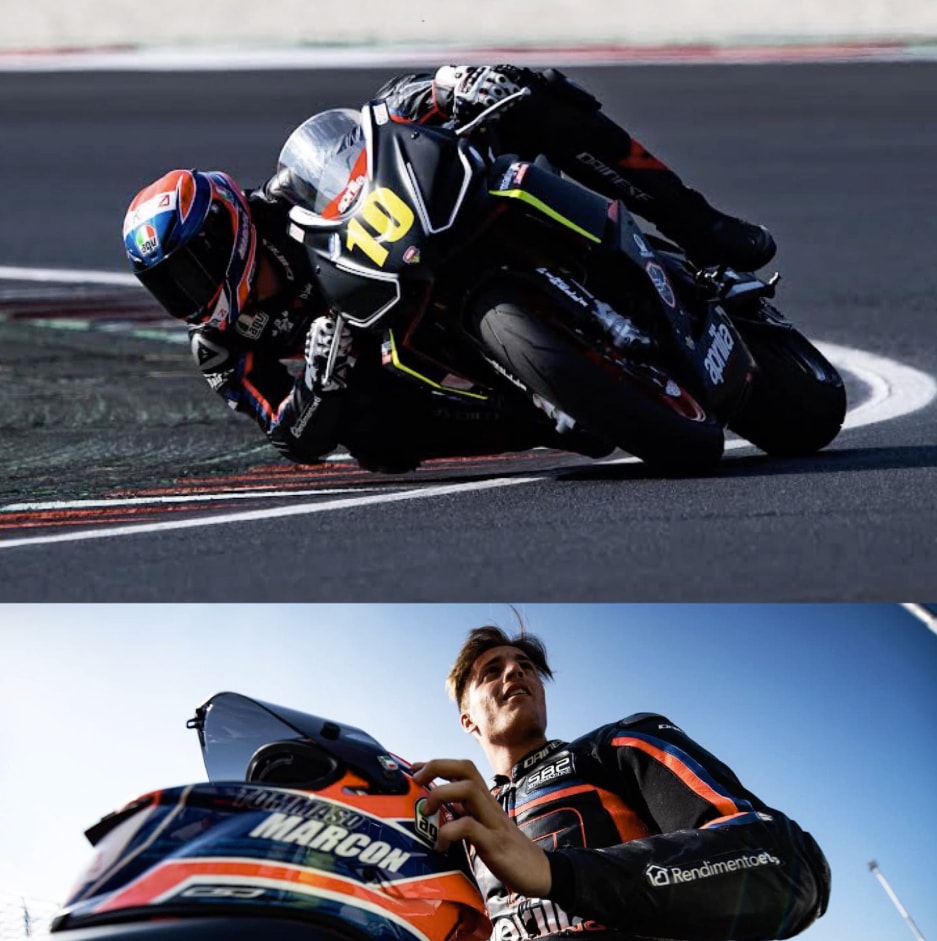 Source of the image: www.facebook.com/RobemEng

THE ITALIAN RIDER TO MAKE MOTOAMERICA TWINS CUP DEBUT, ON THE SADDLE OF APRILIA RS 660, AT NEW JERSEY MOTOSPORTS PARK AND BARBER MOTOSPORTS PARK IN ALABAMA, IN SEPTEMBER. 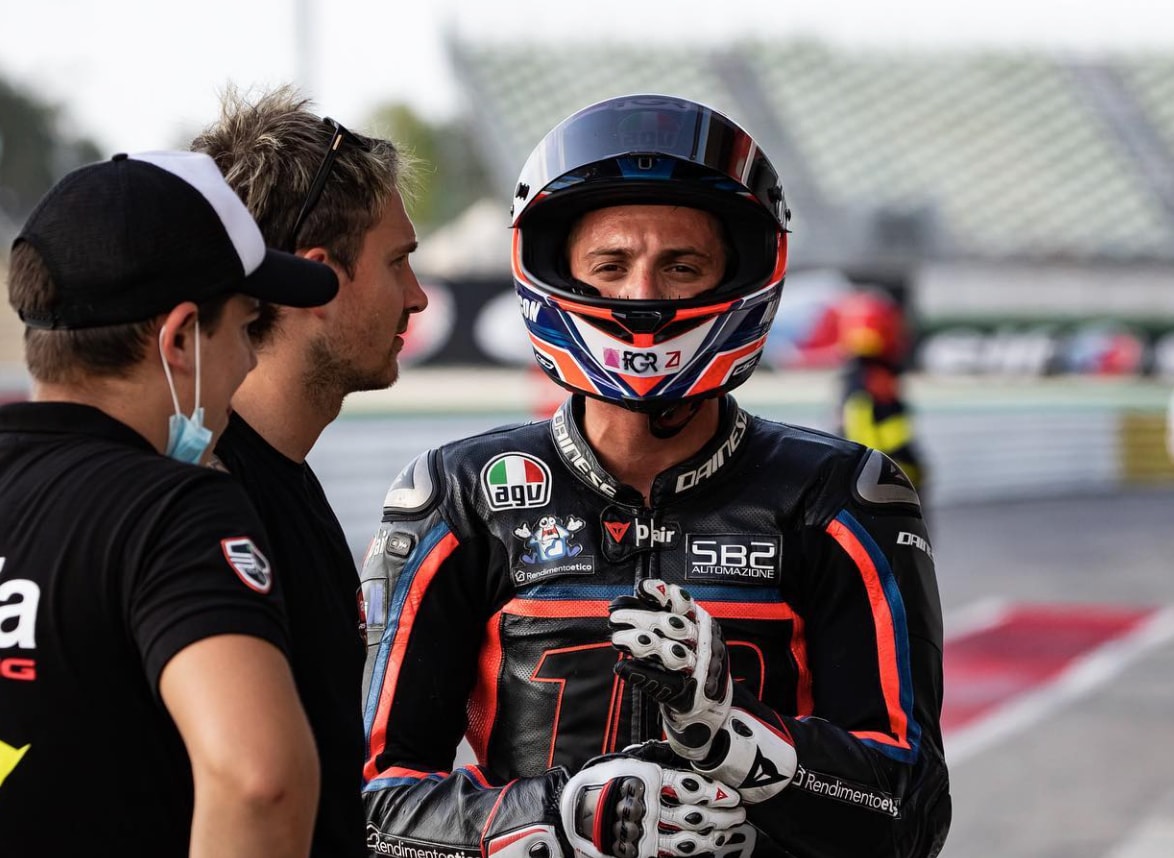 August 2021 - Robem Engineering will have the Aprilia RS660 development rider at the helm of one of its bikes for the remainder of the MotoAmerica season, as Tommaso Marcon is set to join the team for the upcoming MotoAmerica rounds on Sept. 10-12 at New Jersey Motorsports Park and Sept. 17-19 at Barber Motorsports Park in Alabama.

Source of the images: motoamerica.com

The Italian brings a wealth of knowledge from his years competing in several prominent European and international road racing championships that will help the team continue the development of its Aprilia RS 660 package.
“We’re very pleased to be working with rider of Tommaso’s caliber,” Robem Engineering team manager Carl Price said. “I’m really looking forward to getting Tommaso’s feedback from racing one of our RS 660s at New Jersey and Barber. I’m also grateful to Aprilia for helping facilitate Tommaso joining the team for the next two rounds. We’ve seen how competitive the RS 660 has been with very little time for testing and development this season, and I think Tommaso’s input will help us make the Aprilia the platform to be on in MotoAmerica Twins Cup in 2022.” 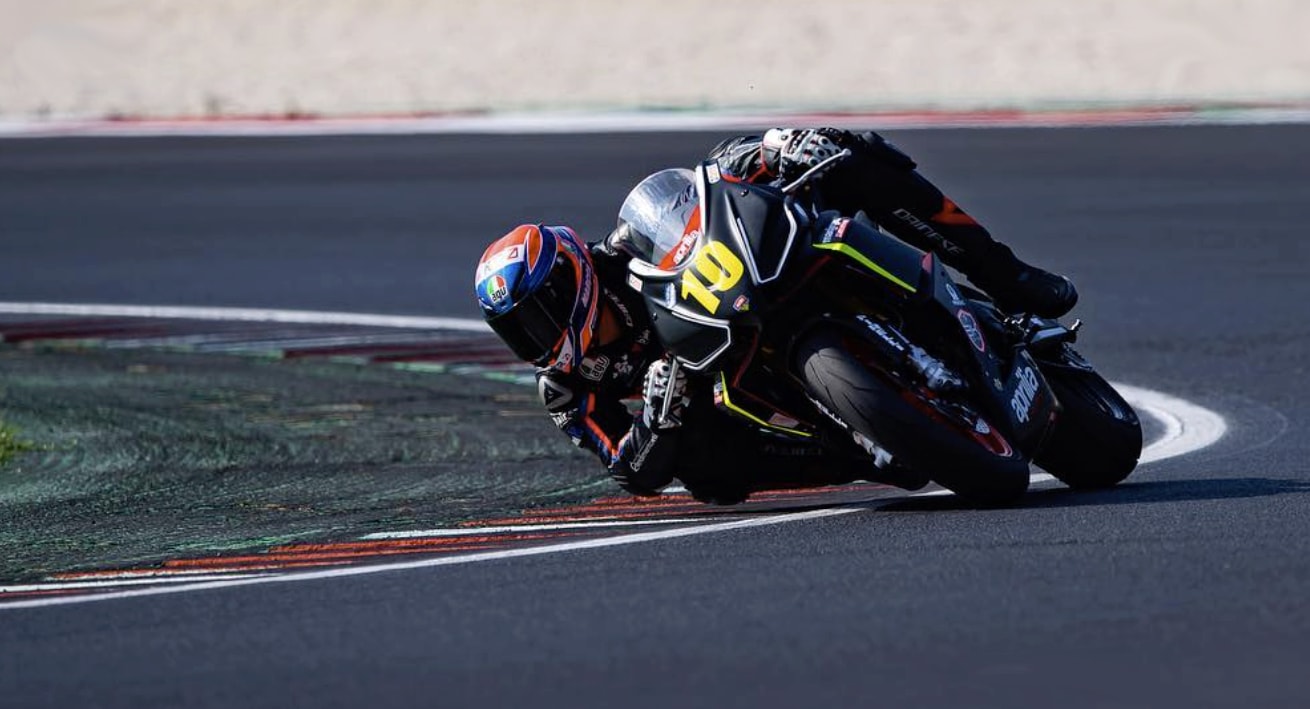 Born in Cittadella (Padua province, Italy), in 1999, Marcon’s experience includes racing with the Red Bull KTM Tech3 team in the FIM MotoE Championship, as well as stints racing in the CIV Moto3 and Moto2 European championships. Marcon also has several FIM Moto2 World Championship races under his belt and became the development rider for the Aprilia RS660 in 2020. 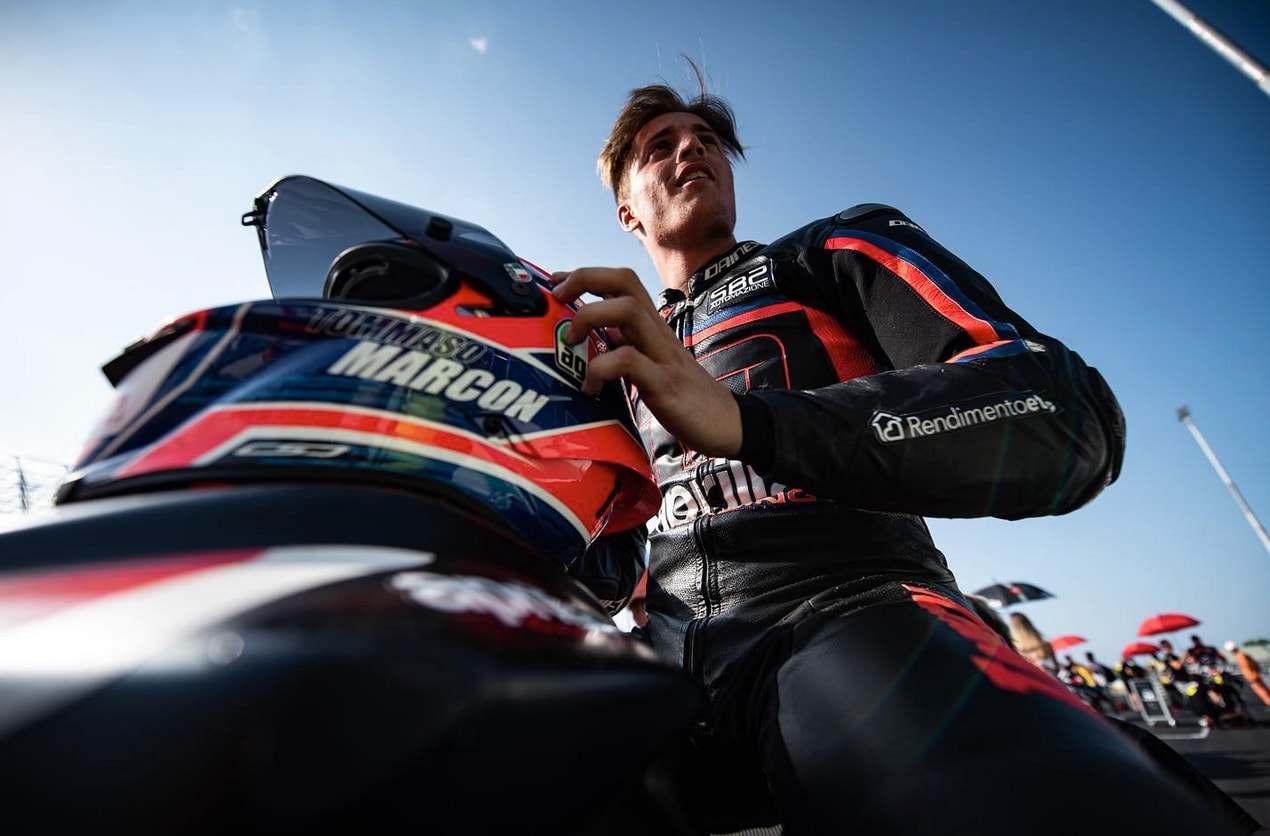 Tommaso Marcon said: "I'm really excited about this new opportunity. The new RS660 has already reached a very good level in MotoAmerica, despite being a newcomer in the field, and we'll use the next races to continue developing the project. I want to thank Robem Engineering, Aprilia Racing and Piaggio Group Americas for the opportunity to compete in one of the best championships for factory derivatives." 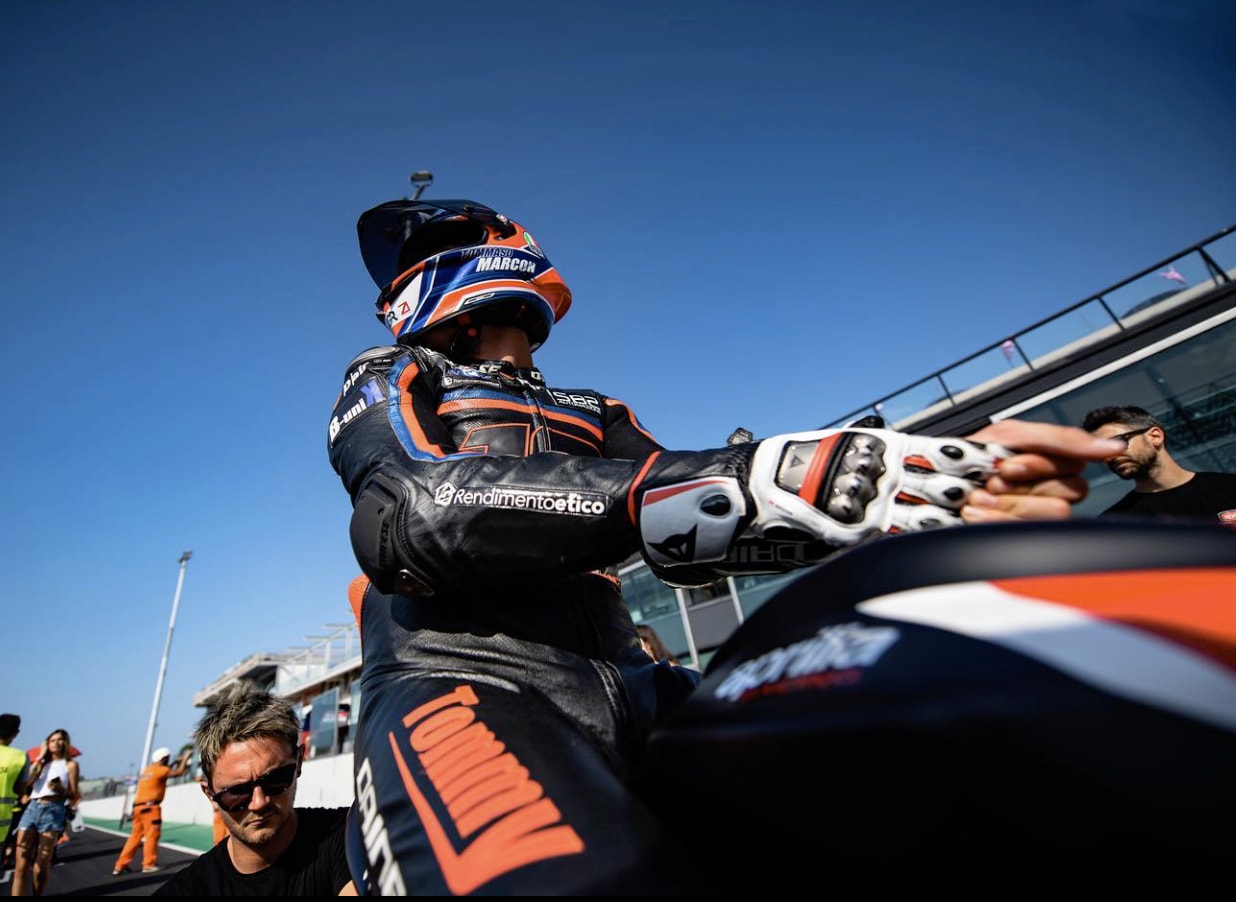 HERE THE NEWS PUBLISHED ON THE MOTOAMERICA WEBSITE:
motoamerica.com/italian-marcon-to-race-for-robem-engineering-in-final-two-2021-twins-cup-rounds

The Robem Engineering team found immediate success when it switched to the newly-homologated-for-2021 Aprilia RS 660 for this season. Rider Kaleb De Keyrel won his first race with the team in the Aprilia RS 660’s first MotoAmerica race – which also featured an all-Aprilia podium – and the team has recorded four wins and nine podium finishes this season. De Keyrel currently leads the MotoAmerica Twins Cup points standings by 53 points and is in an excellent position to clinch Aprilia’s first MotoAmerica title.

To learn more about MotoAmerica Live+ and make sure you can tune in for Marcon’s MotoAmerica debut,
visit www.motoamericaliveplus.com 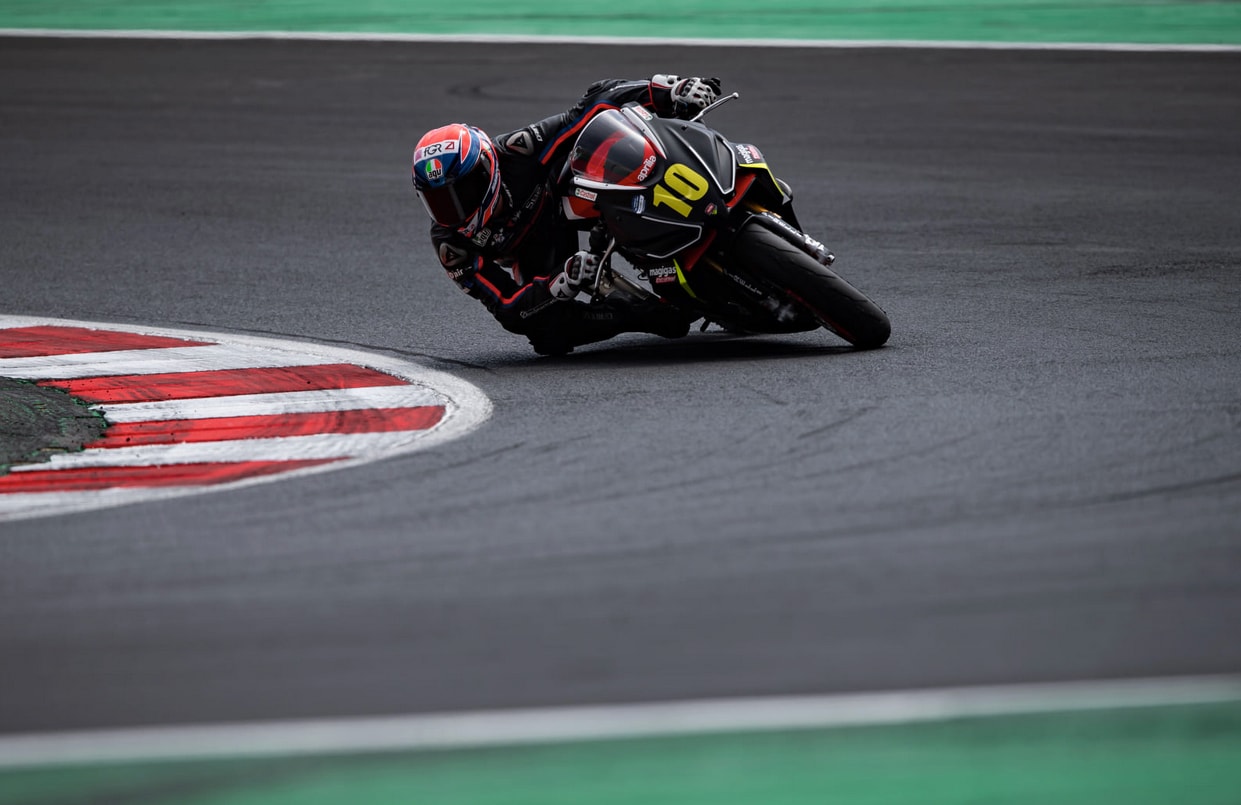