100 YEARS OF MOTO GUZZI – ON THE ROAD THE MEMORIES

1949 MILAN-OSLO: ADVENTURE FOR THE SCOUTS ON 25 GUZZINI MOTORBIKES 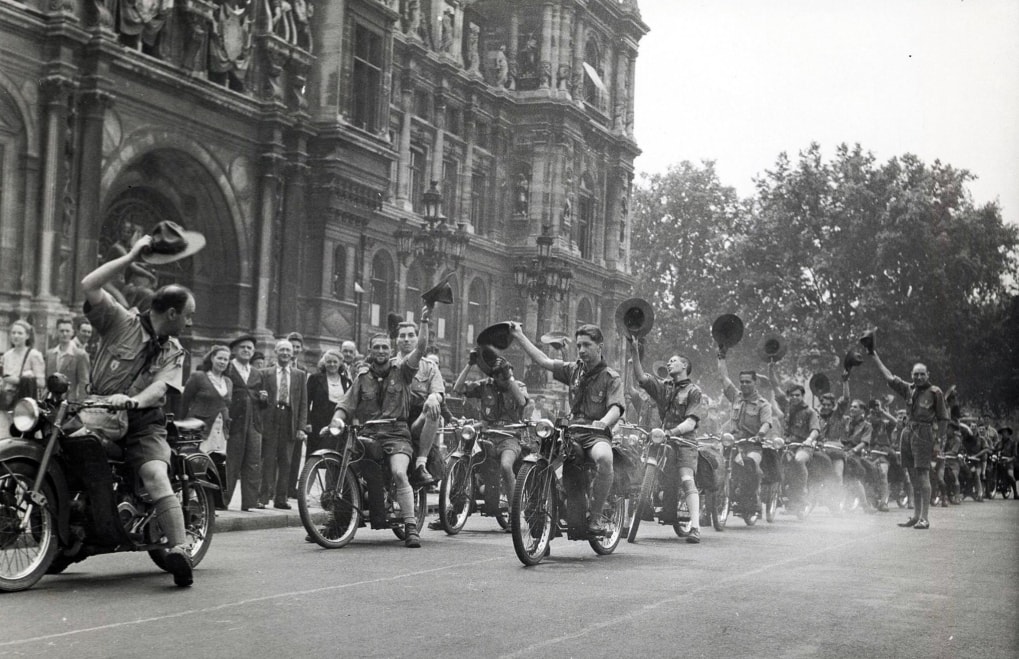 THE RALLY, CHRISTENED THE “RED ARROW” BECAUSE OF THE COLOUR OF THE MOTO GUZZI 65CC BIKES, CARRIED A MESSAGE OF PEACE FOR CHILDREN ACROSS POSTWAR EUROPE, TO MARK THE 20TH WORLD SCOUT MEETING 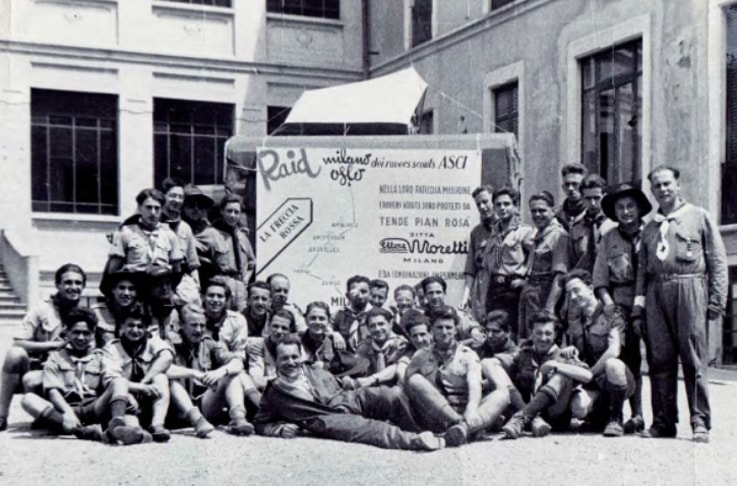 April 2021 - This year, Moto Guzzi celebrates its 100th anniversary (1921-2021) as well as the 75th anniversary of the Guzzino, a historic model of the Mandello del Lario brand. The dual event is an excellent opportunity to remember the Milan-Oslo motorcycle rally organised in the summer of 1949 by the presbyter, educator and writer Don Carlo Gnocchi (1902-1956), with the Milan scouts headed by Don Andrea Ghetti.

Summer 1949: the Milan scouts on Moto Guzzi motorcycles ride down the Champs-Elysées in Paris.

The adventure was known as the “Red Arrow” because of the colour of the 25 “Guzzini” 65cc motorbikes that, in that post-war summer, set off from the Lombardy capital to travel to Scandinavia. The riders carried messages of peace to the European nations along the more than 1,900 km route, in the name of the innocent victims of the war:above all the children who had been left orphaned or disabled and were receiving assistance from Don Gnocchi’s federation for infancy. 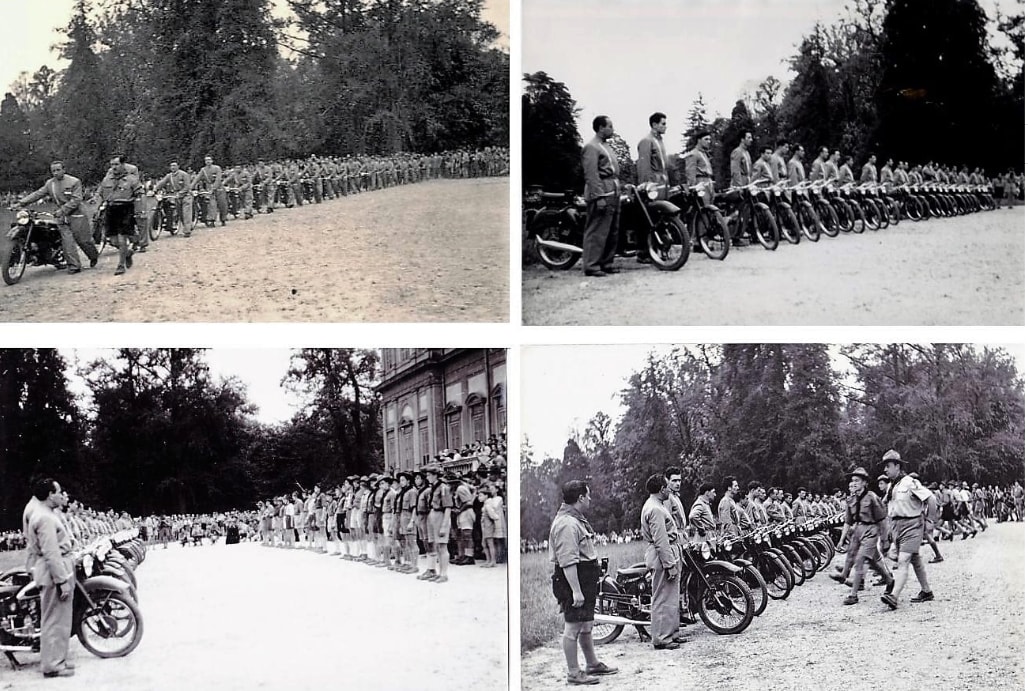 On 17 July1949, 25 Guzzi Motoleggere 65cc motorcycles revved up and set off through the streets of Milan, headed for Skjåk (Norway), leading a Moto Guzzi Airone carrying two Moto Guzzi mechanics, with an Ercole truck bringing up the rear. The motorbikes were ridden by scouts from the “Rocchetta” Asci Milano 1 pack and from other packs in Lombardy. The occasion was the “World Scout Moot”, a meeting held every four years for youngsters aged between 16 and 20 in the Scout movement. This was the first “moot” (derived from the term “meeting” since the end of the Second World War) and took reconciliation as its theme. At the time, the project was nothing short of sensational: taking a group of youngsters, many of whom had never been on a motorcycle before, hundreds of miles across Europe, on uncertain roads, through the devastation left by the war, was a formidable undertaking.

In Skjåk (Norway) a monument stands in memory of the Red Arrow of the Rover Moot, unveiled in 2019 to commemorate the 70th anniversary of the undertaking. Source: “La Freccia rossa della Bontà” (‘The Red Arrow of goodness) Scouts: www.facebook.com/frecciarossascout

Cheered on by public opinion and the press, and sponsored by a number of companies, including Moto Guzzi, the “Milan-Oslo Raid” was a great success: it bore a message of peace and brotherhood to nations that only a few years earlier had been at war with one another. It was also a “prophetic” initiative heralding the idea of a “united” Europe that was just beginning to emerge.

THE STORY AND PROTAGONISTS IN A BOOK, WITH FOREWORD BY FEDERICA MOGHERINI 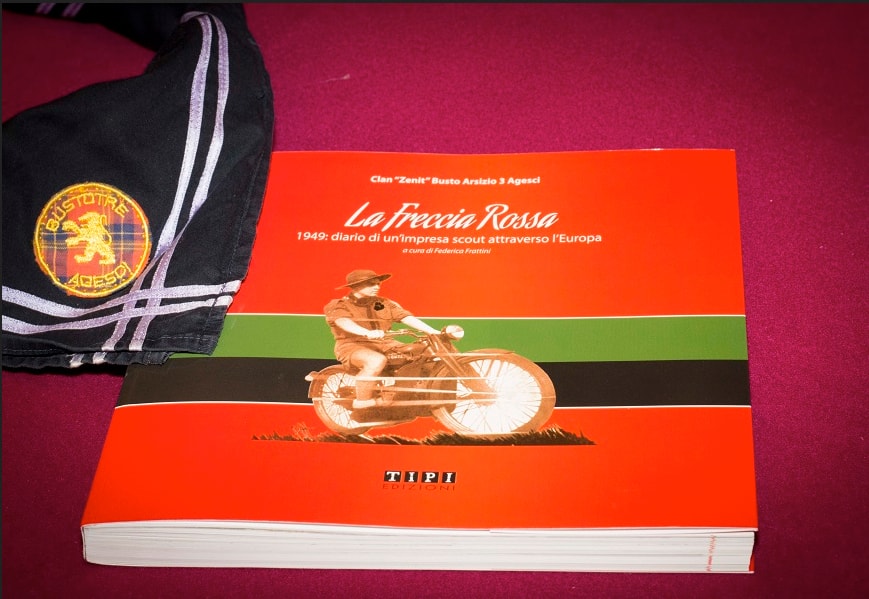 A few years ago, a group of Rovers and Scouts from the AGESCI, the Italian association of Catholic scouts and pack leaders, and the Zenit Busto Arsizio 3 pack, met some of the people who took part in the undertaking. They conducted interviews and collected previously unpublished materials: photos, postcards, newspapers and letters, which have now been put into a book, – entitled “La Freccia Rossa. 1949: diary of a scout adventure across Europe” – edited by Federica Frattini, with Andrea Padoin and Piero Gavinelli (TiPi Edizioni, 2015). The book was presented at the Alessi Room in Palazzo Marino, Milan, with the support of Federica Mogherini, the patronage of the World Organisation of the Scout Movement and a contribution from the Don Gnocchi foundation. The intention is to promote a fresh idea of civic commitment and a vision of peace, something the world still badly needs today. 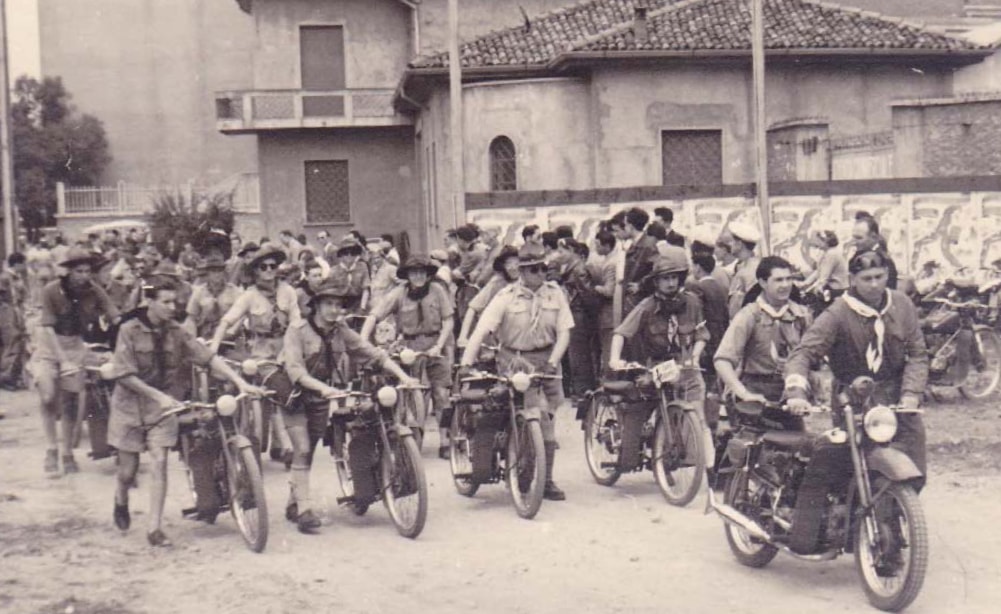 In her foreword, Federica Mogherini, the High Representative of the Union for Foreign Affairs and Security Policy and Vice President of the European Commission at the time, writes: “Sixty years have passed since a united Europe took its first steps... for the first time the citizens of our continent shared a common desire: for Europe never to be at war again. European integration is the answer to that desire. It was this determination that led the scouts involved in the initiative recounted in this book to set off, with their pack leaders, through the wounded heart of Europe. A small red caravan riding through cities in ruins and burned forests... what an incredible experience it must have been for the twenty-five lads of the “Red arrow of goodness” to meet their French, German and Norwegian peers... all of them working together for peace. It was a symbolic trip, but it had a very tangible goal: to help the smallest and most defenceless members of society: the children who had been left disabled by the war.

Source images and extract from the foreword: 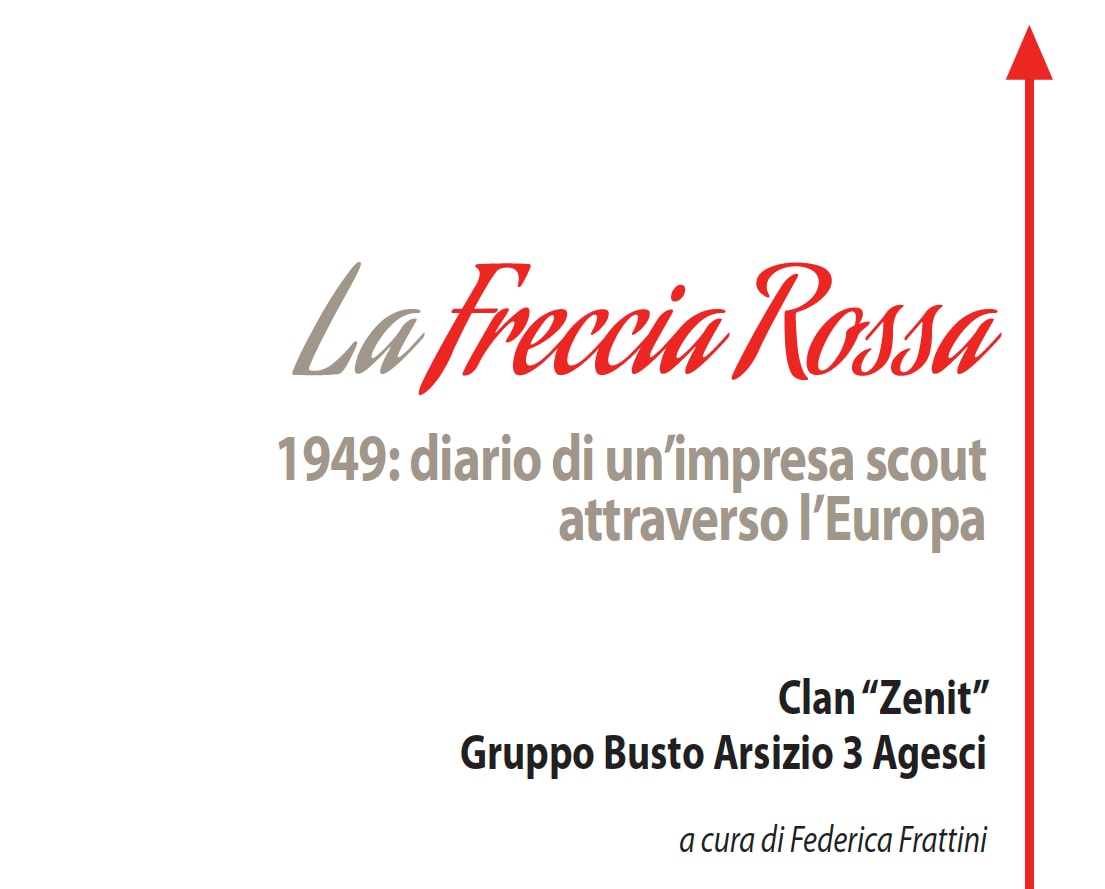 I am also struck by the fact that during their journey, the scouts met the leaders of the Council of Europe, which had been formed just a few months earlier. It was already clear then that the only way to avoid a new war was cooperation among all our nations. Reading this story gives us an insight into how our Union was created. And it reminds us that we can all make a contribution. Those lads were not much more than eighteen years old. They didn't wait to “grow up”, they got on their bikes (literally, ed.). They knew that peace is everyone’s responsibility. As much today as seventy years ago.” 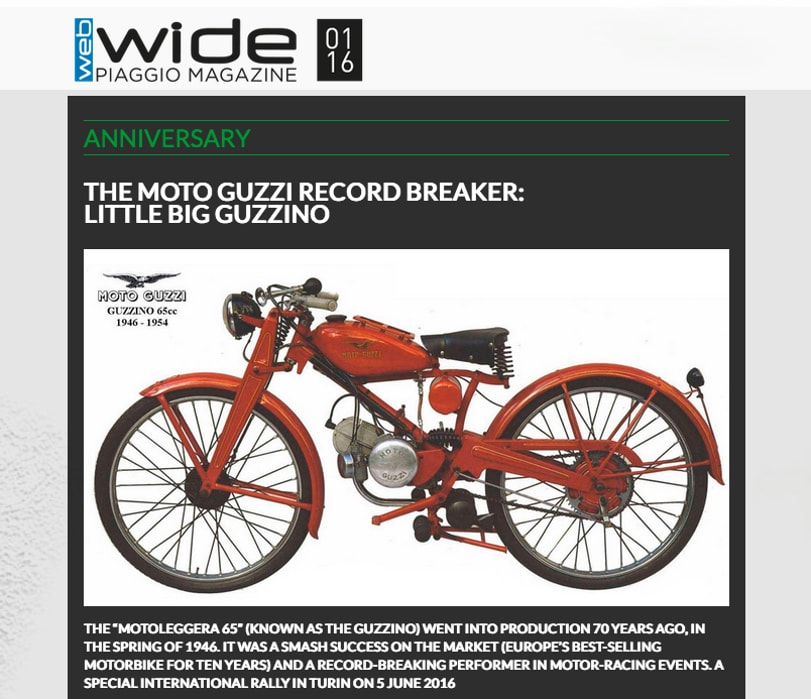