THE PROJECT OF THE “RADIOIMMAGINARIA” YOUNGSTERS 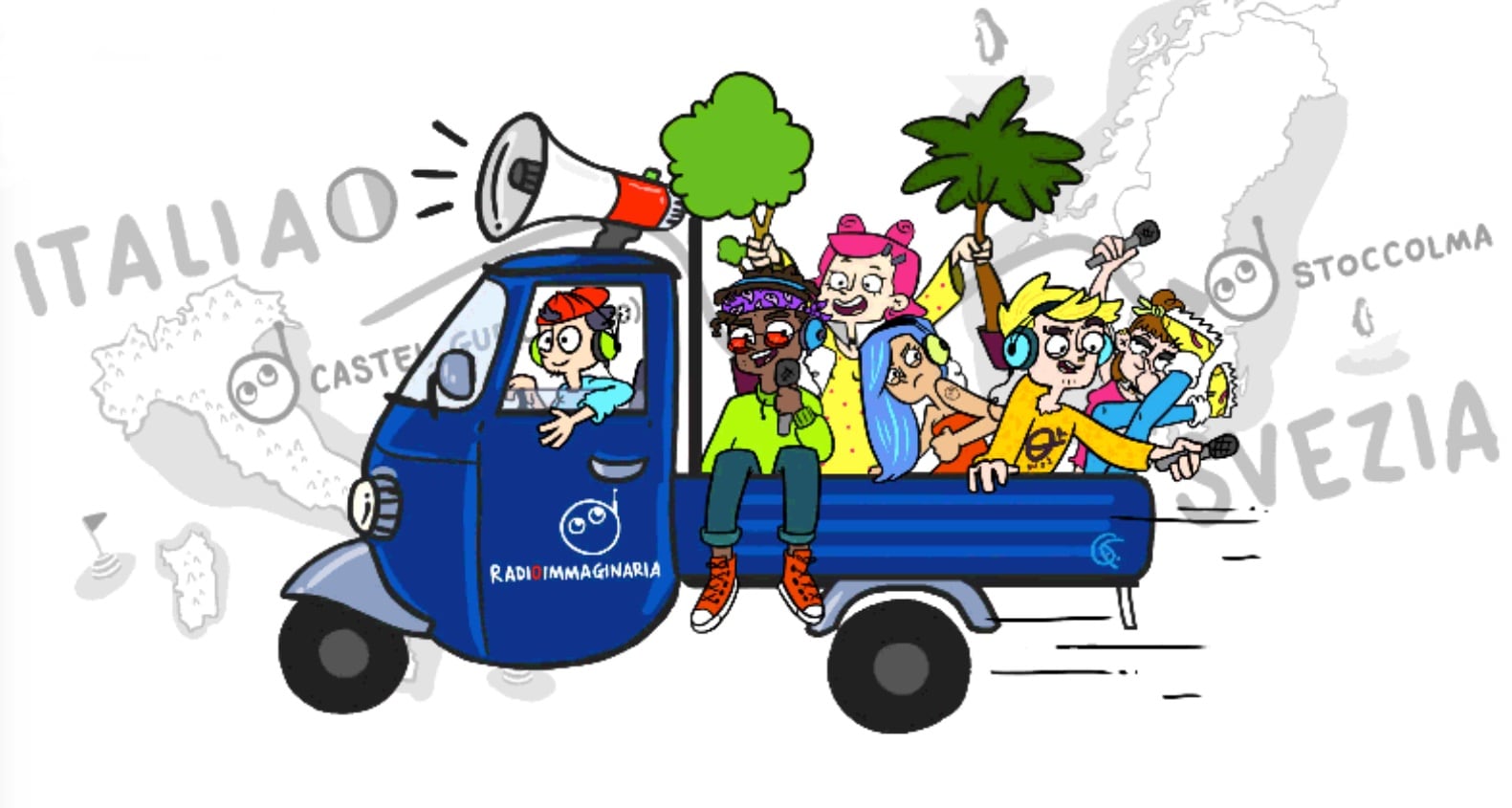 June 2019 – From Castel Guelfo in the Italian province of Bologna to Stockholm to meet Greta Thunberg, travelling across Europe on a Piaggio Ape. This is how the group of youngsters (aged 11 to 17) who planned the “OltrApe” project presented themselves: “Ciao, this is radioimmaginaria, the teenagers’ radio. Our dream is to travel from Castel Guelfo (Bologna) to Stockholm with an Apecar from 1970, to meet Greta and find out how her idea to save the world developed, and then tell everyone about it all on the radio. Sweden is a long way away.

Can we count on your help? Hey, we’re kids, the journey doesn’t frighten us, but our future does. We’re a radio for teenagers, we like talking, communicating and discovering new things, just like any youngster. Since we’re mad about difficult journeys, in August 2018 we bought a 1970 Apecar in Sicily, fitted it out as a mobile radio studio and drove it (with the help of a few crazy adults) to Castel Guelfo near Bologna, where our radio was launched in 2012.

(From Castel Guelfo/Italy to Stockholm to meet Greta and discover Europe. Find out what Europe is too important. We are born and we often take it for granted. With our project OltrApe we would like to give all the youngsters, even to those who cannot afford a year abroad, the possibility to travel and have experiences in other European countries”).

Being a radio is a great responsibility, today there are 300 of us, from seven different countries. Our motto has always been to ‘transmit and receive signals from the world of the future’. But what will this world of the future be like? Then there’s Greta Thunberg, a girl like us, who with just a placard written in felt-tip pen showed us that we are the only ones who can and must answer the question: how will we live tomorrow? Nobody else. 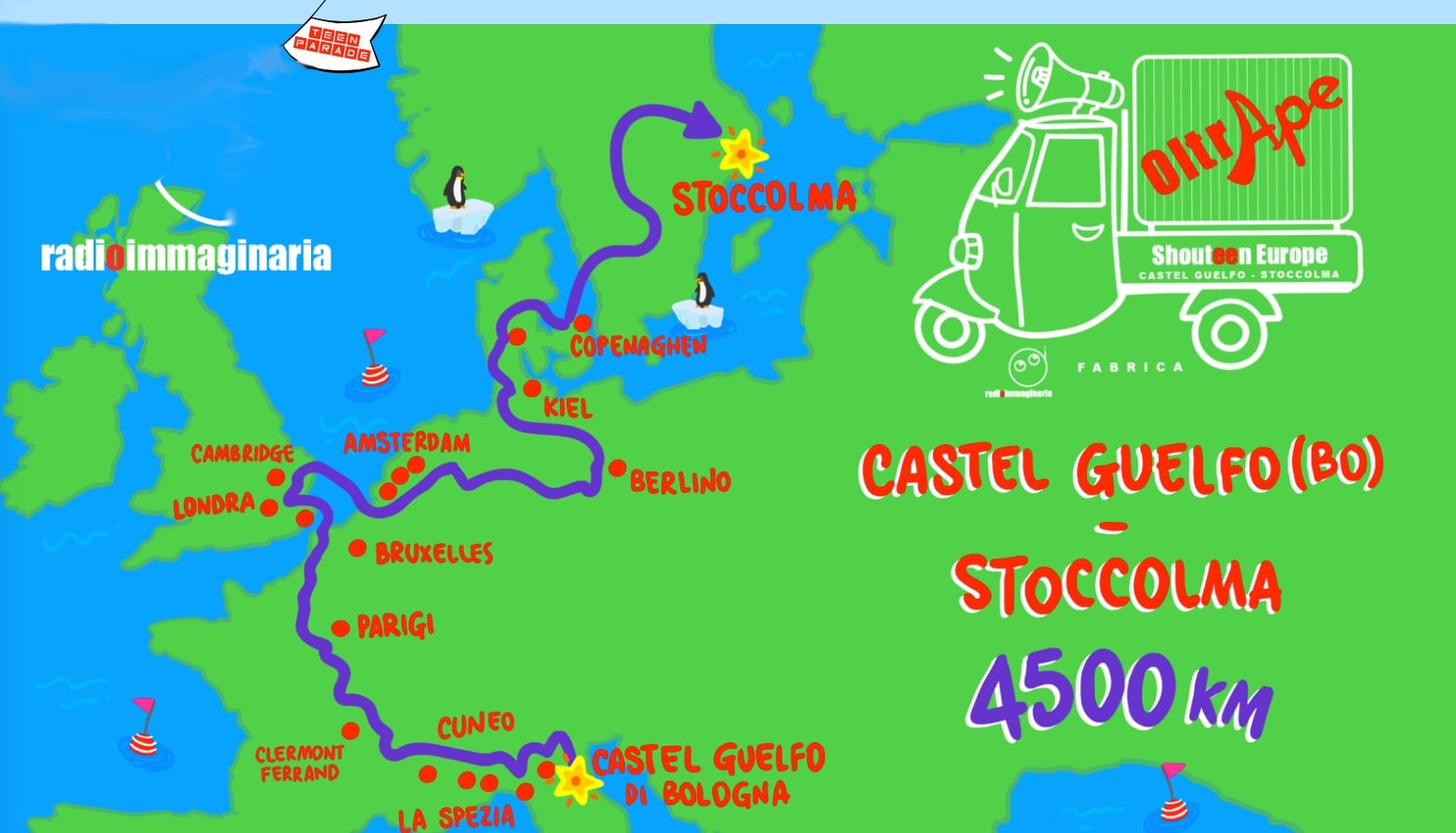 These questions were the trigger for the OltrApe project. Another mad idea, which is to put our Ape back on the road again, with a few adults with a driving licence, and head for Stockholm. People say that young people don’t have a great sense of initiative, but on that 15 March for #fridayforfuture, we filled the squares of Italy. So, on 29 July we’re off in the Ape to meet Greta…”.

To finance their “expedition”, the kids from ‘radioimmaginaria’ have set up a fund-raising campaign on the Ginger platform:
www.ideaginger.it/progetti/oltrape-da-bologna-a-stoccolma-per-conoscere-greta-thunberg.html 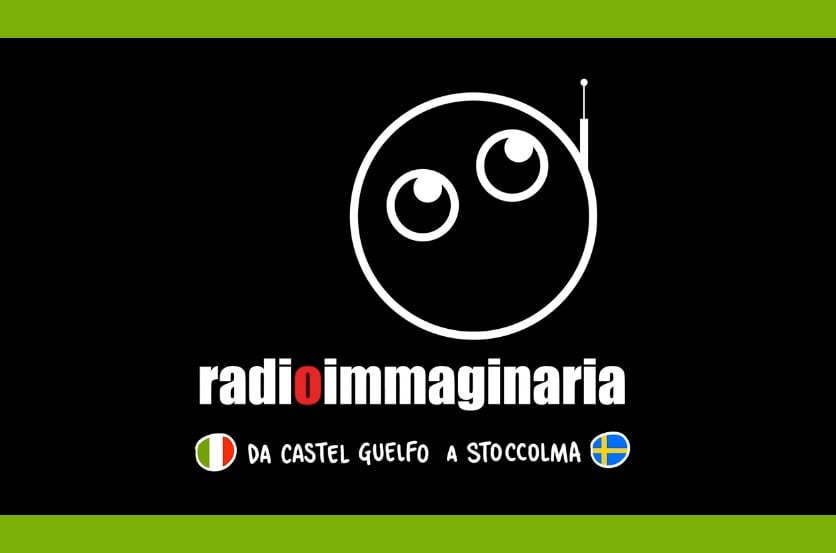