SPECIAL EDITION OF THE BOOK

AMERICA ON A VESPA RECOUNTED BY GIORGIO SERAFINO 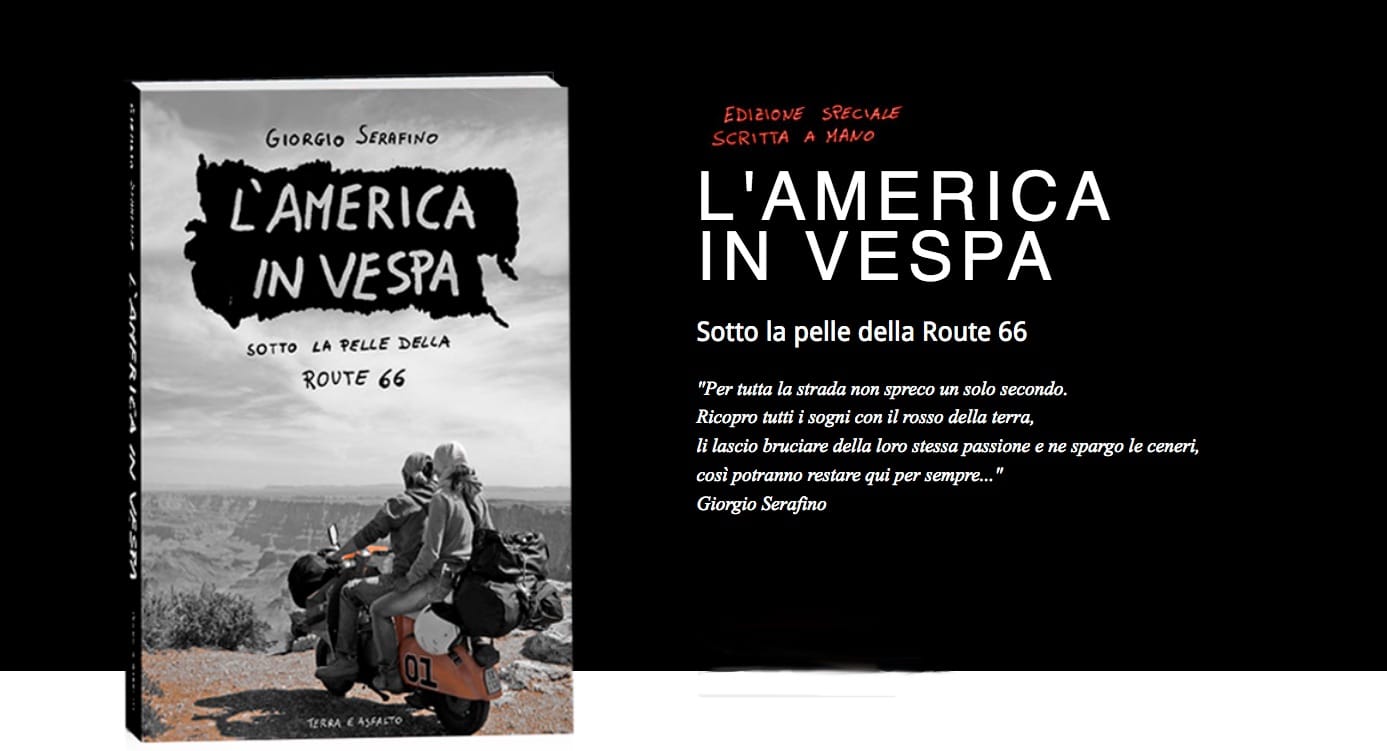 A SPECIAL EDITION HAS JUST BEEN PUBLISHED OF “L'AMERICA IN VESPA – SOTTO LA PELLE DELLA ROUTE 66”: 304 PAGES WRITTEN ENTIRELY BY HAND, WITH DRAWINGS AND SKETCHES, A COLOUR PHOTO INSERT AND AN INTRODUCTION BY AMERICAN POET JACK HIRSHMAN. FROM CHICAGO TO LOS ANGELES, 4,000 KILOMETRES, 8 STATES, 3 TIME ZONES.

“L’ America in Vespa – sotto la pelle della Route 66” [“America on a Vespa – Under the skin of Route 66”] by Giorgio Serafino (2017, first published by Mursia in 2011) is a raw, passionate account of a trip Giorgio made with the girl of his dreams, Giuliana Foresi. From Chicago to Los Angeles along the legendary Route 66, an adventure that becomes an inner journey, dust-laden and wind-blown, deep in the desert and dense with odours, spread-winged in the great American sky. A spontaneous, unfiltered, at times surreal story that transports you into a dream and takes you directly to the heart of a great escape.”
“I don’t waste a single second throughout the journey. I cover all my dreams with the red earth, let them burn with their own heat and scatter the ashes, so they can stay here forever...”

“Now at last I have retrieved the dream and, after years of silence, it will be back on the road: ‘America in Vespa - sotto la pelle della Route 66’, was my dream… but I felt it had been stolen from me, so I decided to do without a publisher and publish the book myself, without an editor” explains author Giorgio Serafino.

The adventure began in 2010 when Giorgio Serafino travelled down Route 66 with his wife Giuliana Foresi on an old Vespa 50 special from 1978 (nicknamed “the General”). “We lived in a caravan for 5 years while we built our house, all by ourselves,” Giorgio says. “Everyone told me to scrap the old heap of iron I’d been given as a present, but I wanted to paint it like the General from the TV series Hazzard, and ride it down the mother of all roads, the road everyone dreams about, Route 66, from Chicago to Los Angeles.” 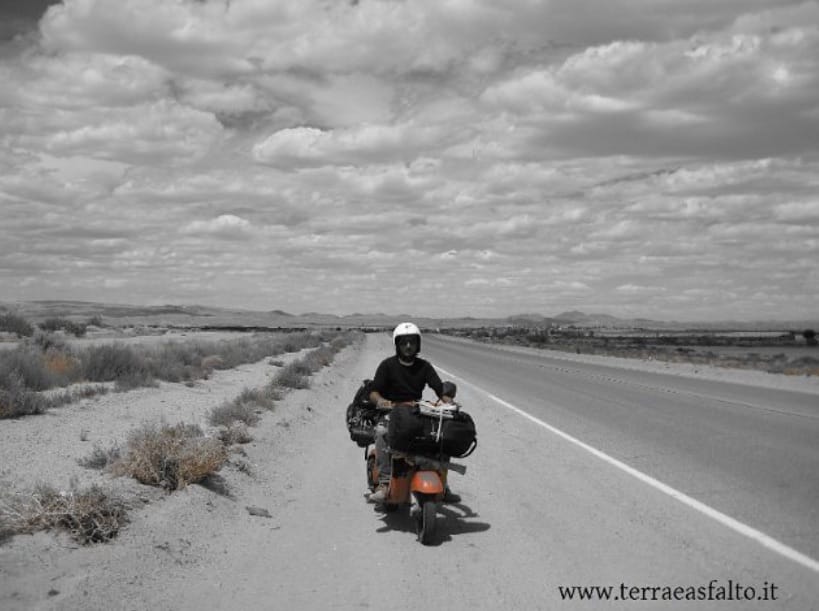 “Now to celebrate my independence from publishers, I’ve written a special edition of ‘L' America in Vespa’. The entire book is written by hand to make it even more real and true, and even more of an experience, for me as the writer and for the reader. Everywhere today … communication is digital … everyone writes the same way. I wanted something that would vibrate, that would be as close as possible to what I feel and what I experienced. That’s why I decided to write it by hand. You can see that the writing changes depending on the emotion or the landscape being described, without my even noticing it: when I was frightened, in seventh heaven, when I cried, when I rejoiced, when I was burning in the heat of the desert or simply burning with passion and that mad desire that made me flee from everything I didn’t like …
This is my dream, my handwriting, my soul … in the greatest possible freedom!”