BIG ROUND TRIP WITH THE MOTO GUZZI STELVIO: CHILE AND PERU, FROM VALPARAISO TO CUZCO 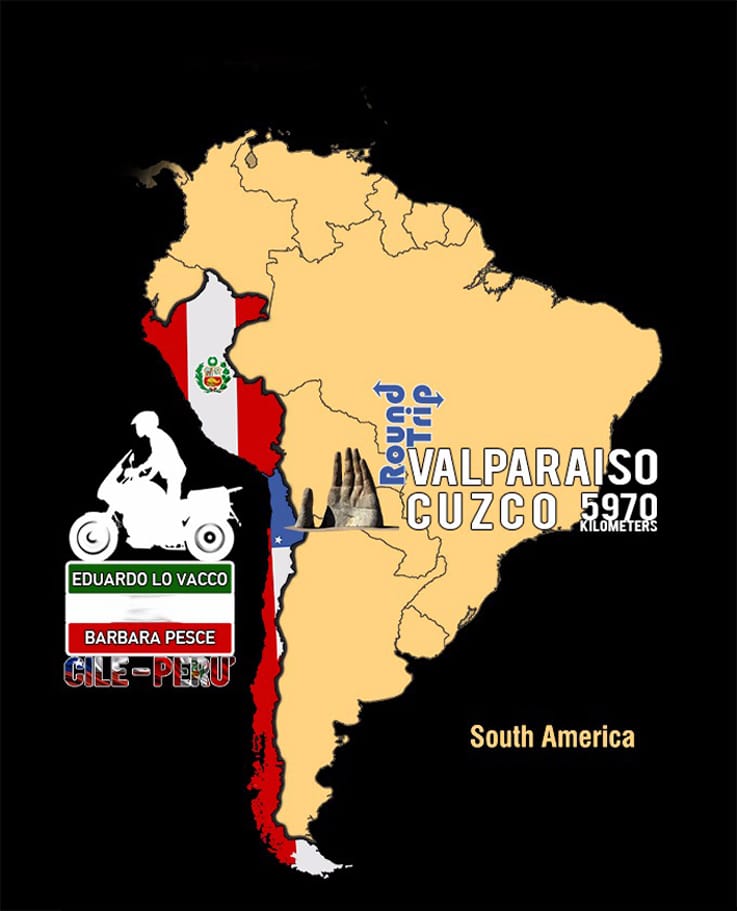 ALMOST 6,000 KM, UP TO THE HEIGHTS OF MACHU PICCHU: THIS IS THE LATEST CHALLENGE A COUPLE OF GUZZI SUPER-BIKERS – EDUARDO LO VACCO AND BARBARA PESCE – HAVE SET THEMSELVES. FROM 29 DECEMBER 2017 TO 19 JANUARY 2018, INCLUDING A STRETCH ON THE DAKAR RALLY. 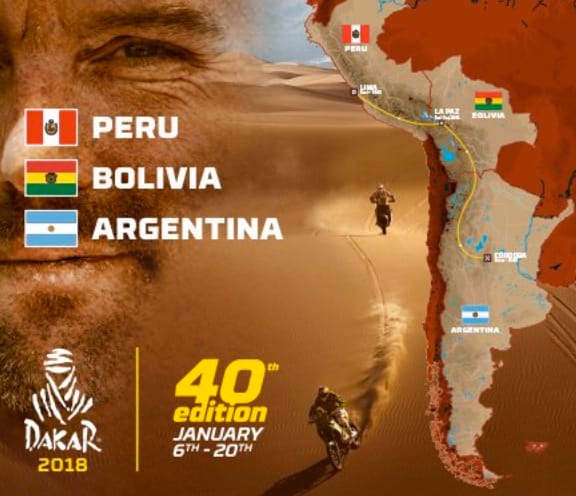 A couple of Guzzi super-bikers – Eduardo Lo Vacco and Barbara Pesce – are about to set off on a new adventure. As the countdown begins to their departure date, Barbara tells us about their latest challenge: “On our Moto Guzzi Stelvio NTX 1200 we shall be riding through Chile and Peru, from Valparaiso to Lake Titicaca/Machu Picchu and back. We sent the bike off in a container a month ago, after equipping it for the journey of almost 6,000 km with altitudes of more than 2,000 metres, which we’ll be completing in just three weeks.

“The expert is my partner Eduardo Lo Vacco, who is the rider, maintenance engineer, Guzzi expert (and opinion maker in the biker community), and has a passion for vintage motorcycles. With this round trip, we shall be proving – if proof be needed – the ability of the Moto Guzzi Stelvio, and the comfort it offers, to undertake all types of journey and deliver the same if not better performance levels as competitor bikes. This motorcycle really knows its stuff!” 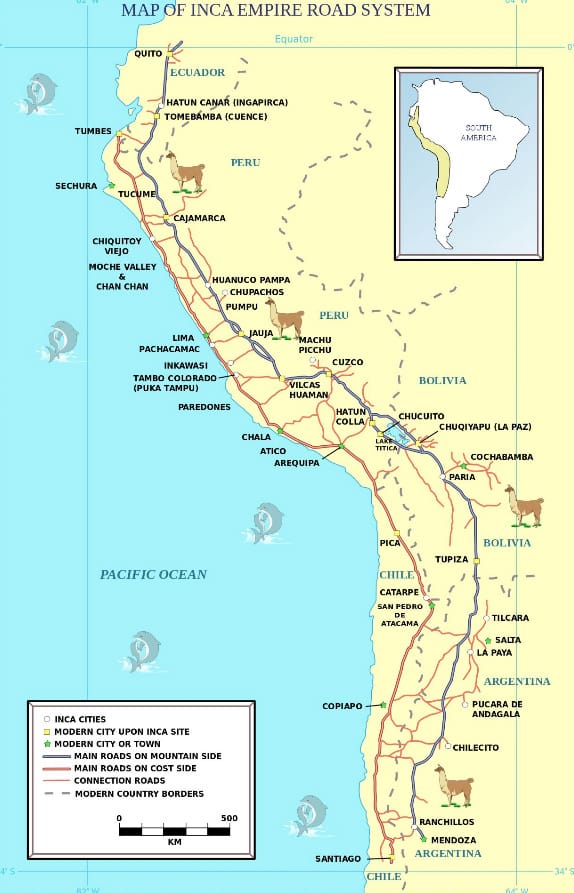 “We have planned the route to ride a daily average of about 600 km a day, taking into account fuel availability and possible refuelling stops. The border between Chile and Peru won’t be the only border we’ve ever ridden across, but it is certainly the most important one to date. We hope to meet the Moto Guzzi distributor in Santiago, Gildemeister Motos (www.gildemeistermotos.cl) and some of the Moto Guzzi clubs. 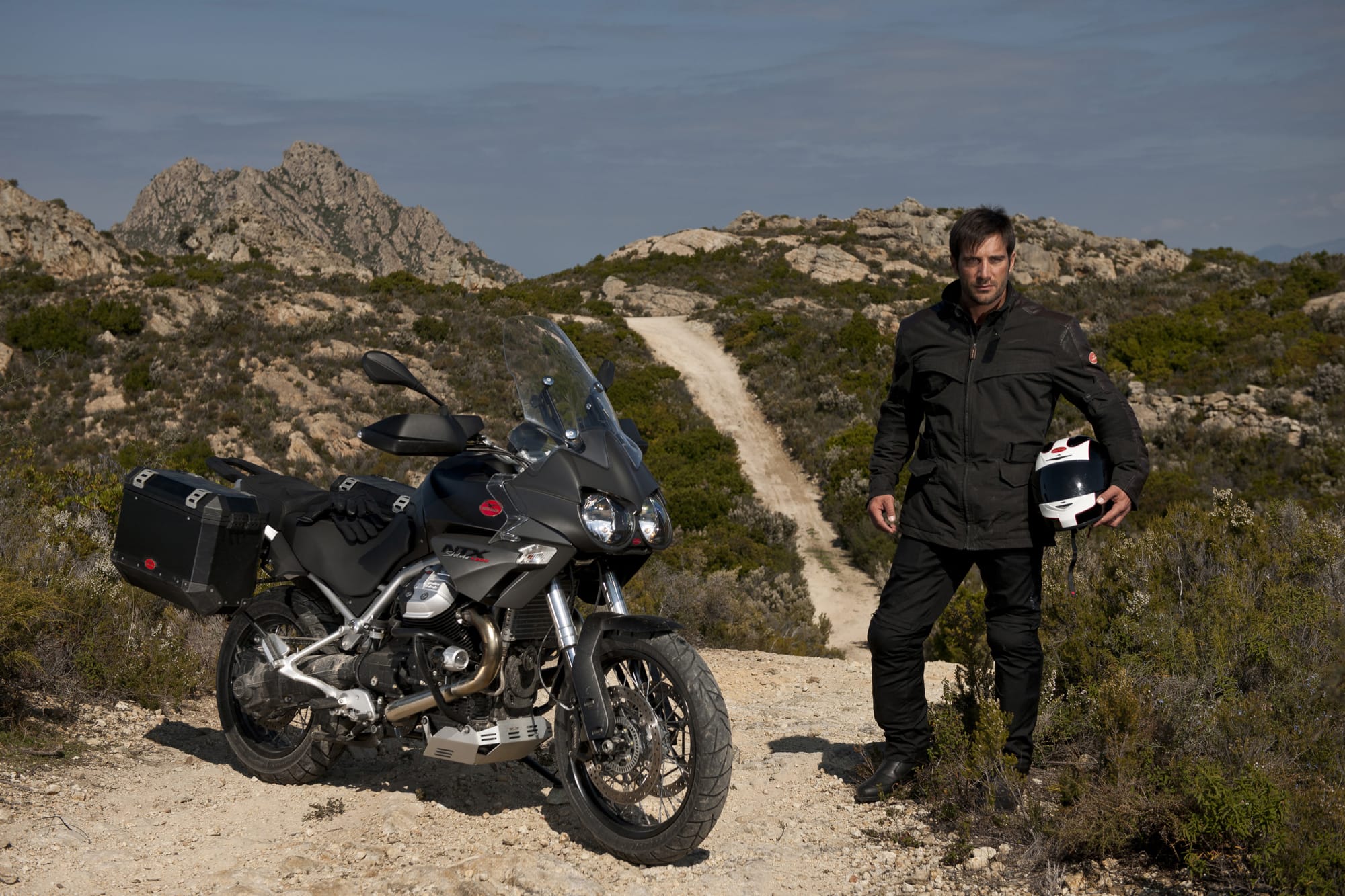 “We ride all year round… our trip to the 60th Elefantentreffen, in the freezing ‘Elephants’ ditch’ in Solla, was a great success with the Stelvio. We’re adventurous travellers, but well organised… and enthusiastic Guzzi bikers; in fact our riding gear is all strictly original Moto Guzzi. 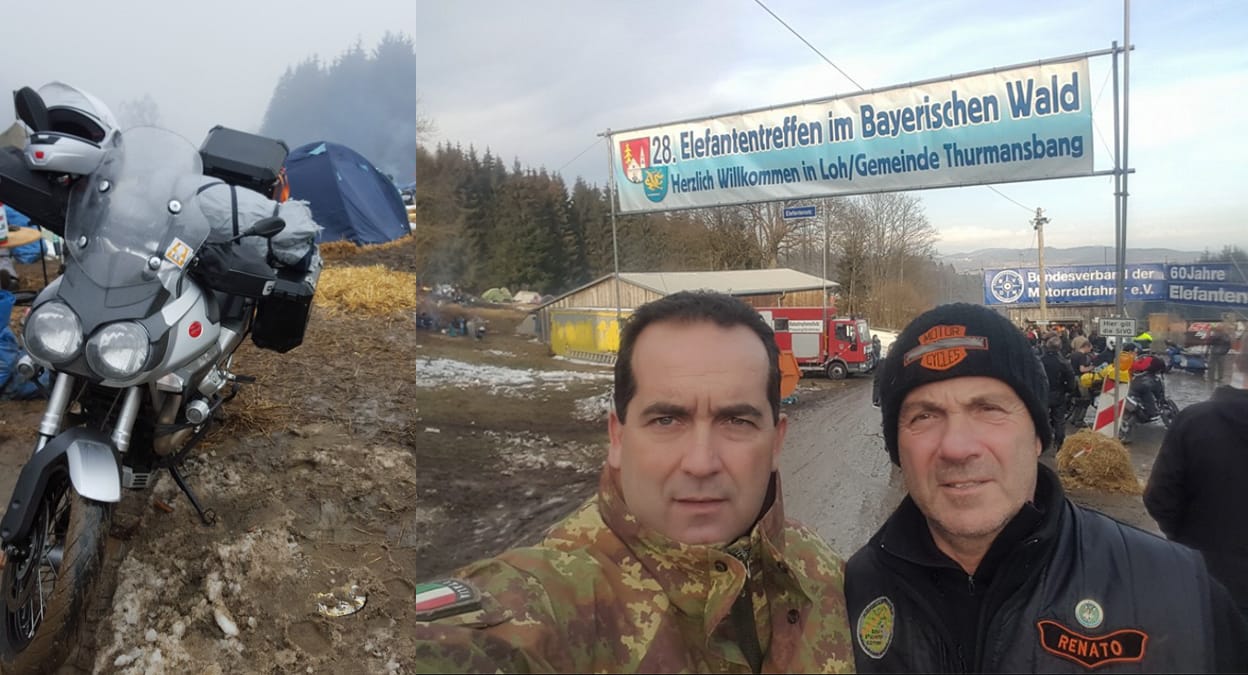 For this trip, additional 12-litre tanks have been installed on the bike, the original paniers have been reinforced with an oil and petrol tank holder. The fuel timing has been updated, the tyres replaced with Heidenau k60 scouts from Germany. We’ve also replaced the aluminium skid plate with one in high-strength aeronautical stainless steel. When we leave we always tell our Guzzi mechanic, who is certainly one of the best: Tiberio Farneti from the Opificio bike store in Rimini. He’s a real expert, and can ‘sort out’ a Moto Guzzi bike… on the telephone. He’s infallible as far as we’re concerned. Remember the name, Guzzi bikers, it’s one to know!”.

CHILE: La Serena, on the Pacific coast. The ‘Mano del desierto’ (‘the hand in the desert’) sculpture near Antofagasta, on the 5 Panamerican Highway.

“We leave on 29 December 2017 and arrive in Santiago on 30 December. The bike will be waiting for us in Valparaiso. The return flight is on 18 January 2018, arriving at Rome Fiumicino on 19 January. For New Year, we’ll be in La Serena, in Chile! And just to add an extra thrill to our adventure, we’re planning to join the Dakar Rally on 11 January 2018.”

THE STELVIO AND US: “I come from Terni, and I’m a corporate consultant in welfare and organisation… when I’m not riding a bike. Eduardo is from Viterbo: he’s a specialised helicopter pilot with the Italian Army (and has been on several foreign missions). Our Moto Guzzi Stelvio NTX 1200 is from 2011. We bought it in 2013... and went down to Sicily to pick it up. The bike we used on our very first ride was a wonderful Moto Guzzi Centauro from 2009. We had a great trip with the Stelvio to Bosnia Sarajevo and Croatia. We left by boat from Ancona and came back by road. We’ve also ridden to Greece and Turkey/Istanbul, after sailing to Greece. On the way back from Turkey, we had a mishap: we had to brake suddenly, the Stelvio stopped without skidding or tipping, it was stable, strong and safe. Someone came into the back of us, but thanks to the skid plate, the reinforced paniers and our Guzzi protective clothing we came out unscathed. We’ve also ridden to Corsica, the Amalfi Coast, Sicily. And of course to Mandello del Lario, the Moto Guzzi homeland! So far, we’ve ridden 40,000 km on the Stelvio. And we’re not stopping yet...” GOOD LUCK! 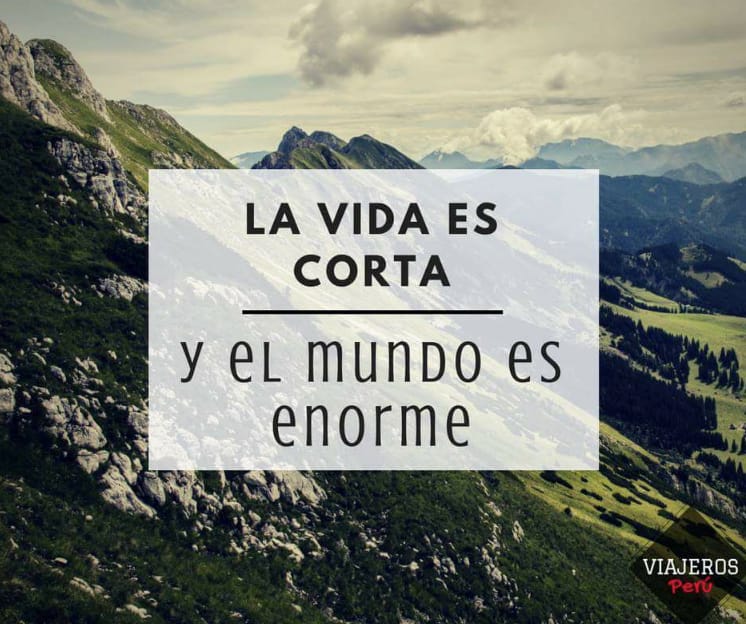