February 2022 – With a healthy dose of humour, Chris Donaldson has entitled the article he sent to Wide magazine “Adventure before Dementia”. Far from any “dementia” in terms of senility, he is a 63-year-old “youngster” - who perfectly embodies the saying “You don’t stop riding when you get old, you get old when you stop riding” - protagonist of an extraordinary motorcycle adventure over 40 years ago which has become a best-selling book: “Going the Wrong Way”. 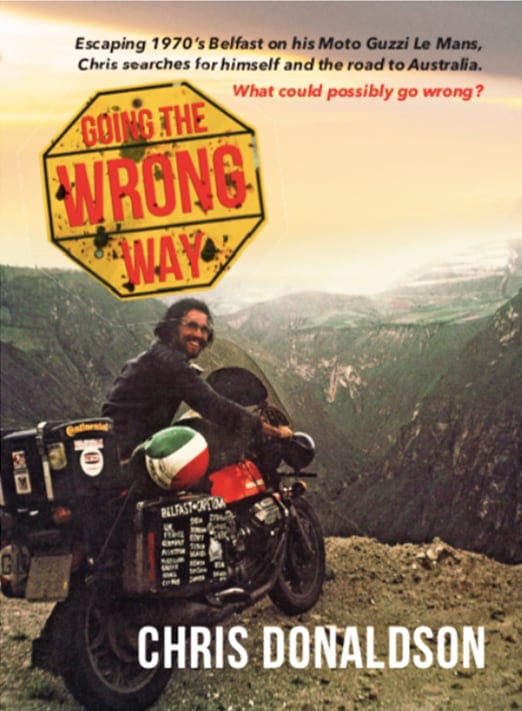 Here is the presentation: “Brought up in 1970s Belfast during the Troubles, Chris planned for years to escape Northern Ireland and ride a motorcycle to Australia. But the Iranian revolution closed the road east and he spent the next two years travelling the world on trains, planes, bikes and yachts. After blasting through blizzards in the Austrian Alps, he found himself trapped in Israel, then in Syria and Jordan, being held up by local Militia with machine guns…”
More than 40 years after that wild and risky journey, Chris decided to give it another go. Once again on his bike, with the same adventure companion as back then, his Moto Guzzi Le Mans. Here is the chronicle of his recent trip, completed in two legs between September and November last year, from the UK to Israel. Still chasing that dream for over 40 years: Australia! 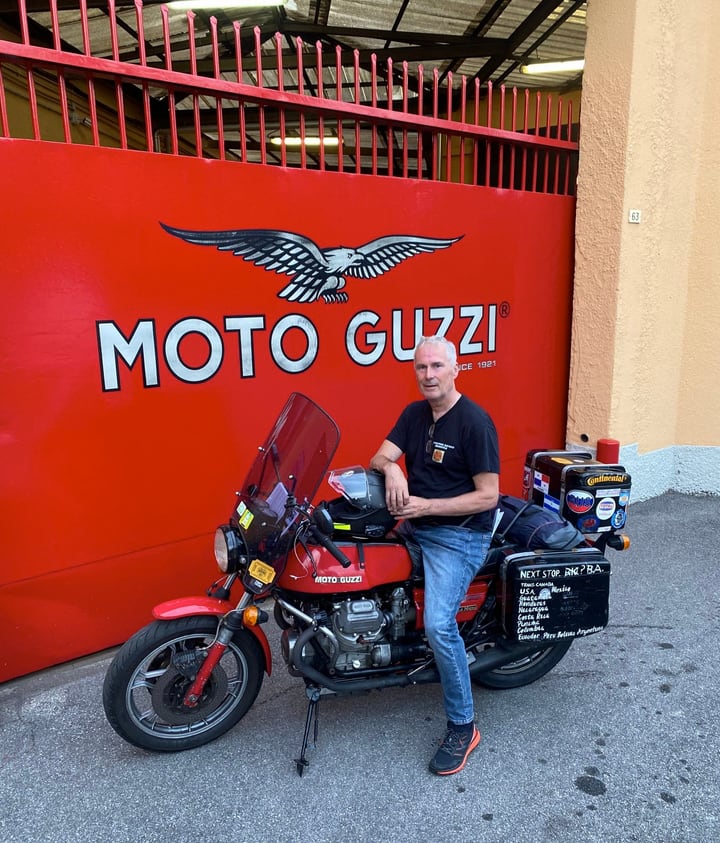 GOING THE WRONG WAY, 2. “Adventure before Dementia” by Chris Donaldson.

When the Ayatollah Khomeini took over Iran in 1979, he pissed of a lot of Americans. He also screwed up my overland ride to Australia. I had just left Belfast on my Moto Guzzi Le Mans, so I ended up going to the Middle East, Africa, and North and South America. Everywhere but Australia!
So this year [2021], after the publication of my book, Going the Wrong Way, at the age of 63, I decided to take the same 44 year old bike and try again. Together with my young 50-year-old mate Liam on his new Moto Guzzi V85, we left the UK in September leaving the Overland Event in Oxford, before stopping at the Ace Cafe in London and the Brighton Burnout. After crossing to France, we headed south through the Black Forest and Switzerland, before stopping in Mandello del Lario for the Moto Guzzi Centenary (…).

Down to the coast to Genoa, we joined a huge motorbike demonstration (…). Then we followed the Italian coast south from Portofino to Rome, then on to Pompeii, where our bike boots walked where the chariots had left groves in the cobbled streets.

We had had no problems with Covid restrictions since we left the UK, but decided not to go to Albania when we discovered that due to the virus the Greeks were only letting 140 people a day to cross the border (…) so, we opted for an overnight ferry from Bari to Greece, and the next day we cruised into Athens, from where a much younger but just as stupid me had left for Israel 42 years ago.

The two Guzzies performed well, with a bit of competition between my 44-year-old Le Mans and Liam’s young pretender V85. We left the bikes at a Moto Guzzi shop, and flew home to replenish our wallets and relax our brains for a couple of months before flying out again in November.
On starting the next leg, we shipped the bikes to Israel, and spent a few days seeing the sights before we rode to the Jordan border post in Eilat. Then disaster, the Israeli guards warned us that the Jordanians might not let us, and we wouldn’t get back as Israel only issues Visas at the airport. We could be stuck in no-man’s-land forever! Tom Hanks, eat your heart out!

The Israelis checked with the Jordanians and sent them pictures of our bikes, but the Jordanians said they didn’t like them… We would be forced to take the boat out of Israel, just as I did 42 years ago. Egypt had very bad Covid numbers. We could go out though Syria… but while the civil was over, I wasn’t as brave as I was when I rode through there at 21.
That evening in the bar Liam and I had a huge argument. I wanted to leave the bikes with my cousin in the Golan Heights until we got the paperwork, Liam wanted to take them back to Greece, but I relented the next day, and we shipped back to Athens.
Then the new Covid strain appeared in S Africa and Israel, which immediately stopped flights. Our worst fears becoming reality. Liam jumped on the V85 to head back to the UK, while I parked up the Le Mans with some friends from the Hellenic Moto Guzzi club. We would return to ride another day.

The next leg of our epic Covid beating adventure ride to Australia will be through Turkey and Iran, to Dubai, but with the Omicron virus in full swing, everything is on hold. But hopefully, war and pestilence allowing, we will get back on the road in March.
Check out my last attempt to ride to Australia in 1979, Going the Wrong Way
on Amazon and www.chrisdonaldson.world 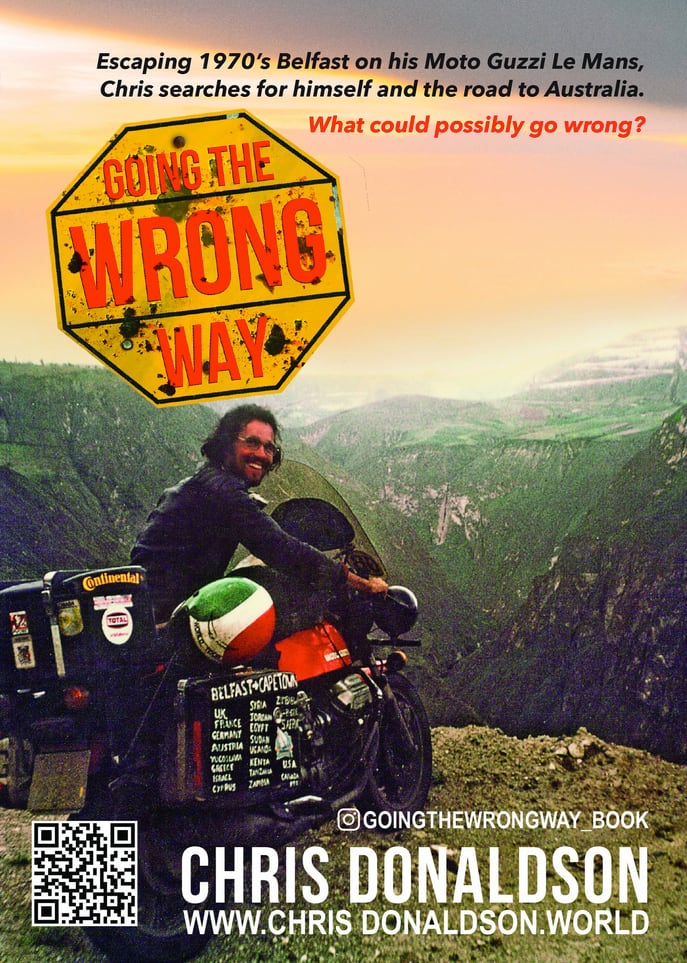 Photos by Chris Donaldson. Other photos and videos on his Facebook page:
www.facebook.com/goingthewrongway.book