“HEROIC” CHALLENGE FOR A PIAGGIO CIAO 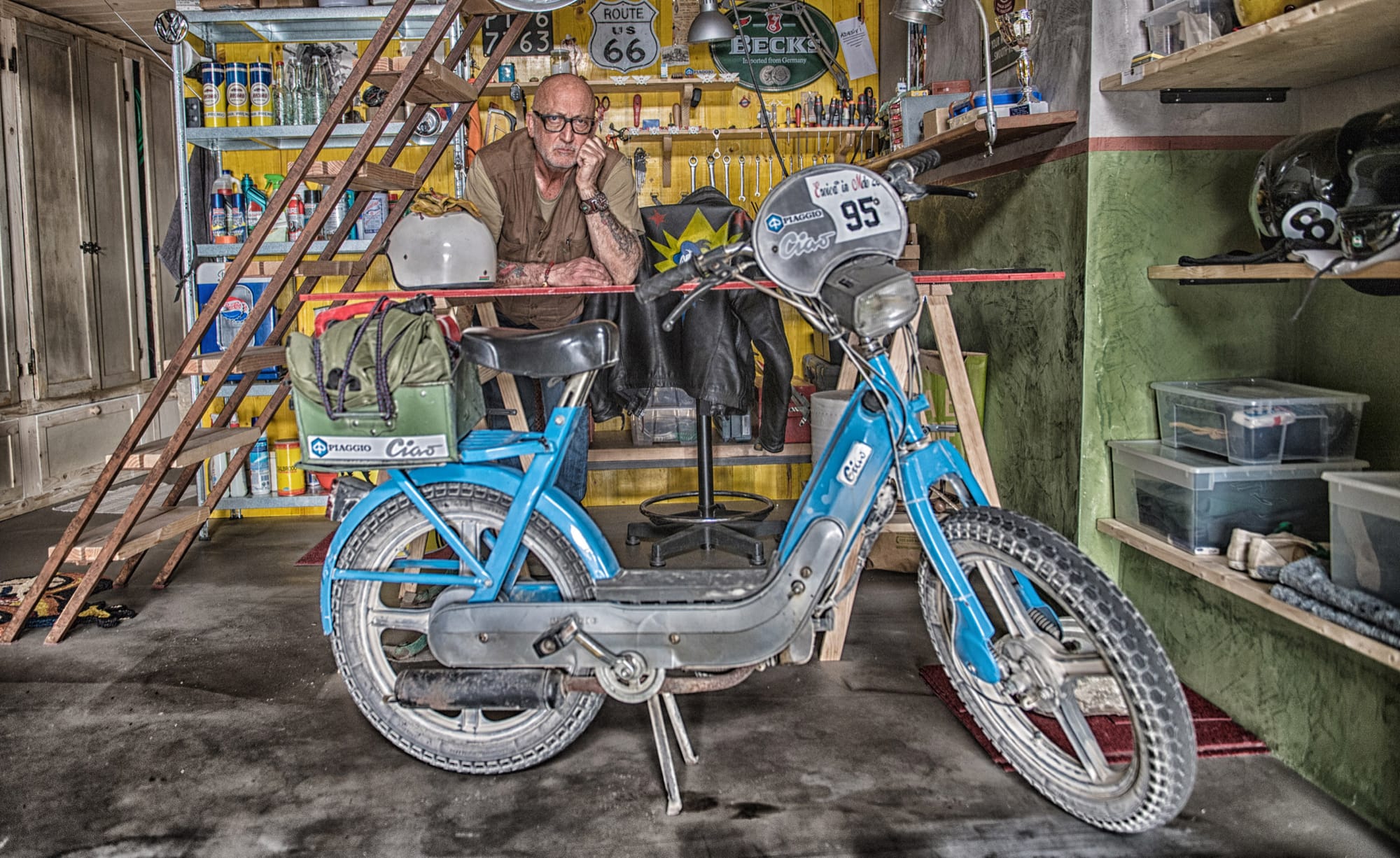 MOTORCYCLIST ANDREA SABATINI, AN EXPERT ON THE AMERICAN WEST, TOOK PART IN THE INTERNATIONAL “POLVERE & GLORIA” (“DUST & GLORY) RALLY ON A MOPED – A HERO AMONG MORE THAN 500 MOTORBIKES – IN A TRIBUTE TO THE CIA0’S 5OTH BIRTHDAY (1967-2017). 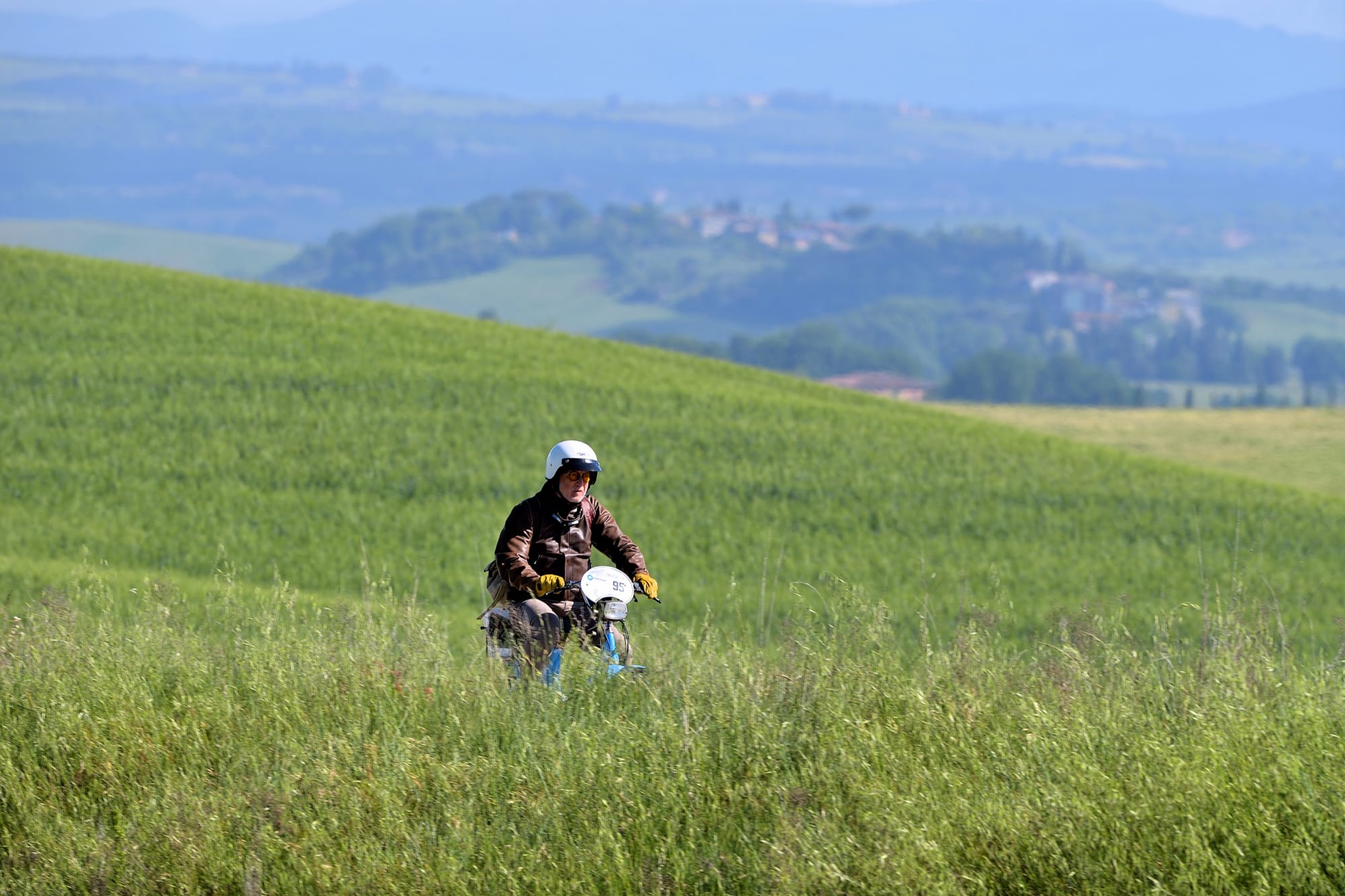 Great success for the 2017 rally “Polvere & Gloria – In moto sulle strade de L’EROICA®” (means: Dust & Glory – On the streets of the Heroic). The more than 500 motorbikes that took part, from all over Italy, Switzerland and Germany, covered a route of 208 kilometres – half asphalt, half dirt tracks – subdivided into two categories: “Old Glories” (two-wheelers test approved until 31 December 1999) and “Future Famous” (test approved since 1 January 2000). The start and finish was Gaiole in Chianti (Siena). The majority of the starters were enduro two-wheelers. The pleasure of riding through the marvellous landscapes of “historic” Chianti rather than speed is what attracts people to the event, which has been held every year for the last six years.

One of the starters was Andrea Sabatini from Pistoia, already an expert of the Tuscan ride after his participation in 2014 on a Vespa P200E, the only scooter among hundreds of motorcycles. This year Sabatini set himself an even tougher challenge: he contributed to the restoration of the Piaggio Ciao Special (produced in 1969) owned by his friend and Pistoia neighbour Franco Giorgetti, and entered the rally with the moped. The reason was to mark the 50th anniversary of the famous Piaggio moped (1967-2017).

“Saba” tells us about the adventure: “When I heard that this year is the 50th anniversary, I decided to take part in the ride with the Piaggio Ciao. Although my friends cheered me on, I was almost sure they thought I wouldn’t make it, and perhaps I thought so too. Decorated with Piaggio Ciao logo stickers (created for the occasion by the great Piaggio Group Style Centre from the original brand), fitted with enhanced tyres, a toolbox and spare fuel tank, I loaded the Ciao on to a van and set off for Gaiole, where the non-competitive race on the old route of the Eroica (Heroic) rally took place on 13 May. By 7.30 in the morning of a crisp sunny day, I had already parked my blue Ciao close to the start. Growing numbers of roaring motorcycles turned up to take part (more than 500 large- and medium-displacement bikes from a wide variety of manufacturers).

They included beautifully restored historic bikes and modern two-wheelers with a full set of accessories, ready for the … Paris Dakar. But my little Piaggio Ciao also attracted great attention and photos. Many people told me: ‘I had a Ciao too ... it was my first two-wheeler … it was a present for my 16th birthday (50 years ago)... I found it hidden away in the garage, it belonged to my father, it was my first experience on two wheels …’. My little challenger awoke many youthful memories and compliments. At the starting line, everyone cheered us on, the Ciao was the event ‘mascot’. After an hour on the road, disaster: a tumble with forward somersault, through no fault of the Ciao. Although it was on the ground, the engine was still running and it seemed to be saying: ‘come on, up you get, let’s get back on the road!’. And our ‘heroic’ motorcycle friends urged me on, too. They encouraged us, me a little worse for wear and my indomitable Ciao, to pick ourselves up and forget about the fall.” The incredible duo, wearing number 95, finally completed the challenge. Here they are at the finish. 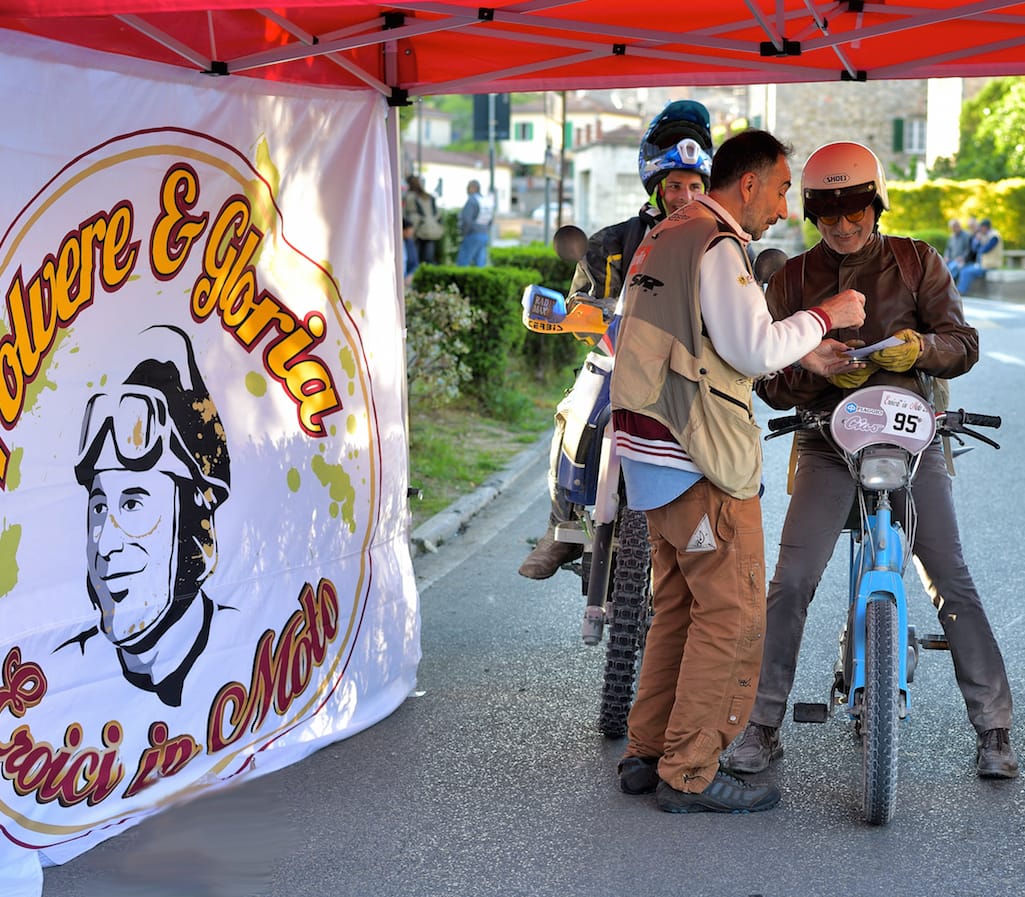 Saba comments: “The Ciao really is heroic! I’m sure a market re-launch of the Ciao would be a huge success today (like so many engine revivals), and it would certainly be appreciated by the new generations too!”. Coming from a biker with years of experience …. he must be right.

PROFILE OF “SABA”, DREAMING ABOUT A MOTO GUZZI TOUR IN THE STATES. Andrea Sabatini from Pistoia, an insurance agent by profession, a bike and scooter enthusiast by inclination, is a great traveller, who divides his time between Tuscany and Los Angeles. Over the last ten years, he has ridden more than 50,000 km in the USA; he specialises in itineraries in the West, which he knows by heart.

Sabatini took part in the Tuscan ride to enjoy the beautiful scenery and the spirit of non-competitiveness and friendship among the bikers; and he finds it more fun (if more challenging) to take part with a scooter or even a moped. The event involves physical effort, passion, enjoyment, good food and good wine. In other words, dust first, then glory. His “accomplices” are his mechanic friend Franco (the owner of the Ciao) and his friend Ombretta (the owner of the Vespa, who works as a tourist guide in Los Angeles). Saba has had plenty of two-wheel adventures, such as his solitary ride in the famous “alien” territory of “area 51” in the Nevada desert (a US military base):

“It’s a desolate place, cut off from the world: I was worried the bike would come to a stop … partly because it’s difficult to re-fuel; luckily my ‘guardian angel’ Ombretta knew of an old service station that was still open. The hardest moment was when I had a flat in the desert, 5 hours under the sun, an unspeakable thirst … and again I survived thanks to Ombretta. I’ve done many other rides, in Europe and America, through Corsica and Sardinia, Canada and New Mexico”. The great trip I still want to make is through the great parks of the West – Arizona, Nevada, Utah… – starting from Los Angeles and covering 5,000 km in an anti-clockwise direction: “We’ve got an idea for a report in tandem, in full Italian style, in the States: me on a Moto Guzzi and Ombretta on the Vespa, what a duo!”. 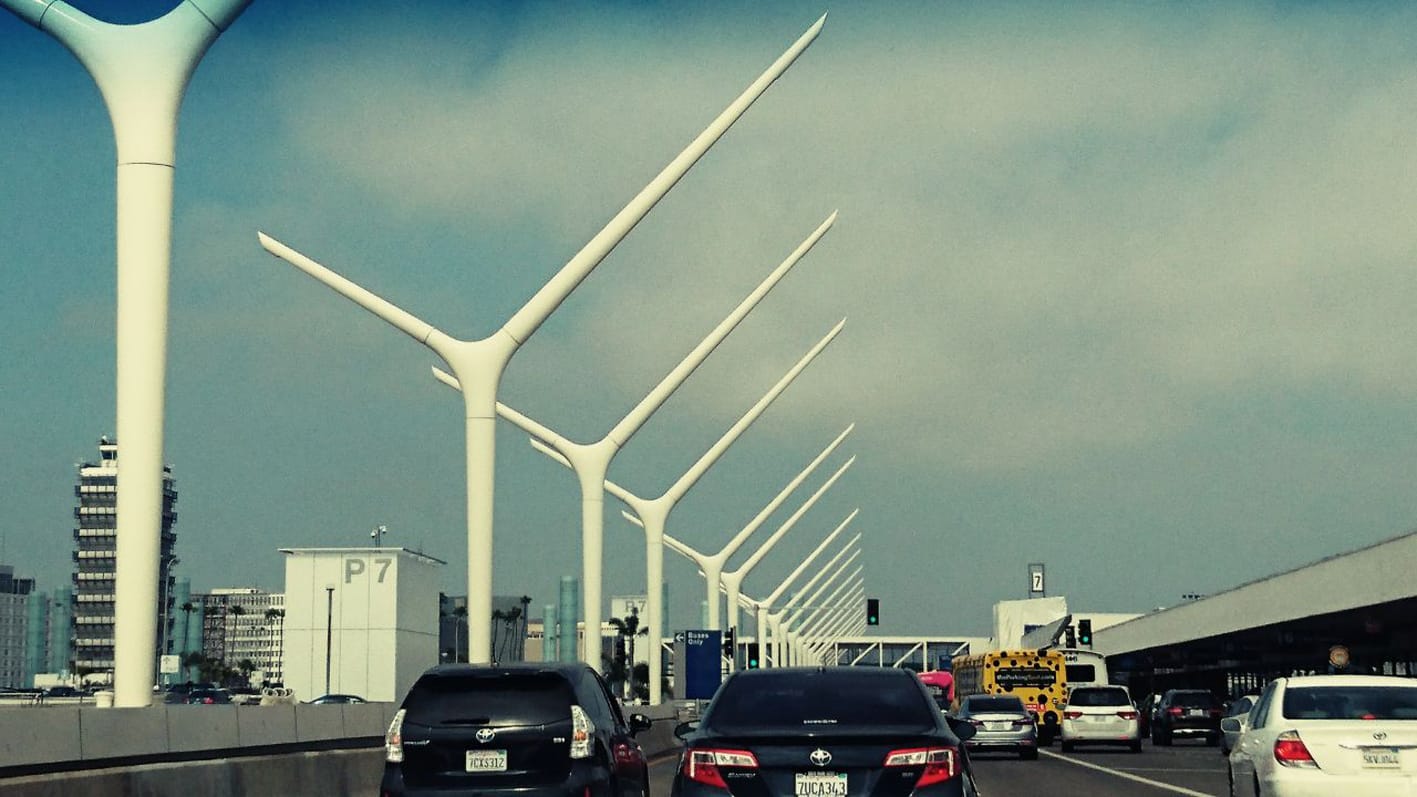 “CARDS” FROM LOS ANGELES. After his adventure in Tuscany, at the beginning of June Sabatini flew to the States. He sent these photos to Wide, and this message: “Just landed in Los Angeles and came across a fantastic bike, a Guzzi V7!”. 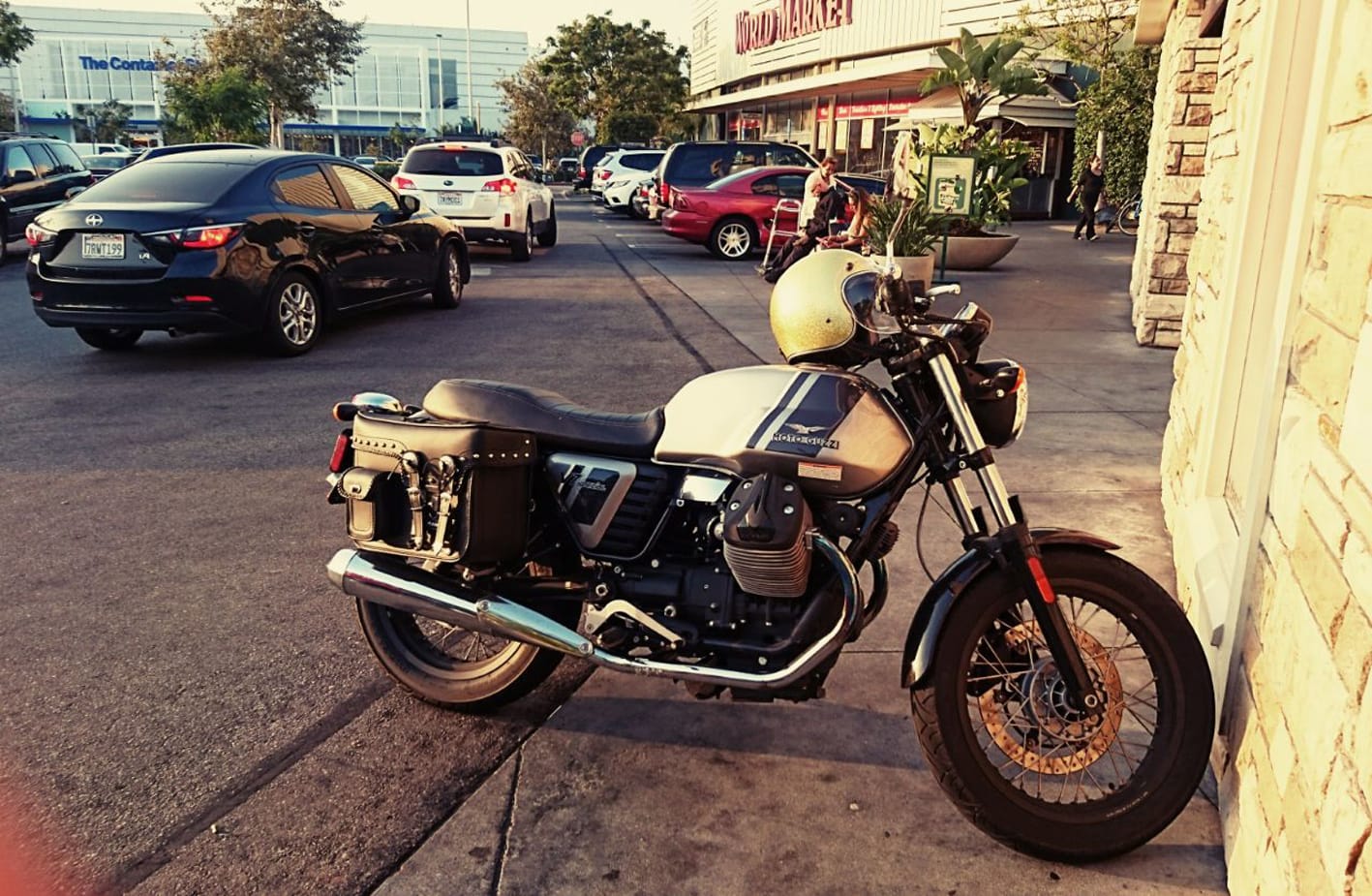 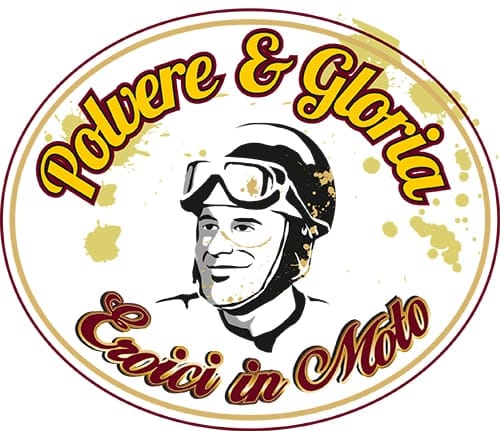 Forthcoming events “Eroici in moto” (means: “Heroic in a motorcycle”):