“RIDE BACK TO FREEDOM” – 2 WHEELS IN SEARCH OF LOST FREEDOM IN TIMES OF THE CORONAVIRUS. THE NEW DOCUFILM FROM AUSTRIAN DIRECTOR HERMANN WEISKOPF 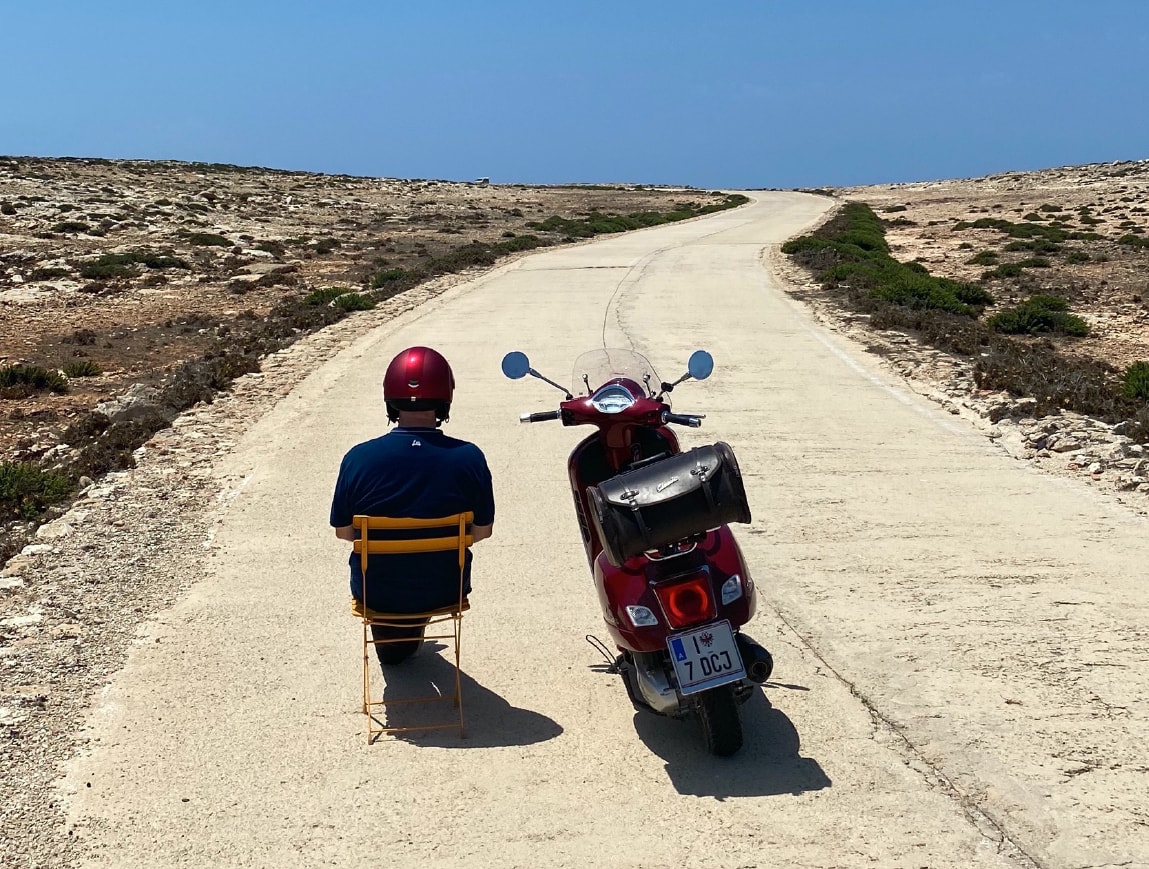 HE FILMED IT IN ITALY LAST JUNE, ACCOMPANIED BY A VESPA AND DIRECTOR OF PHOTOGRAPHY BERNHARD FREINADEMETZ. IT PROVIDES THE UNREPEATABLE AND AUTHENTIC NARRATION OF A DIFFICULT PERIOD, ILLUMINATED BY THE HOPE AND DESIRE TO REDISCOVER OUR MOST VALUABLE ASSET: FREEDOM. NOW THE MULTIPLE AWARD-WINNING DIRECTOR’S WORK IS READY FOR THE INTERNATIONAL FILM FESTIVALS.

OFFICIAL VIDEO–BACKSTAGE: RIDE BACK TO FREEDOM

June 2021 – Just one year ago, Austrian director Hermann Weiskopf waited with understandable impatience, after the long lockdown during the spring of 2020, for the Austrian-Italian border to reopen. And finally, that unforgettable date arrived: 15 June 2020, in the rain, when Hermann began the voyage that would take him from Brenner, South Tyrol, to the island of Lampedusa, crossing Italy from north to south. Driven by an essential idea: rediscovering that freedom astride his beloved Vespa GTS in burgundy livery. So, in the company of director of photography and cameraman, Bernhard Freinademetz, he tackled a fantastic adventure, chock full of landscapes and amazing places offered by the Belpaese, from Brenner to Lake Garda, and then Verona, Venice, Parma, Riccione, Assisi, Rome, Naples and Maratea, as well as Calabria and Sicily, all the way to Lampedusa. It was a voyage filled with surprising encounters, narrating – through more than 50 interviews with Italians (from a rapper to a cook, from a fisherman to a truck driver, plus young people, pensioners, doctors…and Vespa fans) – how people were handling the pandemic, with the inevitable tribute to the coronavirus victims in the Bergamo cemetery. There was no lack of culinary “digressions” and moments of inevitable solitude, or rather, “suspension”.

Vespisti all over the world would say, “Thank you, Hermann, for this fantastic undertaking in search of lost freedom, and with a Vespa, you're never alone!” They’re right, and the Austrian director is also well aware of this fact, travelling 5,000 kilometres on his Vespa (a symbol of all things Italian, beloved and recognised the world over), from one Italian region to another. More than one month of filming between June and July, followed by editing and postproduction. 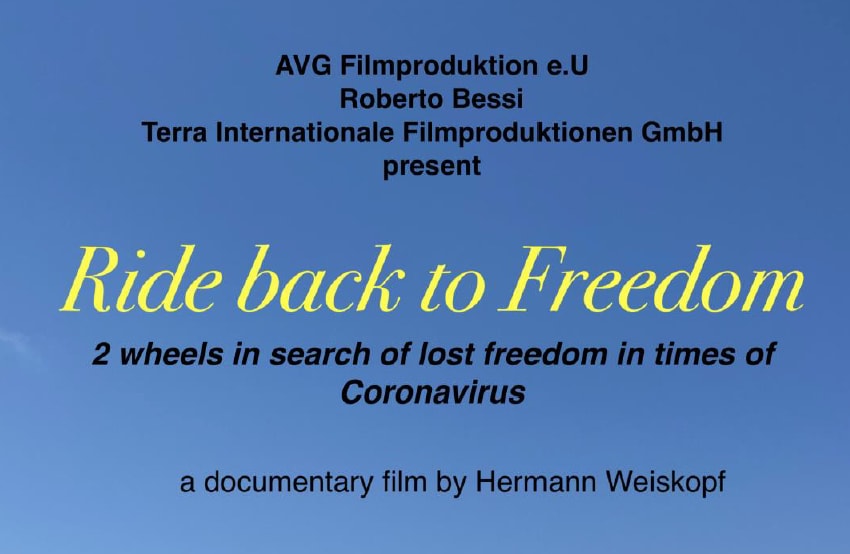 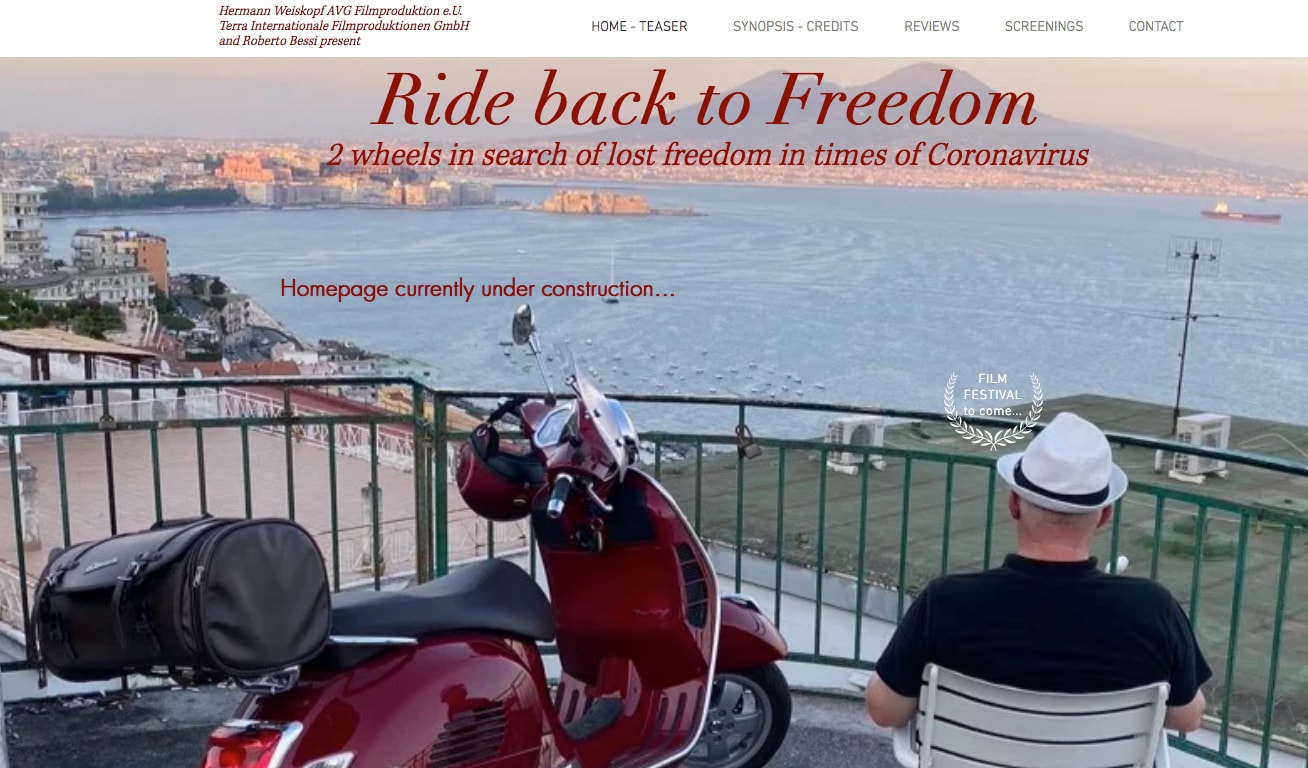 Loris continues: “Last year, I collaborated in the making of the docufilm Ride Back to Freedom, by Austrian director Hermann Weiskopf, whom I have known for many years. He is an extraordinary person (actor, director, producer), in love with Italy, where he has established close contacts. He married an Italian and has two children. Precisely during the first lockdown, through exchanged messages and impressions on the difficult and unprecedented situation we were living in, the idea took shape of telling how Italians were dealing with it, between dismay and hope, sadness and joy. 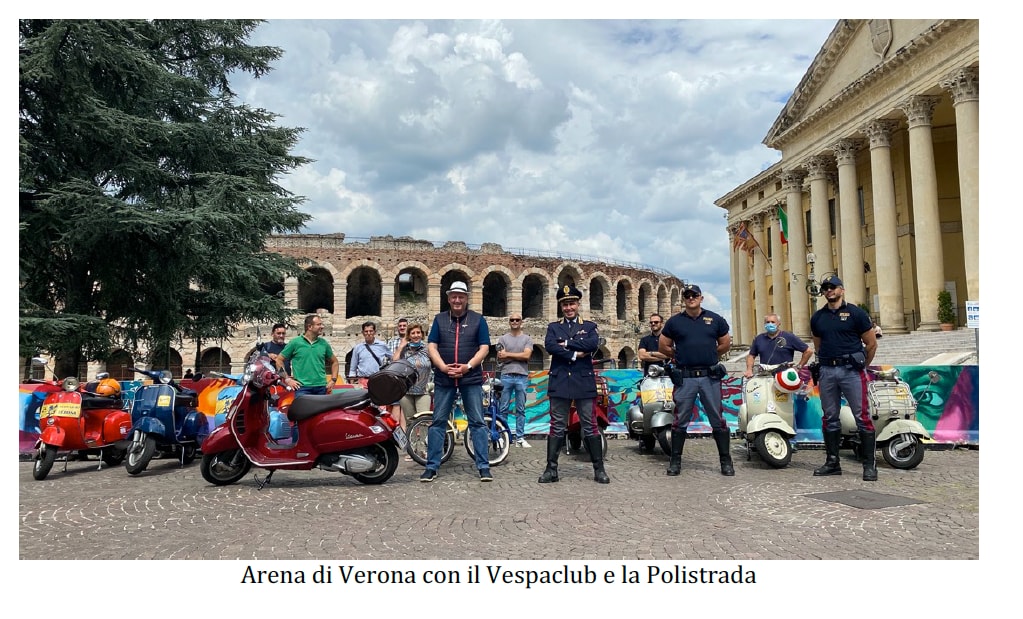 Verona Arena with the Vespaclub and the Highway Patrol.

So, his film is a snapshot, sincere and unrepeatable, of an Italy suspended, but looking to the future, stubbornly facing the challenge. It also an emotional experience for me as well, logistically supporting Hermann’s crew. Just before departing, he had purchased his new Vespa, truly the co-star of the film and always a symbol of freedom.”

And Loris Danielli tells us to save the date: Saturday 4 September 2021 – at 4:00 p.m. at Hotel Excelsior – for the presentation of the docufilm in the Veneto Region exhibit area at the 78th edition of the Venice International Film Festival, with the presence of director Hermann Weiskopf, winner of numerous awards (in the United States and the Vatican) for his previous film “Otto Neururer – Hope through Darkness” 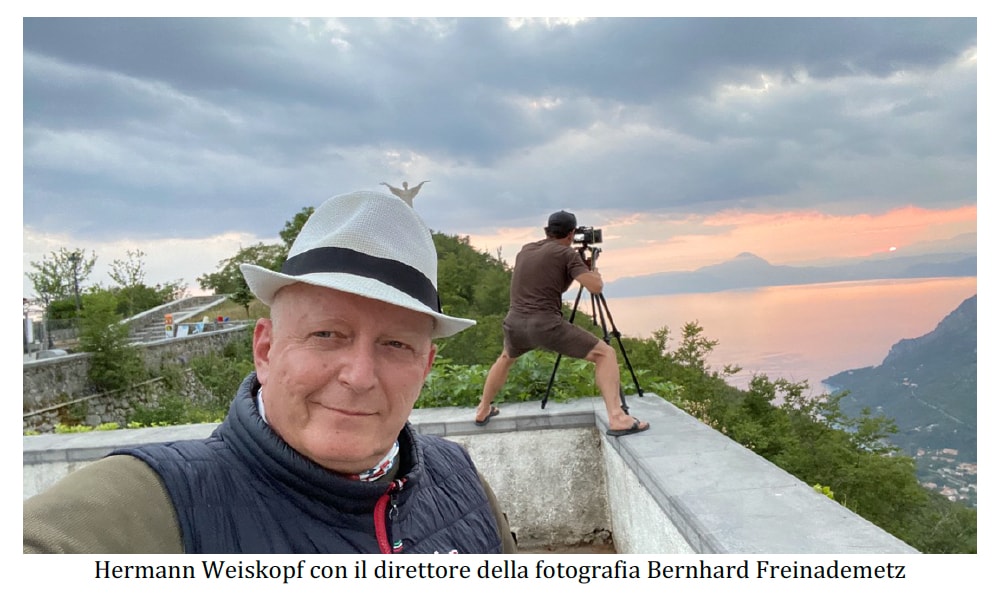 “I hope that our films will always contribute to making viewers reflect on great challenges and great destinies. If we are able to do it without wagging our finger in their faces, then we have achieved our goal!”
Hermann Weiskopf.

Source of images for this article: presentation of the film ‘Ride back to freedom’. We wish to thank Loris Danielli for his collaboration. 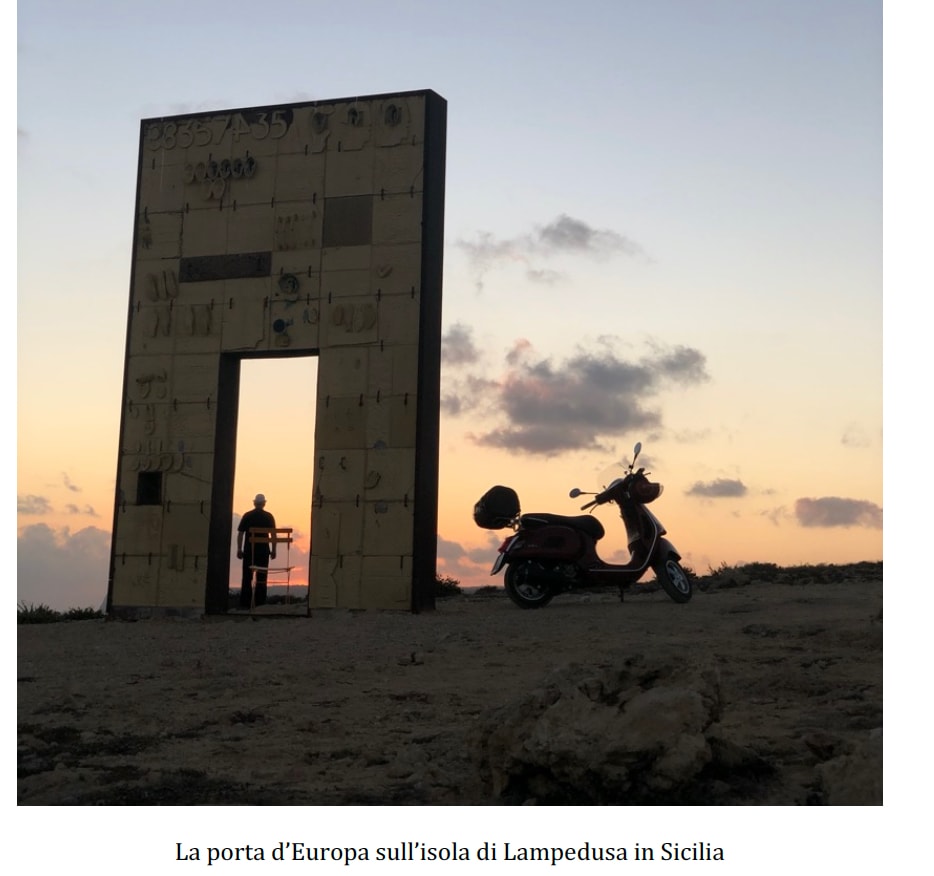 The Gateway to Europe on the Sicilian island of Lampedusa.