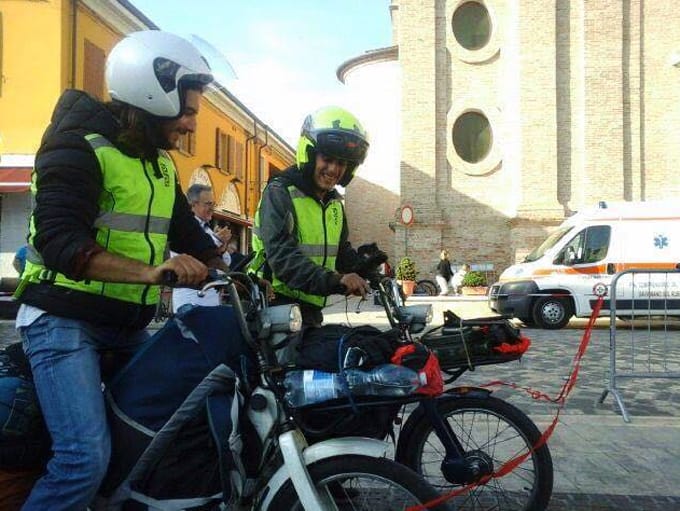 TWO YOUNG ITALIANS, LORENZO AND MATTIA BAIOCCHI, 23 AND 21, HAVE COMPLETED AN 8,500 KM ROUND TRIP ACROSS EUROPE TO MOROCCO ON TWO VINTAGE MOPEDS. A TRIBUTE TO THE 50th ANNIVERSARY OF THE LEGENDARY PIAGGIO CIAO. 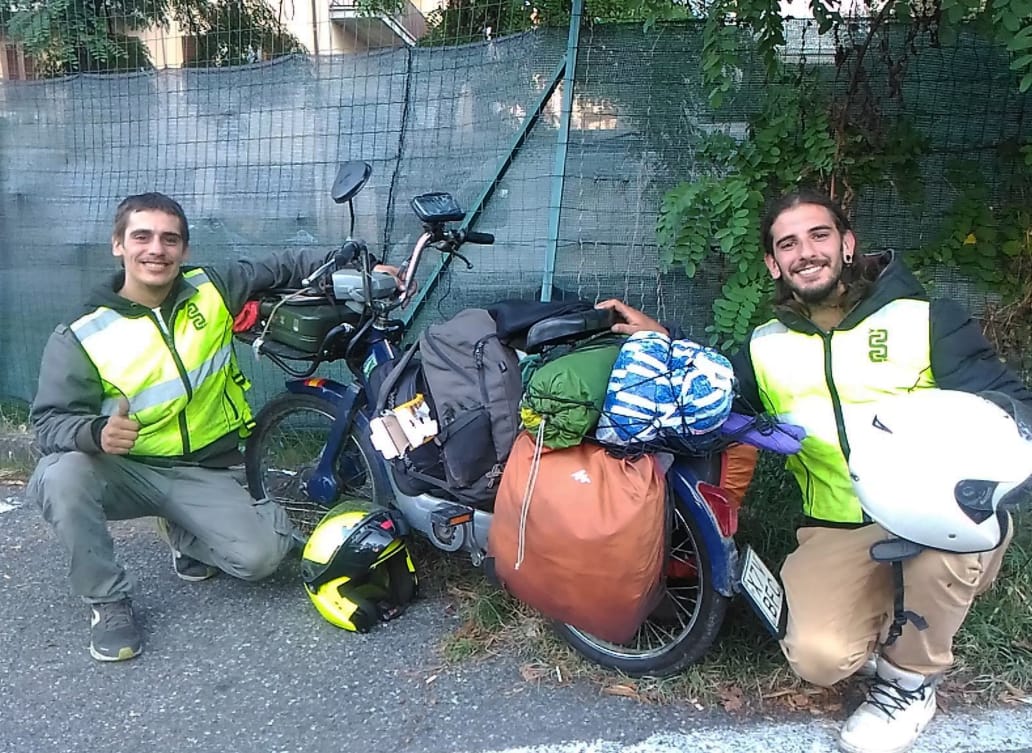 Two brothers with a passion for mechanics and a dream of summer travel, for a holiday out of the ordinary: as their companions for the on-the-road adventure they chose two Piaggio CIAO mopeds, “reliable and easy-to-repair 50cc two-wheelers”, as they told the reporters who interviewed them on the eve of their departure in mid-July.

After two and a half months and 8,500 kilometres, at the end of September they returned to their home town of Savignano sul Rubicone (in the province of Forlì-Cesena). Their facebook page is packed with photos, video clips and stories about the journey:

They took their time on every road, including tough Alpine passes, riding through towns, along coasts, through the countryside, discovering enchanting landscapes and historic monuments. From central Italy they rode to Austria, Germany, Holland, then on to Belgium, France and Spain, from where they reached Morocco. Everywhere they went, the daring pair had a warm welcome from curious locals.

Passion, adaptability in the most diverse situations, the ability to deal with every mechanical mishap and a pinch of madness were the winning ingredients that enabled them to realise their dream. Lorenzo and Mattia’s journey is also a tribute to the 50th anniversary of the legendary CIAO moped (1967-2017), one of Piaggio’s great success stories, which continues to attract fans, old and new, and have special clubs and rallies dedicated to it.
(The photos for this article come from the Baiocchi brothers’ FB page “Con un’Italia così Ciao”).

THAT CIAO TRIP IN’69: FROM PARIS TO THE NORTH CAPE. 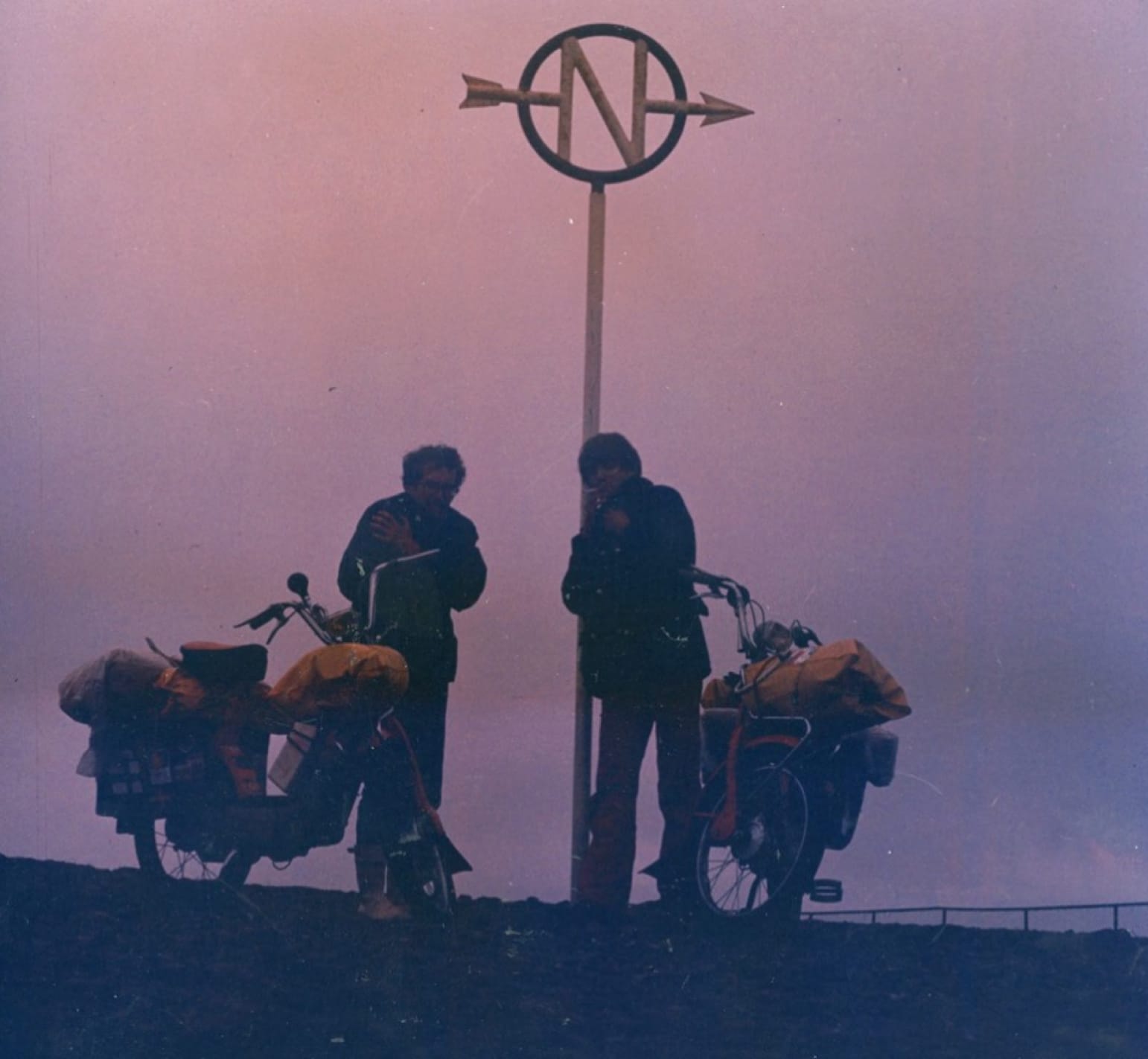 In the summer of 1969, on 15 July, two young French lads – Laurent Debrix and Bertrand Creuchet – left Paris on their Piaggio CIAO mopeds. Riding across Europe, 30 days later they reached the North Cape, in Norway, the symbolic must-do destination of any initiation trip. It doesn’t matter what vehicle you choose – our archives have stories of dozens of trips on Ciao, Vespa, Moto Guzzi and Aprilia two-wheelers and even on the Ape! – the important thing is to reach Europe’s northern tip. 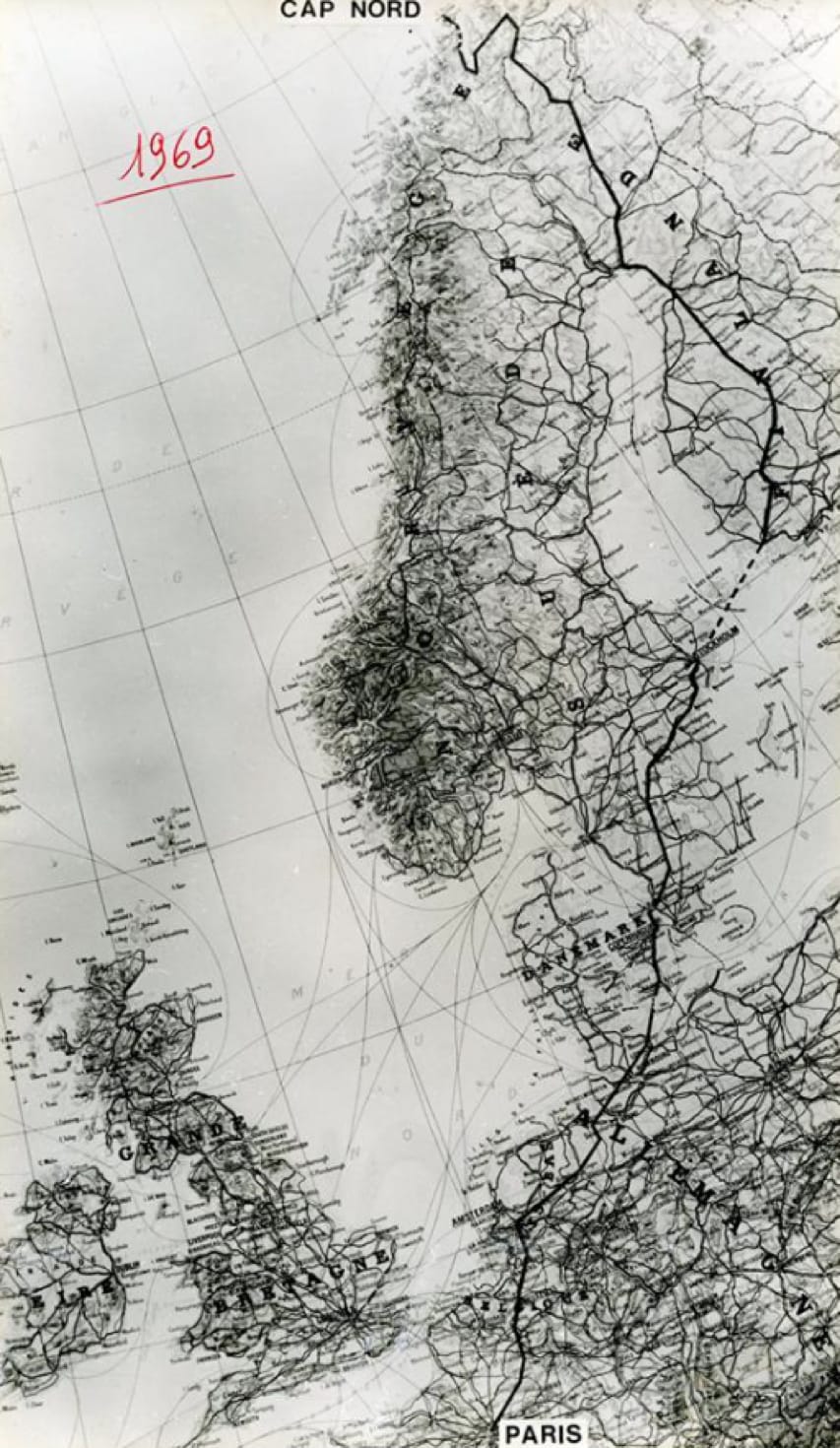