March 2021 – An important chapter in Moto Guzzi’s centennial history has to do with their sporting experience, begun as far back as in the year of its foundation and taking home a victory straight away. First, let’s remember the first motorcycle - the legendary Normale, with 8 HP. This was followed by successful models such as the 1928 Guzzi G.T., dubbed “Norge” by Giuseppe Guzzi as a tribute to the Italian airship built by Umberto Nobile that first flew over the North Pole in 1926. With the GT 500 Norge, Giuseppe Guzzi (founder Carlo’s older brother) completed the historic raid to the Polar Arctic Circle, an extraordinary undertaking for that time. 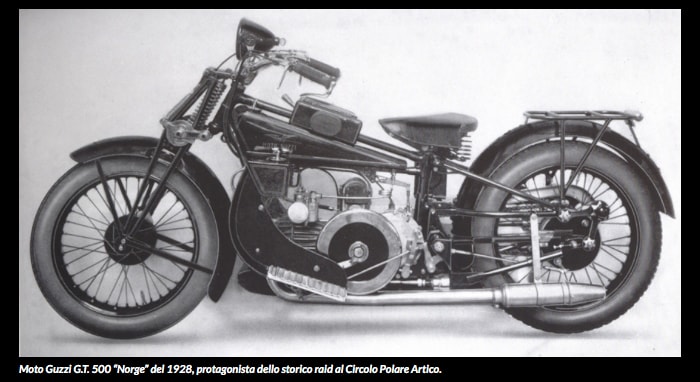 78 years later, in July of 2006 (in memory of Giuseppe Guzzi’s undertaking and to celebrate the 85th anniversary of Moto Guzzi), the Mandello-North Cape Raid was held, with the Moto Guzzi Norge GT 1200 8V ABS: a team of international journalists participated, riding 4,429 km, following the route of the GT ancestor. 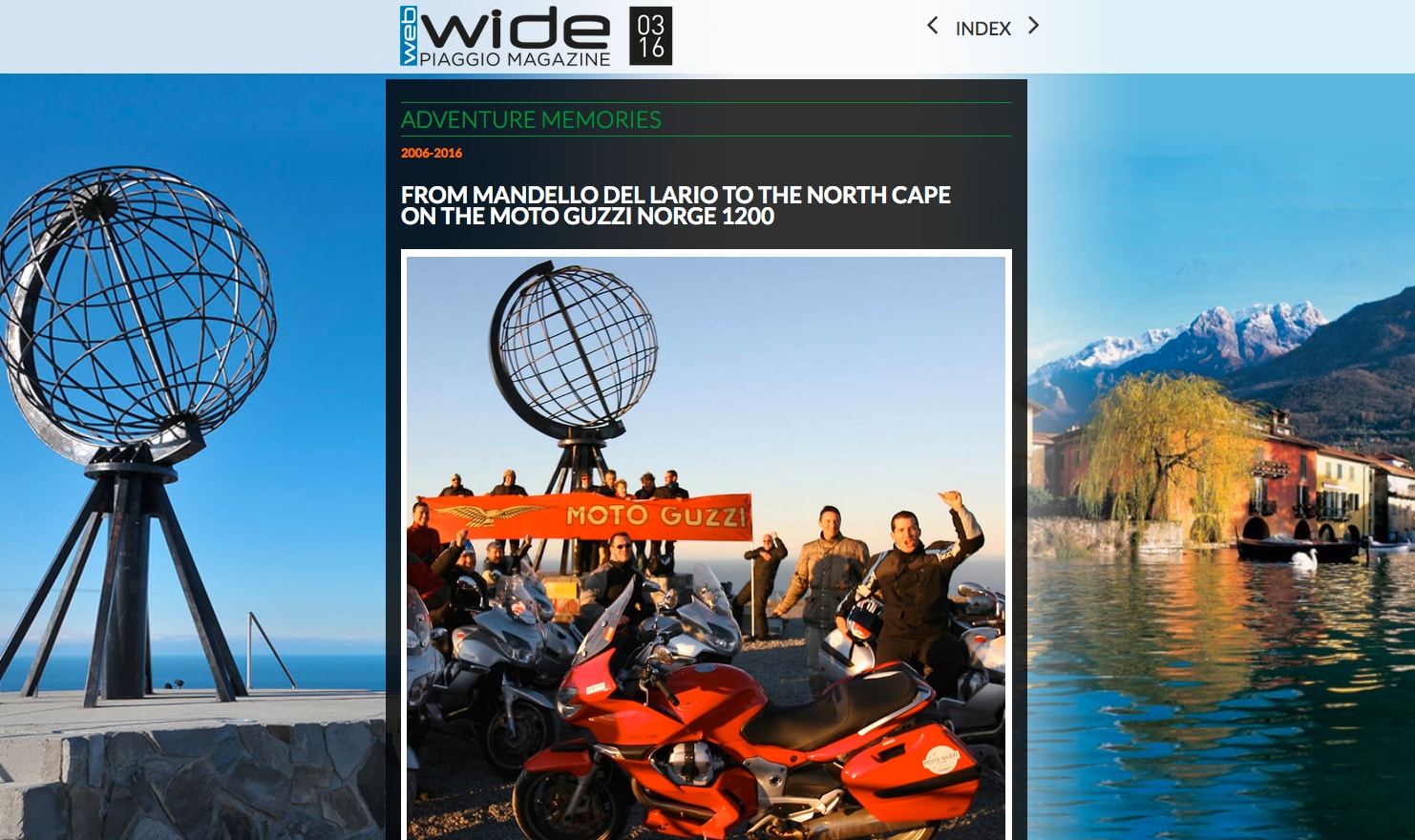 Getting back to the story, the G.T. was followed by the Airone 250 (1939), which remained Italy’s best-selling “medium capacity” for over 15 years.

And sports victories soon arrived: the first was the prestigious Targa Florio in 1921 which launched an impressive series of successes: the rich Moto Guzzi collection of wins when retiring from competition (1957) included an impressive 14 world speed titles and 11 Tourist Trophies.

The sporting heart of Moto Guzzi began to beat once more: in March 2006 when, on the Daytona circuit in the USA, Gianfranco Guareschi took home a historic “double win” with two victories in the Battle of Twins. And he repeated the result in the 2007 edition. In the wake of these racing victories on the other side of the Atlantic, a new model was created to embody the sporting spirit of Moto Guzzi, the 1200 Sport, presented in October 2006, a naked sport bike with personality to spare, powered by the latest evolution of the 1,200cc 90° V-twin. 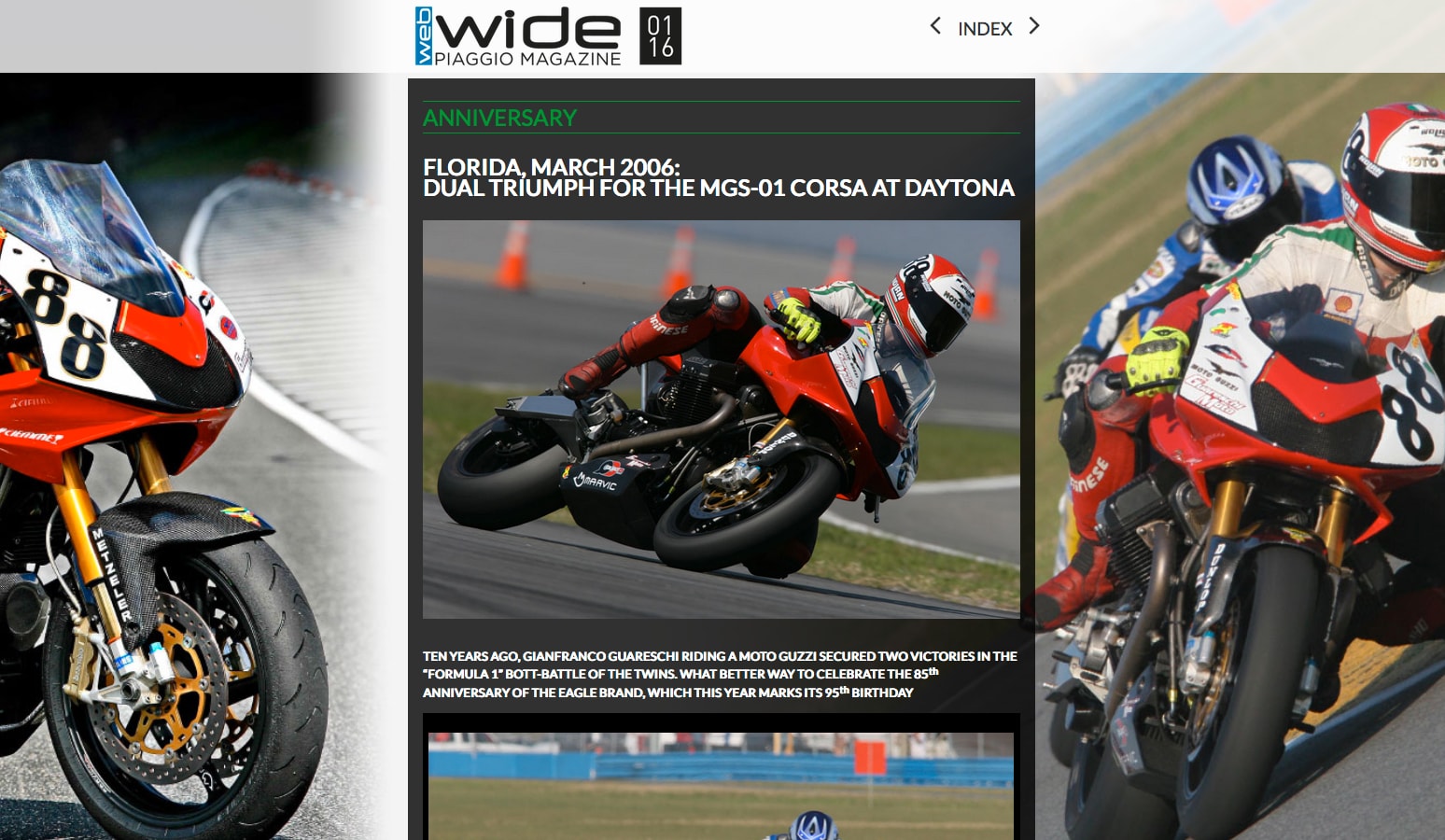 In 2019 and 2020, Moto Guzzi returned to the most classic form of track racing with the Moto Guzzi Fast Endurance trophy. The Trophy, organised with the Italian Motorcycle Federation and dedicated to teams of two riders astride V7 III machines – with “Le Mans” style start – was enormously successful thanks to an accessible and engaging formula.

Much of the credit goes to the “seven-fifty” from Mandello which, outfitted with the Gcorse Racing Kit and Pirelli tyres, proved to be unexpectedly fast and extremely reliable, but above all easy, intuitive and usable on the track even by those who do not boast any racing experience. And in the year of the centennial, the Trophy becomes a European Cup with rounds from May to October 2021, in Varano, Vallelunga, Magione and Misano.