Pontedera (Italy), 7 July 2021 - The Autoworld museum of Brussels, home to one of the world's largest and most prestigious collections on motoring history, is celebrating Vespa’s 75th anniversary: until 15 August, visitors to the city’s sumptuous Palais Mondial will have the opportunity to admire 75 models of the world's best-known and best-loved two-wheeler. 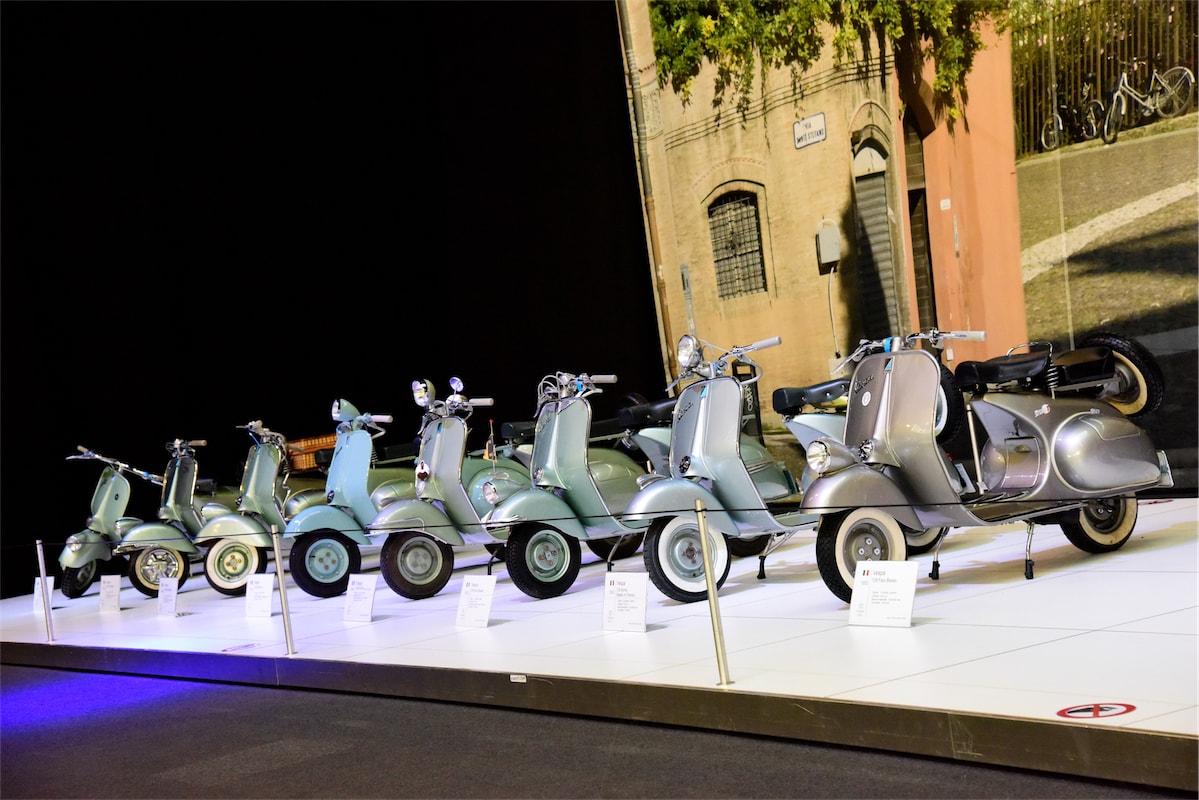 In a country with more than 5,000 Vespa riders registered with around sixty official Vespa Clubs, the exhibition has been created to pay homage to the most deeply held values of the Vespa, a scooter that has far exceeded its function as a smart and simple means of transport to become a global brand, a symbol of Italian technology and style followed by millions of devotees. 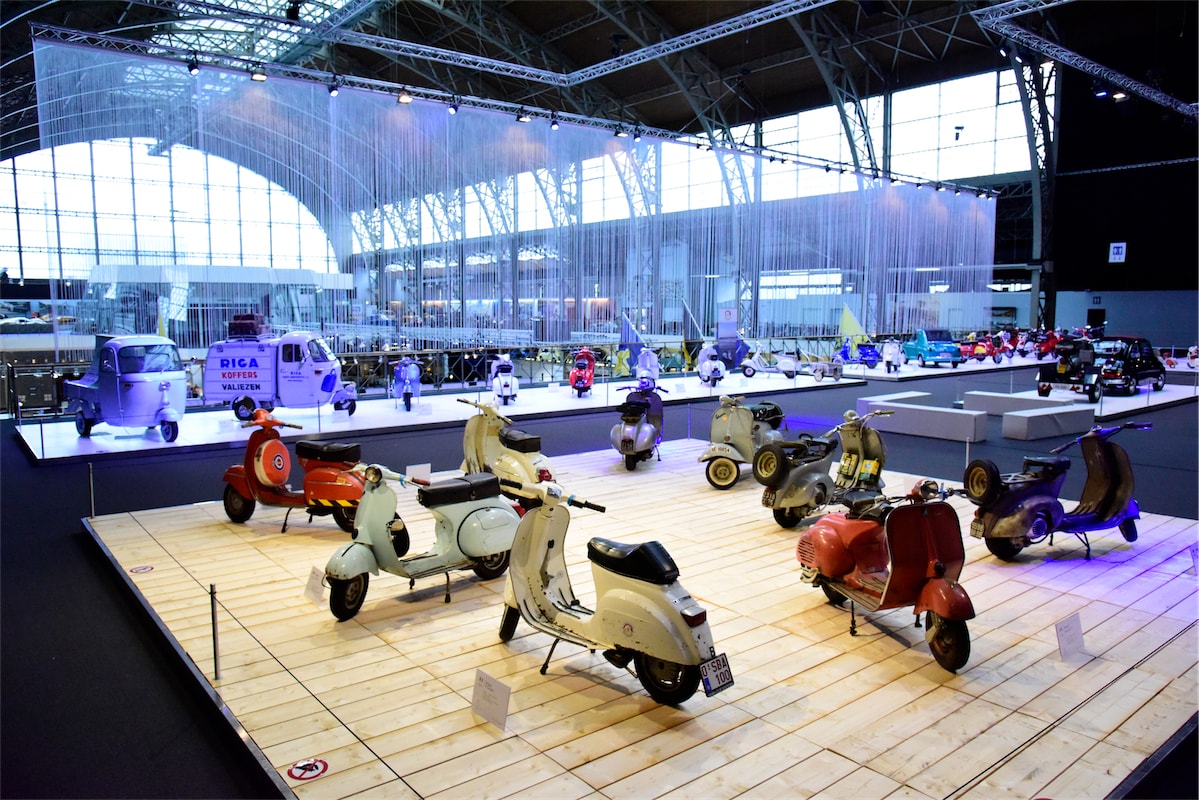 For this reason, in addition to the Vespa two-wheelers produced in Pontedera (in Tuscany, Italy), the exhibition presents the rare models manufactured in certain periods in other European countries: at the MISA factory in Jette, Belgium, and in France, Germany, Britain and Spain. The exhibits also include Vespa scooters with sidecars and a number of Ape three-wheelers, as well as the very latest Vespa 946, Vespa Elettrica and the special-edition Vespa 75th, the model brought out to celebrate this important milestone. 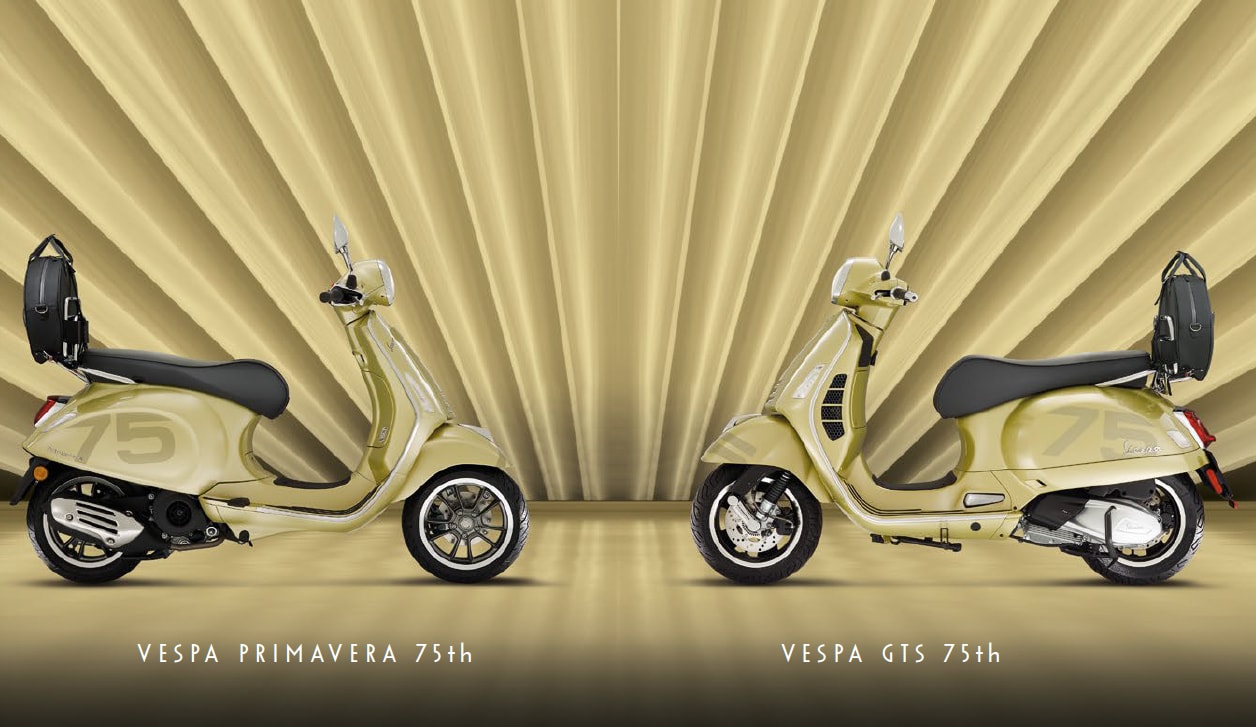 And here is how the Belgian exhibition hub has set up the display, already the destination of numerous visitors and Vespa devotees. The “Vespa 75 YEARS YOUNG” presentation reads as follows: “Vespa is synonymous with freedom, joie de vivre, youth, nimbleness, adventure, independence. In town it weaves in and out allowing one and all to enjoy the pleasures of the open air. Far more than an object, the Vespa is a true feature!
To this day both young and old still dream about this ever young 75-year-old scooter. In all countries of the world. In Belgium alone more than 5,000 Vespa riders are affiliated to some sixty official clubs! When it comes to the number of members this places Belgium in second place behind Italy and ahead of Germany.

Having made its name thanks to such films as ‘Roman Holiday’ (1953) or ‘La Dolce Vita’ (1960) in which it became its emblem, to this day the Vespa remains a renowned success! It is rather astounding to note that near on one million Vespa models were sold worldwide following the premier of the film ‘Roman Holiday’ in 1953 (Editor’s note: from its birth in 1946, 19 Vespa units have been produced).

To celebrate that 75th anniversary Autoworld is exhibiting 75 models taking in all eras and models. With such an anthology, from the most representative through to little known or highly sought-after models by the collectors, this summer exhibition will bring the visitor to the heart of the Italian “Dolce Vita” by retracing the history of the famous scooter.

The exhibition will display machines dating from 1947 through to 2021 based on the theme of Vespas predominantly built in Belgian factories (MISA in Jette), French (at Forchambault), German (with Hoffmann in Lindorf), English (by Douglas in Bristol), Spanish (in Madrid), American and, naturally, in the den of Italian founder Piaggio!

On display, the very first through to the most recent Vespa models, taking in, among others, the MP6, the highly popular ‘faro basso’, the first sidecar, the three-wheeled APE and TriVespa light commercial models, a 150 GS ‘Vespone’ (e’s. n: means big Vespa) which for 17 years was the most powerful of the Vespa models, as also a rally version, an CMA Vespa TAP 150cc military version, a ‘U’ model as in ‘Utility’ (the cheapest of the Vespa scooters at that time and which has become, nowadays, one of the most expensive and most sought after!), but also a 946 fitted with a 125cc engine produced in 2013 in tribute to the first model and the one created this year to celebrate the 75 years of the make. And obviously keeping abreast of the times, we have e-mobility, with a current electric Vespa also on hand. 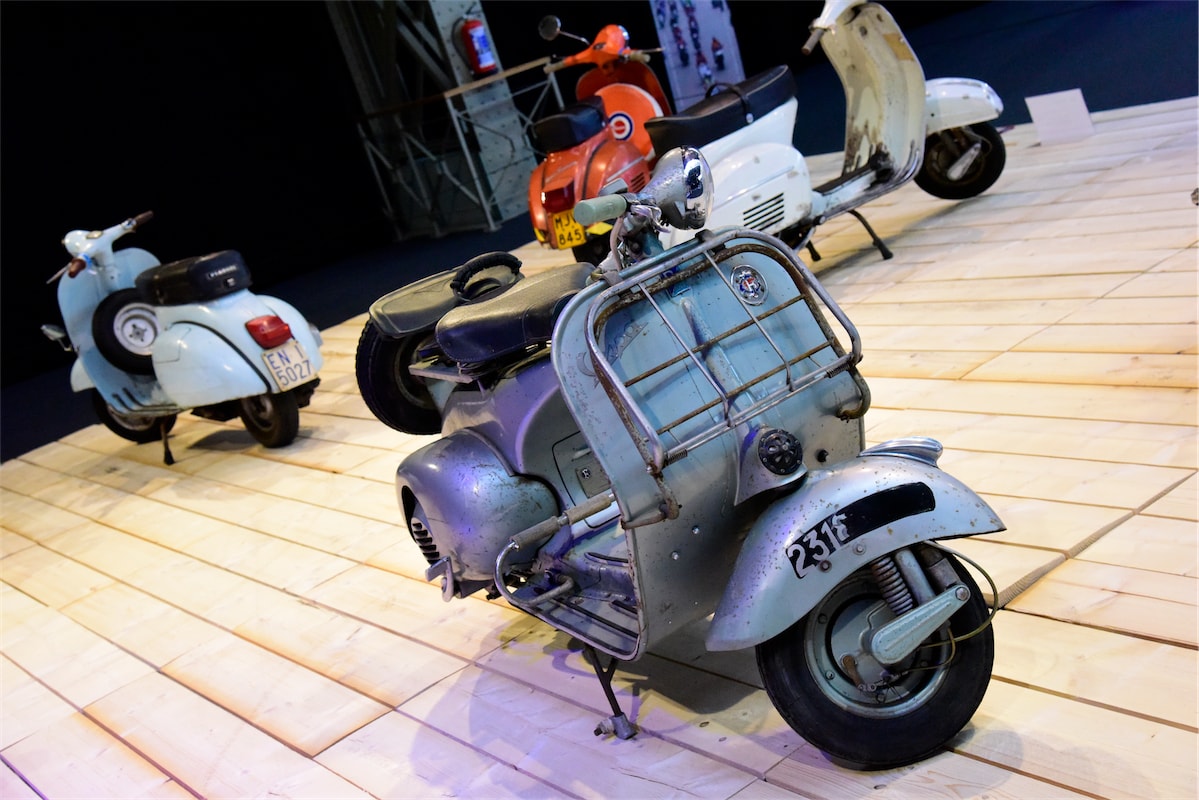 Among them some ten particularly old models, discovered in barns will also be on display in the condition they were found. This exceptional exhibition is all thanks to Mario Catapano’s hard work in mobilising and convincing numerous collectors to loan us their precious jewels”.
A must-attend display, an invaluable testament to get to know and relive the 75-year-long Vespa phenomenon. Between a glorious past and a bright present, Vespa is already in the future. 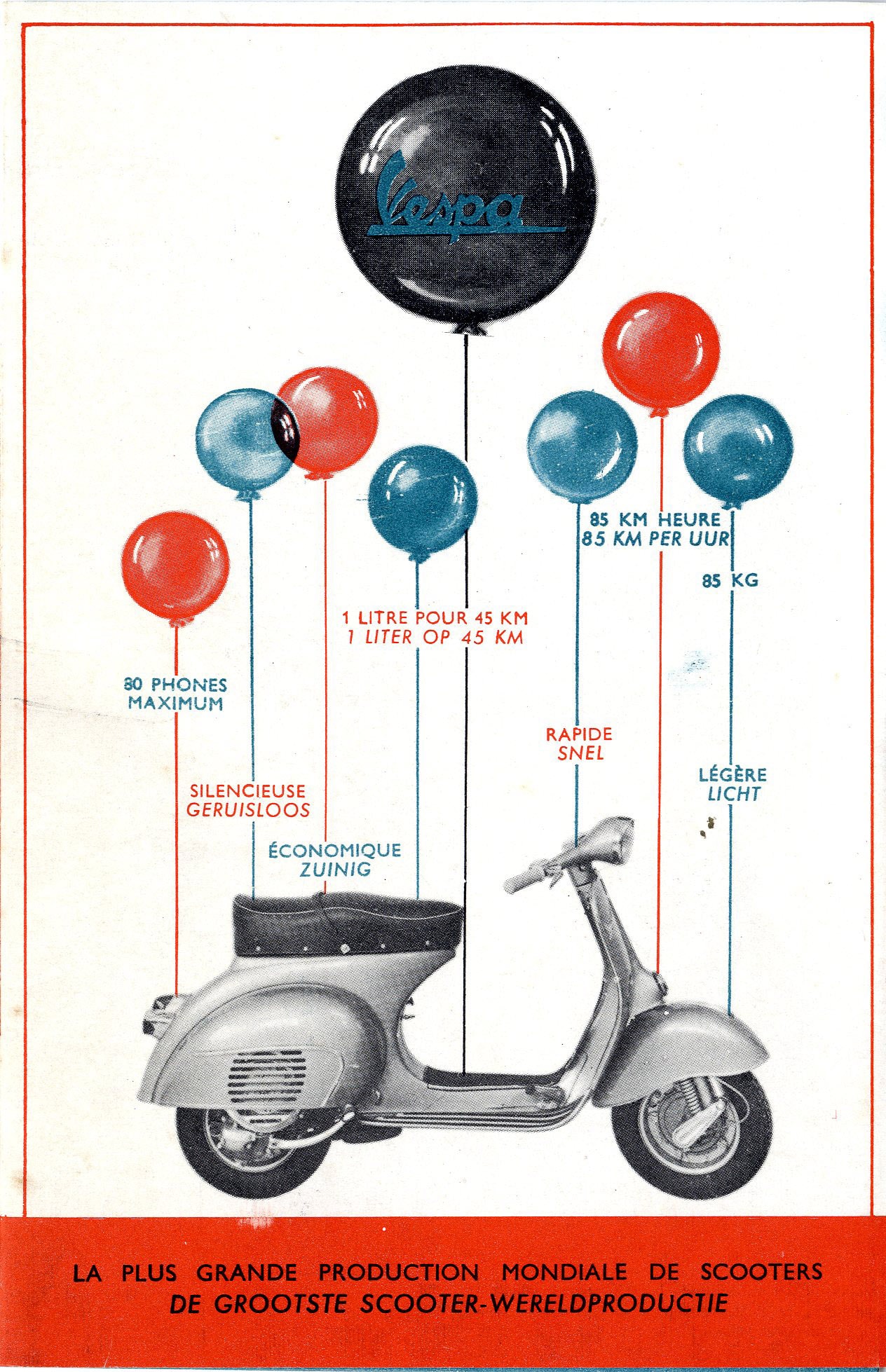