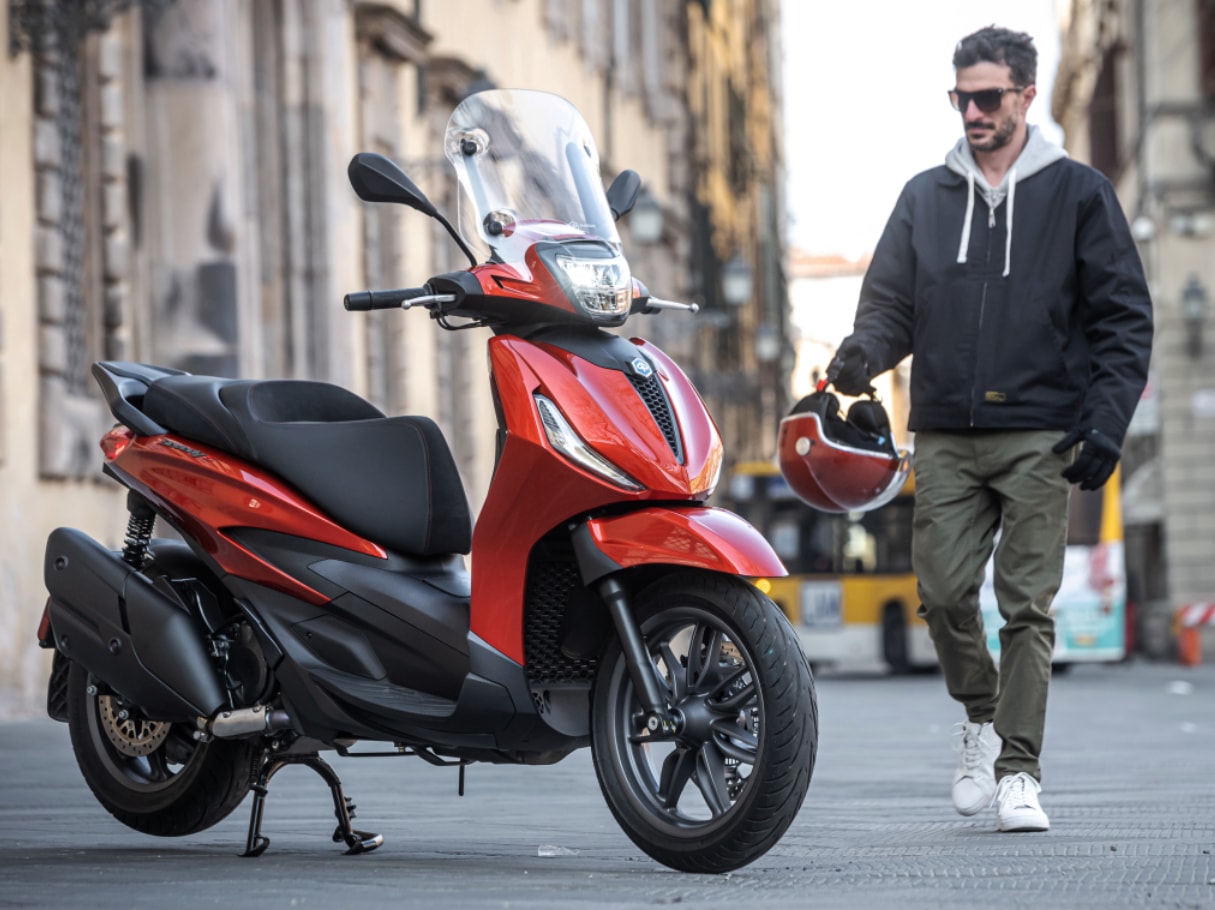 March 2021 – In these compulsory “virtual” times, a “real” event becomes big news. And so, the press launch of the new Piaggio Beverly – the undisputed best-seller urban crossoverthat has left its mark on the history of urban mobility, continuing to re-invent itself and astonish – was an opportunity not to be missed for journalists. 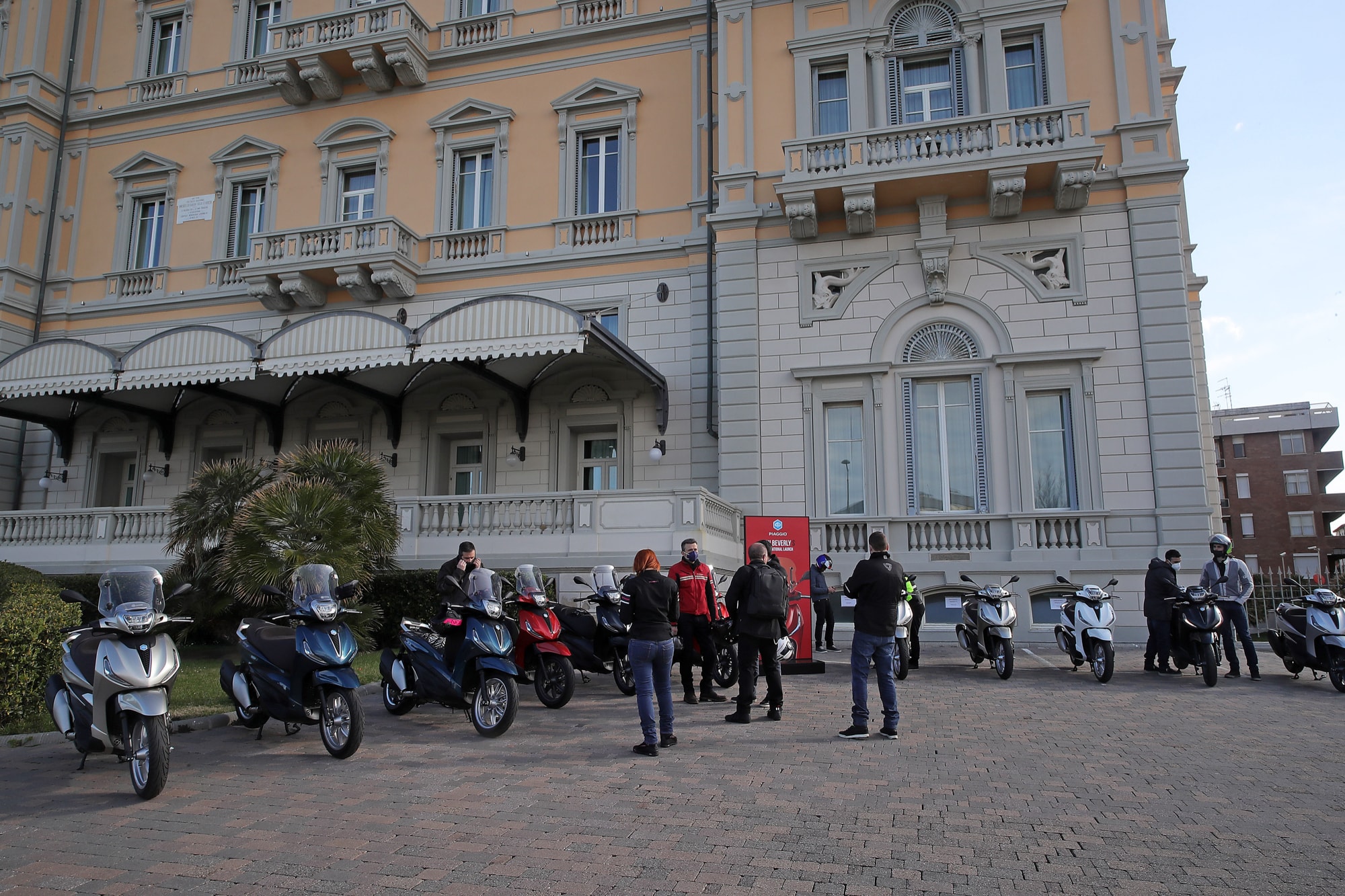 Location: Livorno, in Tuscany, was the destination for 30 journalists from 7 European countries (Italy, Greece, Germany, Switzerland, Croatia, Slovenia and Austria) from 8 to 11 March to get a first-hand look and take a road test on the new Beverly, the more powerful, but still agile and aggressive crossover that combines the dynamic character of a high wheel scooter with the performance of a big GT. 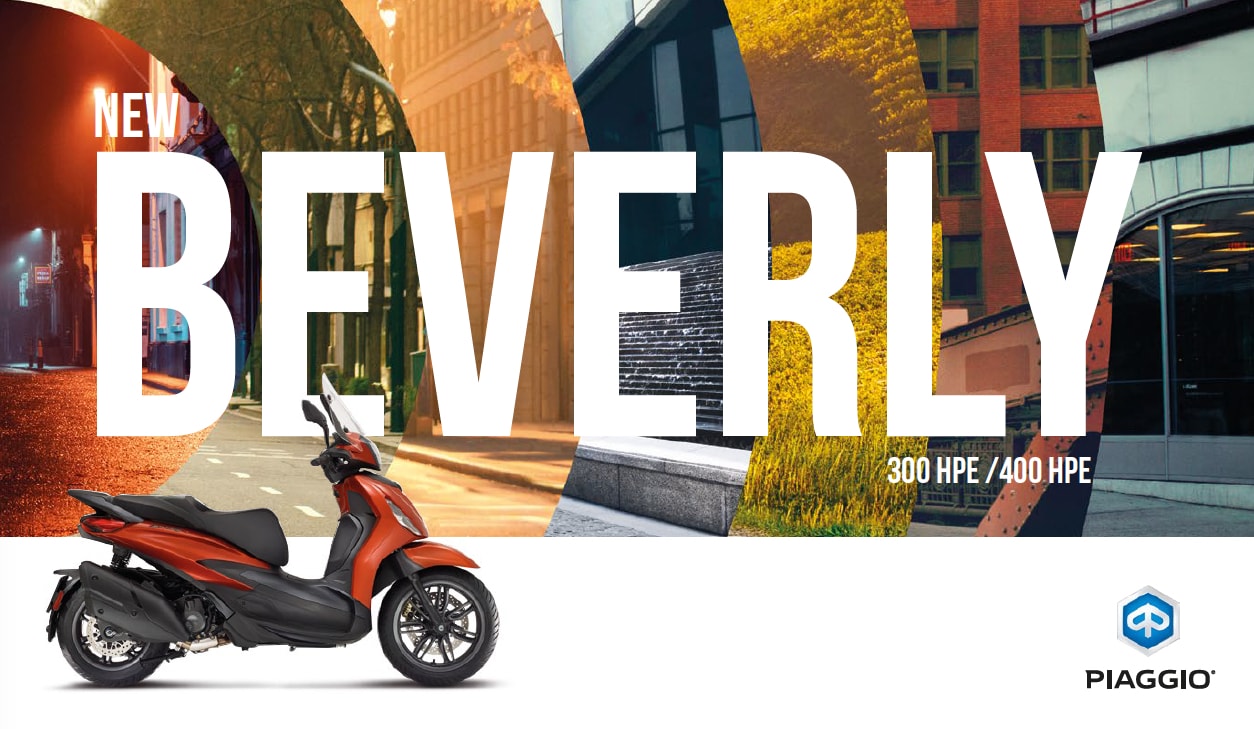 Hospitality par excellence: Grand Hotel Palazzo, one of the most beautiful in the world, evoking the charm of royal family’s holidays and Belle Époque, overlooking the sea with a view of the Tuscan Archipelago and the legendary Mascagni Terrace. Elegance, history and culture are palpable in the prestigious, nineteenth century building, with period decoration and modern services.

The schedule for each day dedicated to the press (9, 10 and 11 March) included the media brief followed by three daily test ride sessions (10 journalists in each session).

And the European press representatives were also shown, for the first time, the special Vespa 75th series (fully equipped Vespa Primavera 125 and GTS 300 hpe on display), created to celebrate its 75th birthday.

The road map for the test rides on the new Beverly laid out a scenic ride along the coast from Livorno to Vada, including famous towns such as Ardenza, Antignano, Calafuria, Quercianella, Castiglioncello and Rosignano, with the return trip on more internal roads, but no less spectacular and enjoyable. Scenic routes, with curves and hills, where Beverly flaunted all its features.

And then, on 12 March, about forty Piaggio Group dealers arrived in Livorno from all over Italy to enjoy four test ride sessions. A gratifying experience.

EVERYTHING YOU WANT TO KNOW ABOUT THE NEW PIAGGIO BEVERLY, WITH OFFICIAL VIDEO:
wide.piaggiogroup.com/en/articles/products/new-piaggio-beverly-urban-crossover 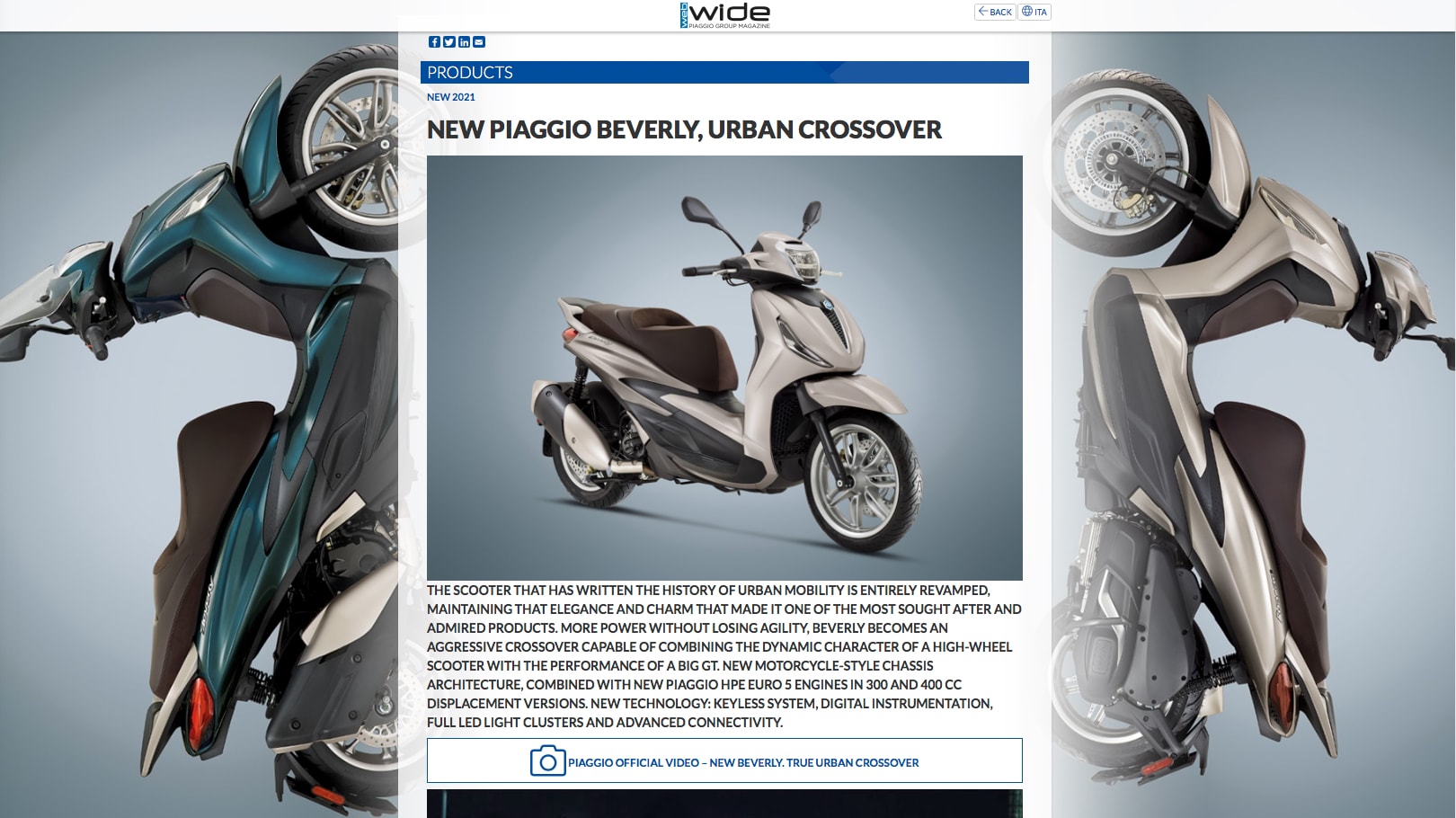