PIAGGIOGROUP@EICMA 2022 REWIND: THE EVENTS, THE VIPS, THE EMOTIONS

THE RUMBLE OF THE ’22 RS-GP, THE MEETING WITH THE APRILIA RACING RIDERS AND THE ITALIAN NAVAL AVIATORS; AND THEN CHALLENGES, CELEBRITIES – ACHILLE LAURO, MAX BIAGGI, GIGI SOLDANO – AND THE BIG VESPA&VANITY FAIR ‘DISCO FREEDOM’ EVENT.

Milan Rho Fiera (Italy), Eicma 2022, 10-13 November 2022 – The Piaggio Group participated in the 79th edition of Eicma – International two-wheel show, providing a vast all-brands showcase of the new Aprilia, Moto Guzzi, Piaggio and Vespa products, for which you can find a wide variety of articles on the home page or in the Product section. Here, on the other hand, we’ll provide a summary rewind of the numerous events which livened up the stage of the Piaggio Group’s large exhibit area, with an exceptional outside party. Here they are, so you can experience them with us.

APRILIA, RACING THRILLS. Meet the Aprilia Racing riders, Aleix Espargaró, Maverick Viñales, and Lorenzo Savadori, hear the rumble of the RS-GP live, meet the winners of the Aprilia 660 Trophy, meet & greet with the “corsair” Max Biaggi. The Aprilia menu was chock full, with a stage in the stand and in the Moto Live area.

And even more: pop star Achille Lauro, for the first time at Eicma, who proved to be a motorcycle enthusiast, riding the Aprilia Tuono 660; Maverick who ‘challenged’ Italian Naval Aviation fighter pilot Davide Bottoni; the finale of the Aprilia eSports Cup Tournament; and photographer Gigi Soldano...

Aleix Espargaró and Maverick Viñales comment on the 2022 #MotoGP season: 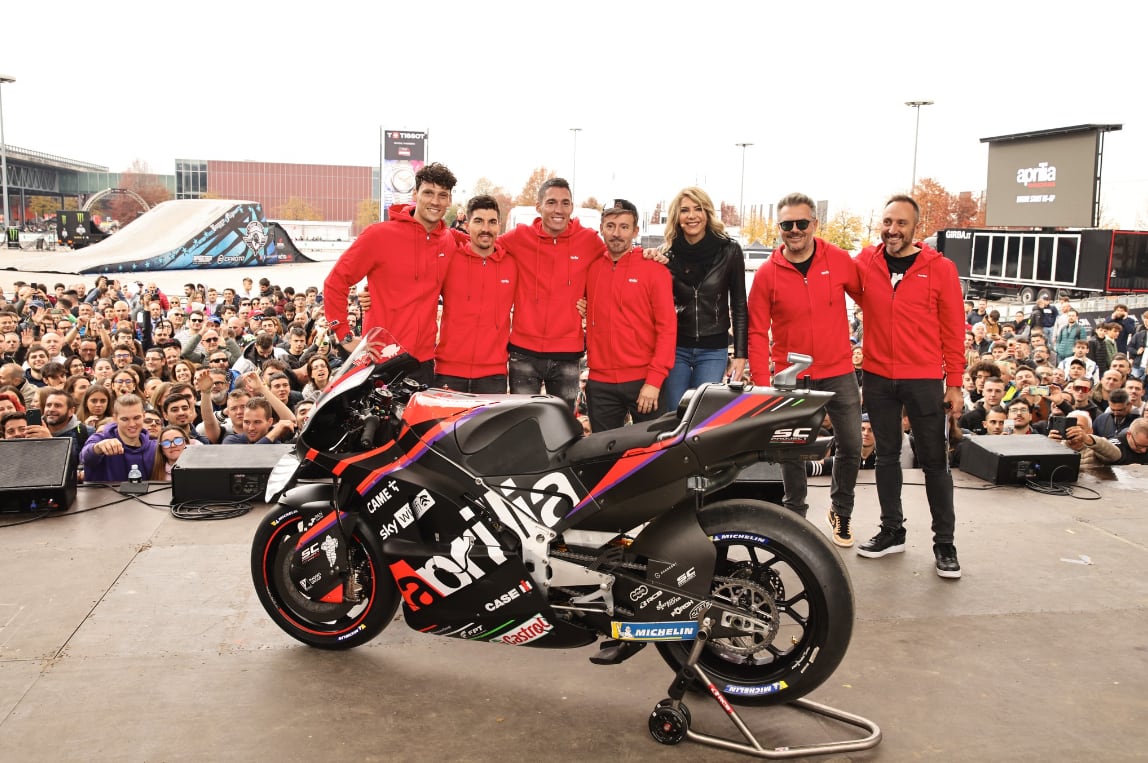 MOTO GUZZI, THE FLIGHT OF THE EAGLE. Naval Aviation pilot Davide Miniscalco on the stage to discover the similarities of piloting a bike and a plane; Maverick Viñales and fighter pilot Davide Bottoni; and then, Lorenzo Savadori talking about the emotion of GMG 2022, the Guzzi World Days of the brand’s Centennial celebration; fun with an eaglet on the stage and other surprises...

VESPA: THE PARTY IS HERE. On 10 November 2022, from the afternoon into the night. First “Let's Vespa” event: on the stage, DJ WAD and special guests talked about Vespa as the protagonist of cultural revolutions, works of art, musical and custom movements, cinema and television films, among games, videos, and music. And then, Fun Time by Vespa, with entertainment provided by Radio Deejay.

Then, at night, at Club Plastic of Milan, Vespa was the star of an event that celebrated artists, creators, celebrities from the fashion, sport, music, and show business world in the name of liberty. On hand were also Achille Lauro, Max Biaggi, and Lorenzo Savadori, with Albertino spinning the records. Super party! 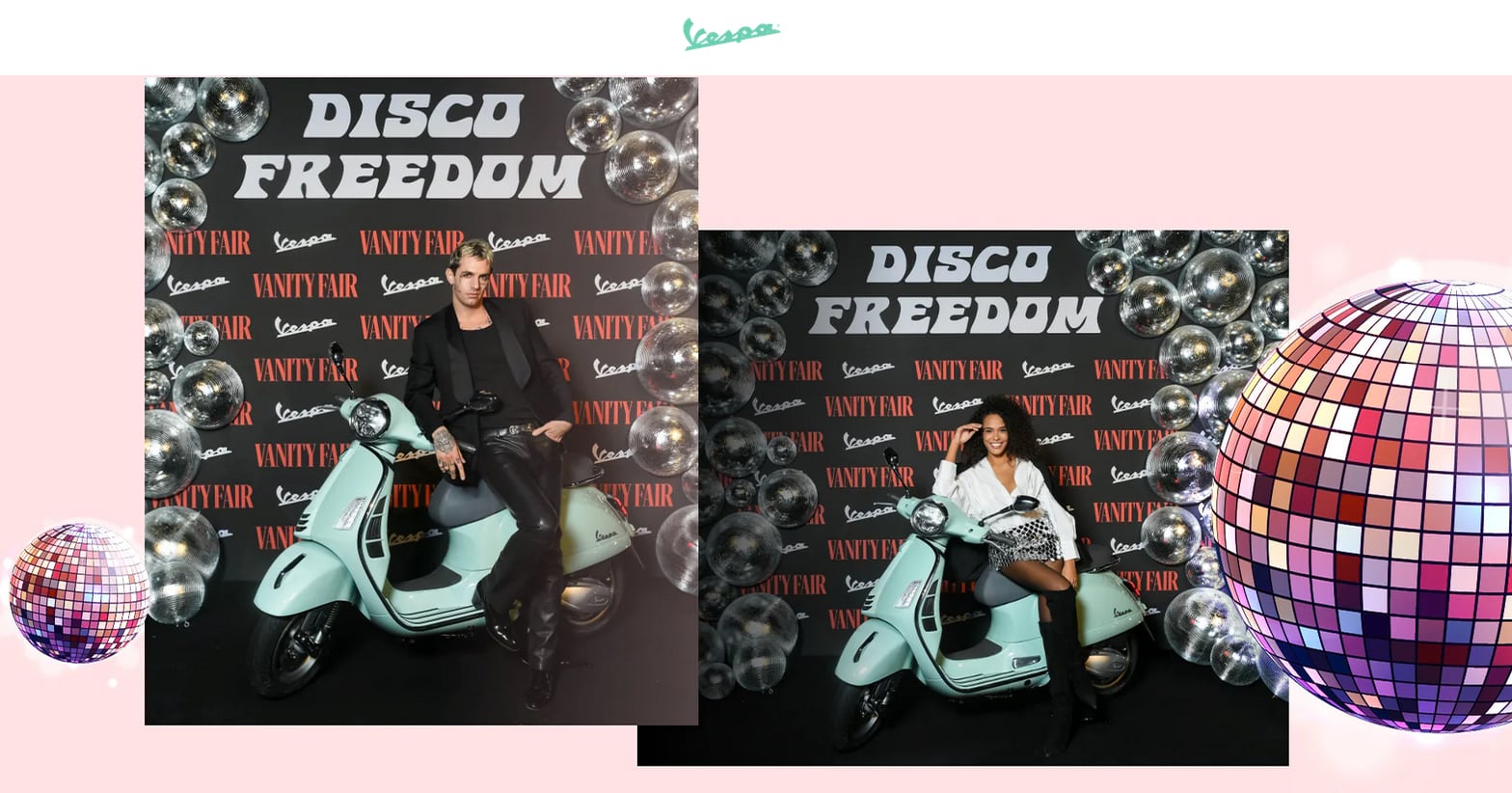 PIAGGIO FUN TIME by Piaggio 1. Not to be outdone, the Piaggio fans flocked to the stand on Sunday, 13 November, the last day of Eicma 2022, for the event with DJ WAD under the banner of fun with music, games, challenges, and fantastic give-aways. The start of the show was Piaggio 1, the super compact and quick 100% electric scooter that has been revamped in terms of performance and colours, offering much more and nothing less.