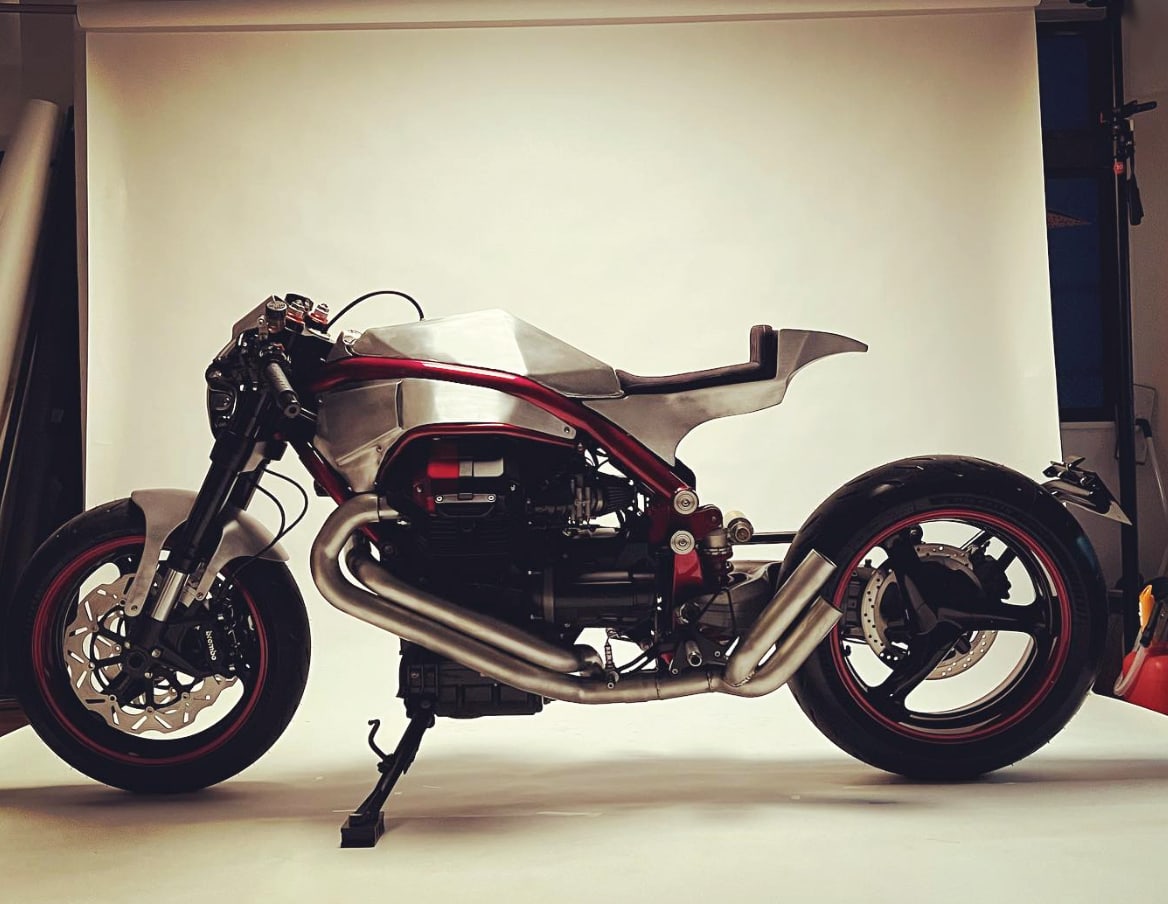 May 2022 – Another feat by Japanese customizer Kenji Katsumoto (atelier Katsu Motorworks of Munakata) which has made its way around the world in the specialised press. A client, he recounts on social media, asked him for a café racer Moto Guzzi with a street fighter base.

Challenge accepted, starting from a Griso 1100 entirely re-interpreted by Katsu. Here is the magnificent result: a shiny, silver special with profiling in dark red, a sporty and rugged line, with dominating exposed aluminium (handcrafted) and a small, soaring “tail”.

BEFORE AND AFTER: FROM THE FACTORY MODEL TO THE SPECIAL.

Months of work, a lot of creativity, and crafting skills and then the test ride before delivering it to the client, who is undoubtedly satisfied. Also because he entrusted the job to a true “master” of customising, renowned on an international level. This is his second Moto Guzzi special.

In fact, just ten years ago, he completed his first customisation on a Moto Guzzi – inspired by the V11 Sport - which earned the Best Café Racer award in the Japanese Mooneyes review. Here it is in this photo. 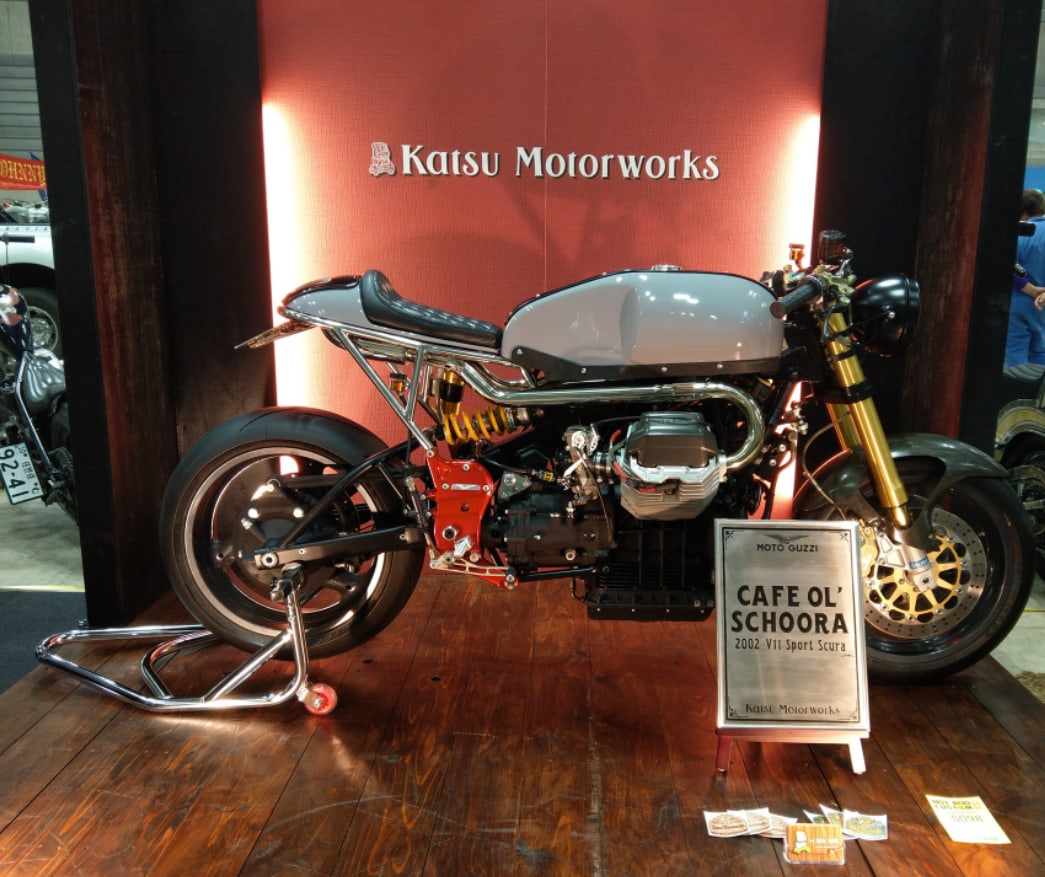 Here are the original Moto Guzzi bikes that inspired the specials: from the left, the Griso 1100 launched in 2005, the V11 Sport naked and the Moto Guzzi V11 Scura, both from the year 2002.

In the photo below: the Katzu Motorworks shop in Munakata, prefecture of Fukuoka, Japan. 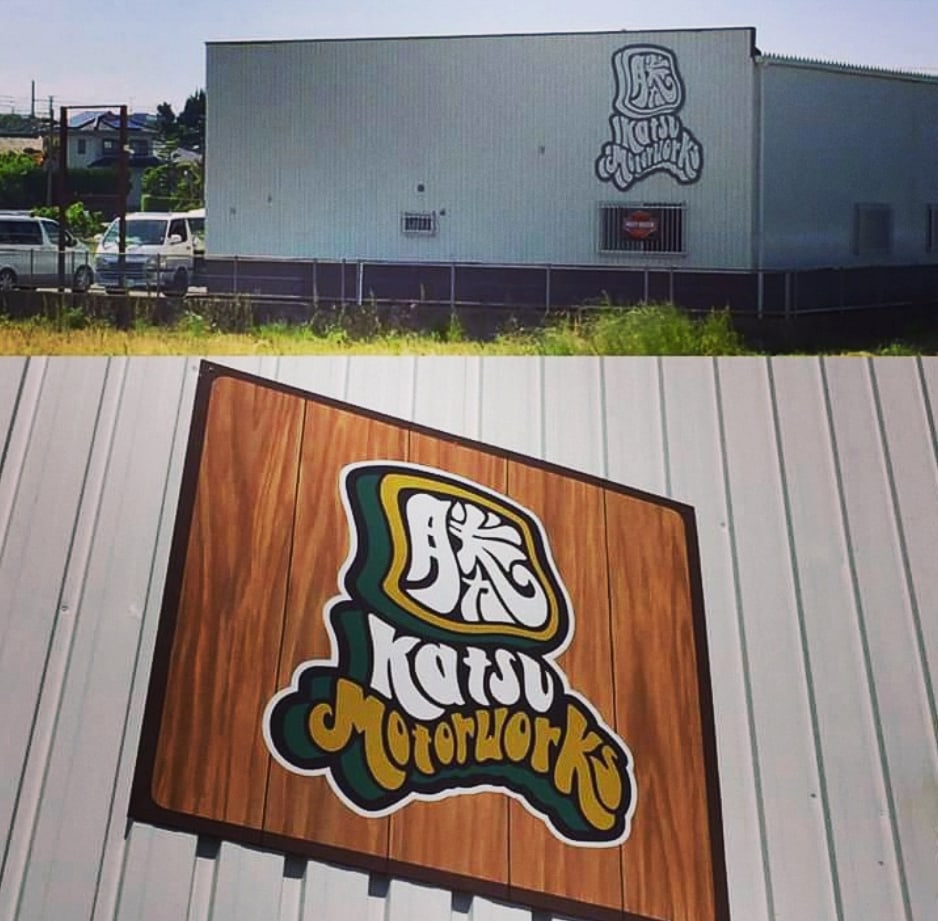