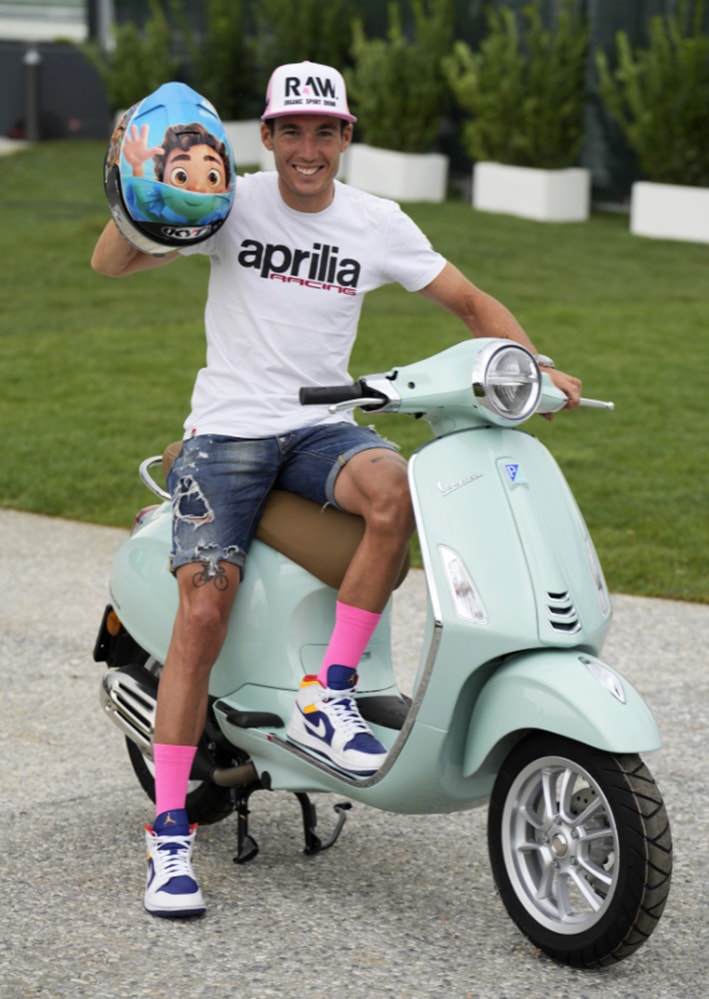 22 September 2021 - We would be remiss not to share the latest news where the protagonists are “our” VIPs, like MotoGP rider Aleix Espargaró, this time not on his thunderous Aprilia RS-GP, but astride an elegant Vespa Primavera, showing off his racing helmet painted with the stars of Luca, the Disney animated film, where Vespa is one of the main stars.

It was with this helmet (also decorated with the names of his twin children, Max and Mia) that Aleix took to the track for the Misano race in Italy this past weekend. And he certainly did not go unnoticed.

Also in Misano, in the Aprilia Racing paddock, a special guest made an appearance, thrilling the entire team, including Massimo Rivola, Aprilia Racing CEO. None other than Olympic high jump gold medallist in the Tokyo games, Gianmarco Tamberi: here he is in these photos with MotoGP rider Maverick Viñales, the latest addition to the Aprilia team.

Last, but not least, let’s hear it for actor Ewan McGregor, Moto Guzzi testimonial, for winning a 2021 Emmy Award (Television Academy 2021-CBS) for his starring role in the film “Halston” (Outstanding Lead Actor in a Limited or Anthology Series or Movie category). Congratulations! 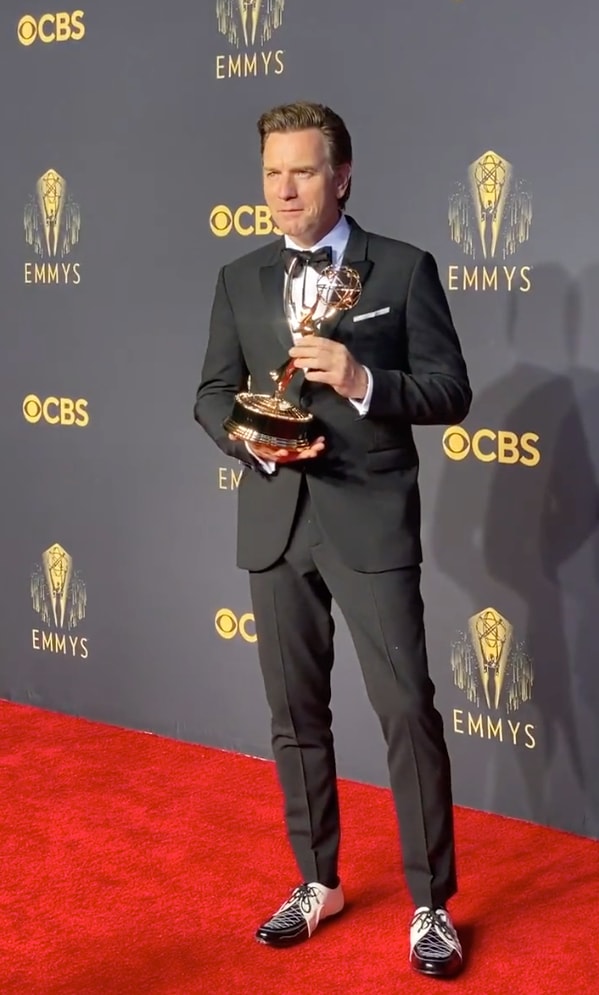