"BACK TO FREEDOM" HAS BEEN RELEASED, THE NEW SONG BY MARLON PRANTL AND VERENA PÖTZL

IT IS THE SOUNDTRACK OF THE HERMANN WEISKOPF FILM "RIDE BACK TO FREEDOM", CURRENTLY TOURING THE BEST CINEMAS IN AUSTRIA, WITH UPCOMING STOPS IN ITALY.

10 June 2022 - Austrian director Hermann Weiskopf is currently touring Austria for the launch of his latest documentary film "Ride back to Freedom"( www.ridebacktofreedom.com), already presented in the collateral programme of the 78th International Film Festival of Venice.
Here is the Wide article:
wide.piaggiogroup.com/en/articles/people/venice-austrian-director-hermann-weiskopf-and-his-vespa-in-the-venetian-lagoon 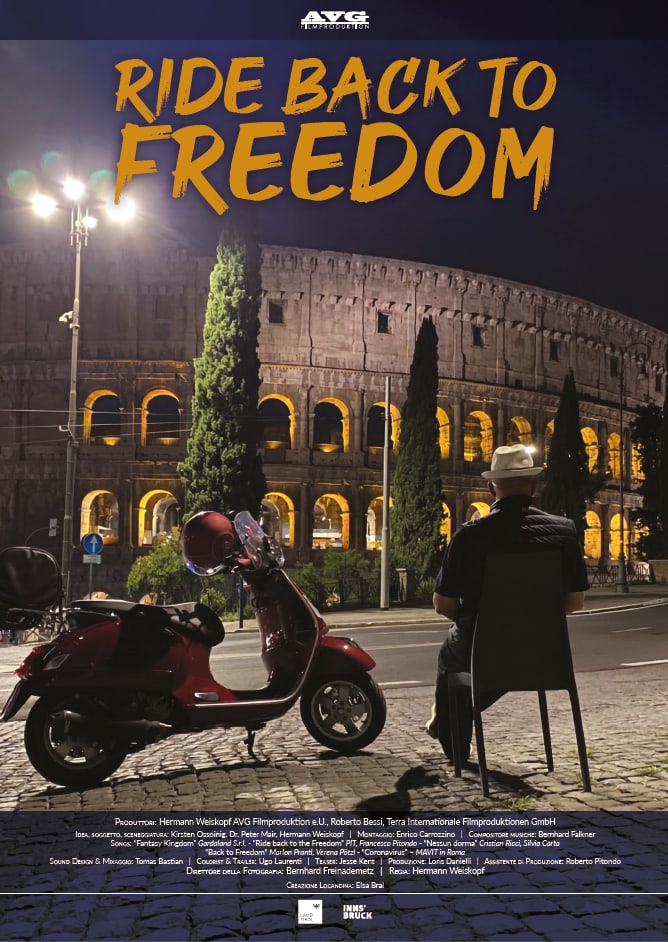 In the docufilm, the director is also the protagonist, astride his Vespa GT, of a unique trip through Italy in 2020 upon the reopening of the borders after the first lockdown due to the pandemic. And these are intense months for him. After the successful test screening in Budapest , he has been busy with a full calendar of projections in the best Austrian cinemas, meetings with the public (with Vespa fans) and plans for further film presentations-events, also planned for Italy. We’ll keep you posted. 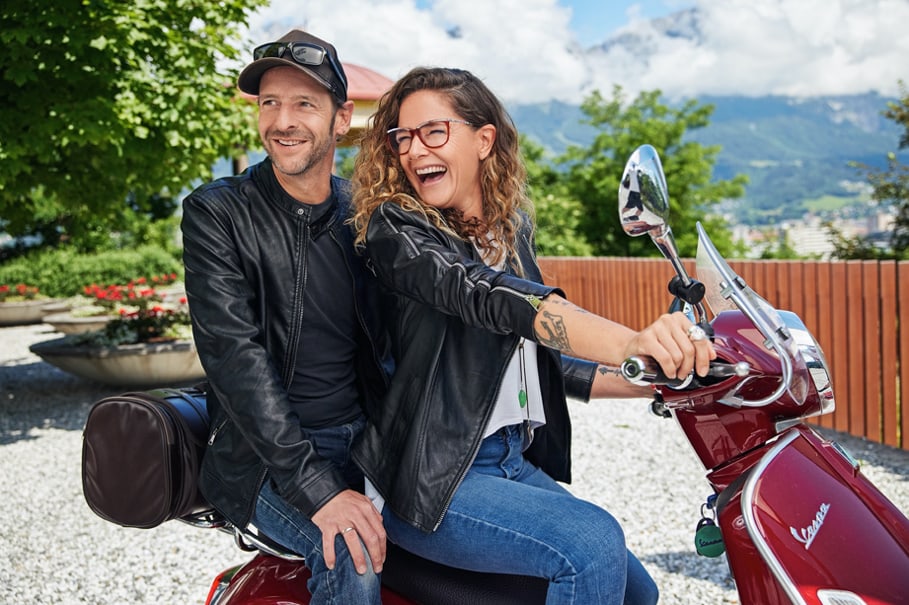 Musicians Marlon Prantl and Verena Pötzl, true stars in Austria, during the recent photo shoot in Tyrol for the launch of their new song. They are astride director Hermann Weiskopf’s Vespa GT (photo by Christian Schneider).

In the meantime, the new song by Marlon Prantl and Verena Pötzl has been released, called “Back to Freedom”, which is the soundtrack for Weiskopf’s docufilm. The artistic association between the director and the TyRoll group of musicians led to the composition and success of the "Back to Freedom" music theme for the film. Artists Marlon Prantl and Verena Pötzl – extremely famous in Austria – sing a duet and sing in yodelling style, not only in English, but also harmoniously using the special dialect of the Oetz Valley, declared an intangible cultural heritage by UNESCO in 2010.
The song is an anthem to a positive outlook on life and an invitation to seek out individual freedom, even in difficult times like the ones we are living through now.
The song "Back to Freedom" can be heard on all the most popular download and streaming platforms. And the numerous fans are already anxiously awaiting the video of the song! 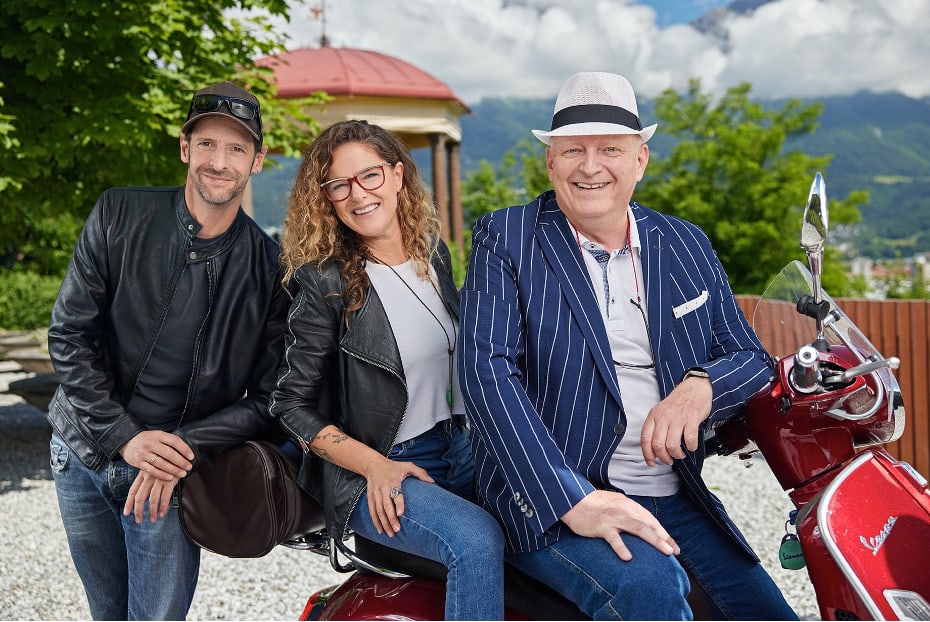 The first artistic collaboration – dating back to the days of the internationally multiple award-winning film "Otto Neururer - Hoffnungsvolle Finsternis" – launched a brilliant success for the musician from Oetz Valley, Marlon Prantl, and for his group, TyRoll. In fact, their song "Bist du bei mir" (you are with me) was awarded in 2019 - along with songs composed by musician Bernhard Falkner - as best music from a film with the Horizon Award at the International Sound & Film Music Festival" in Pola, Croatia.
Yet another reason for Hermann Weiskopf to extend an invitation once again to Marlon Prantl and Verena Pötzl – aided by successful Tyrol-based producer Ralf Metzler – to collaborate creatively on his new film "Ride back to Freedom". 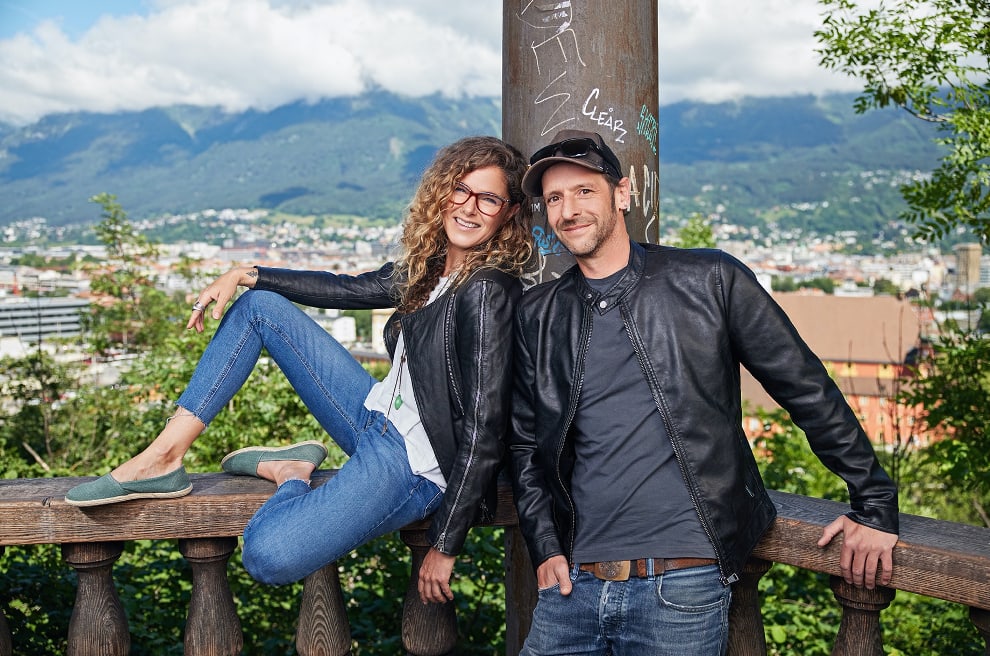 The theme of this film, which inspired the song, comes from the trip through Italy accomplished by the director himself, Hermann Weiskopf, astride his beloved two-wheeler immediately after the first strict Covid-19 lockdown. The director explains, “The purpose of the trip was to capture the mood of the people and to see if the meaning of the word ‘freedom’ for myself and for people in general had changed after the first dramatic wave of the pandemic.”
The result of this surprising project is contained in this documentary film – Ride Back to Freedom – touching and fun, which is currently playing in Austrian cinemas and which will be broadcast by Servus TV (the Red Bull TV platform) in Austria and Germany.

Also collaborating on the song "Back to Freedom", were bowed string musicians Reinhard Tamerl, Alexander Scheiber, Herbert Praxmarer and Peter Greier with Jürgen Nawratil on the bass. English chorister and singer Sarah Hawkyard. Musical producer Ralf Metzler, renowned for his extreme creativity, is also the person who composed and mixed the song. The cover photo of the song "Back To Freedom" was taken by Oetz Valley native photographer Adriano Raffl.
Further information is available on the band’s homepage www.tyroll.com and at www.avgproduktion.com.

Speaking of Verena Pötzl, between talent shows, gold records and… the Olympics. The newspapers report that Verena started her career singing in the Mango Deluxe cover band. In 2003 she participated in the second edition of the Starmania talent show, broadcast by the Austrian national television channel ORF. On 23 January 2004, she was crowned winner, earning a record contract with Universal. Her début single, Addiction, was released in February 2004 and shot to the top of the weekly charts of the most sold songs in Austria. Four days after it was released, it was certified as a gold record due to the 5,000 copies sold. 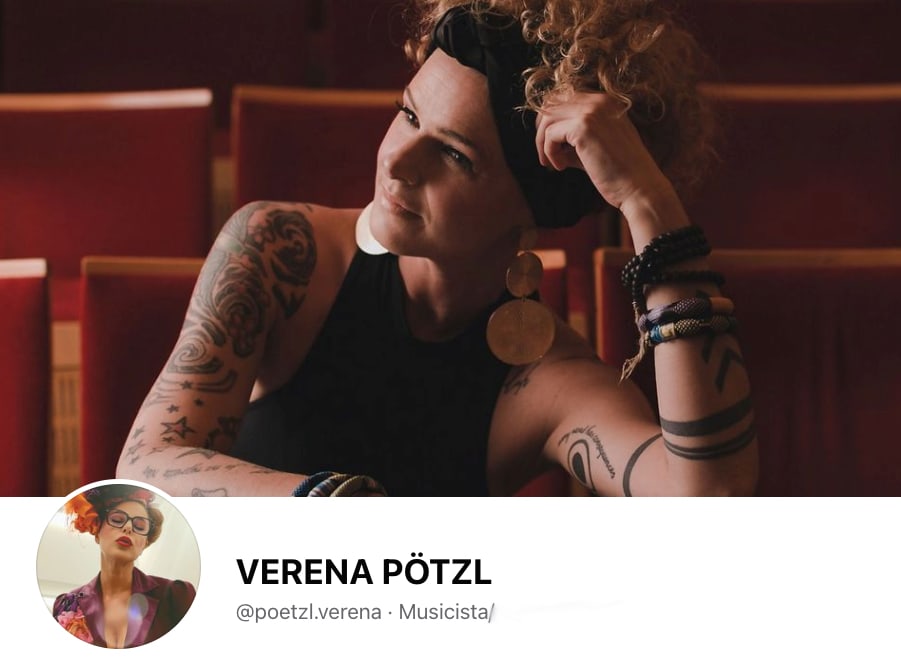 The début album, entitled Taken Unaware, was released in May of 2004, winning a gold record for the 10,000 copies sold on a national level. In November 2005, Verena released a new single, Live Olympic, and it was used in the Austrian adverts for the 2006 Turin winter Olympics. 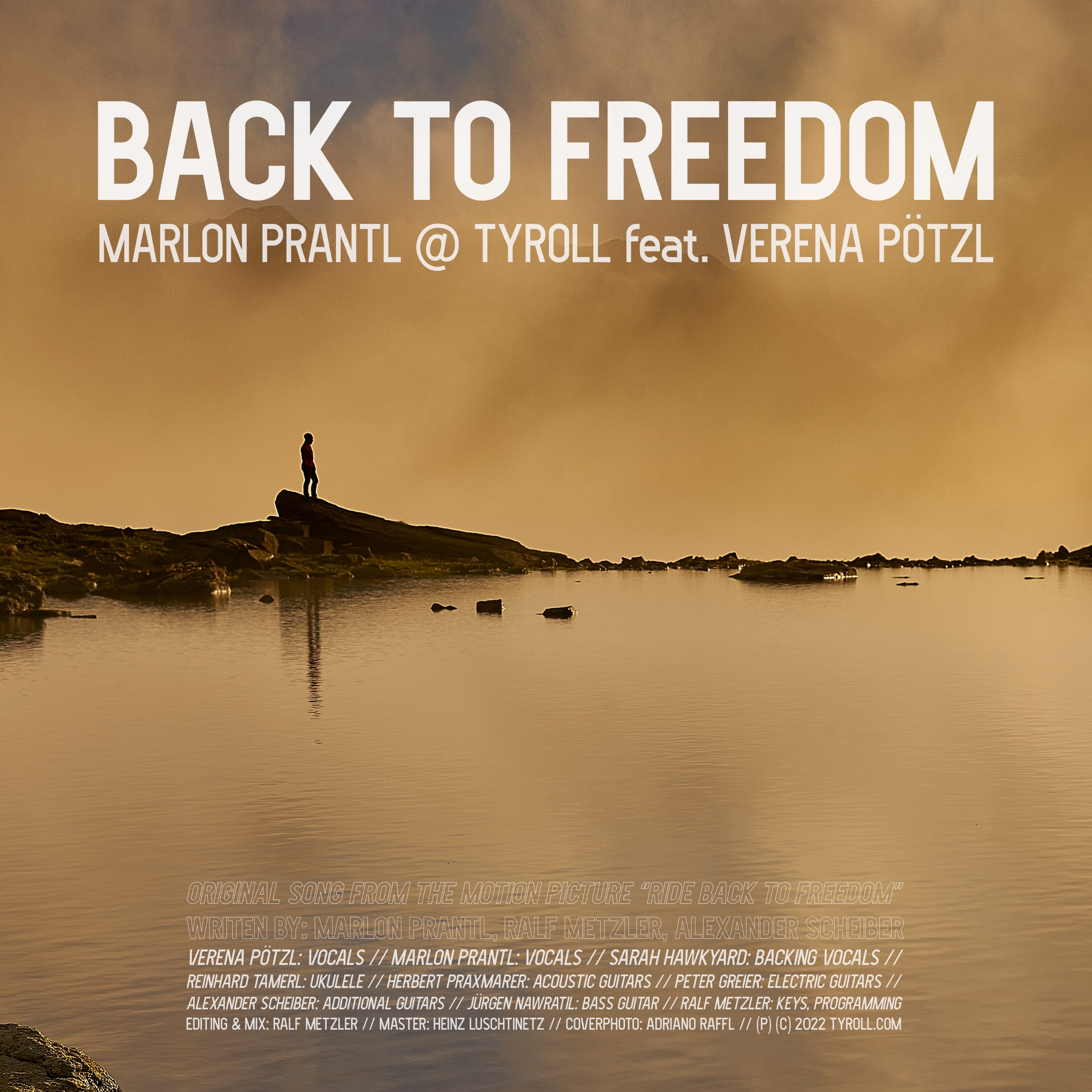