INTERVIEW WITH THE NEW PRESIDENT OF VESPA WORLD CLUB MAURO CALESTRINI, AT THE HELM OF 60 NATIONAL CLUBS ON EVERY CONTINENT

“VESPA ENTHUSIASTS REPRESENT A GLOBAL COMMUNITY: MY COMMITMENT TO GROWING THE CONNECTION AND COLLABORATION BETWEEN PEOPLE ON AN INTERNATIONAL LEVEL, FORTIFIED BY AN EXTRAORDINARY AND UNINTERRUPTED 75-YEAR HISTORY AND AN EVERGREEN ENTHUSIASM THAT INCREASINGLY INVOLVES YOUNG PEOPLE.”

6 April 2022, Piaggio Museum, Pontedera (Italy) – Mauro Calestrini is an enthusiast with great drive and a desire to place his international entrepreneurial experience at the service of the Vespa World Club, of which he is the new President. Wide magazine met him at the Piaggio Museum to get to know him and to tell our readers about him, beginning with a brief biography.

WHO IS MAURO CALESTRINI, PRESIDENT OF THE VESPA WORLD CLUB: Mauro Calestrini, President of Vespa Club Carpi (Modena province, in the Emilia-Romagna region) since 2019, 53 years old, entrepreneur in a family business, had discovered his passion for Vespa already at 14 years of age with a 50 Special, later feeding it with a PX 125 that he still has in his collection. His love for collecting Piaggio vehicles began in 1991, when he purchased a 1951 V31 and then constantly enriching his personal museum, even with Ape models. He is a born collector: besides Vespa, he also loves all types of historic and general knick-knacks and memorabilia, even outside the strictly motoring environment. His favourite model is the first Vespa, the 98, and all the “Faro basso” models indiscriminately. When he participates in events, he habitually uses the suitable models based on the event, including the four-wheeled Vespa 400 and Ape vehicles, and he ‘raises’ new generations of Vespisti (Vespa enthusiasts), beginning with his very young children, whom he ‘carts about’ with the Vespa Sidecar - a blast for them and for dad.

Mr President, in December 2021 you were elected to lead the Vespa World Club, the official organism of global Vespismo, founded in 2006. How many nations does the VWC currently represent and how many Vespisti are members?
“The term ‘world’ inserted in the name of the association is used on purpose. The Vespa World Club is truly a global organism since it can currently count on 60 affiliated national Vespa Clubs on every continent, from Europe to Asia, from North and South American to Africa and all the way to Oceania (and, in turn, hundreds of local Clubs are associated with each national Vespa Club. Overall, there are tens of thousands of Vespisti members, not to mention other fledgling clubs that are not affiliated). I like to think that the Vespa World Club is a big community made up of people who ride the same vehicle, on which the sun never sets. At any given moment, at any given hour of any given day, there are Vespisti on the world, from Canada to Australia, from Morocco to Argentina.” 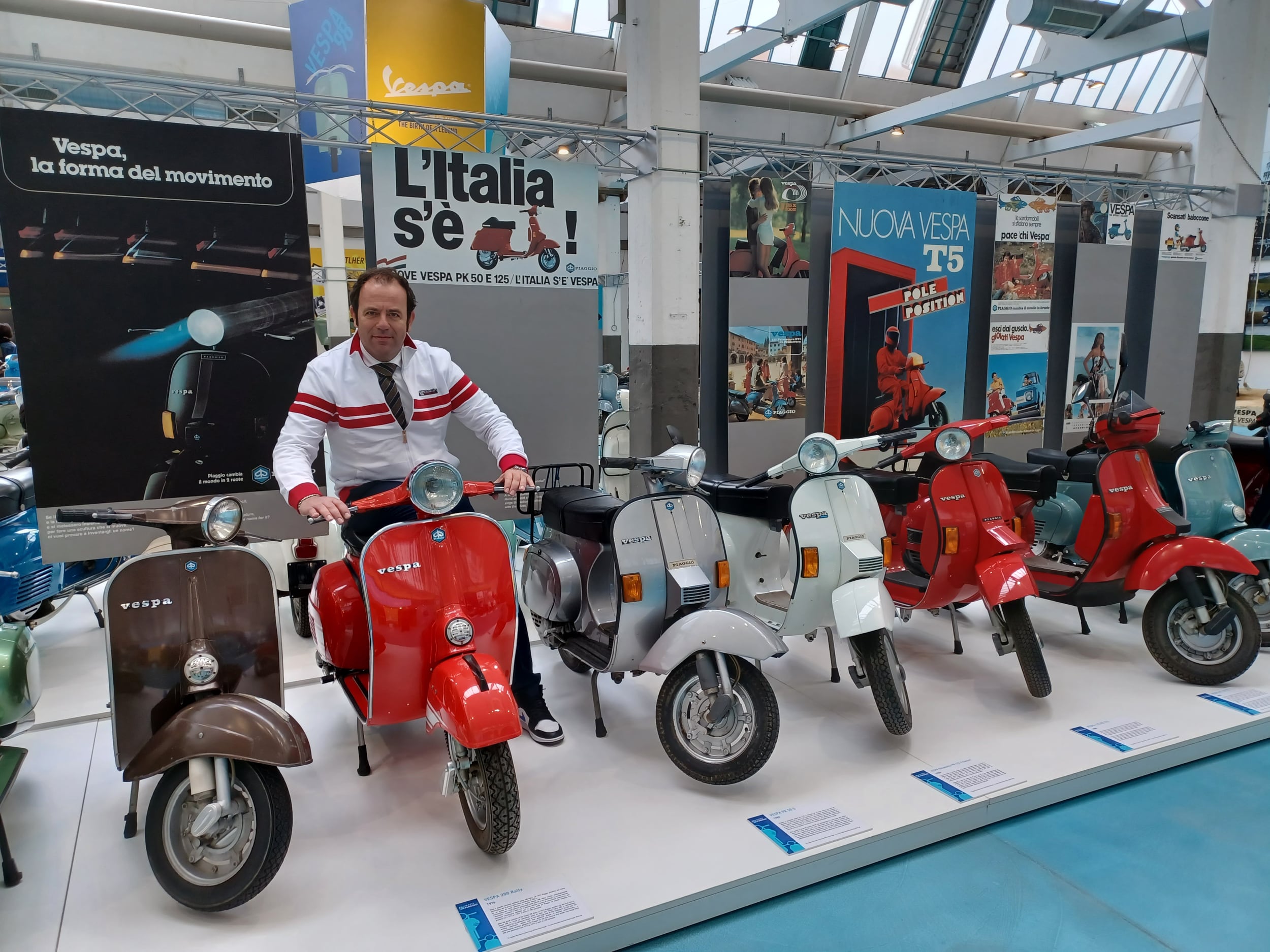 From the presidency of Vespa Club Carpi to leading the Vespa World Club: how are you tackling this international commitment?
“Being called to the top of the global association of Vespisti was an immense honour for me which fills me with pride and satisfaction. However, already the next day, I left these thoughts behind, dedicating all my energy to the quantitative development and qualitative progress of the Vespa World Club which, in my opinion, has enormous potential for growth. To our advantage, first and foremost, we have the fact that our passion focuses on an item with no equals, with characteristics such to make it unique and inimitable. There is an invisible red thread that brings Vespisti around the world together and my first task must be to make this bond increasingly more solid. Building a collective identity will be the primary objective in the coming months, also through reinforcing contacts between the national Vespa Clubs through 360° communication.”

Did Roberto Leardi, President of Vespa Club d’Italia for almost 40 years and first President of the VWC (of which he is still Honorary President), give you any tips for tackling this new and huge commitment?
“It’s hard to respond to this question because just being compared to Roberto Leardi frightens me more than a bit. I don’t think that anyone, beginning with me, can even think about being his equal or even surpassing him in terms of ability and especially passion for this activity. I'm just pleased to be the second Italian, after him, to preside over the Vespa World Club. I didn't ask Roberto Leardi for advice. I aspire to follow him on the trail he blazed over the forty years that he held the top role in the Vespa galaxy, seeking to learn and to promote the heritage represented by the Vespa World Club as much as possible.”

What are the primary aspects of your role as President of the VWC? Which activities are you called on to perform on an international level?
“As the President, I lead a board made up of four other members from Europe and North America. I like teamwork. No one must think that they can lead such a demanding and articulated mechanism alone, so the full collaboration of all is absolutely necessary in order to achieve the goals we set for ourselves. Those who work alongside me are skilled and expert people and I think that together we’ll be able to find the necessary unity of intentions, essential for making the Vespa World Club ‘machine’ work. This is the top and most important international Vespa organisation in the world, and it must be the main point of reference for all. And of course, I cannot forget the figure of our General Secretary, Marco Manzoli, with whom I found the right synergy already in just a few months.”

From your first contact with the national Clubs, what was your impression? In the Vespa world, can you feel the desire to take back freedom, travel, rediscover oneself, and discover new places and new friends?
“In these first four months as President (editor’s note: he was elected in December 2021), I’ve had the chance to get to know, albeit digitally, may presidents of the national Vespa Clubs. I’ve met fantastic men and women, driven by unimaginable enthusiasm, especially in those countries that are the farthest away from us. I think that for us Europeans, and for Italians in particular, Vespa is something that has been familiar for decades, whereas for others, the adventure has just begun. I noticed that the passion we have for Vespa pales in comparison to what I've seen springing up in Asia or South America, just as a couple examples. We ‘long-time’ Vespisti take many (too many) things for granted, whereas those who are just now entering the Vespa world discover a heritage of immense value.” 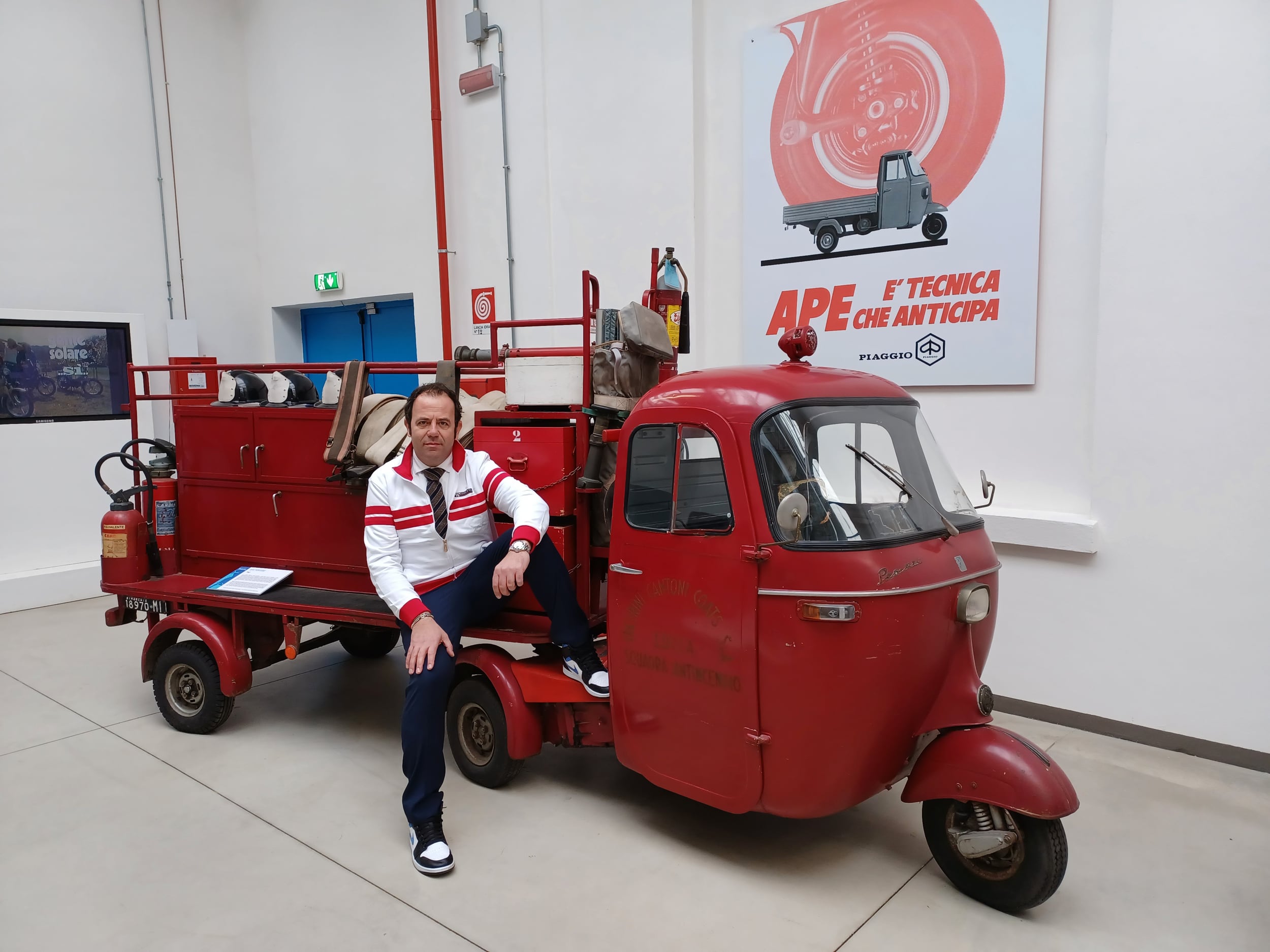 As the new VWC President, how are you approaching the new Vespa season, with thousands of events and initiatives that the Clubs offer all over the world?
“The current time of coming out of the pandemic - an event that has stopped us for two years - is obviously creating further difficulties in organising events, although it seems like the situation is stabilising on a global level. First and foremost, we need the certainty of being able to schedule our initiatives without other risks connected to health conditions. Once all the problems that have arisen from 2020 to the present, we’ll finally be able to put together large, international events. After the long stop, we Vespisti are also experiencing the period of reawakening. This can be noticed by the number of small and large events scheduled in every country.” 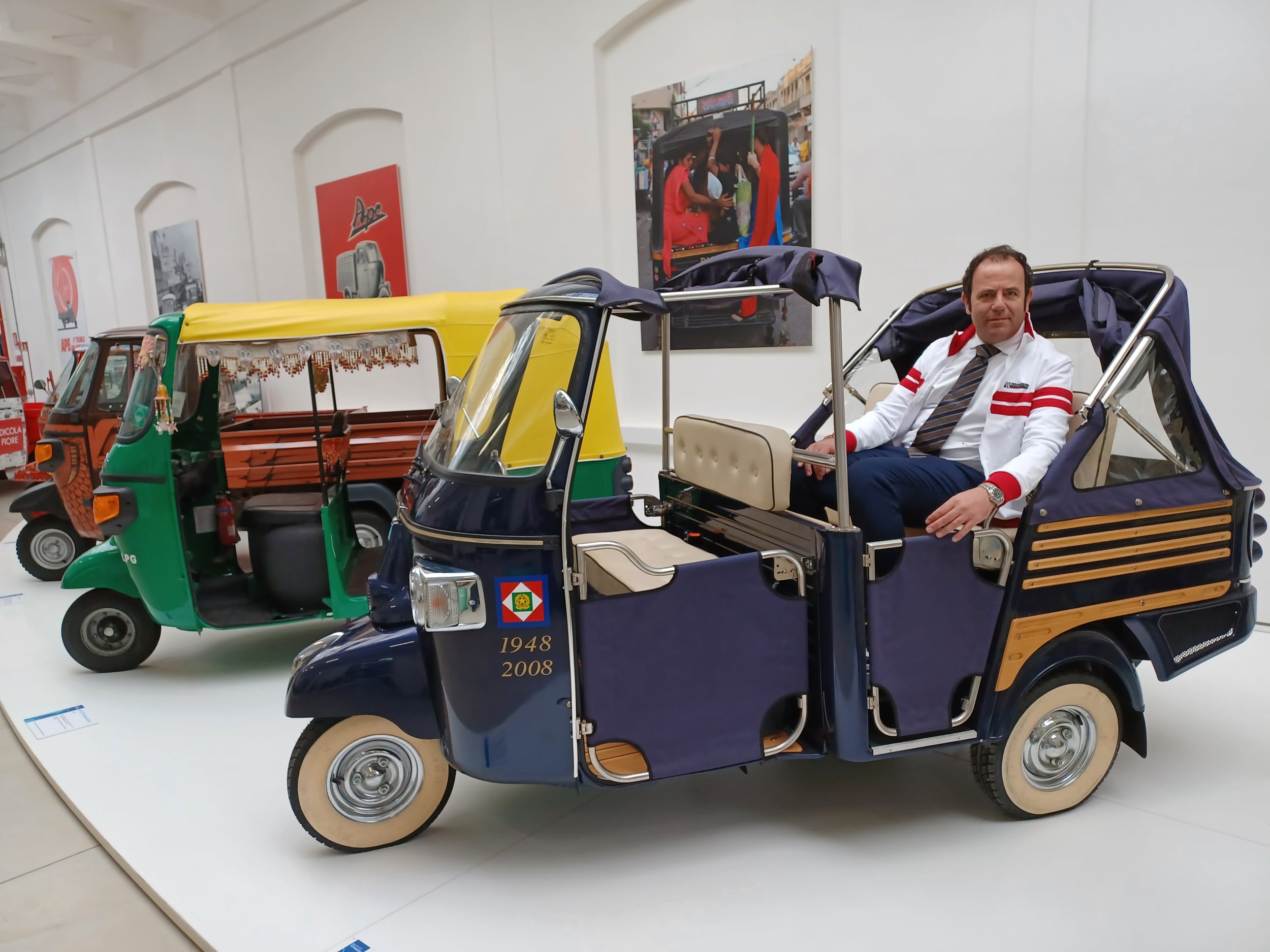 Save the date: what are the primary events of 2022, both in Italy and abroad?
“On an Italian level, there is already an extremely full calendar of events for 2022, both touring and sporting, as well as on a historic level: more than three hundred events have already been defined. On an international level, the Vespa World Days are planned in Bali (Indonesia), and the European Vespa Days are planned in Guimarães (Portugal). These are make-up events scheduled for 2020 which have been waiting for two years to be accomplished and we will be keeping a watchful eye on them to celebrate them the way they deserve.” 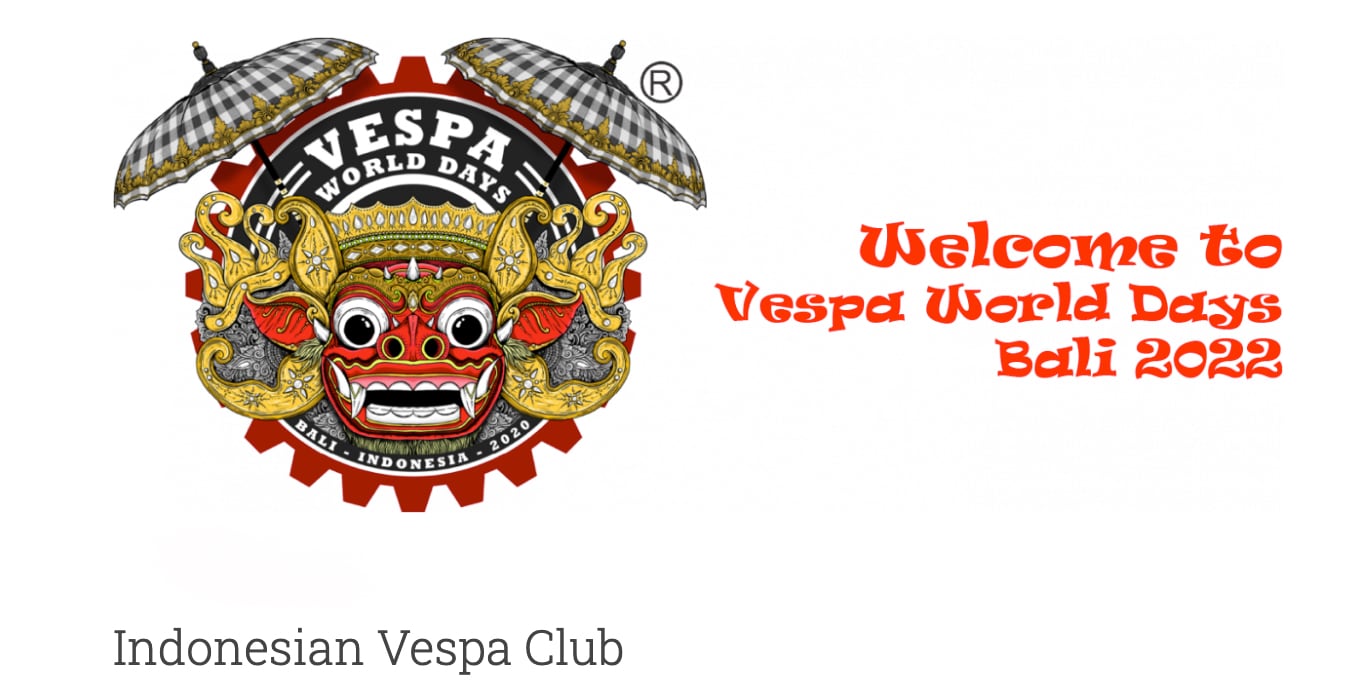 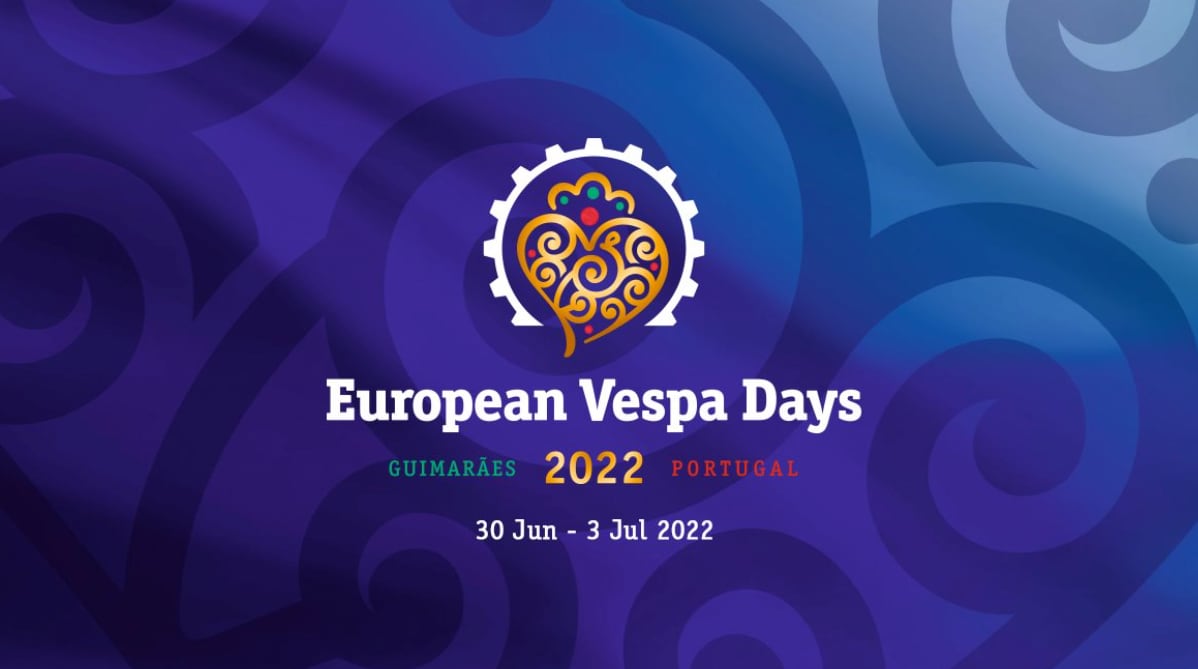 President Calestrini, a final comment for our Wide magazine readers…
“As an Italian - citizen of the only country in the world where a Vespa could have been born - I cannot help but feel great responsibility. Besides Roberto Leardi (President of the VWC from 2006 to 2012, followed by Austrian Martin Stift, from 2012 to 2021), one of my predecessors was Renato Tassinari, the man who was asked directly by Enrico Piaggio to create the Vespa movement, first nationally and then internationally. Of course, times have changed and I must understand the evolution of the various aspects that make up our new universe in order to keep it in step with modernity. And I wish to conclude with the motto that I always keep planted in my mind. ‘Vespa without borders’, which I have also translated into the various languages. This will be my slogan, but it actually represents the end goal of my job over the next three years.”
We wish you a great job, Mr President! 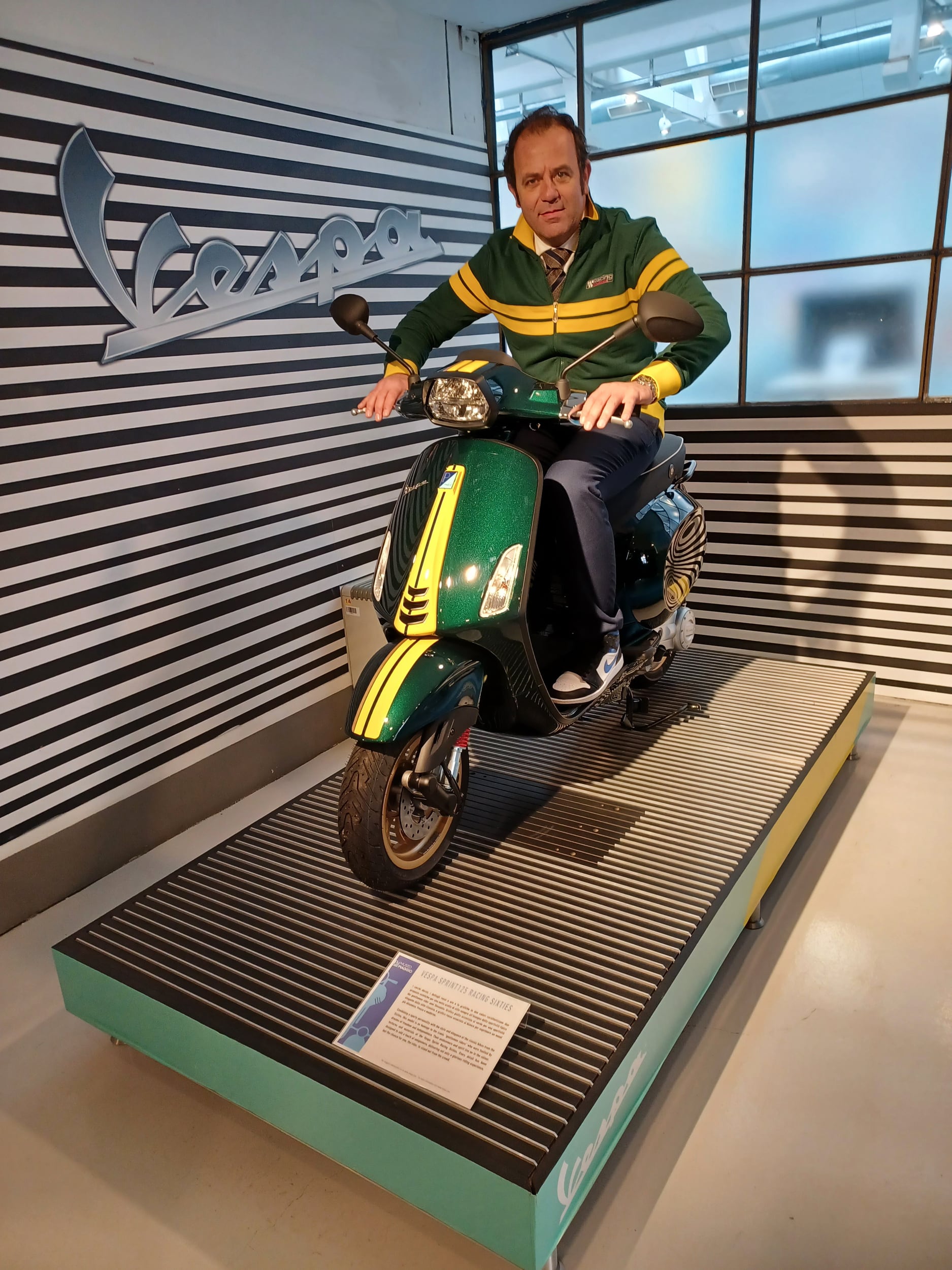 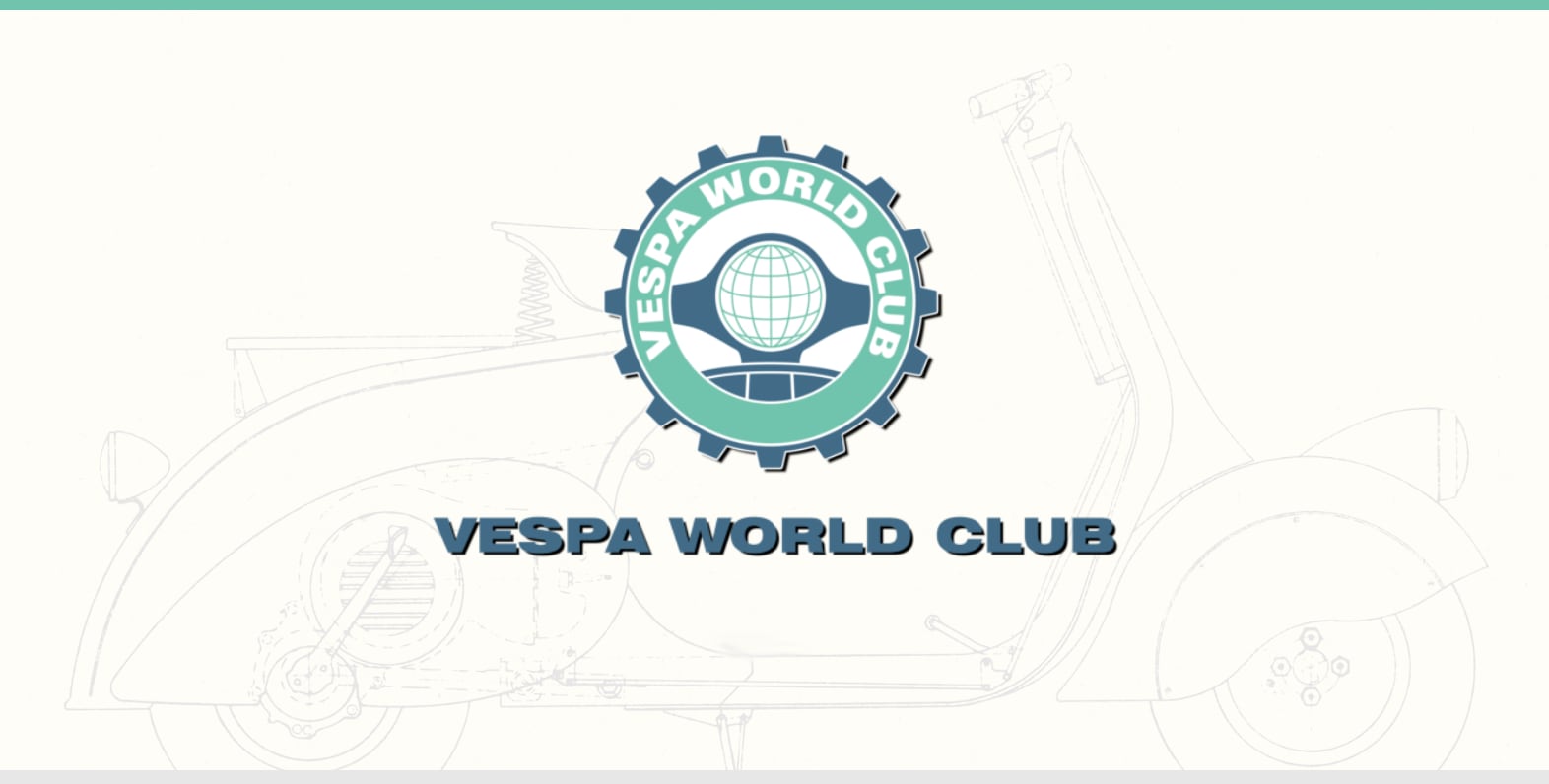