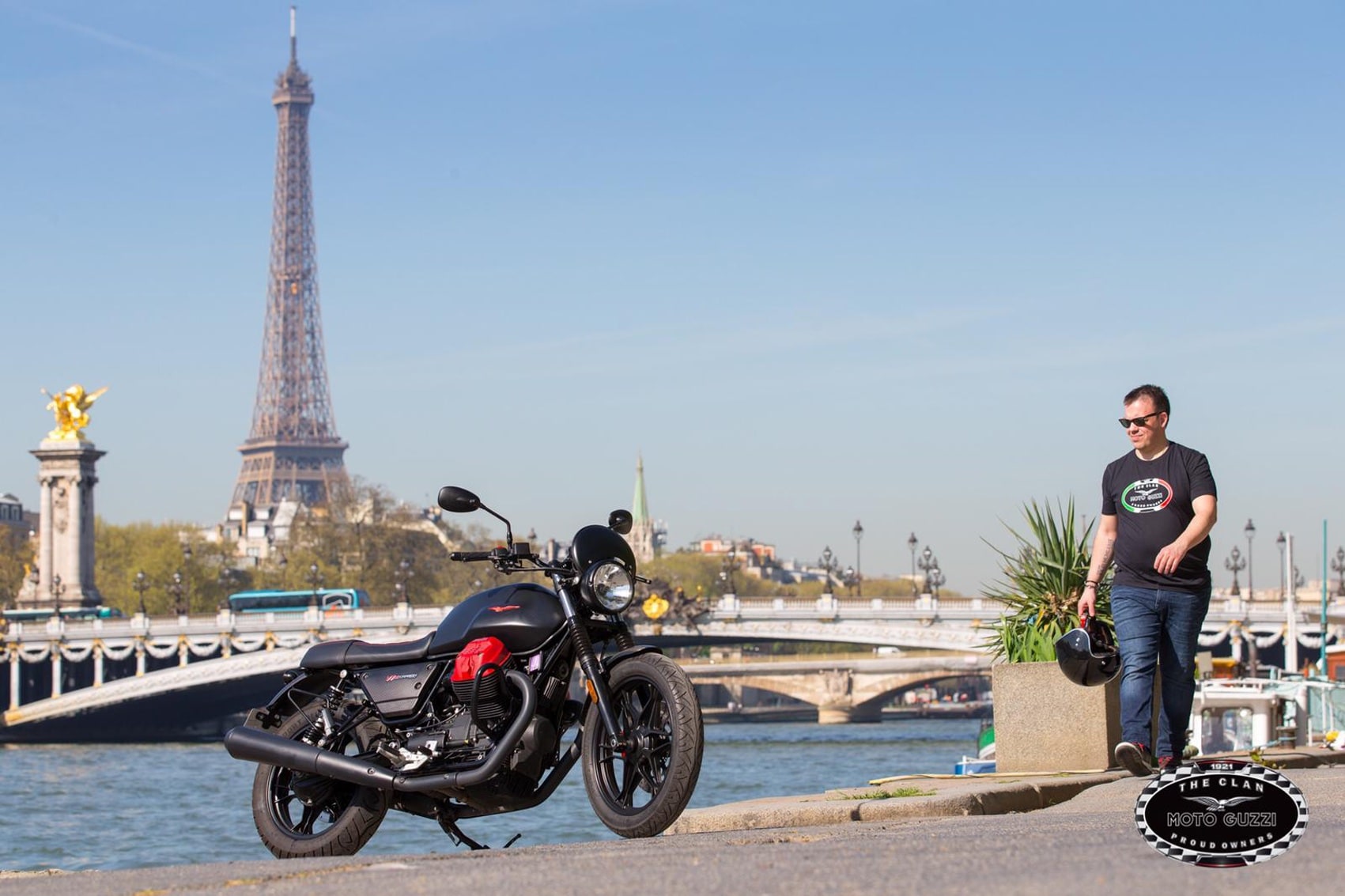 July-August 2019 – The E-mail from Paris sent by Luca Pittalis (renowned restaurateur who has been in the French capital for more than 15 years) reached the editorial office in late July. Luca (member of The Clan, the official Eagle brand community) writes: “A passion for Guzzi bikes born a long time ago and blossoming in 2012 with my first V7 and then confirmed in 2017 when I ordered the V7 III Carbon (the first one ordered from outside of Italy…). On 13 February 2018, she arrived in Paris: number 0166, which I rechristened Night Ruby. Not long afterwards, I was made Admin of the Moto Guzzi V7 France Facebook page, which shares my passion. And today, this same passion has inspired me to etch the Eagle from Mandello and its legendary twin-cylinder engine onto my skin... the rest is history.”

Luca was not joking: along with his message, he sent the photos that testify to his “mad” gesture of love. Namely, a large tattoo (embossed!) on his back of the Guzzi eagle with wings spread (inspired by a nineteen-seventies era version of the brand), with the stylish cylinders of the legendary engine from Mandello in the background. The tattooed work of art seems to be an exact reproduction of the logo that appears on the cover of the Bicilindrica magazine (La Rivista Guzzisti) (Twin-Cylinder, the Magazine for Guzzisti, published in Italy), of which Luca is also a faithful reader. And Wide interviewed him.
Luca, you truly have an overwhelming passion for Moto Guzzi...
“It’s true. My passion for Guzzi has provided me with a way to come out of an unhappy period and to be able to meet a lot of fans of the Italian brand on French soil. There is a large number of Guzzi fans in Paris that I did not expect to find. In one year, the group grew immensely and we are at almost 900 members now, including owners and future owners of the Italian bikes.”

Is your tattoo, which can out very nicely, by the way, of the Twin-Cylinder? Is it permanent?
“Yes, the tattoo is the reproduction of the ‘Bicilindrica’ magazine logo, embossed and done in Paris by the artist Wicasso.ink (Tattoo Paris).”
What recent rides have you taken astride your Night Ruby? And what are your upcoming destinations?
“I recently participated in the Café Racer Festival as a rider astride my V7: a maiden track outing for Night Ruby and for me. Upcoming destinations: the beaches of the Normandy landing and then, on 29 September, the DGR (editor’s note: Distinguished Gentleman’s Ride, a big motorcycling event that is held simultaneously in one hundred countries, with the participation of more than one hundred thousand bikers wearing elegant outfits), where we would like to participate this year with a large number of Moto Guzzis. But first, I’ll be in Mandello del Lario on Sunday, 8 September, for the unmissable Moto Guzzi Open House.”

What sensations do you have when you are riding your Moto Guzzi?
“Sensations? Always unique. Every time is like getting in the saddle for the first time.”
What other model in the Moto Guzzi range, besides the V7, do you like?
“The California Audace… it makes you want to go on a long ride, and I would also mention the new V85 TT that really impressed me.” 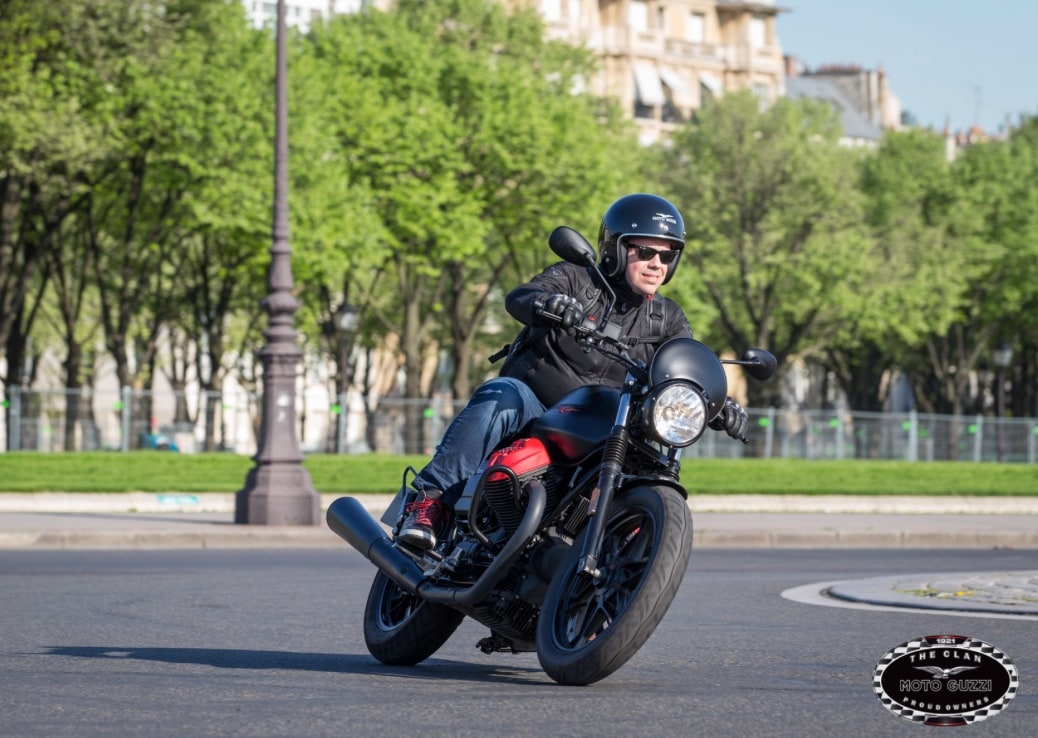 Thanks, Luca, and happy riding! And in closing, he promises: “The big trip from Paris to Mandello astride a Moto Guzzi will be for the brand’s Centennial in 2021, and it will be a French invasion of the mother company!” 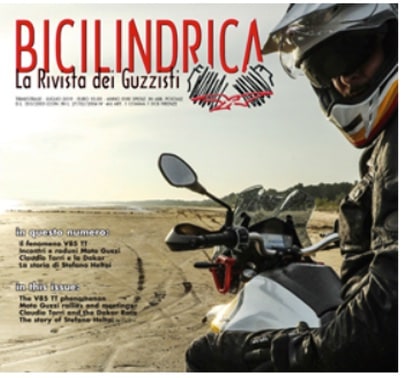 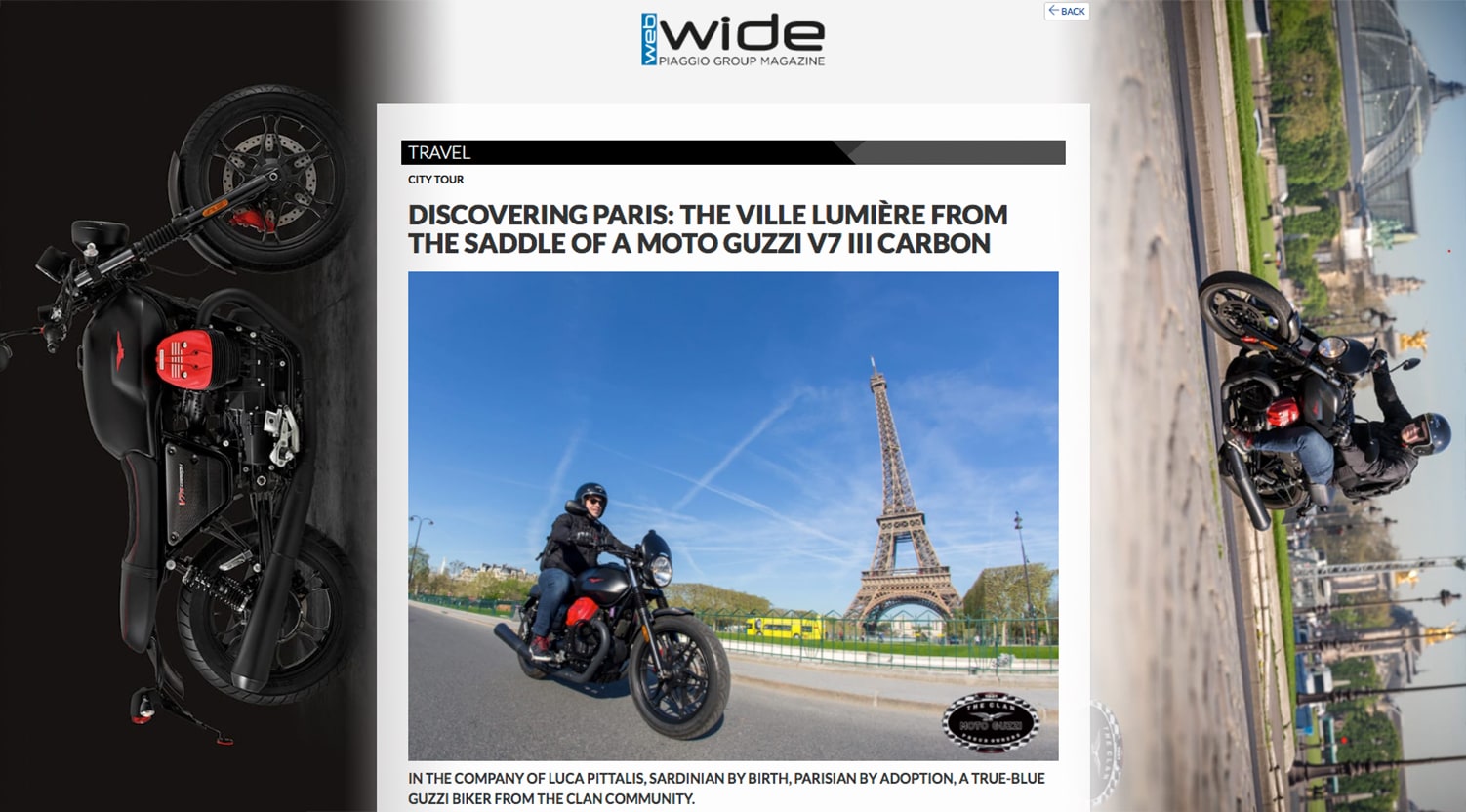