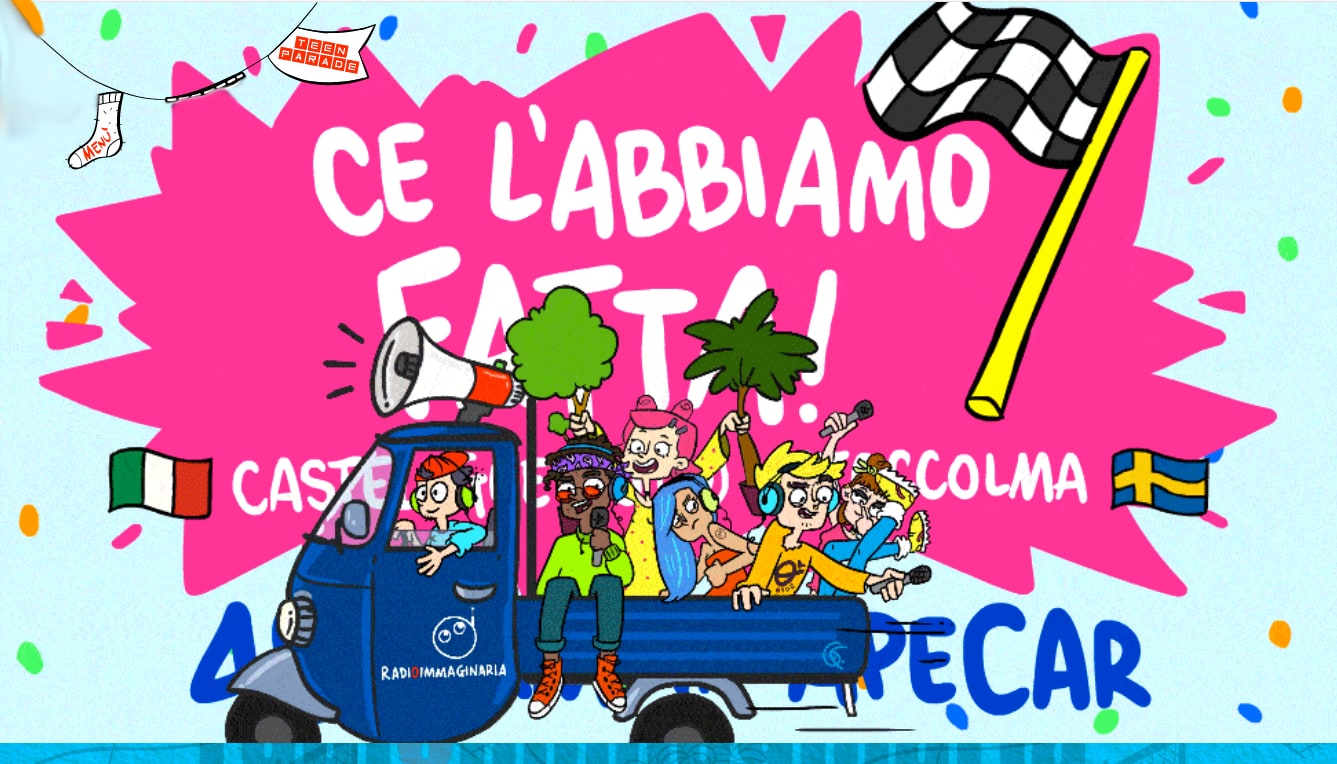 THE “RADIOIMMAGINARIA” TEAM OF TEENS TRAVELLED 4,852 KM, FROM CASTEL GANDOLFO (BOLOGNA, ITALY) TO STOCKHOLM, FROM 29 JULY TO 23 AUGUST 2019. GOAL: TO SEE OTHER COUNTRIES AND MEET OTHERS OF THEIR AGE IN THE NAME OF DEFENDING THE ENVIRONMENT. 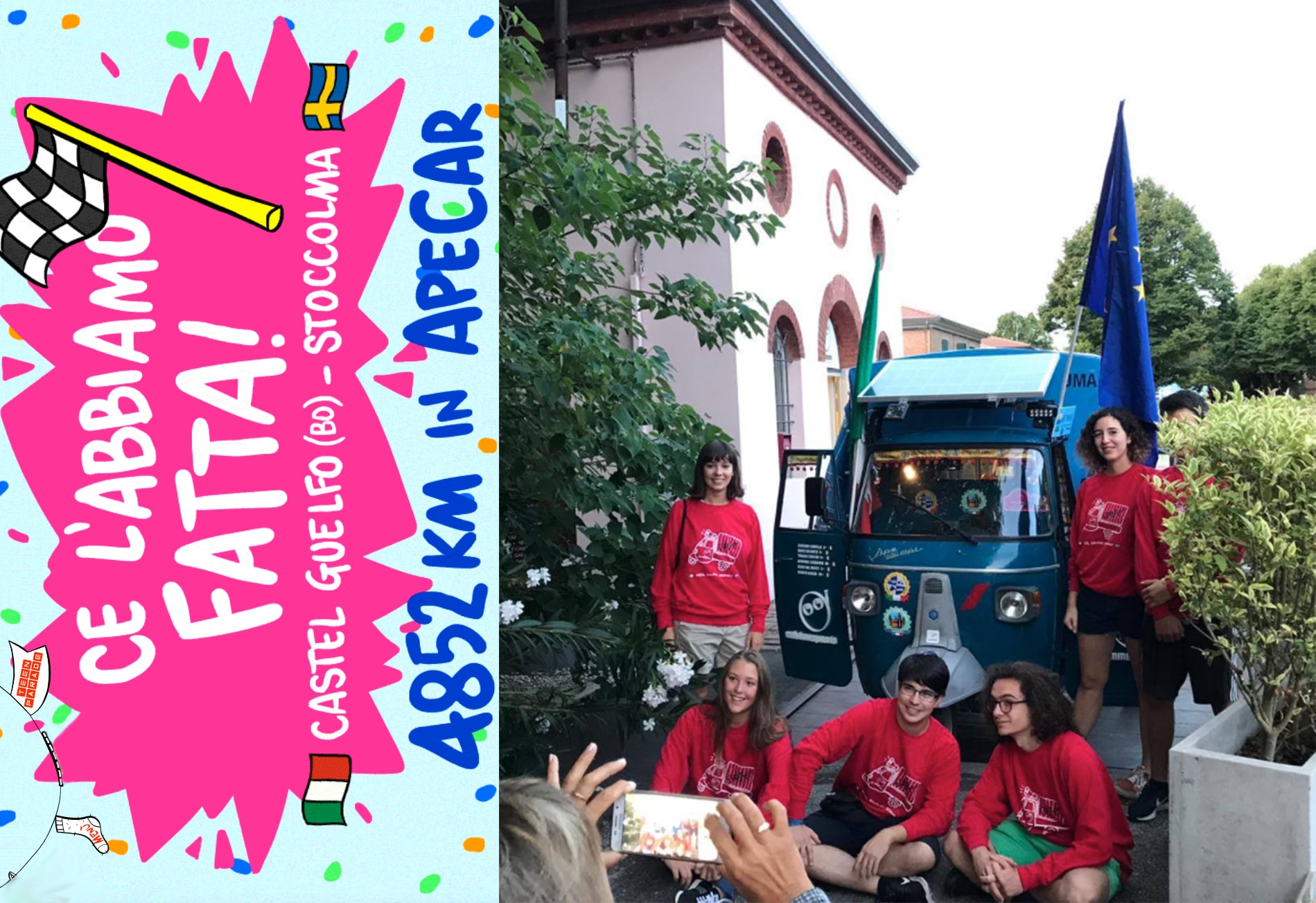 September 2019 – A charming vintage Ape was the co-protagonist and travel companion of the group of truly enterprising girls and boys of “Radioimmaginaria” who made their dream come true. They got to see Europe, meet others in their age group, united in the defence of the environment, drawing inspiration from Greta Thumberg, whom they met in Lausanne in early August during the Smile for Future 2019 event. They told her about their trip, called OltrApe. 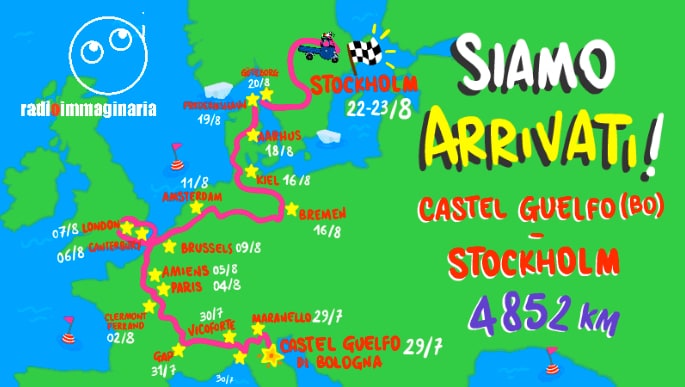 In the months prior, they were very busy making the plan become reality doing online fund raising, seeking the support of companies and other subjects (including Piaggio Foundation and the Ferrara and Castel San Pietro Vespa Clubs) and, above all, doing everything with an abundance of enthusiasm and determination. Ably overcoming every road and every climate, unexpected event and difficulty, they completed their adventure, well-documented with videos, on board diaries, photos and comments on their website:

They are likeable kids and so is the vehicle they chose: an Ape, industrious and tireless (procured in Palermo), “customised” for the occasion (the bed transformed into a mini-radio station where they broadcasted during the trip). They certainly did not pass unnoticed everywhere they went along the European roads, even being interviewed by newspapers and TV stations, with stops at Maranello and Vicoforte in Italy, Gap, Clermont Ferrand, Paris and Amiens in France, Canterbury and London in the United Kingdom, Brussels in Belgium, Amsterdam in Holland, Bremen and Kiel in Germany, Aarhus and Frederikshavn in Denmark, Gothenburg and Stockholm in Sweden. 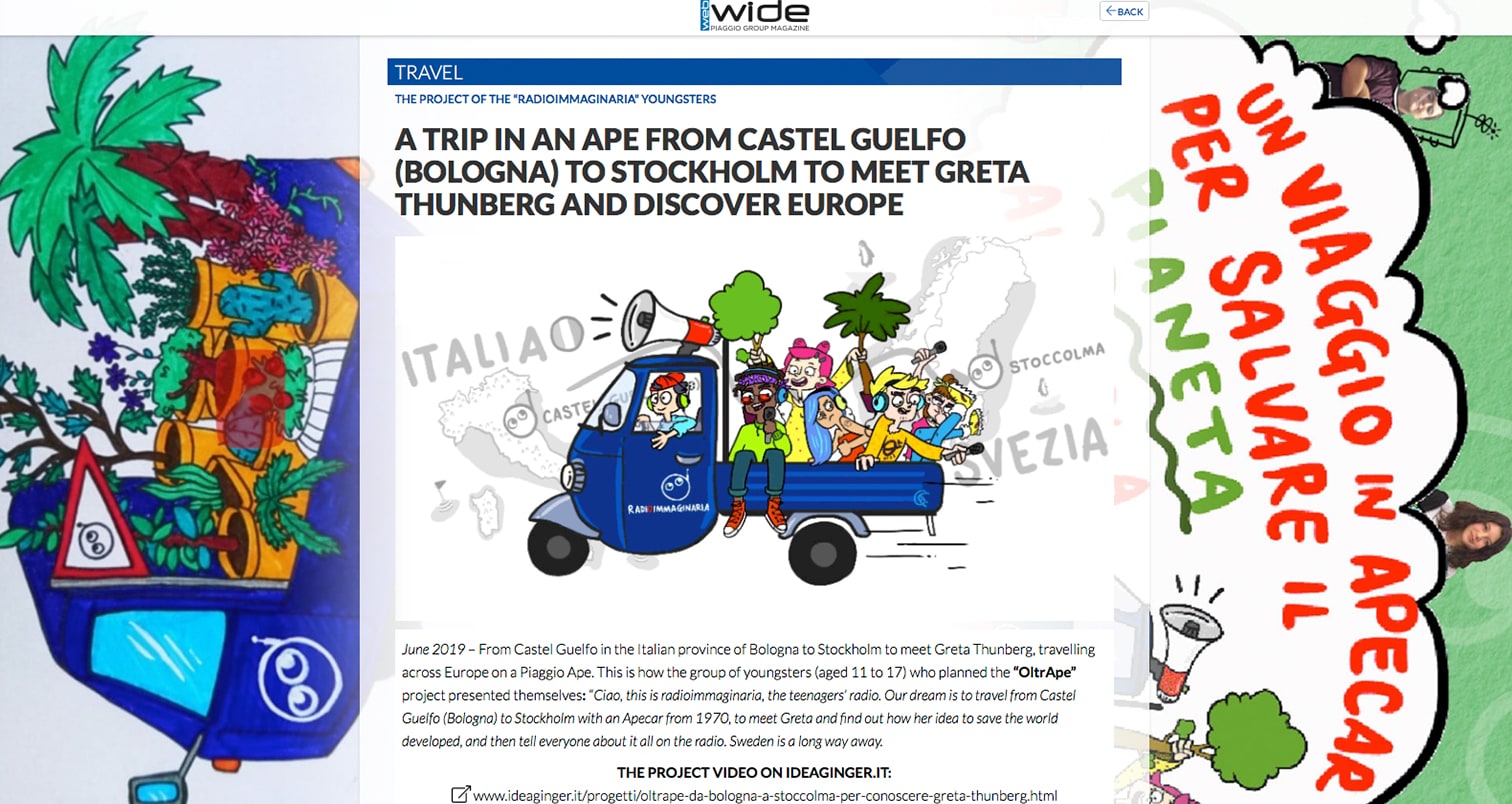