APRILIA RACING BEGINS PRODUCTION ON TWO MORE RUNS OF THE MOST POWERFUL AND LIGHTEST HYPERNAKED IN THE WORLD TO FULFIL THE REQUESTS ARRIVING FROM ALL OVER THE WORLD. 221 HP AND 166 KG, TUONO V4 X IS BORN OUT OF THE HIGHEST RACING TECHNOLOGY, ADOPTING MOTOGP-DERIVED SOLUTIONS AND MADE IN A LIMITED SERIES. 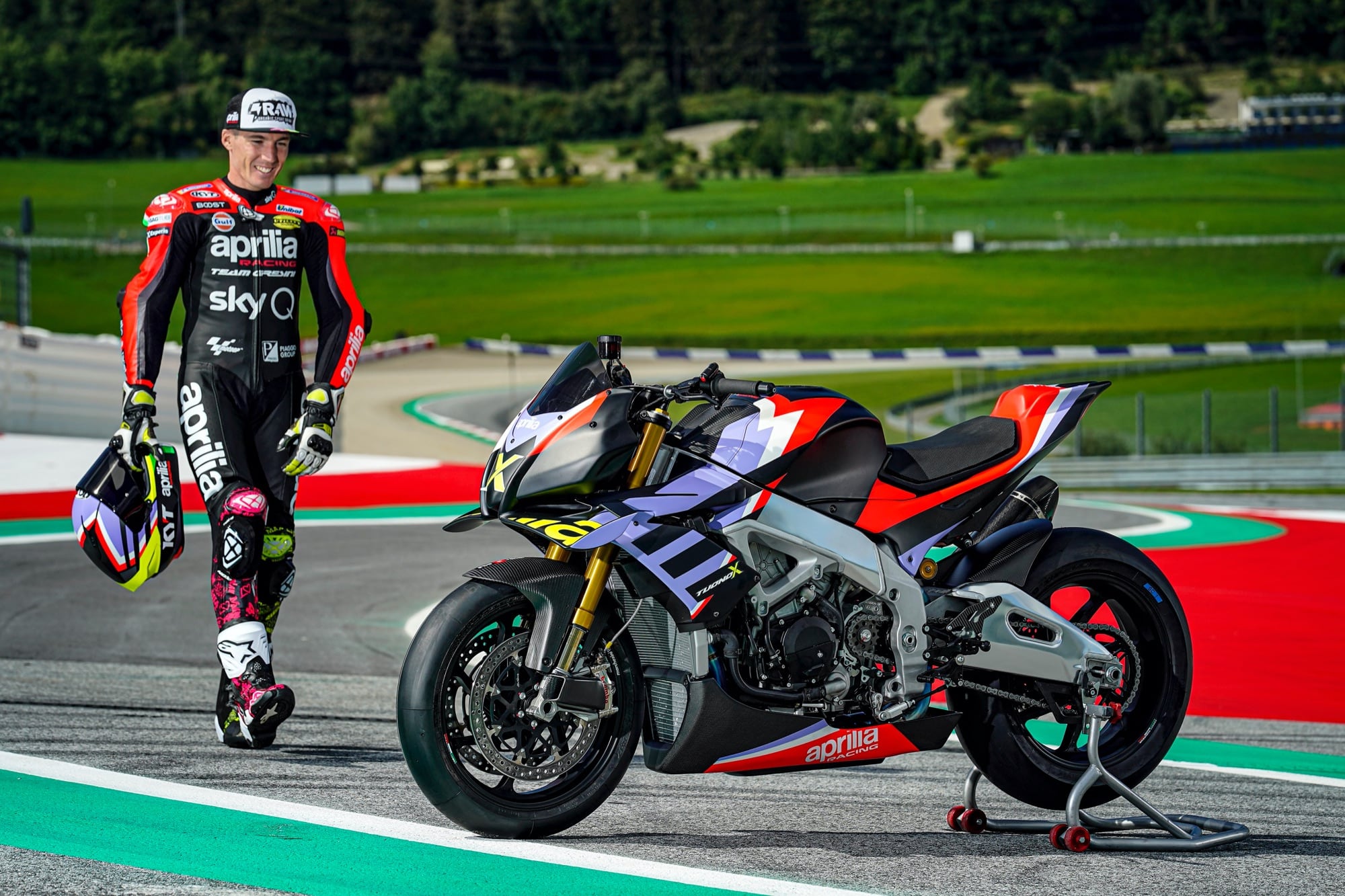 Noale (Italy), 4 September 2020 - Aprilia Tuono V4 X cleans up with enthusiasts, with the first run of ten unit, announced in late August, selling out in just a few hours and proving to be far from able to meet the demand of all the enthusiasts who dream of taking home the new gem from Noale. 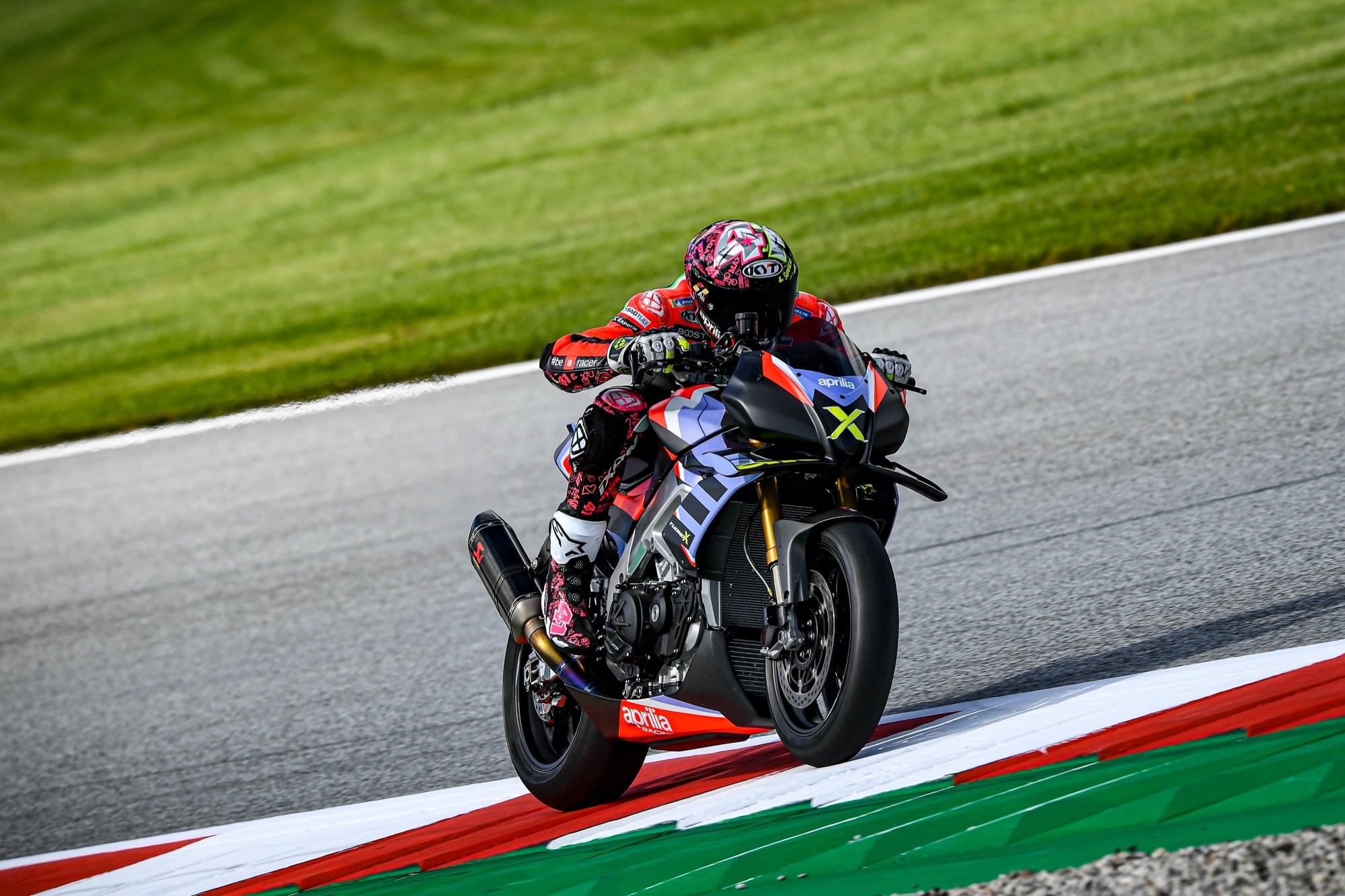 So, Aprilia Racing, the Factory that developed and built the units of the lightest and most powerful Hypernaked in the world, will begin production on another two runs of ten units each in order to at least partially meet the demand of purchase requests from all over the world. This means that a total of 30 units of this Limited Edition will be made. Given the peculiarity of Tuono V4 X, which is approved only for track use, this is an extraordinary result that clearly demonstrates how much faith the most experienced and advanced riders have in the Italian brand. 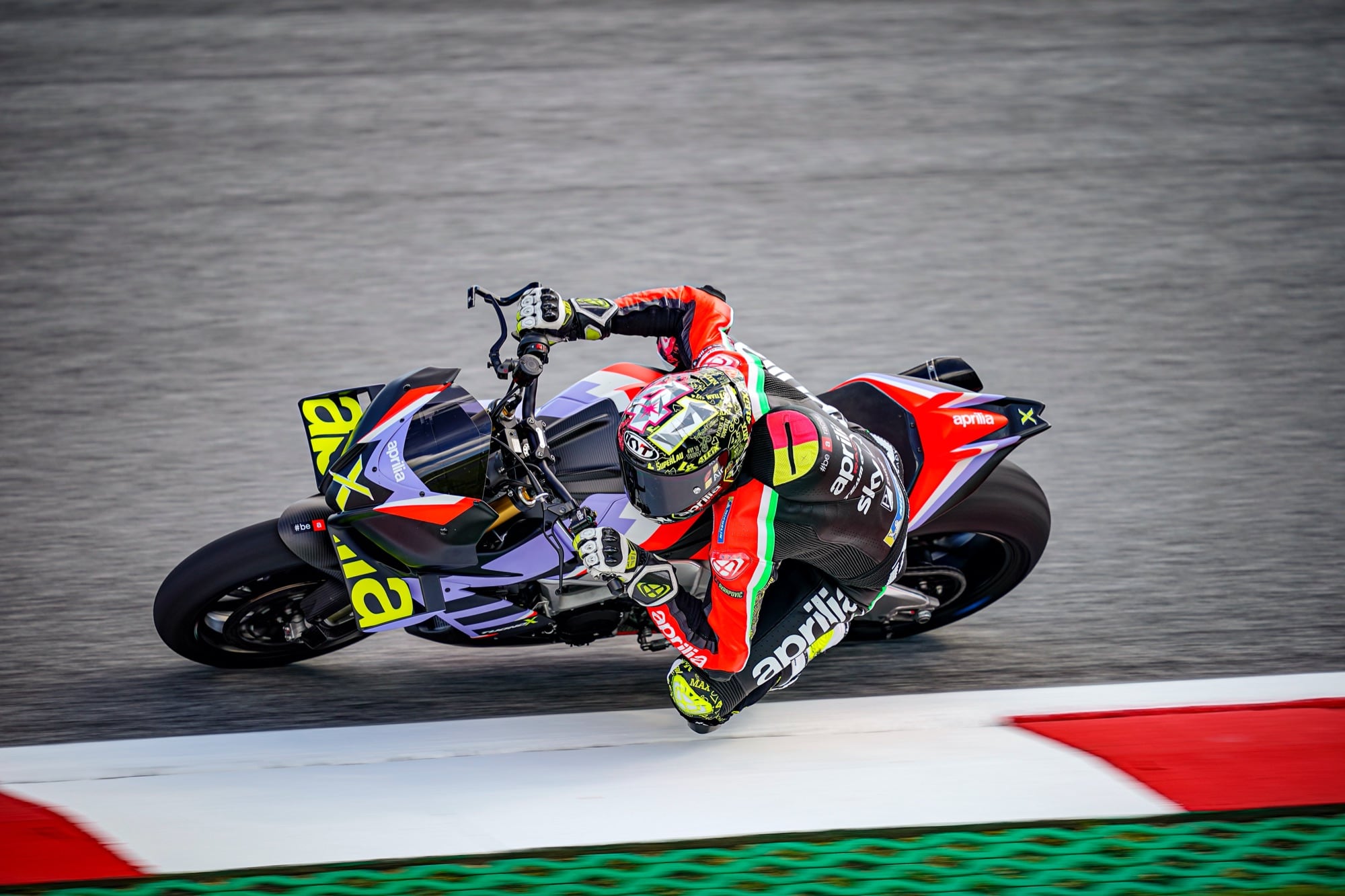 With 221 HP at the shaft and a weight reduced to just 166 Kg thanks to racing technologies and the widespread use of carbon, Tuono V4 X is a true high-handlebar racing bike - a motorcycle with no equal anywhere in the world, capable of providing a riding experience and thrills that are truly exclusive. Tuono V4 X is developed and assembled in Noale by Aprilia Racing, the Factory with 54 world championship titles, seven of which in the World SBK championship, precisely with the narrow V4 which, in its most advanced version, equips the Tuono V4 X. 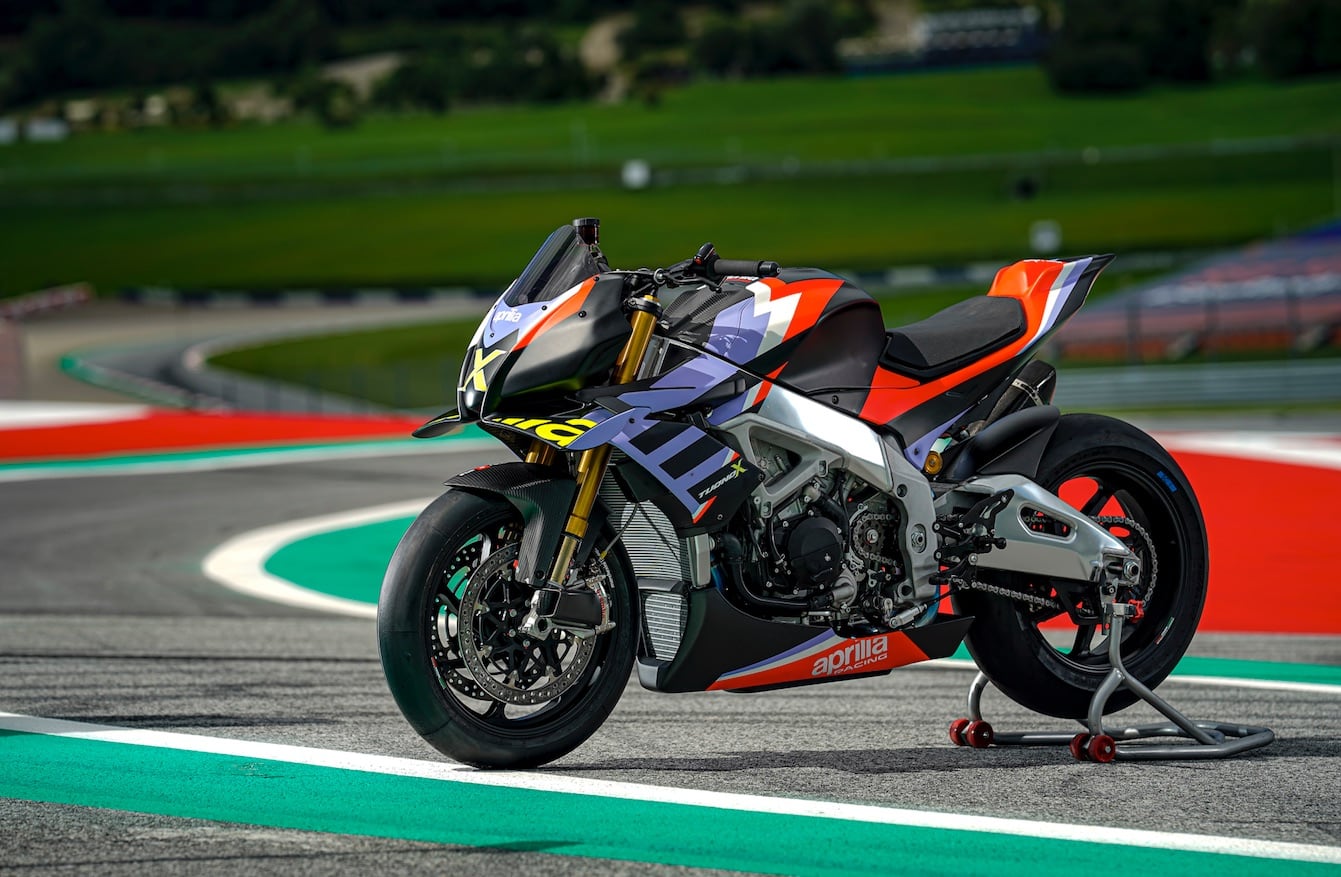 The experience of the Racing Department from Noale contributed to the development of the Aprilia Tuono V4 X: for the first time on a bike of this type, the generous front aerodynamic appendage in carbon has been introduced, clearly derived from the one fitted on the Aprilia RS-GP used in MotoGP to increase stability at high speed and in the critical phases of braking and acceleration. 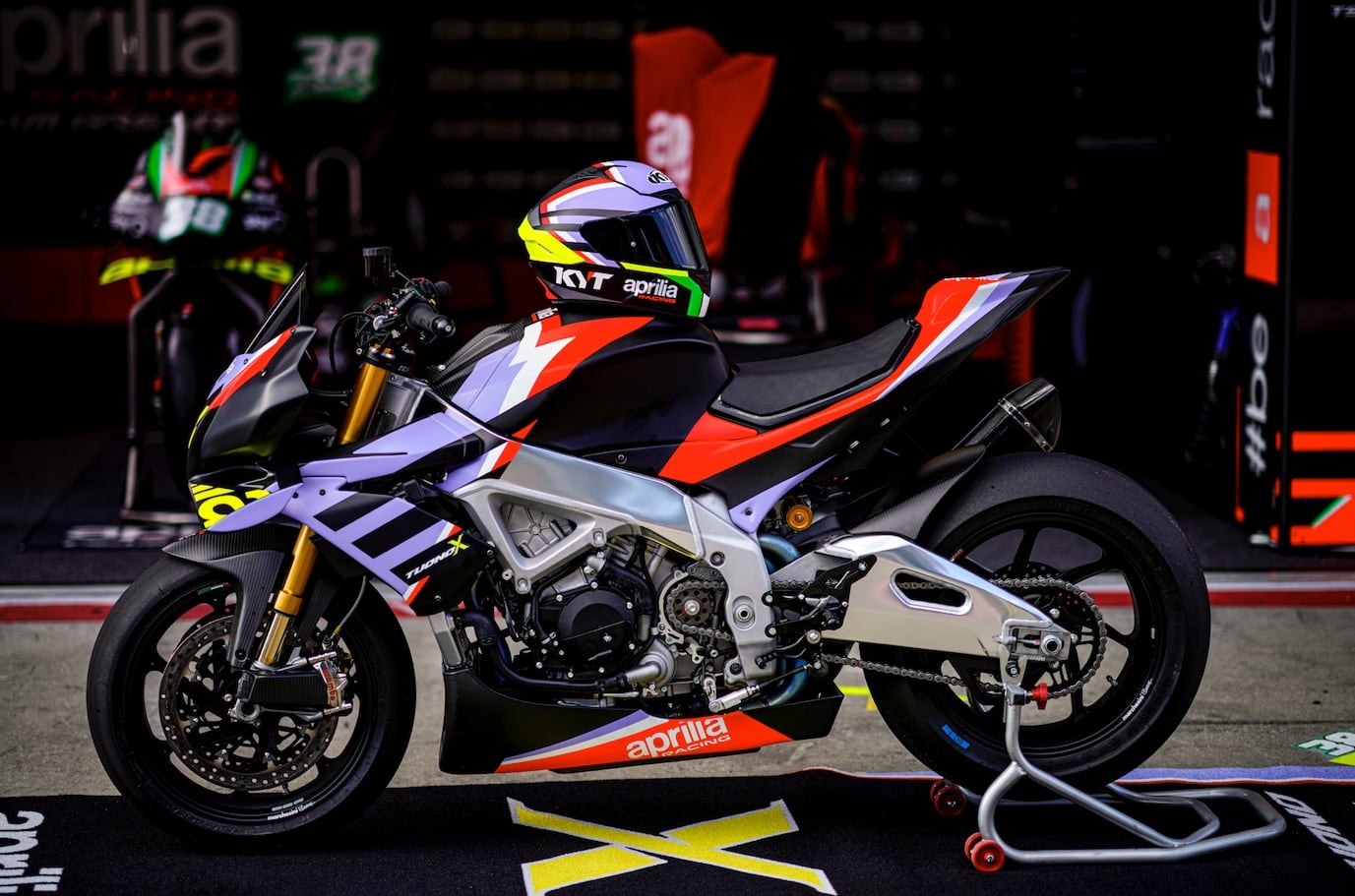 The engine is derived from the unit that successfully equips the RSV4 1100 Factory, taken to an extraordinary power of 221 HP. The Akrapovic exhaust system features titanium manifold and a carbon end cap, while the air filter is a Sprint Filter element - the same unit used by Aprilia Racing in MotoGP. 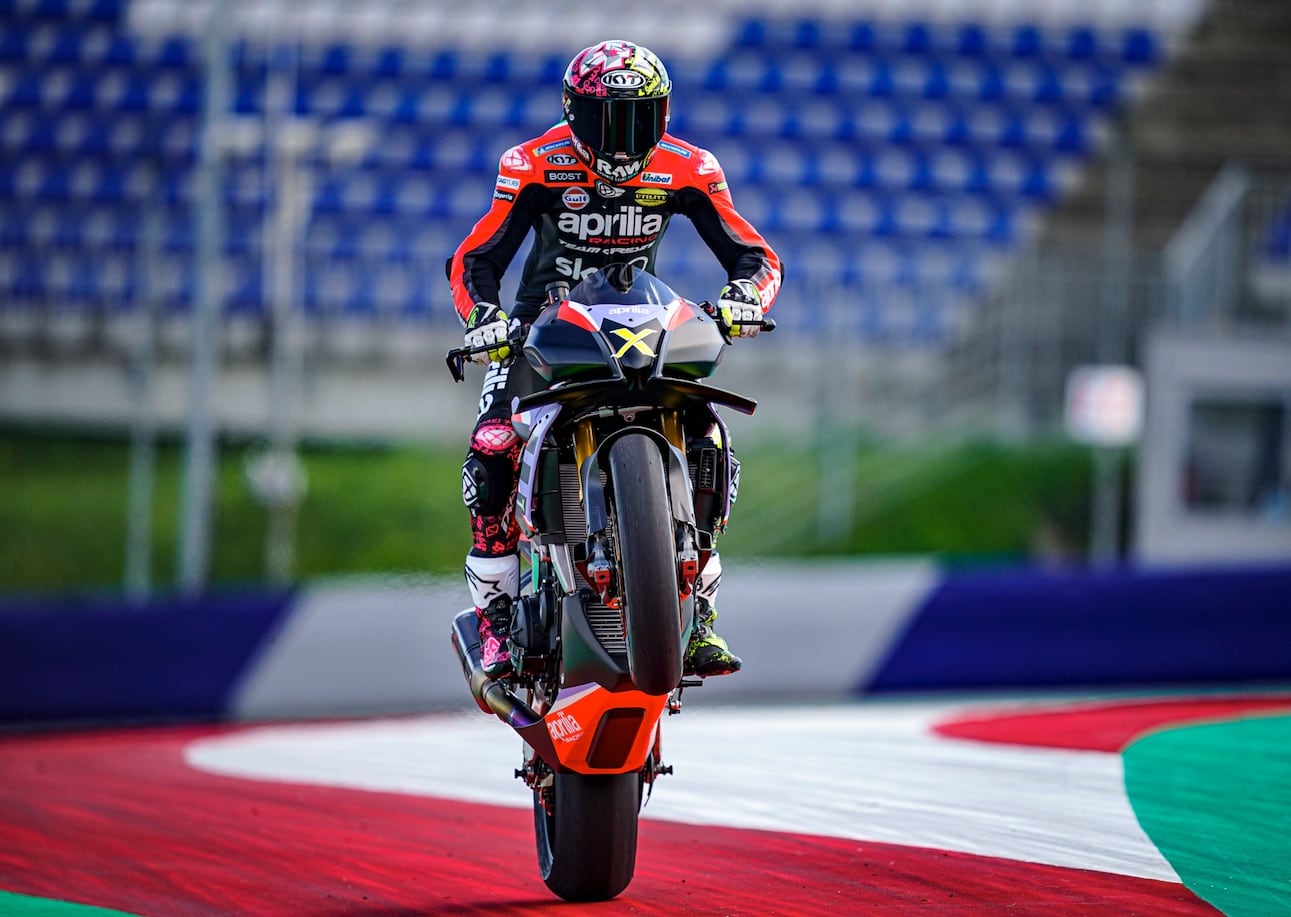 Electronic fine-tuning is guaranteed by the ECU which has been revamped in terms of logic and functions, featuring engine control and vehicle dynamics maps developed by Aprilia Racing. Even the paintwork of the special dedicated “Bol d’Or” graphic - inspired by the Aprilia RSV 1000 R Factory which participated in the legendary endurance race in 2006 - contributes to the exclusivity of the bike as it is done by Zanasi, a specialized body shop from Maranello. 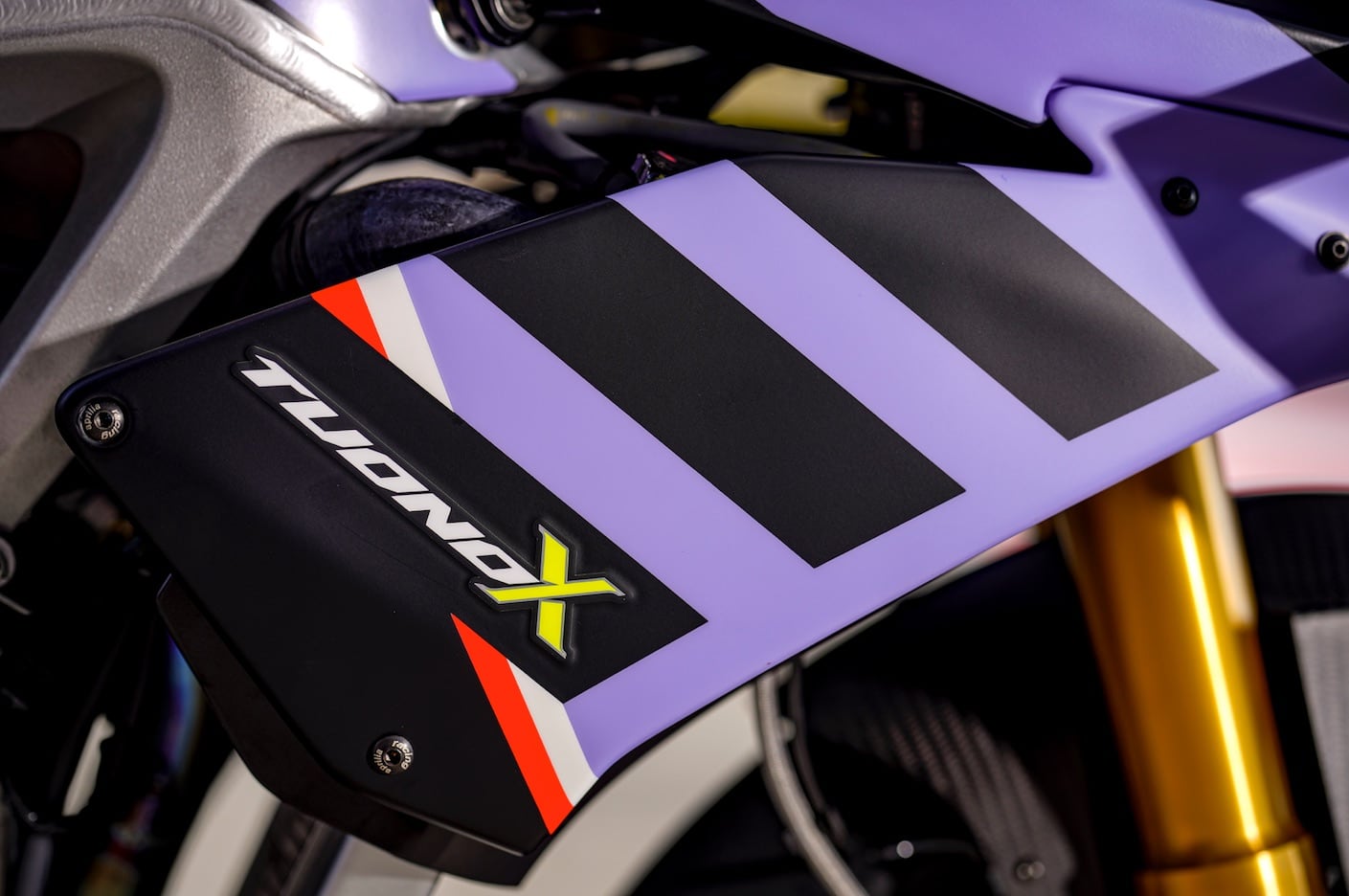 Aprilia Tuono V4 X, available at a price of €34,900, can already be reserved exclusively online from the Aprilia website and customers will have the option of collecting their purchase from Aprilia Racing, with an exclusive tour of the Noale racing department when they do. 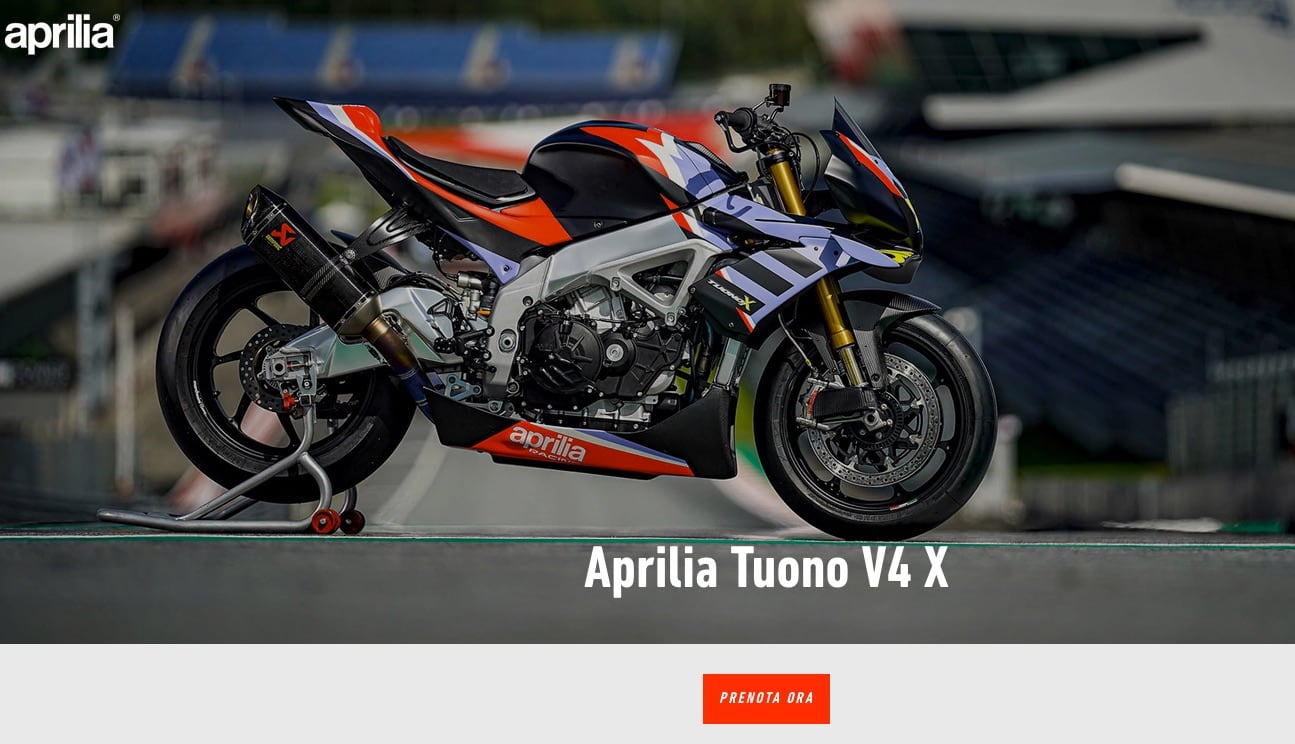 READ ALSO THE PREVIOUS ARTICLE AND SEE THE PHOTOGALLERY:
wide.piaggiogroup.com/en/articles/products/aprilia-tuono-v4-x-a-new-gem-from-aprilia-racing 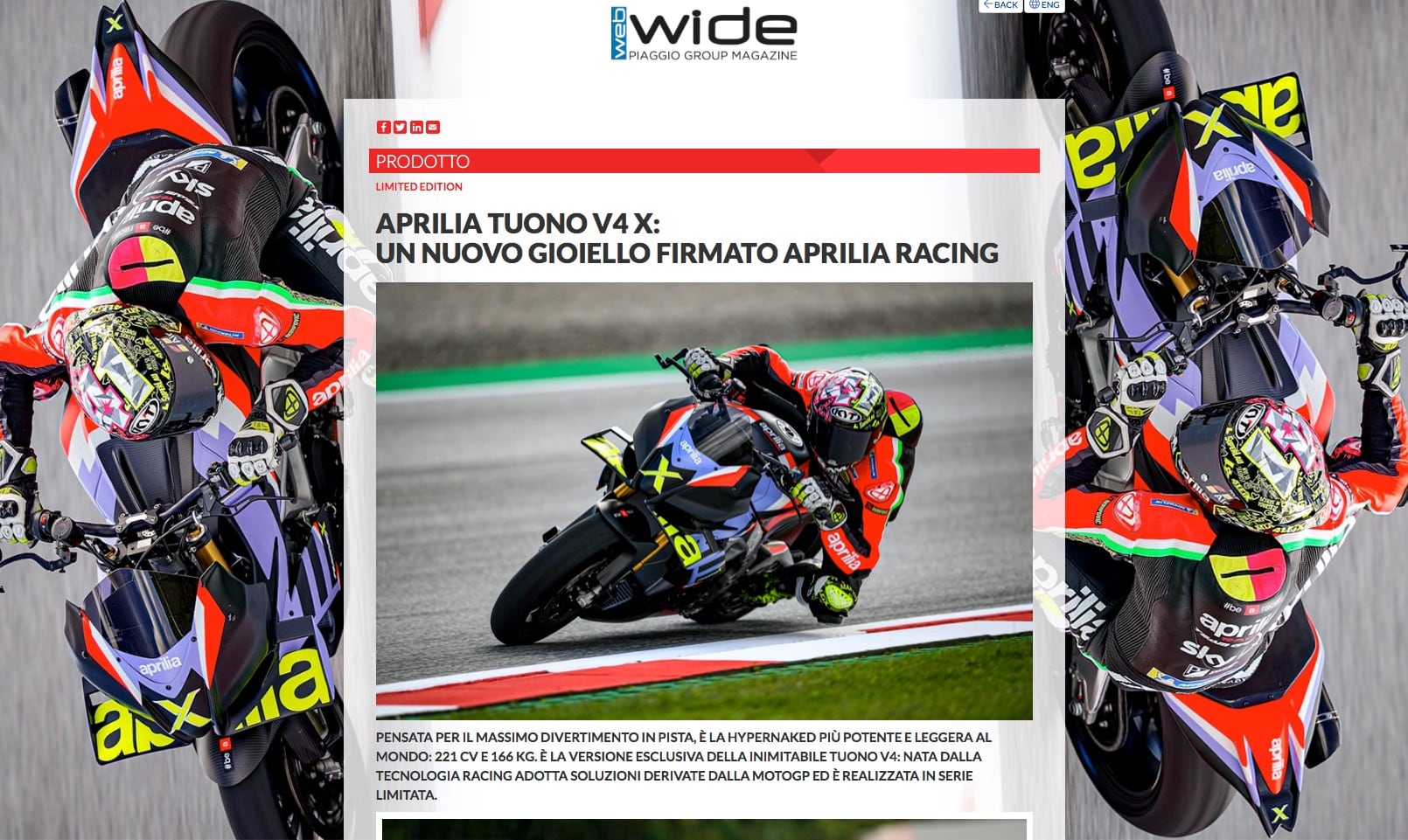