MOTO GUZZI IN THE SERVICE OF THE PRESIDENCY OF THE ITALIAN REPUBLIC FOR OVER 75 YEARS AND, ALONG WITH THE CALIFORNIA TOURING BIKES, ARE THE NEW V85TT GUARDIA D’ONORE UNITS

3 February 2022 – The collaboration that has lasted for over 75 year between Moto Guzzi and the Presidency of the Italian Republic is a historic one. Honouring it is the Moto Guzzi V85 TT Guardia d’Onore, a special limited edition, with just 1946 units created, precisely to commemorate the year the Italian Republic was founded (2 June 1946).

It is a bond that has since united the manufacturer from Mandello with the presidential escort of the Cuirassiers’ Regiment, and which has seen Moto Guzzi bikes escort all 12 presidents of the Italian Republic, beginning with Enrico De Nicola, elected in 1947, all the way to Sergio Mattarella, elected in 2015 and re-elected for a second term in 2022.

Last year (May 2021), the new Moto Guzzi V85 TT model in Guardia d’Onore livery was presented to Sergio Mattarella at the Quirinale Palace on the occasion of the Eagle brand’s 100th anniversary (1921-2021).
Here is the article with videos and photos:
wide.piaggiogroup.com/en/articles/corporate/presented-to-the-italian-president-sergio-mattarella-the-new-moto-guzzi-v85-tt 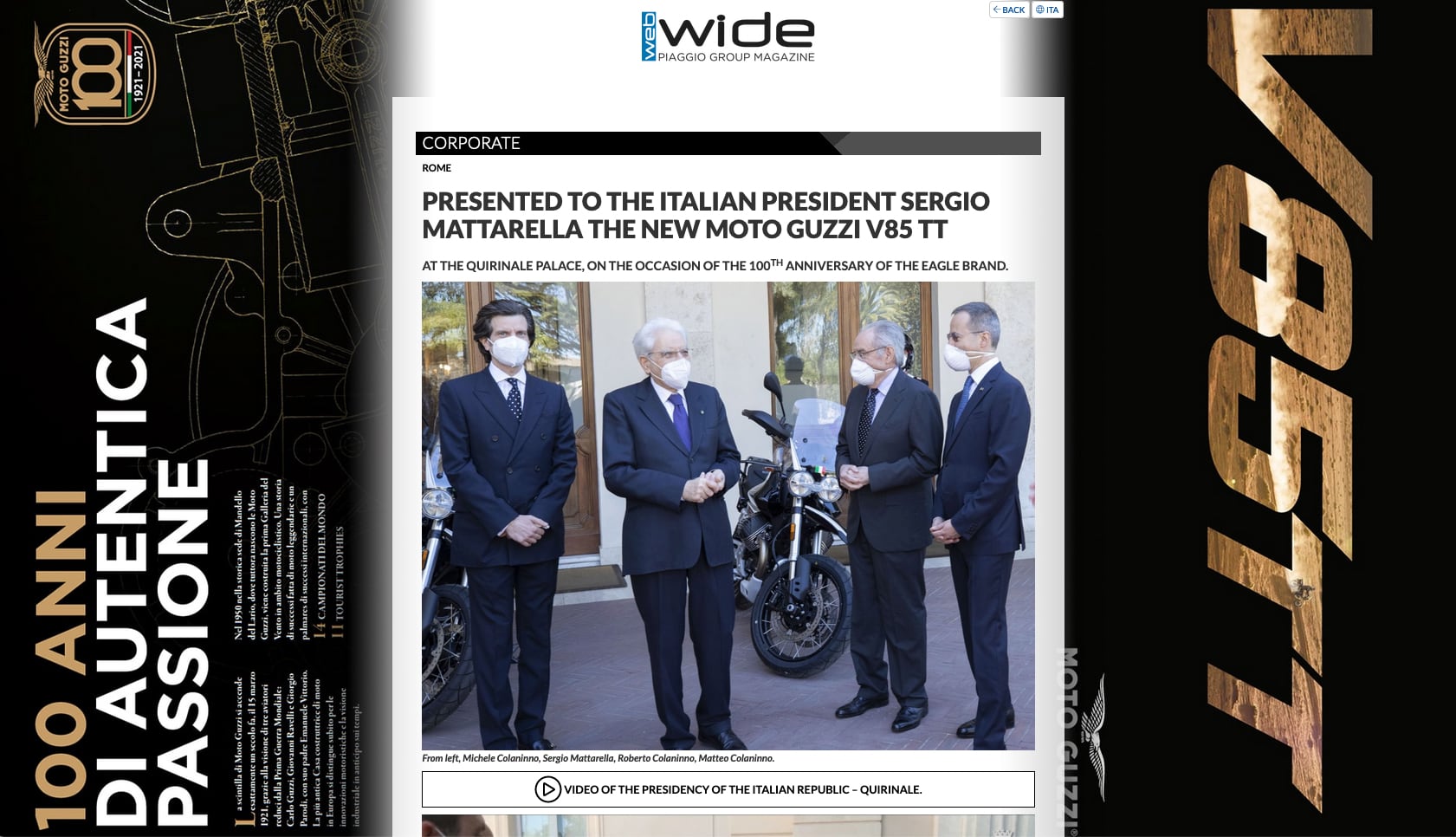 And again, five years earlier (May 2016) and also to President Mattarella, the Moto Guzzi California Touring 1400 units were presented, employed by the Cuirassiers’ Regiment, the President of the Republic’s Honour Guard and security corps that has since escorted the head of state and foreign heads of state visiting Italy.
Here is the article with videos and photos:
wide.piaggiogroup.com/archive/wide3_16/moto/index_en.html#/Event 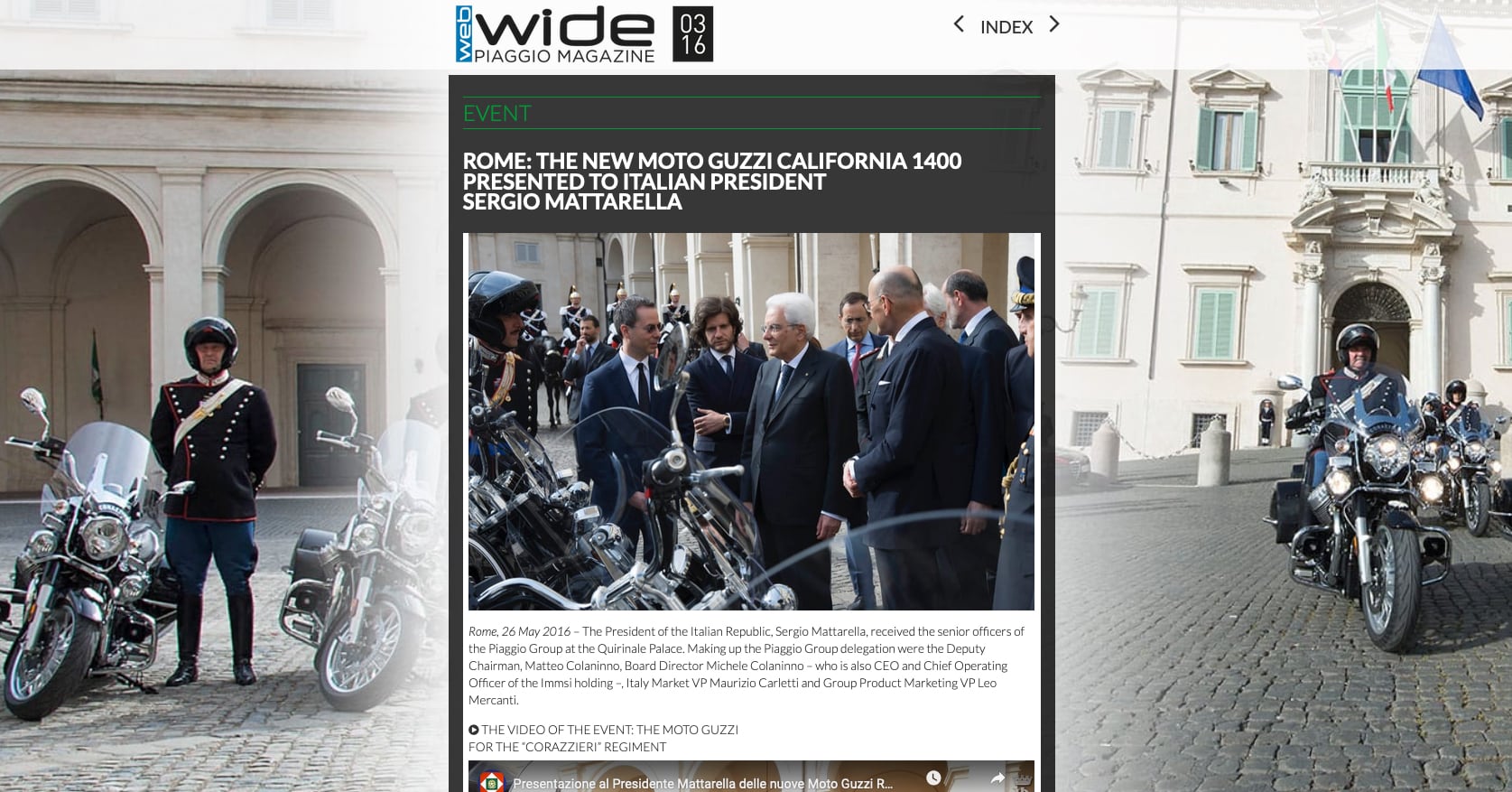 Over the decades, the various models of the extremely Italian bikes from Mandello provided to escort the President of the Republic also represent the historic evolution of the Eagle brand’s production. In the days of  De Nicola, the Honour Guard used Moto Guzzi Alce and later Superalce; Luigi Einaudi had Astore and then Falcone Sport by his side, bikes which remained in service until 1968 and also escorted Segni and Saragat.

In the seventies, the V7 Sport was protagonist, accompanying Leone and Pertini, later followed by the V1000 I-Convert. In the following decades, the Moto Guzzi California dominated, from the II to the Touring, in service at the Quirinale Palace for Cossiga, Ciampi, Scalfaro, Napolitano and Mattarella who, during his first presidential term, saw the two new V85 TT Guardia D'Onore bikes come alongside the California 1400 units. 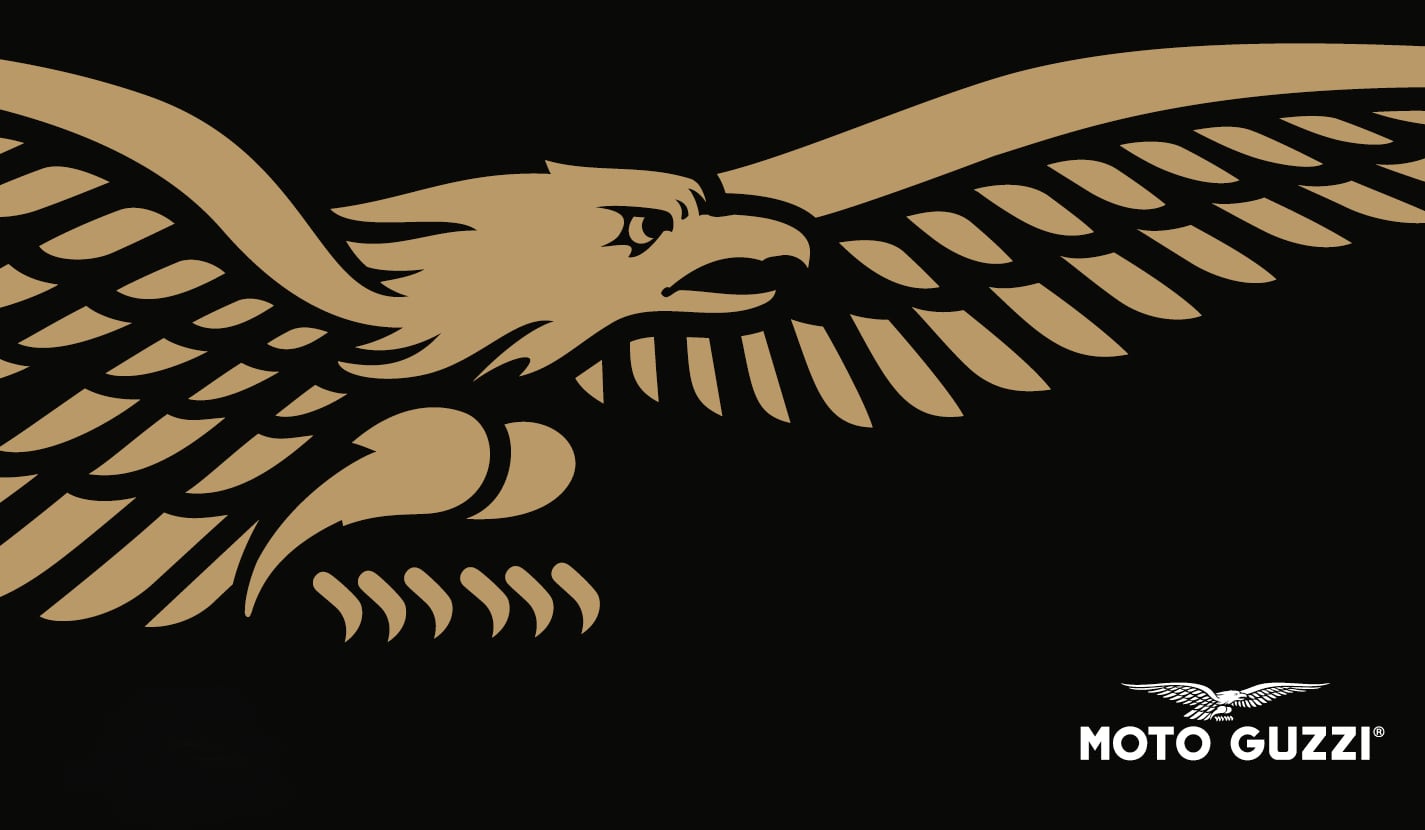