WITH A GOOD SEVENTH PLACE, MAVERICK IMPROVES AND BRINGS HOME VALUABLE POINTS FOR THE TEAM. CONFIRMATION ARRIVES FROM BARCELONA AS WELL FOR APRILIA RACING, PROTAGONIST IN THE MOTOGP CHAMPIONSHIP.

05 June 2022 - Espargaró was a protagonist for good or for bad in the GP of Catalunya. On his home track, Aleix confirmed the speed which resulted in him setting a new all-time track record this weekend and starting from pole position for the second time this season.

Second coming out of the first turn, Aleix lost contact with lead rider Quartararo out of fear that the tyre would wear too quickly, but in the finale he managed to overtake Martin in the battle for second. He was still in that position at the start of the final lap but, convinced that the race was over, he released the throttle. When he realized his serious mistake, he resumed his race, even managing to make up a position on Marini, and finished fifth.

Compared to a more than probable second place, the loss of points behind the leader in the overall standings translates into nine but, paradoxically, Aleix tightened his grip on second place (the third-place rider is now 52 points behind him) and is now more than ever confident that he can be in it all the way to the end of the race. With the support of a team which, united and without hesitation, stands by its Captain.

Maverick Viñales finally managed to take advantage of a respectable starting position, starting from the third row and finishing with a good seventh place. The placement was also favoured by a few crashes and a convincing performance on a path of growth which is now clear to see in the familiarity Viñales demonstrates with his RS-GP. Thanks in part to Maverick’s 9 points, Aprilia Racing – in their first year as a factory team – confirmed their first place position in the team championship standings. 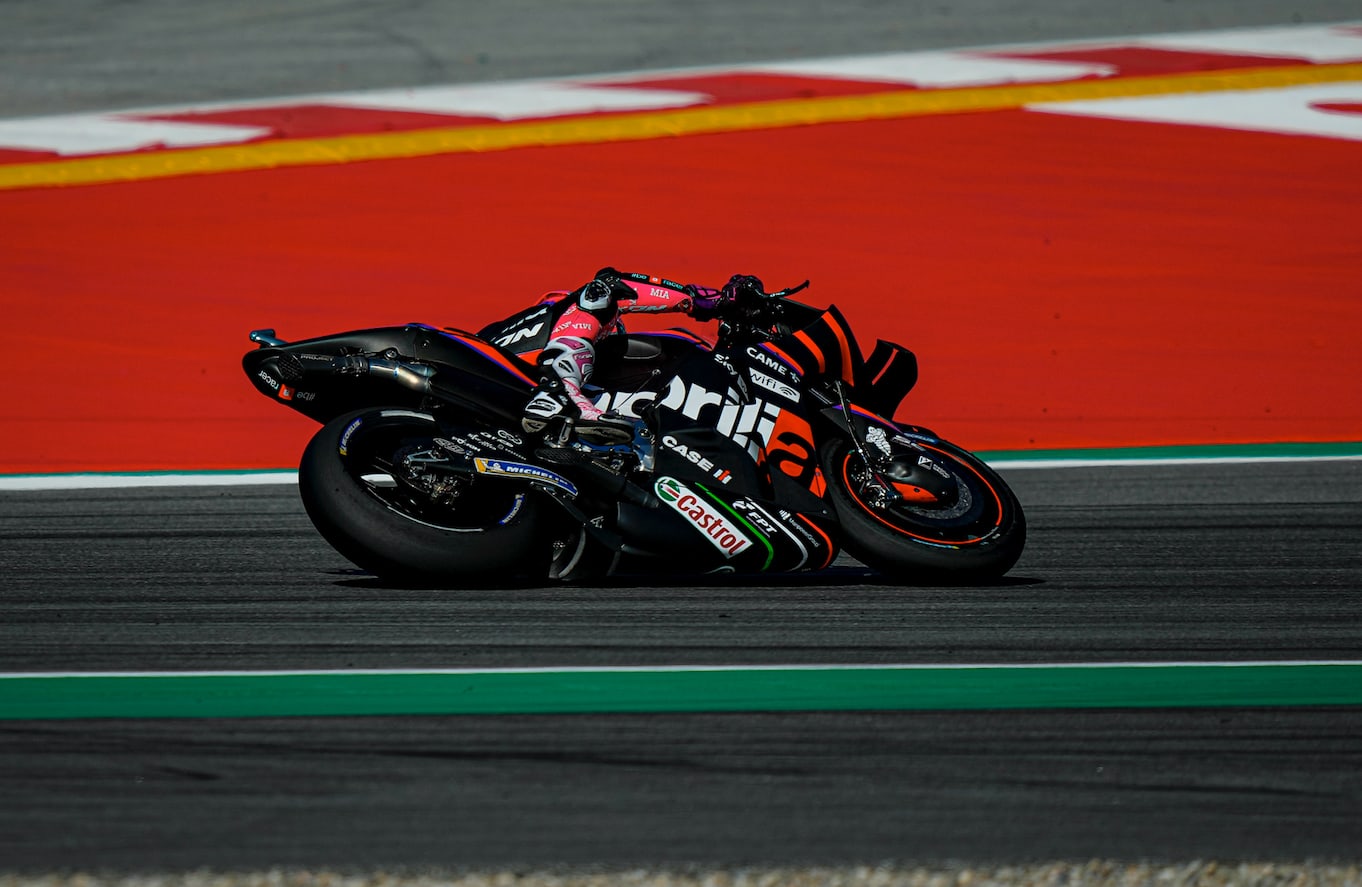 Aleix Espargaró (bike no. 41): “There isn’t much to say except to apologise to the team. It was my mistake, after a practically perfect weekend here in Barcelona. I misunderstood. Our garage is very close to where you come out of the last turn and, being completely focused, I only looked at how far Martin was behind me on my pit board, whereas the track tower showed 'L0' and that made me think that it was the final lap. 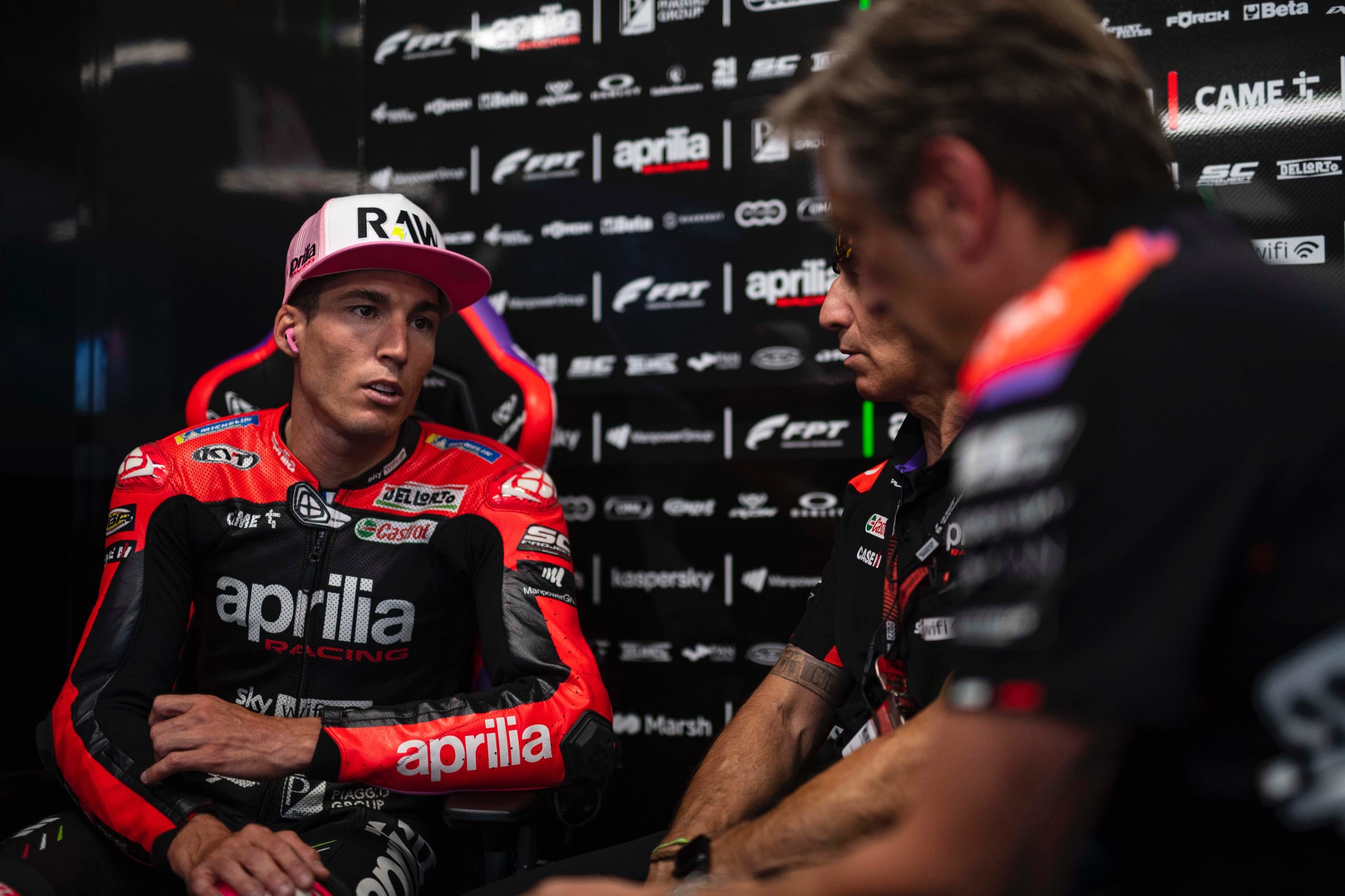 At the beginning of the race I might have been able to push harder, but I was concerned about tyre wear and then, of course, making up the gap behind Fabio is never a simple task. But if I want to beat him in the World Championship, I cannot afford to make mistakes like this.”

Maverick Viñales (bike no. 12): “This weekend we did a good job overall. We clearly still need to improve but I feel like we’re getting there.

Starting with the soft rear tyre was a gamble but we analysed the choice during all the sessions and in the end, even if it didn’t pay off the way we expected it to, it was still the best option for us. Tomorrow will be an important day of testing. We’ll keep experimenting and trying to find the right feeling.” 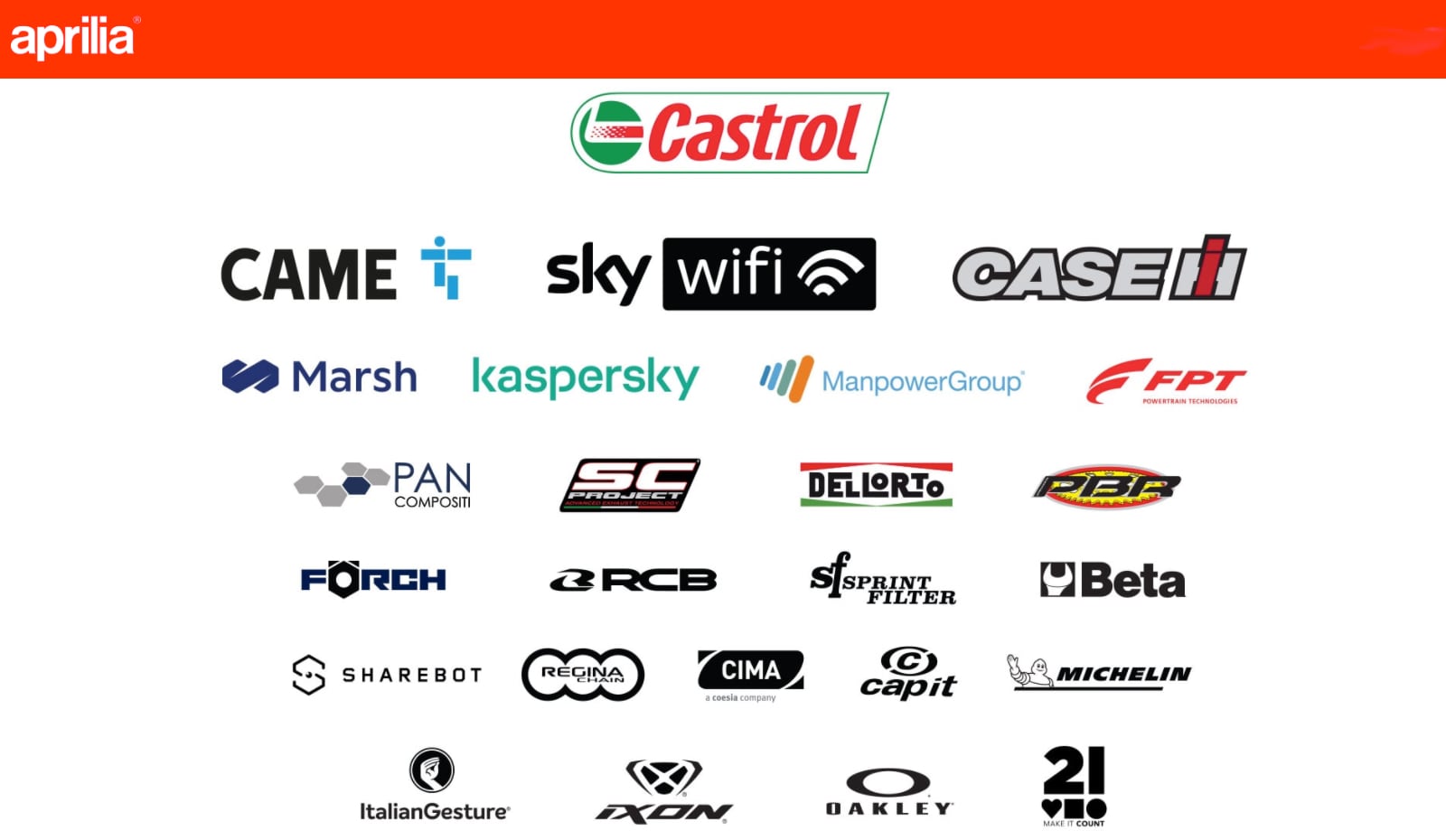