THREE RS 660 ON THE PODIUM IN MOTOAMERICA, DE KEYREL STRENGTHENS THE LEADERSHIP IN THE TWINS CUP. NEXT RACE: 1ST AUGUST IN MINNESOTA. 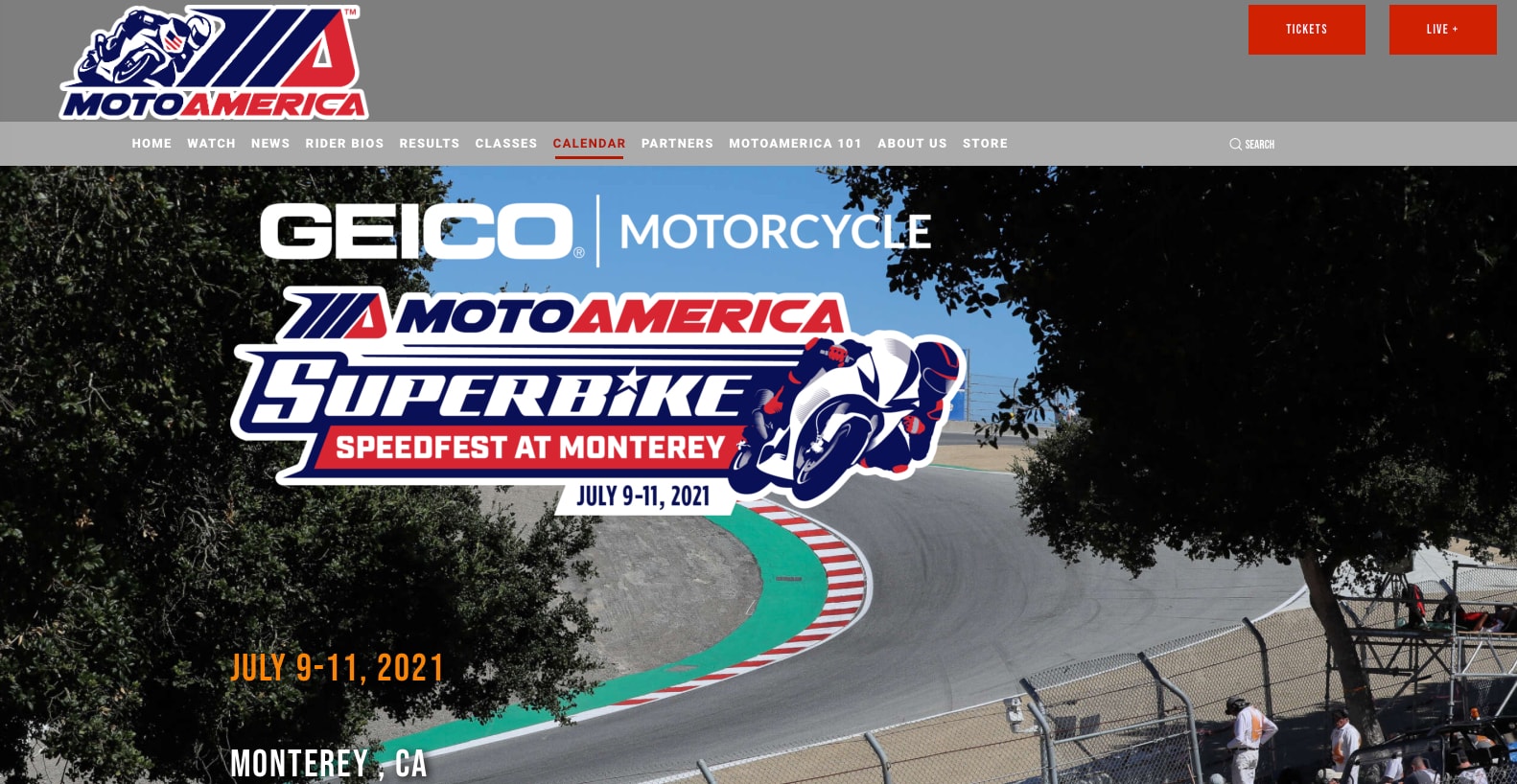 Laguna Seca (Monterey, California), 11 July 2021 - The famous American circuit of Laguna Seca hosted the Twins Cup of MotoAmerica last weekend. And it was a race to remember for Aprilia, which took three steps on the podium with three RS 660s.
Championship leader Kaleb De Keyrel, bike no. 51 (Robem Engineering team) got off to a good start from fifth place on the grid, gained during a very tight qualifying session. He quickly grabbed the first position, maintained the lead until the checkered flag and, at the halfway mark of the championship, strengthens his leadership in the category. 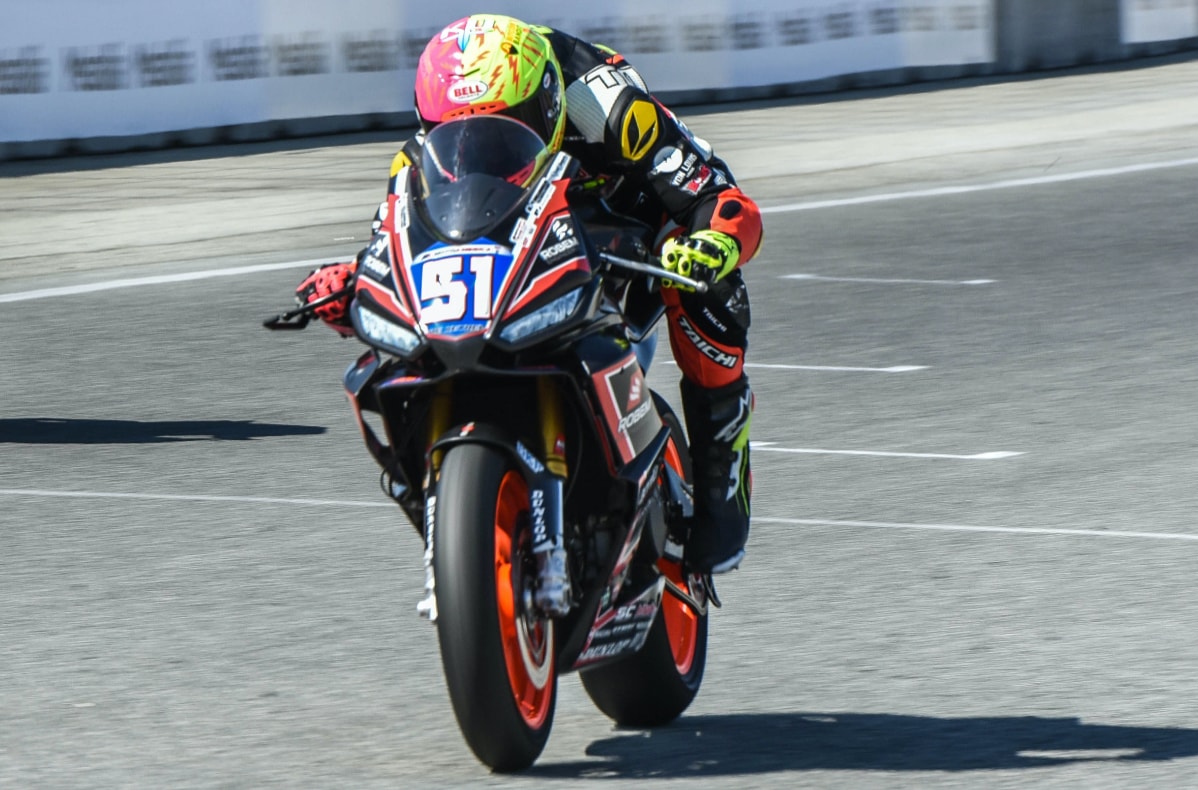 “We were trying to get comfortable most of the weekend, making progress each step, and when the race arrived, we had a good setup,” explains Kaleb De Keyrel, “I was able to make a few passes early on and get out front, and get into the lap times we needed to be keep a lead. When I can get out front, I like that best, as it allows me to set the pace, and focus. I felt comfortable, precise, and had a great ride on my RS 660.” 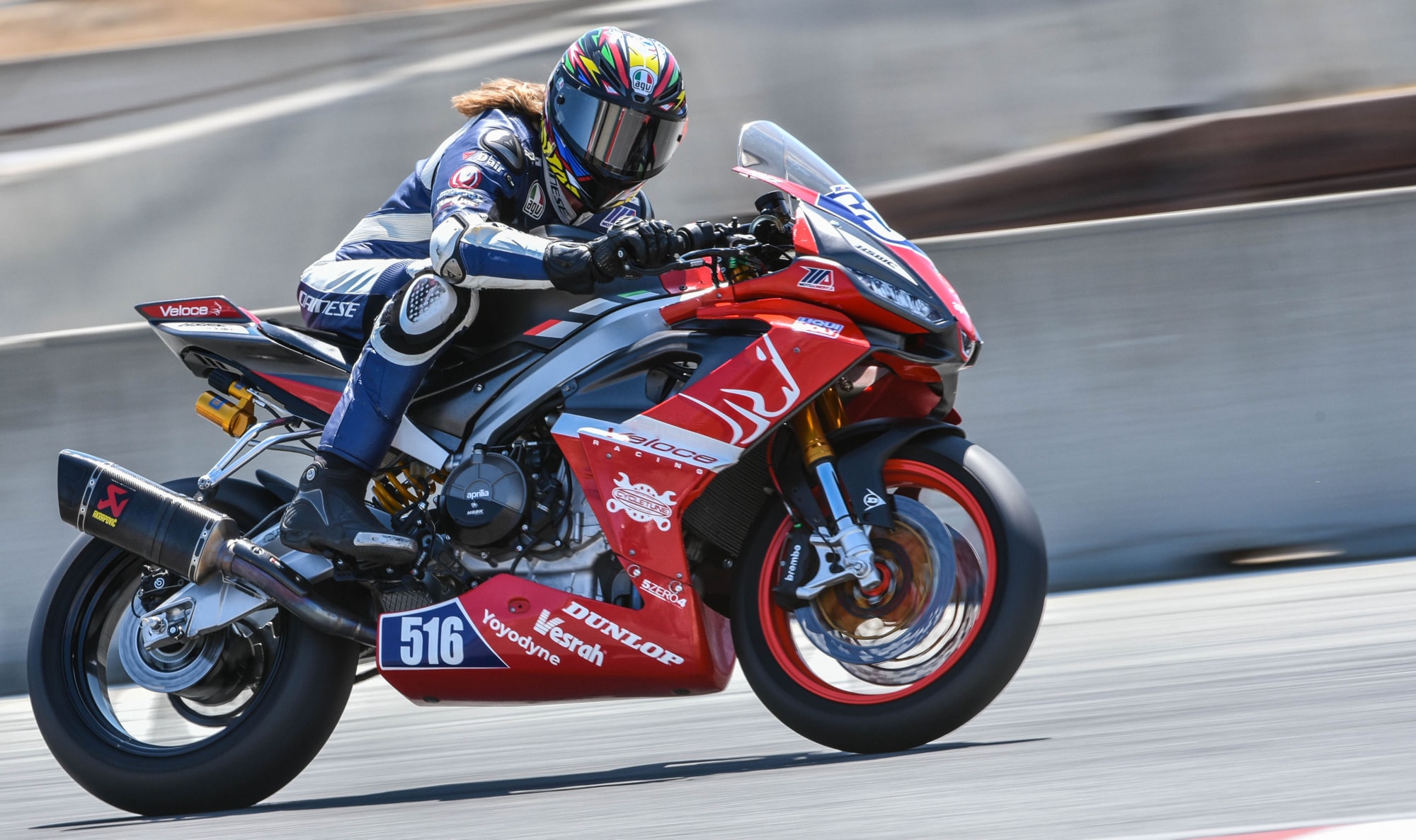 After his debut in the Veloce Racing Team last race, with little experience riding the RS 660, Anthony Mazziotto confirmed in California what he had already shown in Washington. After having just missed the pole position by 13 thousandths, he was 27 thousandths behind De Keyrel for a well-deserved second place.
“Team Veloce put a really great bike underneath me, and I want to thank Spiros Gabrilis and the crew for the opportunity, we’re making it work,” said Anthony Mazziotto, “Kaleb had me working here, and I just couldn’t get around him today. The Aprilia surprised me, because at The Ridge, Jackson [Blackmon] was very fast on his FZ, and also being a technical track, I expected to see the same thing climbing up the hill, but the Aprilia definitely dominated here at Laguna Seca.”

Jody Barry arrived at Laguna Seca determined, showing speed right from practice and taking the Superpole. Despite the fastest lap of the weekend, he had to settle for the third step of the podium after 13 laps, 1.071 seconds behind the winner.
“Pace of the race was very fast, set by De Keyrel. The bike has been great, we had grip throughout the race, and were stable the whole time, it’s been amazing,” said Jody Barry of Righteous Racing team, “Toward the end, I was pushing and closing the gap, but unfortunately, we hit some traffic, and just couldn’t get it to work, but we’re happy with the result and can’t complain.” 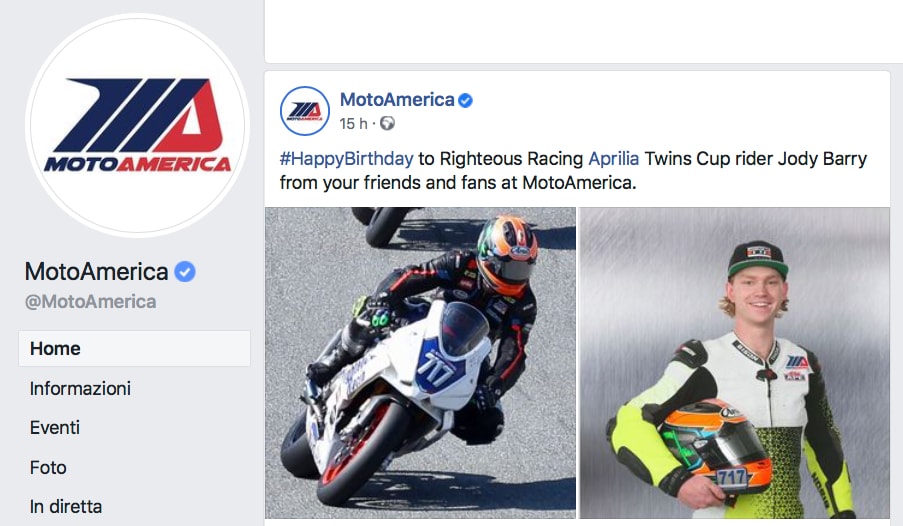 Happy birthday… on the track for Jody Barry. Source of the image: facebook.com/MotoAmerica

After five rounds of the MotoAmerica Twins Cup championship, riders continue to arrive to the grid aboard Aprilia RS 660 machines, proving the ability of the motorcycles to compete in America’s premiere championship as frontrunners. MotoAmerica heads to Brainerd International Raceway, in Minnesota for Round 6, of the 9-round championship, July 30 – August 1. 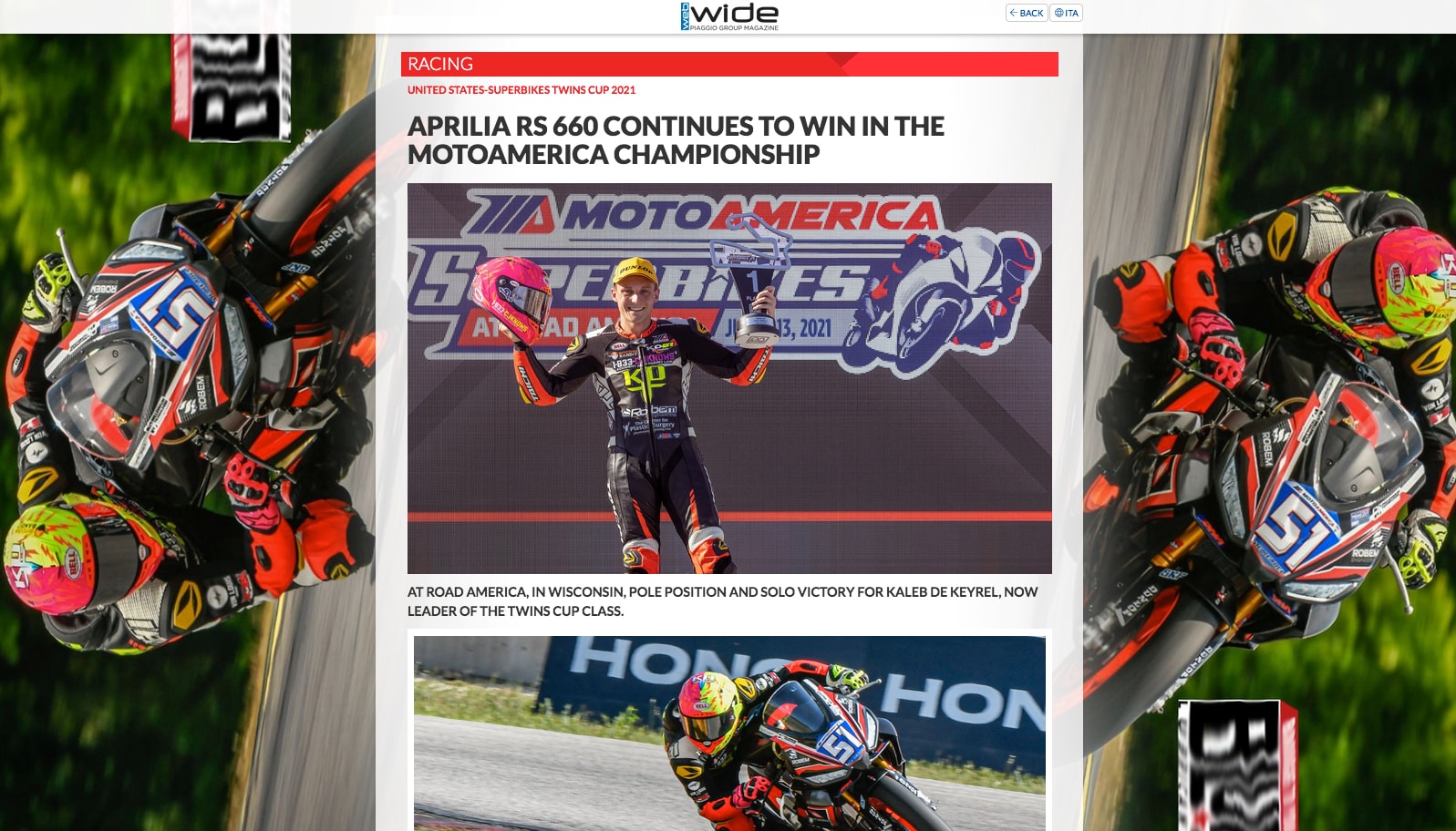