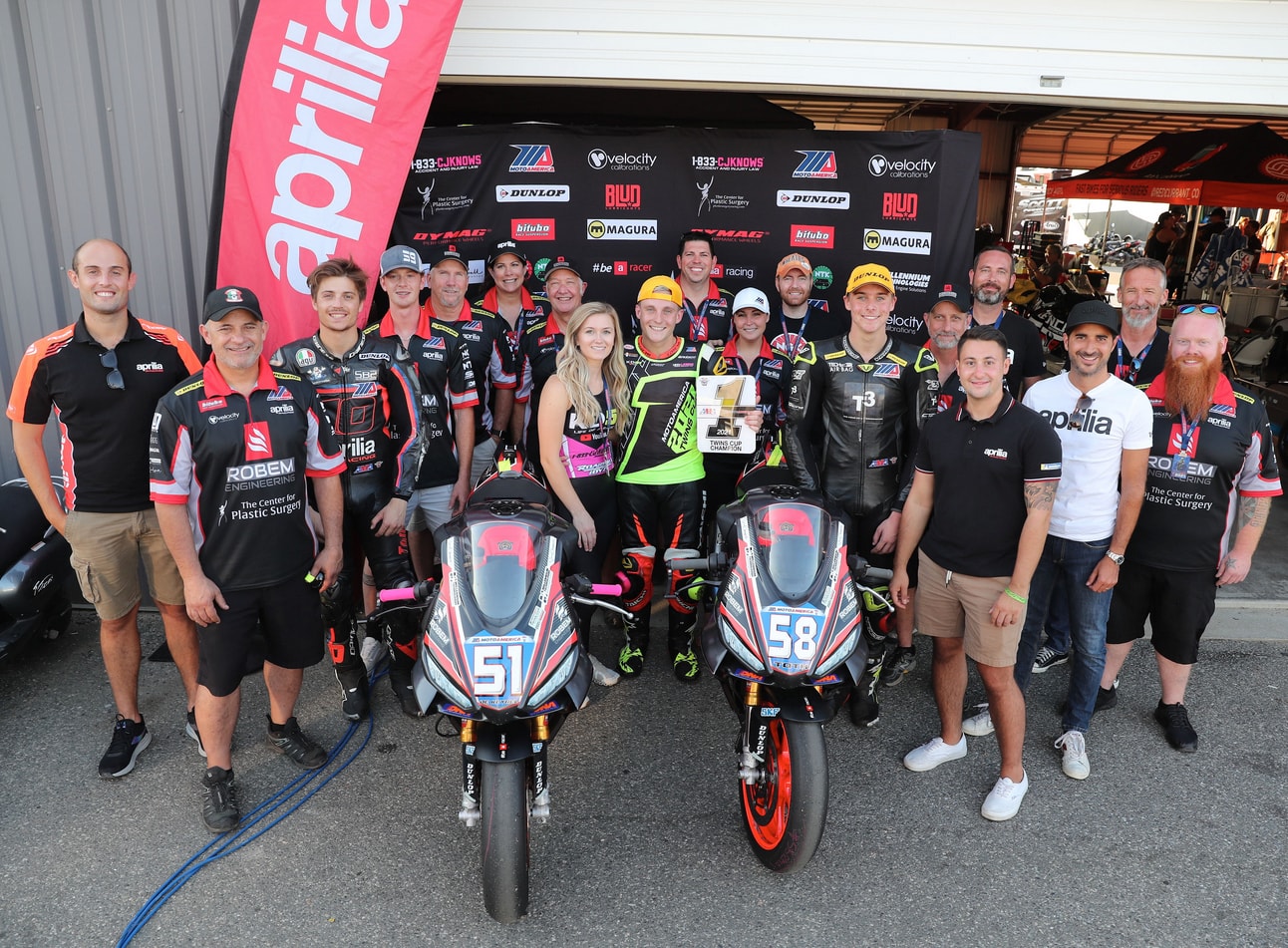 KALEB DE KEYREL IS 2021 CHAMPION THANKS TO HIS SECOND PLACE IN NEW JERSEY. TOMMASO MARCON WINS ON HIS DÉBUT WITH APRILIA. 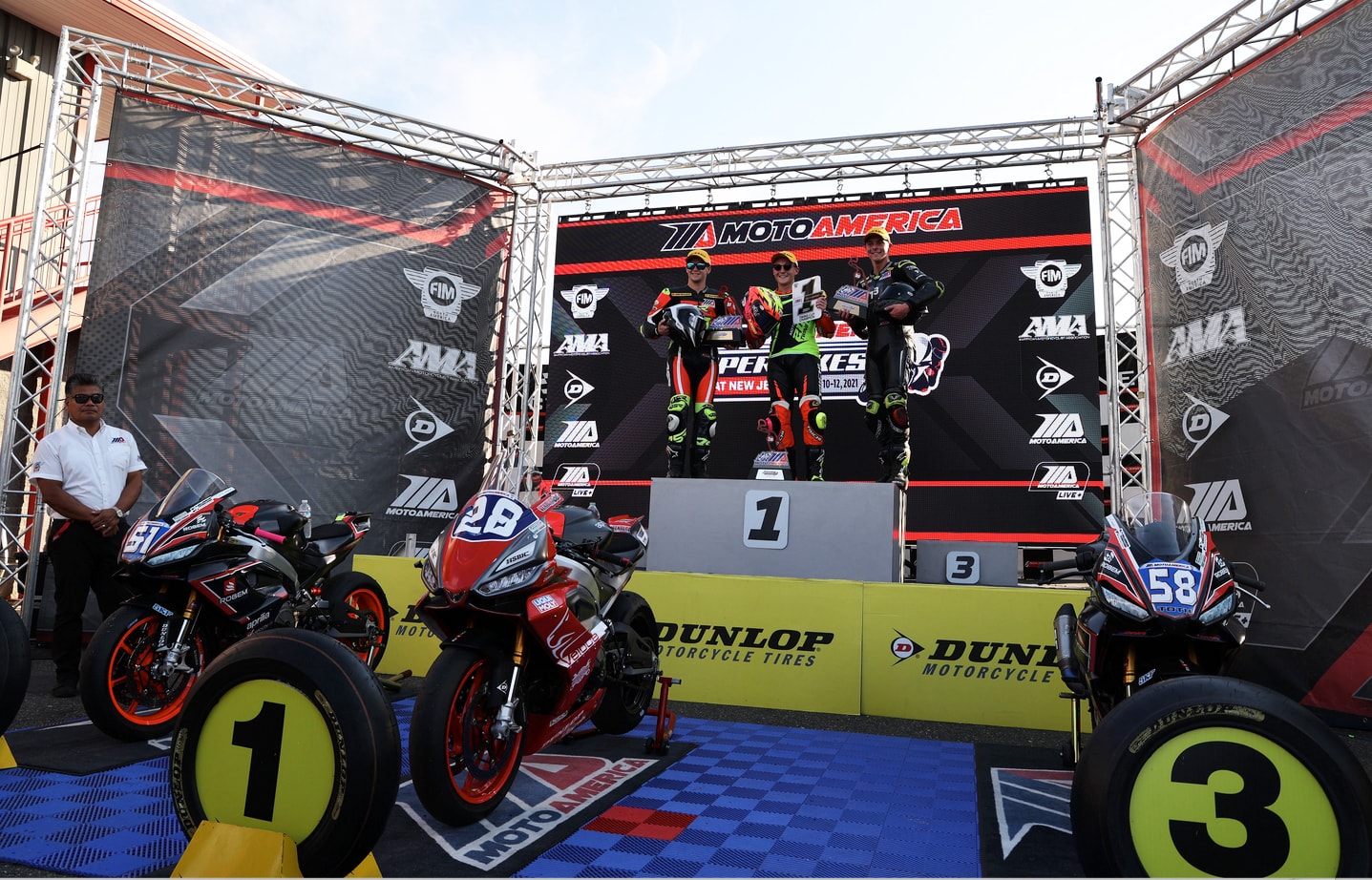 13 September 2021 (New Jersey Motorsports Park, USA) - It’s fair to refer to Aprilia’s adventure in the MotoAmerica Twins Cup class as domination. In fact, in its début year, the RS 660 literally changed the face of the category, turning up in the paddock with almost no preparation, but immediately taking on a highly prominent role. 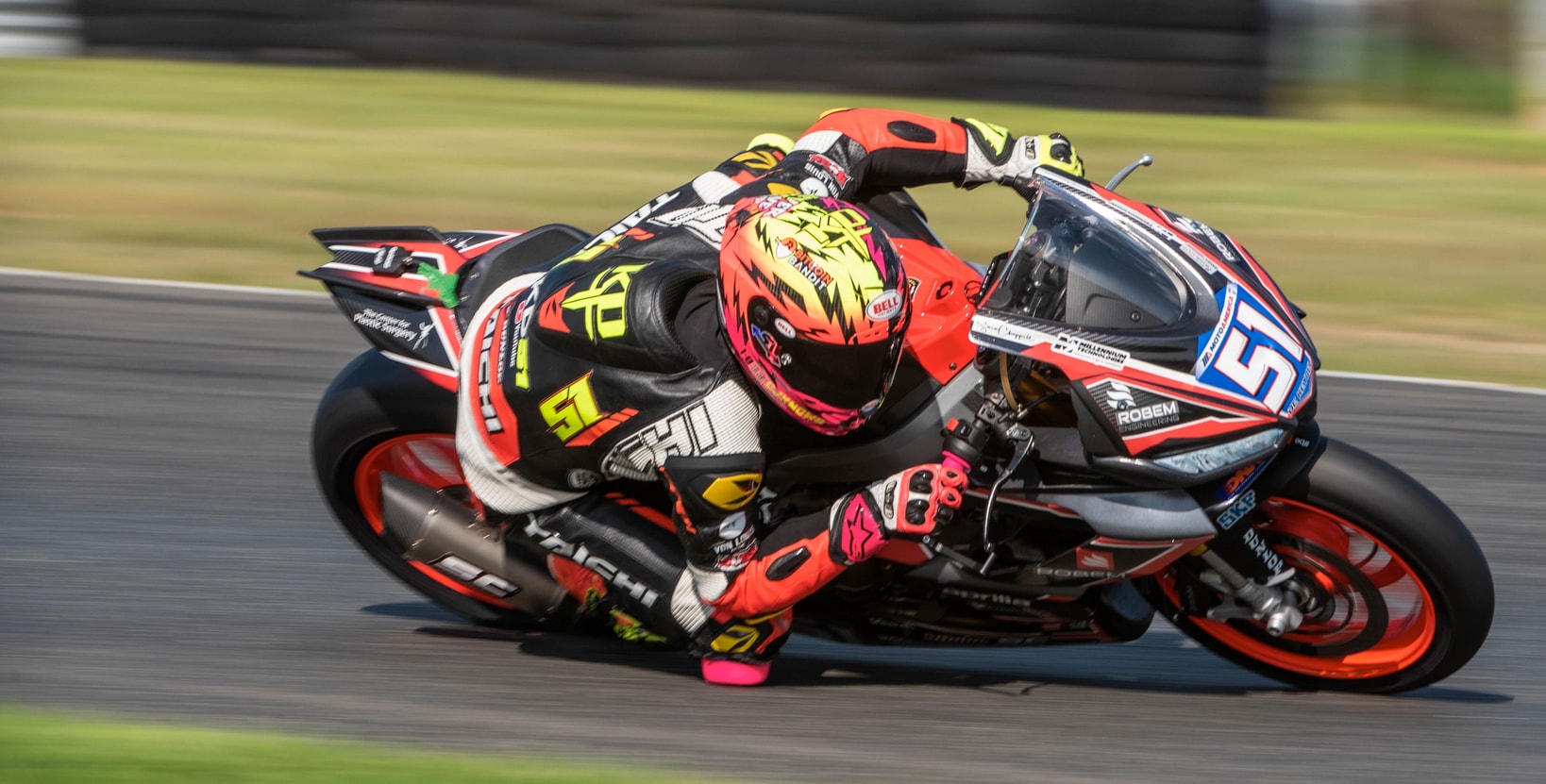 It is no coincidence that the title was clinched with a Race 1 podium in New Jersey that was monopolized by the Italian twin-cylinder and where second place finisher Kaleb De Keyrel (bike no. 51, Robem Engineering) earned the points he needed to be crowned the 2021 Champion. This is a triumph that will take him to Italy for a wild-card spot in the last round of the Aprilia RS 660 Trophy in Vallelunga.

Credit goes to De Keyrel and Team Robem Engineering, who skillfully exploited the technical potential of the RS 660, which proved to be in its element right away on the demanding American tracks. This is a testament to its DNA which, although intended for the best possible street use, in no way betrays its competitive nature. The ideal compromise between light weight, power, and the proverbial chassis structure from Noale. 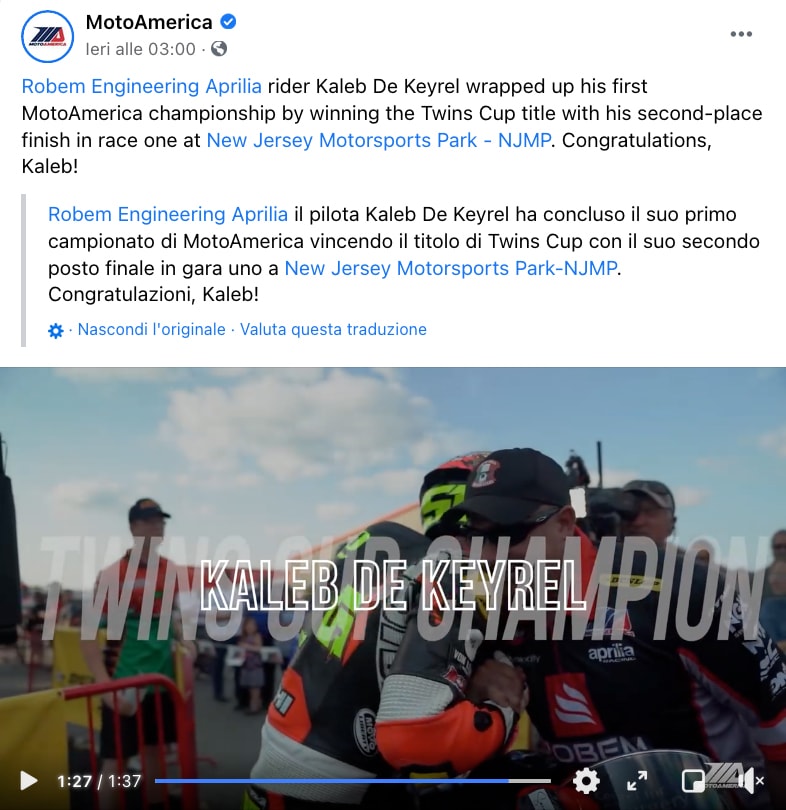 The perfect weekend was topped off by Race 2, with no fewer than four RS 660 bikes in the top four spots. Winning the race was Italian Tommaso Marcon (bike no. 70, Robem Engineering), riding in a special wild-card spot and tester for the 660 project, ahead of Anthony Mazziotto (bike no. 516, Veloce Racing) and fifteen-year-old surprise Maxwell Toth (bike no. 58, Robem Engineering), on the podium twice in his Twins Cup "first", and Cory Ventura (bike no. 28, Veloce Racing) in 4th position.

Source of the images and photo gallery: www.facebook.com/kaleb.dekeyrel

NEXT AND LAST RACE OF THE SEASON:

Source of the image: www.motoamerica.com