APRILIA RS660 DOMINATES IN ALABAMA: KALEB DE KEYREL WINS THE FINAL RACE WITH TEAGG HOBBS AND BENJAMIN GLODDY ON EITHER SIDE 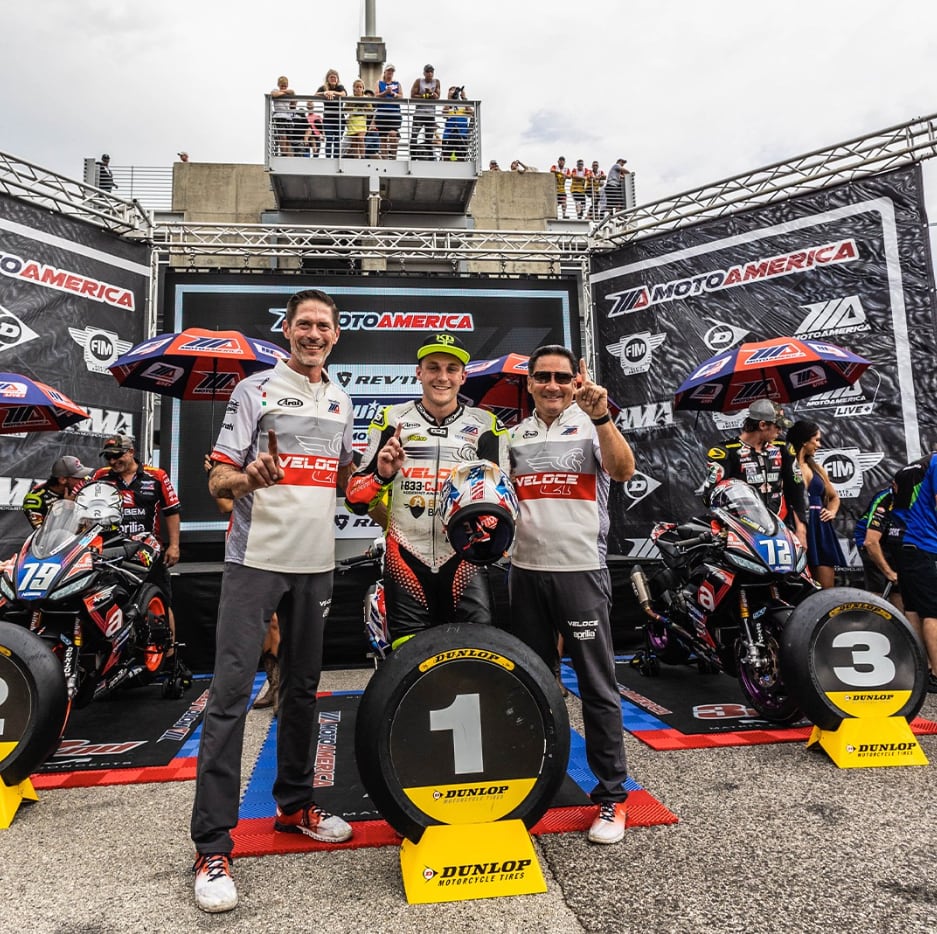 On the left, Kaleb De Keyrel; on the right, Teagg Hobbs and Benjamin Gloddy (source of RH image: www.facebook.com/teagg.hobbs).

26 September 2022 - At Barber Motorsport Park in Alabama the Aprilia RS660 dominated in the Twins Cup category of the 2022 MotoAmerica Championship season, with three bikes on the podium. Winning the race was Kaleb De Keyrel (bike No. 1), Veloce Racing team, 2021 champion, flaunting the celebratory stars and stripes livery of the Aprilia RS660 Limited Edition bike; celebrating along with him were the other Aprilia riders, Teagg Hobbs (2nd place, bike No. 79) and Benjamin Gloddy (3rd place, bike No. 72), both with team Robem Engineering. 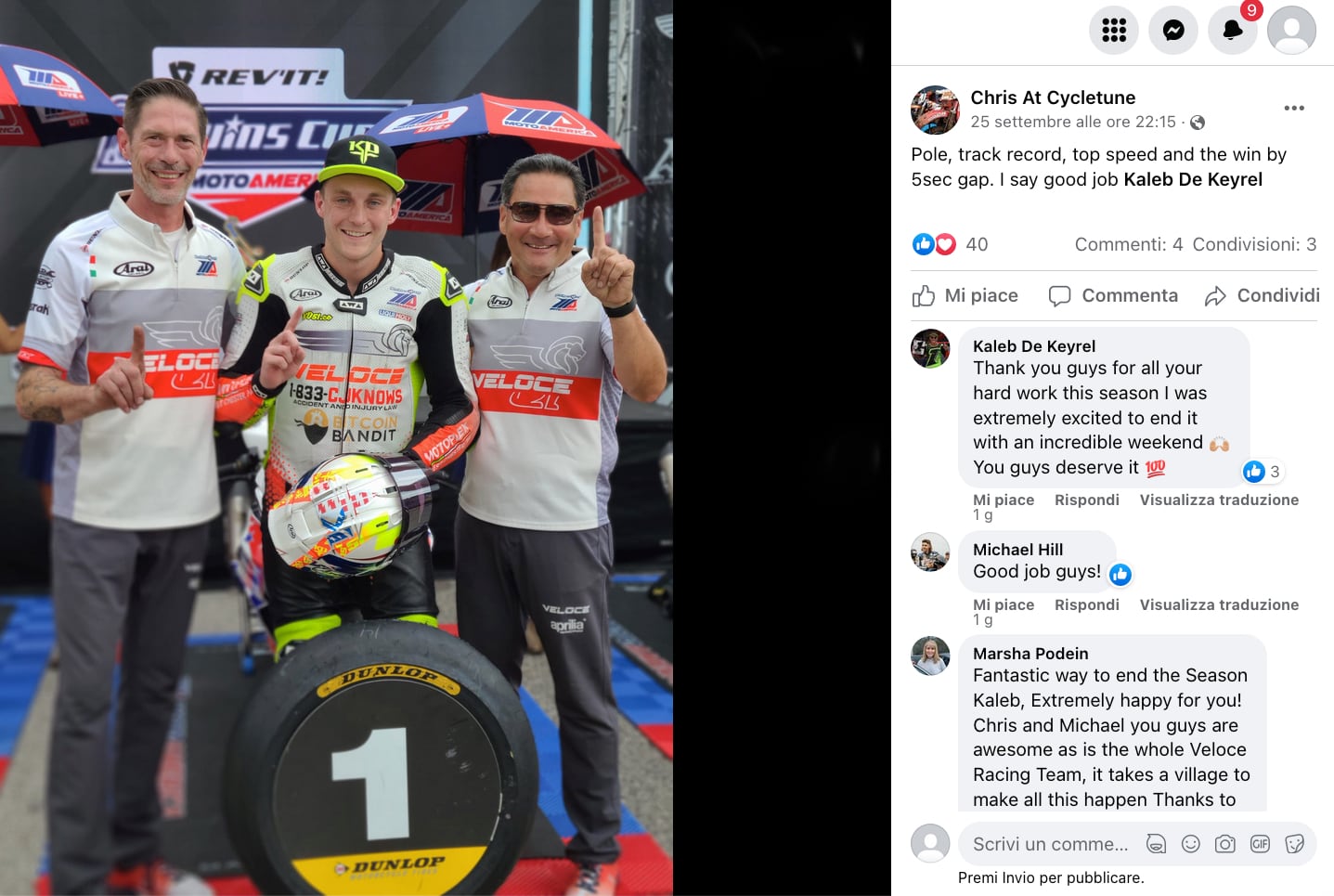 The riders on the Aprilia RS660 – the only Italian bikes in the MotoAmerica Twins Cup class – were at the top for the entire competitive 2022 championship season, chock full of upsets, racking up victories and podium finishes throughout the 14 races which began on 10 March and ended on 23 September at various circuits around the States. An exciting “racing marathon” for both teams and riders, with the high performance RS660 generating plenty of talk and finishing in the final 2022 category standings on the second step of the podium – Jody Barry (bike No. 11) – as well as the third step – Anthony Mazziotto (bike No. 516) – followed by Kaleb De Keyrel (bike No. 1). Good Job, guys!

HERE IS THE ARTICLE PUBLISHED BY MOTOAMERICA
www.motoamerica.com/wyman-davis-crowned-in-motoamerica-finale-at-barber-motorsports-park

In the background images: Jody Barry (bike No. 11) and Anthony Mazziotto (bike No. 516), 2nd and 3rd respectively in the 2022 MotoAmerica championship, Twins Cup category. Images taken from their social media profiles.