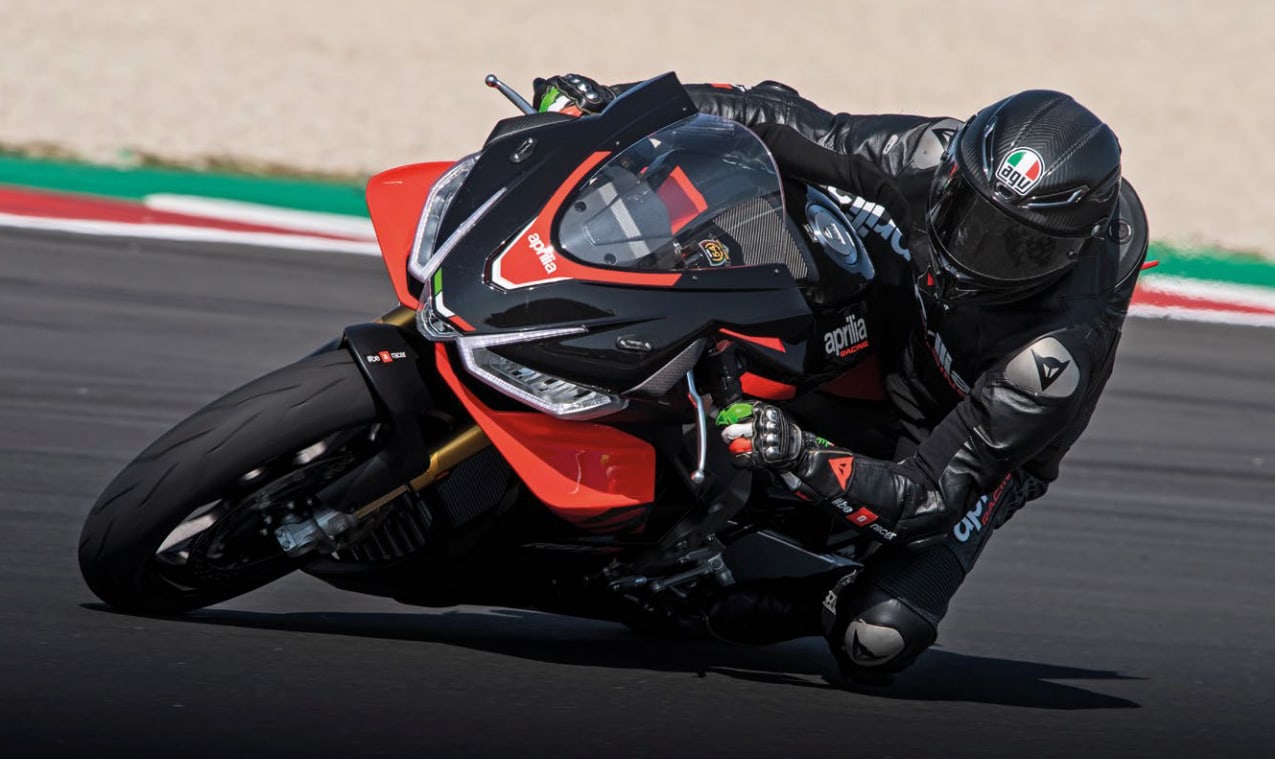 26 May 2022 - Aprilia’s RSV4 lineup is now approved for the 2022 Canadian national competition – Canadian Superbike Championship - both in the Pro Superbike category and in the Amateur Superbike division of the CSBK tour. 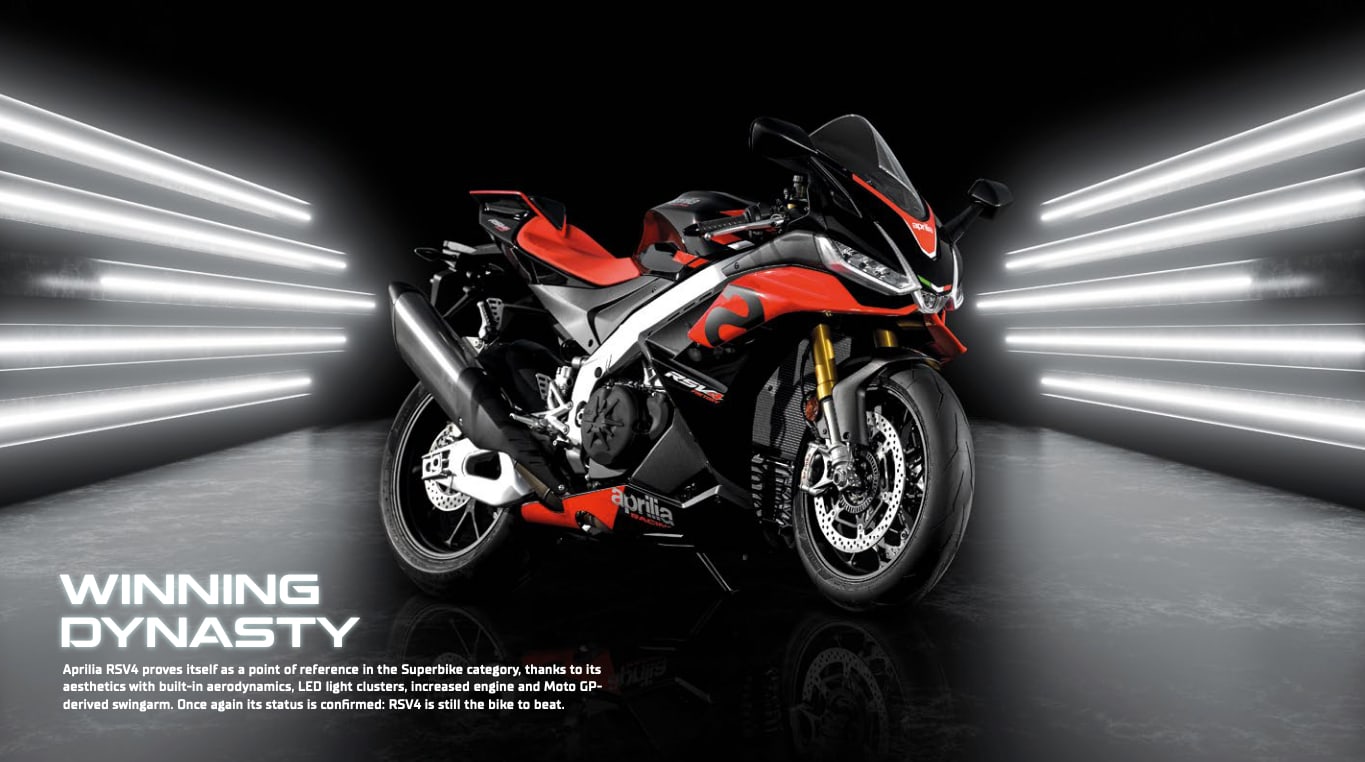 Marco d'Acunzo, President and CEO of Piaggio Group Americas, confirmed the homologation of the potent V4 powered street machines, available at dealers across Canada along with the full range of Aprilia sports machinery.
“Aprilia’s first home is the racetrack. It is where the spirit of the brand lives, and with Aprilia, where countless champions first proved themselves on an international stage. This is another step for Aprilia, to bring our championship winning machines (editor’s note: Aprilia holds 34 racing world titles) to the Canadian racing series, and competition venues across the country,” confirms d’Acunzo. 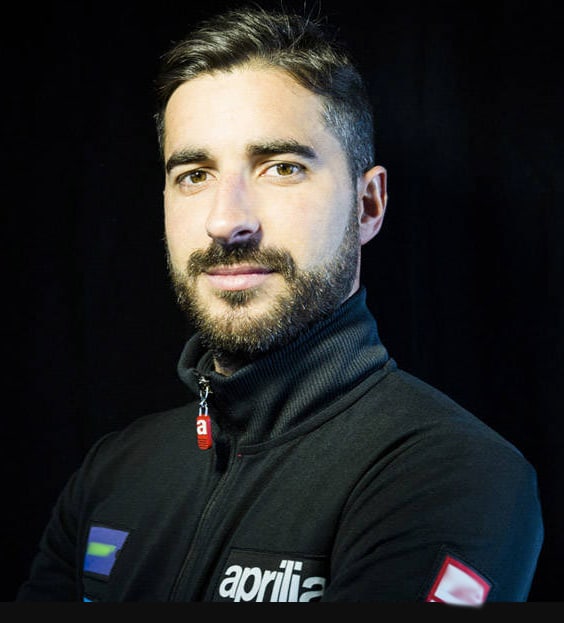 “We look forward to meeting both racers, and fans of Aprilia at CSBK rounds, and further developing our partnership with the series.” 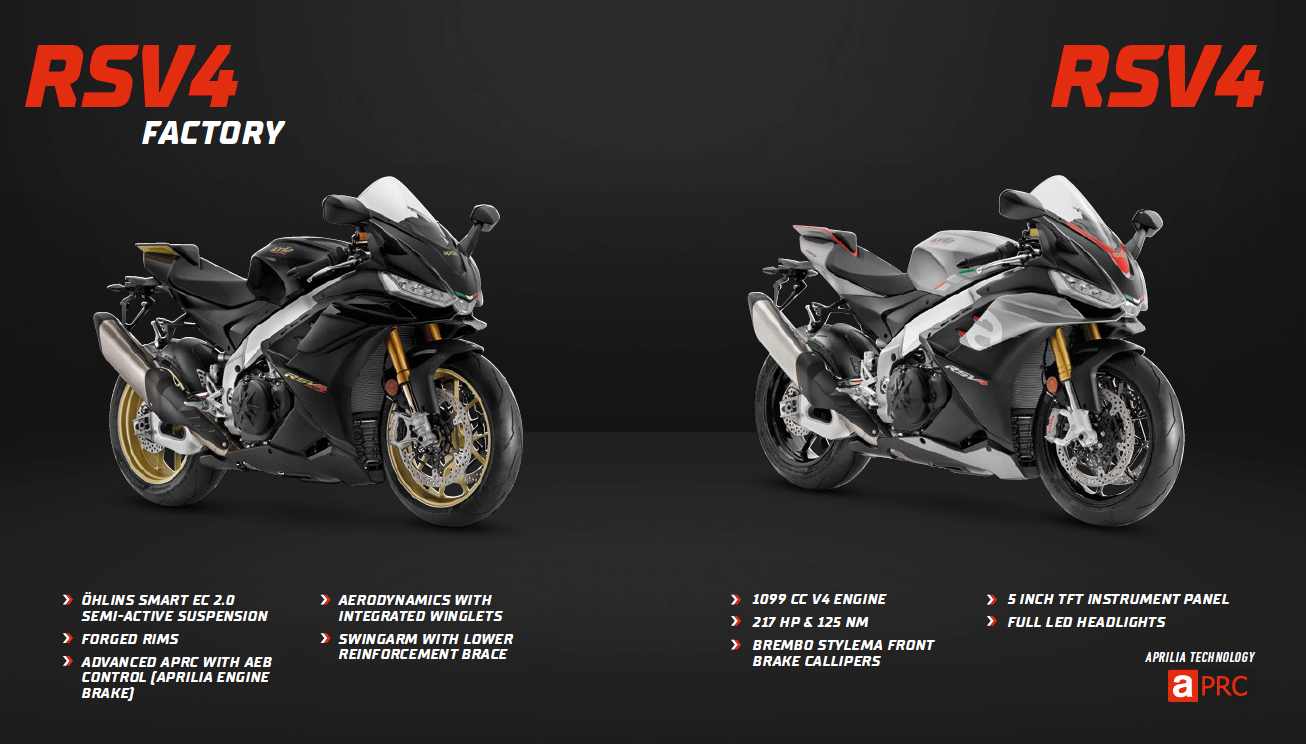 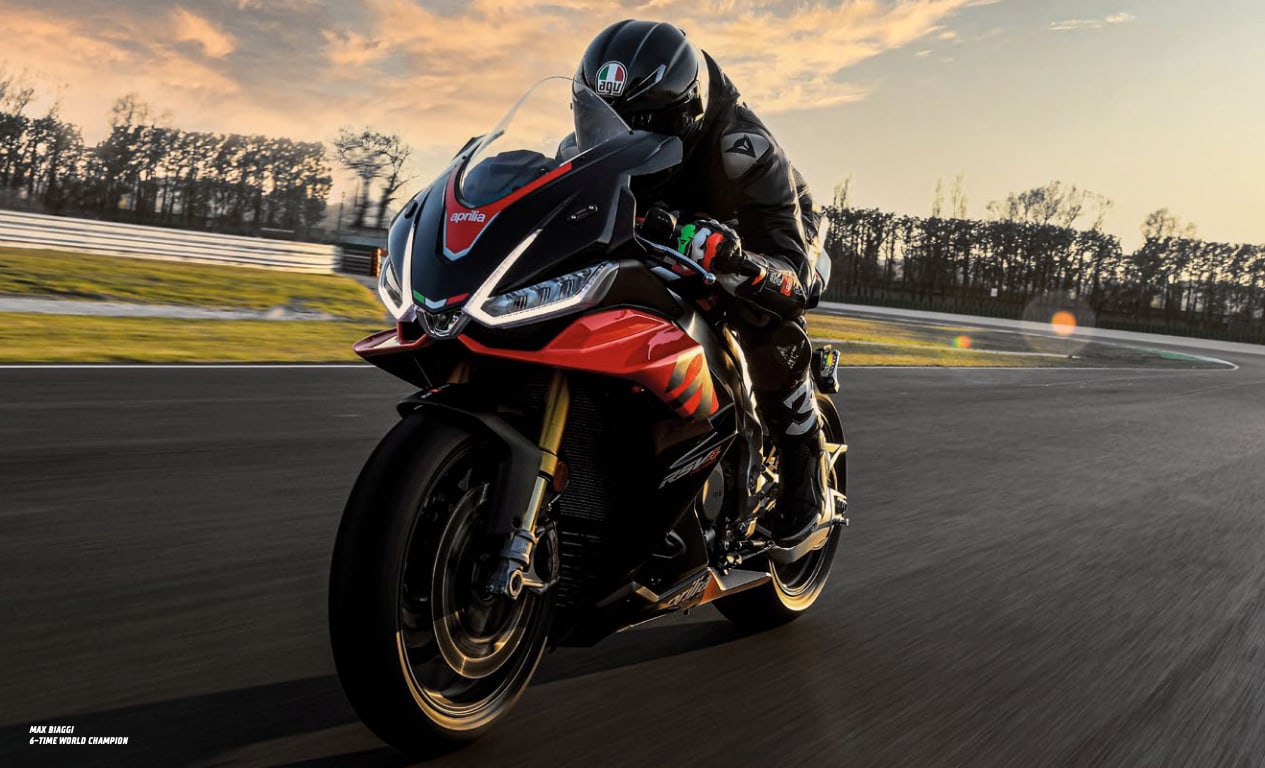 In World Superbike, the Aprilia RSV4 has won the World Championship three times, the first two courtesy of Max Biaggi (2010, 2012) and most recently with French rider Sylvain Guintoli in 2014.
In Canadian National Superbike action, popular veteran Frank Trombino of Uxbridge, ON, scored Aprilia’s first and thus far only win at Canadian Tire Motorsport Park near Toronto, ON, aboard an RSV4 in 2014. 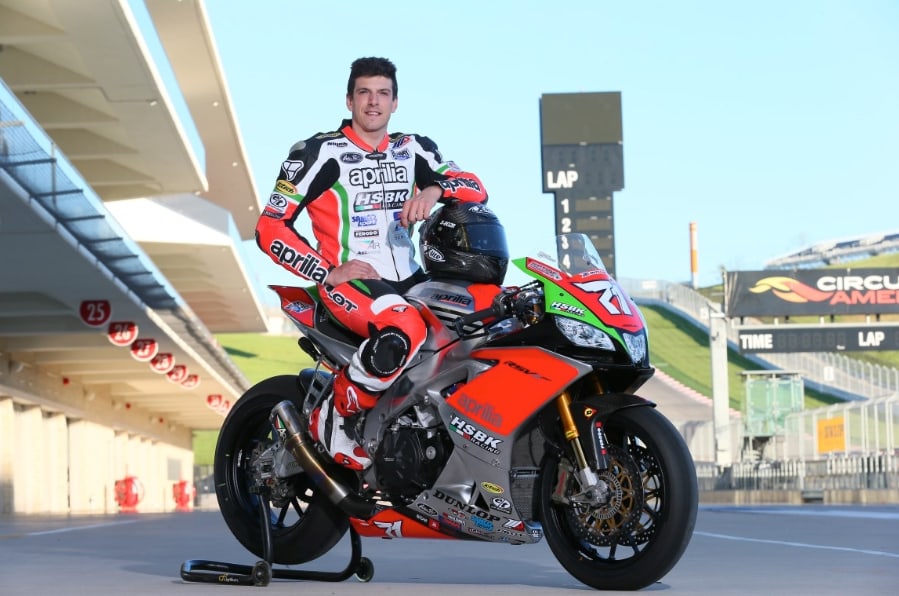 Claudio Corti, two podiums with 2nd place in the final round of the Canadian Championship in 2016, on Aprilia RSV4 RF, team HSBK. That same year, he participated with his Aprilia in the MotoAmerica championship, winning in New Jersey.
www.aprilia.com/it/it/index/racing/other-championships-news/superstock/2016/motoamerica-stk-NewJersey.html

Two years later, Italian world moto star Claudio Corti brought his team to CTMP for the final round of the Canadian National series, where his Aprilia RSV4 RF battled for the win in both events, eventually earning a pair of second-place finishes after two of the best races in the history of the now 43-year-old Canadian Superbike tour.

This year’s CSBK National series opens with the first round at Grand Bend Motorplex, on Lake Huron, Ontario, June 9-12. In total, there will be nine Pro Superbike Feature events in 2022, all telecast on TSN, The Sports Network. 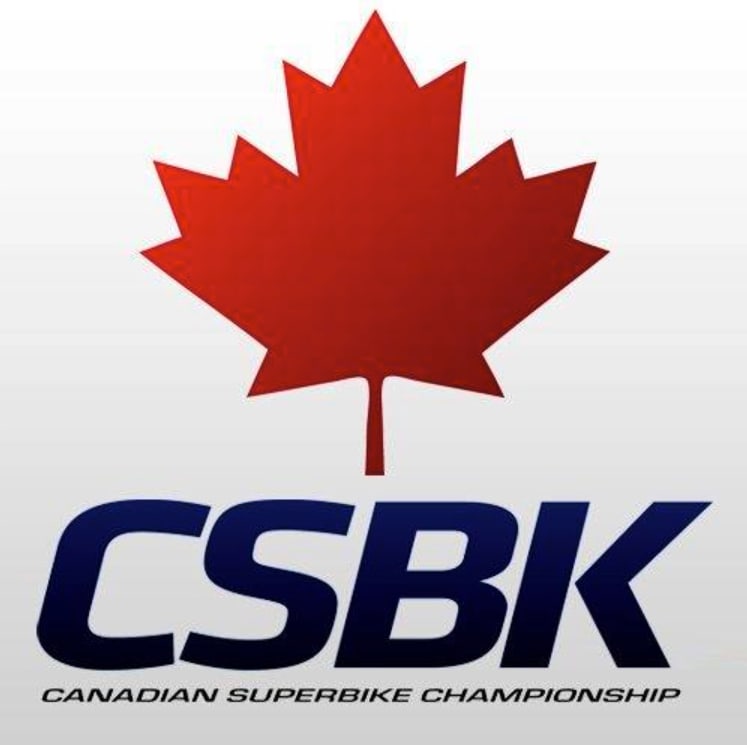 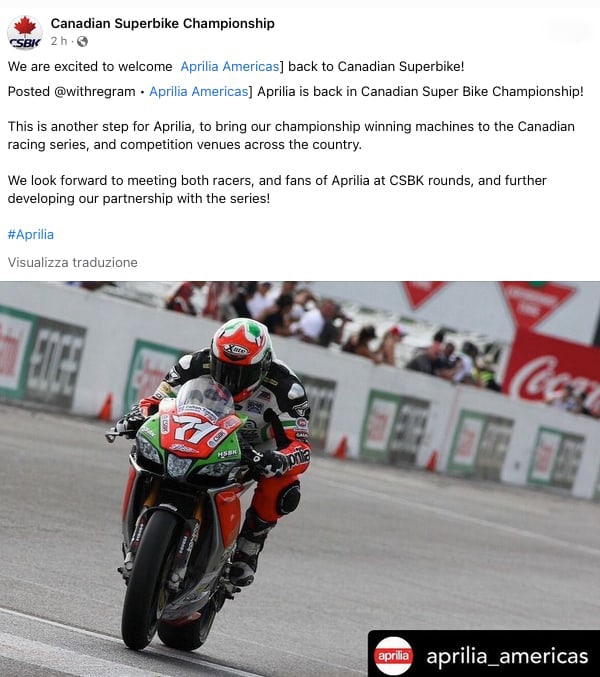