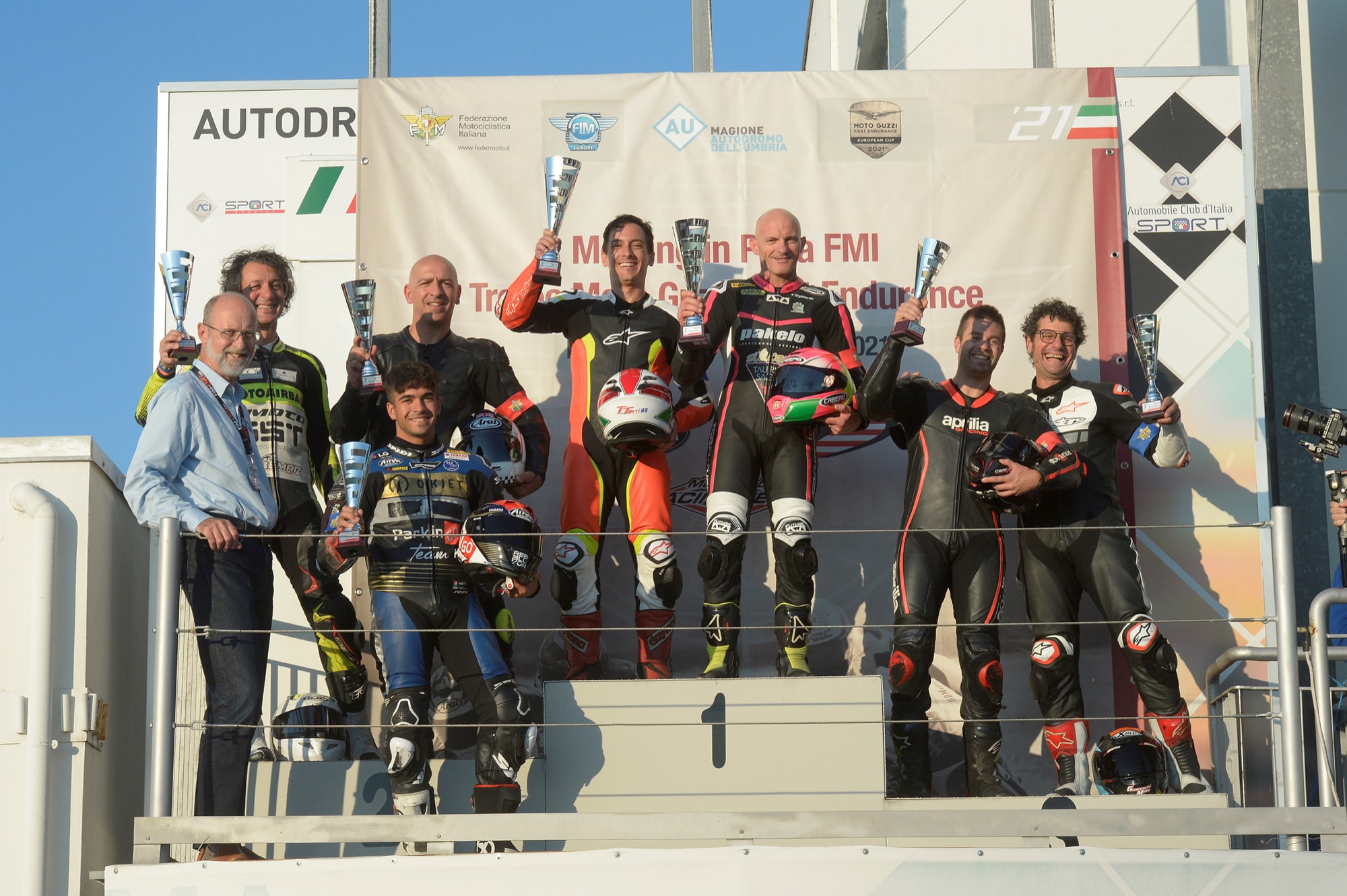 AT THE FINAL ROUND IN MISANO – SCHEDULED FOR 10 OCTOBER – FOUR TEAMS WILL CONTEND FOR THE PRESTIGIOUS EUROPEAN CUP TITLE. 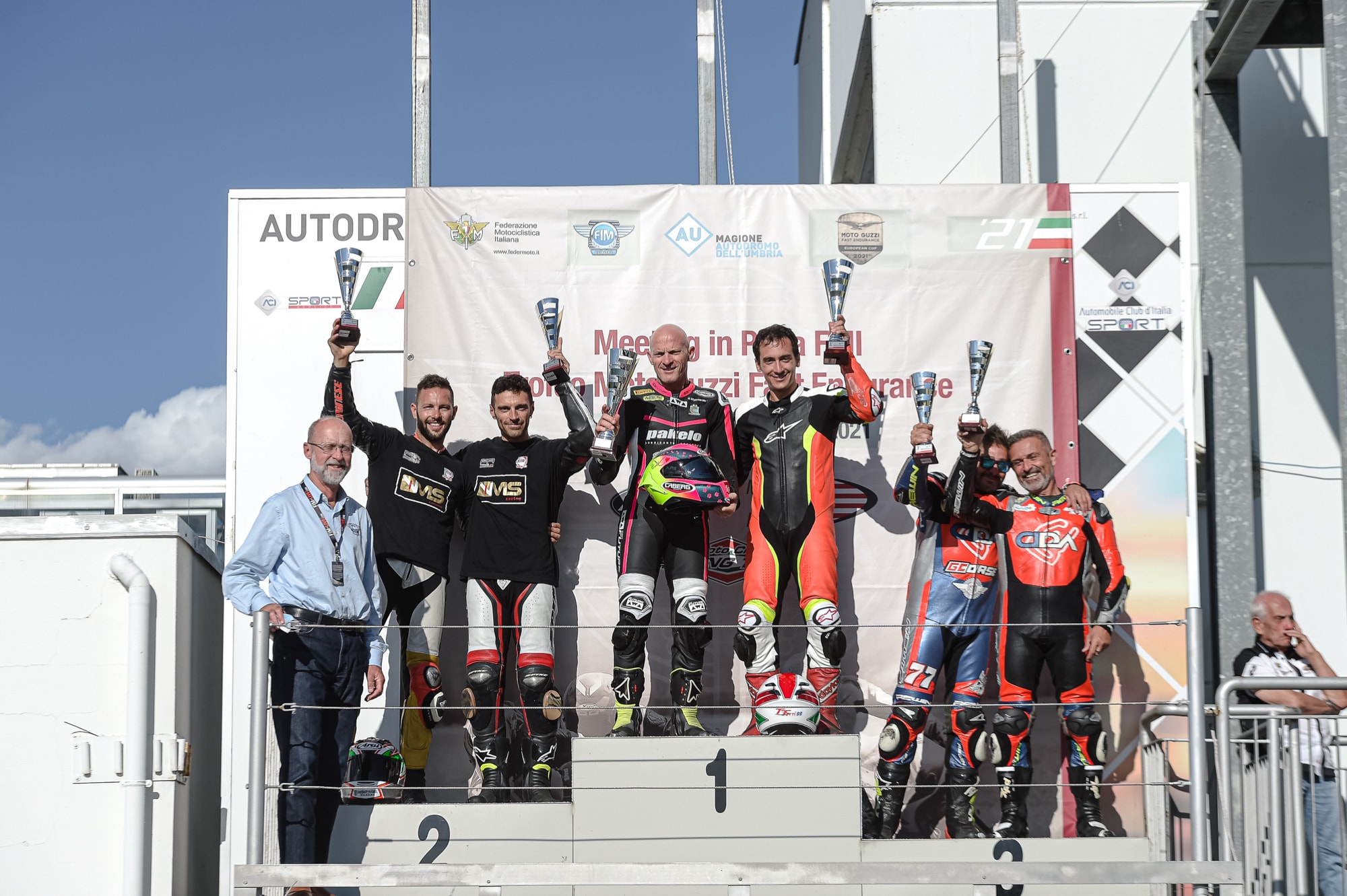 Magione (Perugia), Italy, 29 August 2021 - As happened in 2019 and 2020, the third edition of the Moto Guzzi Fast Endurance cup, the fun single-brand series from the Eagle brand dedicated to pairs of riders astride Moto Guzzi V7 III bikes, will also be decided at the final round of the season, scheduled for 10 October in Misano. 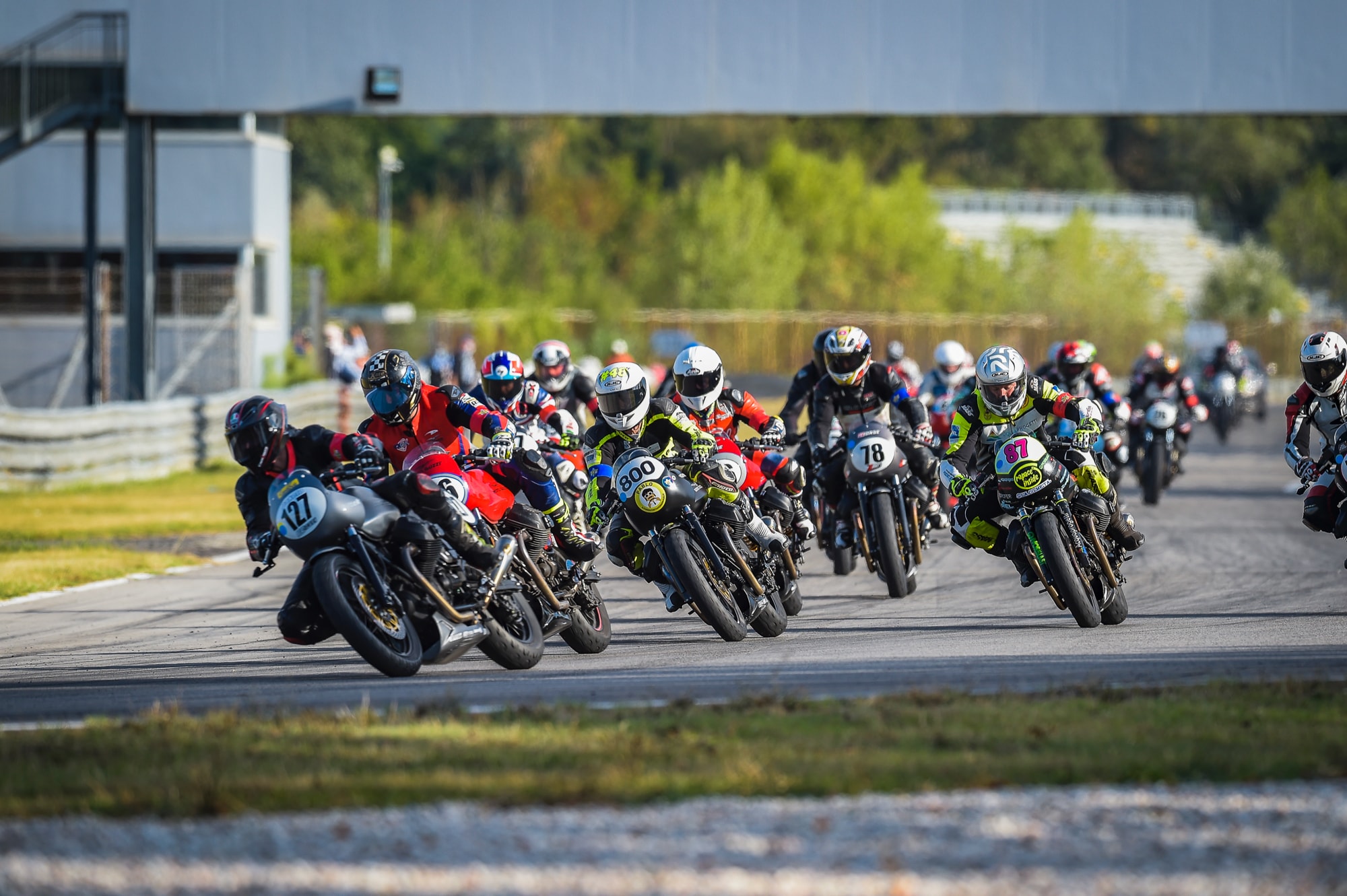 In fact, after the two 60-minute “mini endurance” races held during the Umbria Raceway weekend, no fewer than four teams are still in the running for the championship, which is a European FIM Europe Cup this year. In Magione, it was team Altinier Motorsport & Biker’s Island, made up of Emiliano Bellucci and Tommaso Totti, who took a double win that pushed them back up in the standings, although the battle for the top positions was extremely heated in both the Saturday and the Sunday race. 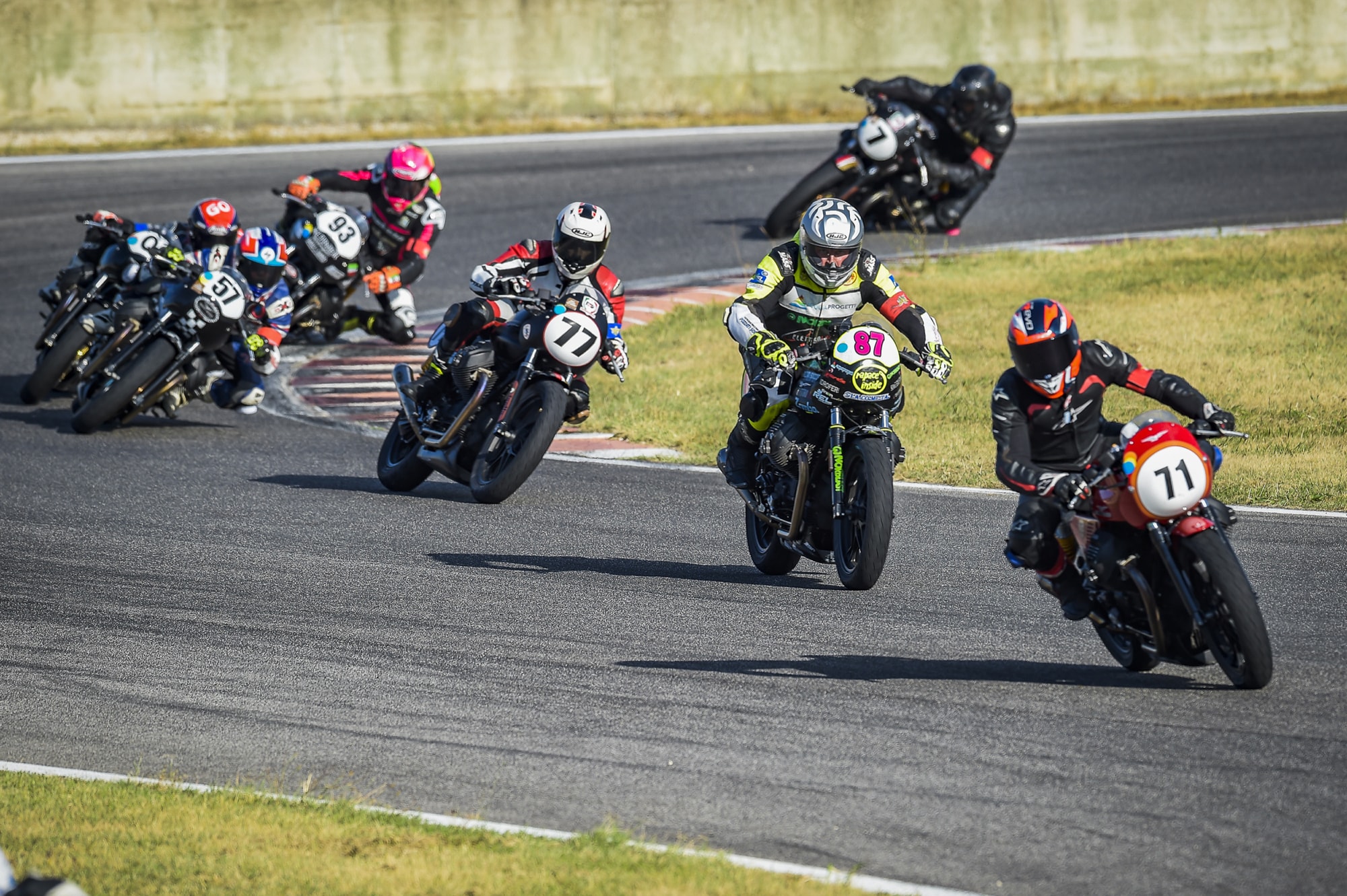 In the first race, Bellucci and Totti scrambled to remedy a poor start, clawing their way back up through the ranks until 20 minutes from the end when they snatched the lead from Team Pablo (Francesco Curinga – Paolo Rovelli), who had been leading until then. The battle for the win raged on all the way to the chequered flag, with Paolo Rovelli having to settle in the end for runner up, still extremely important for the overall standings. The battle for the third step of the podium was also rather thrilling, with three bikes neck in neck on the final stretch. Not realising that he had not one, but two rivals behind him, Gianfranco Rubini of Guaracing Factory Team 1 (teamed up with Matteo Minganti on this occasion) still managed to pull it out by just a few thousandths of a second ahead of Garage 71 (Dario Appella - Samuele Colonna) and Moto Club dei Rapaci (Luca Fornasiero - Mauro Rossignoli). 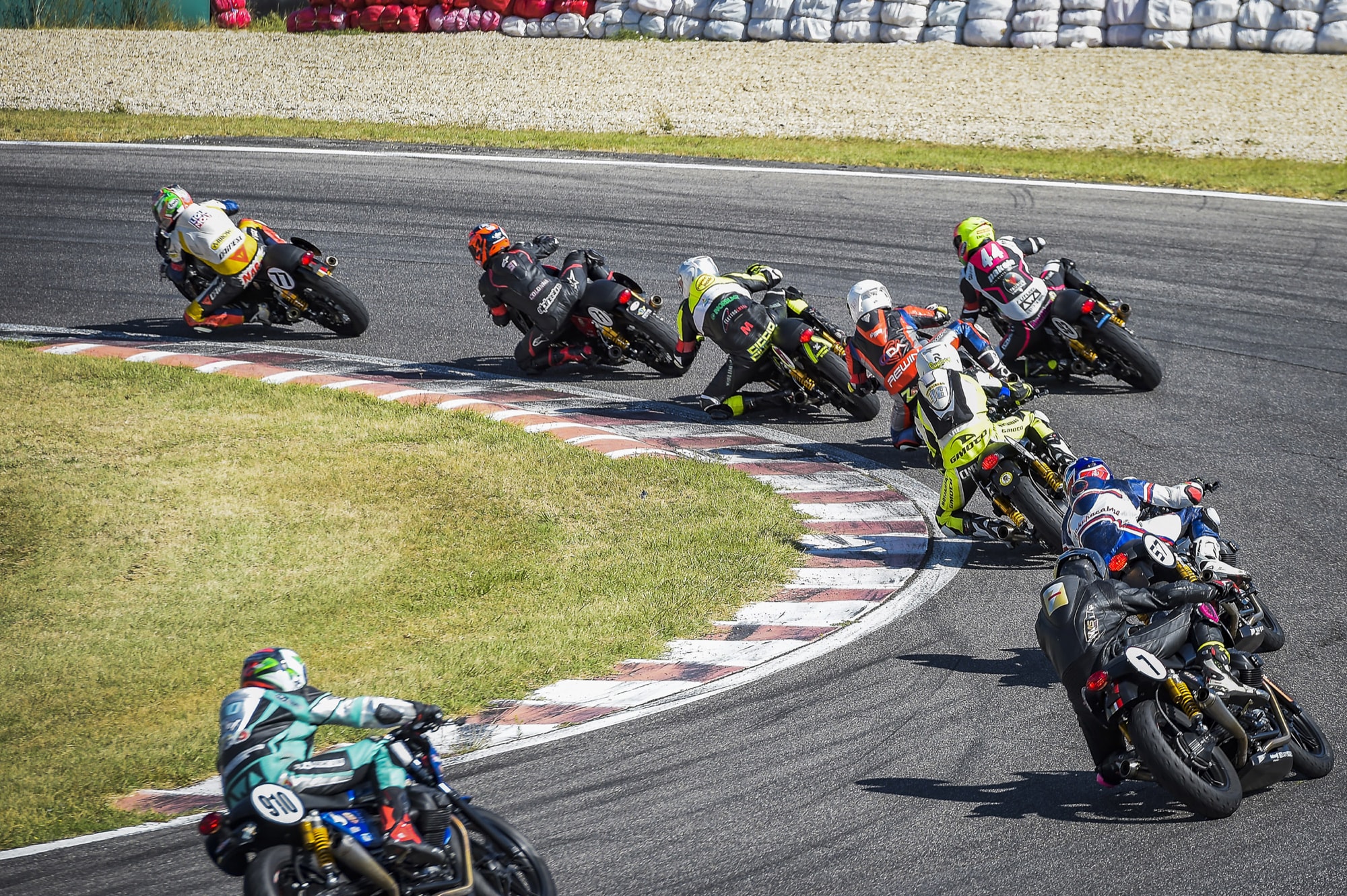 In the Sunday race, on the other hand, Altinier Motorsport & Biker’s Island team’s ride was hampered by team VMS Benty 2, made up of Stefano Nari and Marco Leardini. In the battle for the podium on Saturday as well, but hindered by contact that broke the clutch lever, Nari and Leardini sought redemption in race 2, doing their best to snatch the win from the Bellucci-Totti duo all the way down to the final rider change. In the end, they earned a second place that keeps them in contention for the title ahead of team CID’A Reparto Corse 1 (Davide Rossi - Nicola Maccaferro), skilfully defending the third step of the podium in a battle to the final laps with Team Pablo, Guaracing Factory Team 1 and Moto Club dei Rapaci. 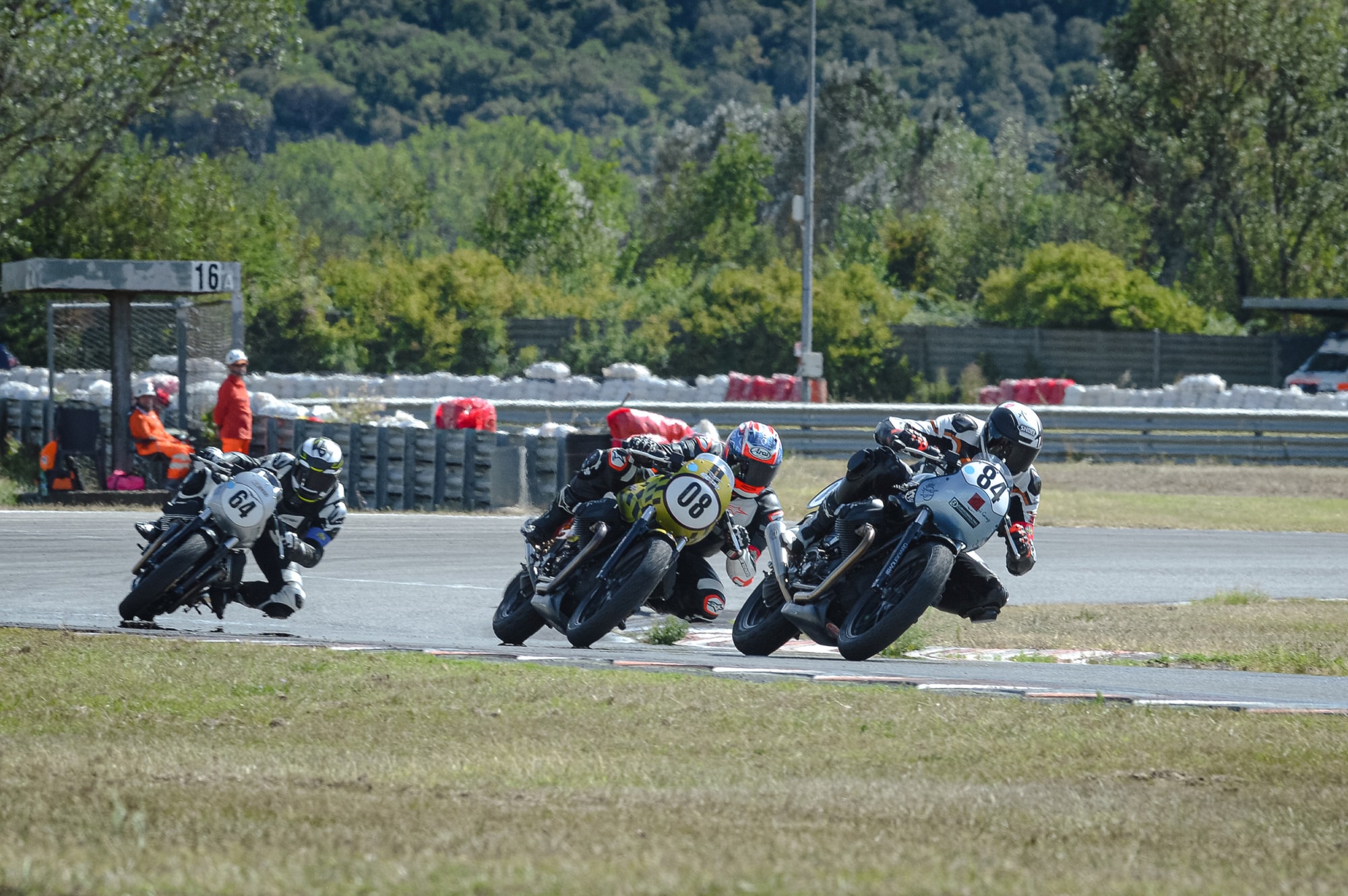 With just one 90-minute “mini endurance” left to race, the competition is still wide open with Team Pablo in the lead with 77 points ahead of Altinier Motorsport & Biker’s Island with 70, Guaracing Factory Team 1 with 63, and VMS Benty 2 with 62. These will be the teams competing for the prestigious European Cup title just over a month from now in Misano. 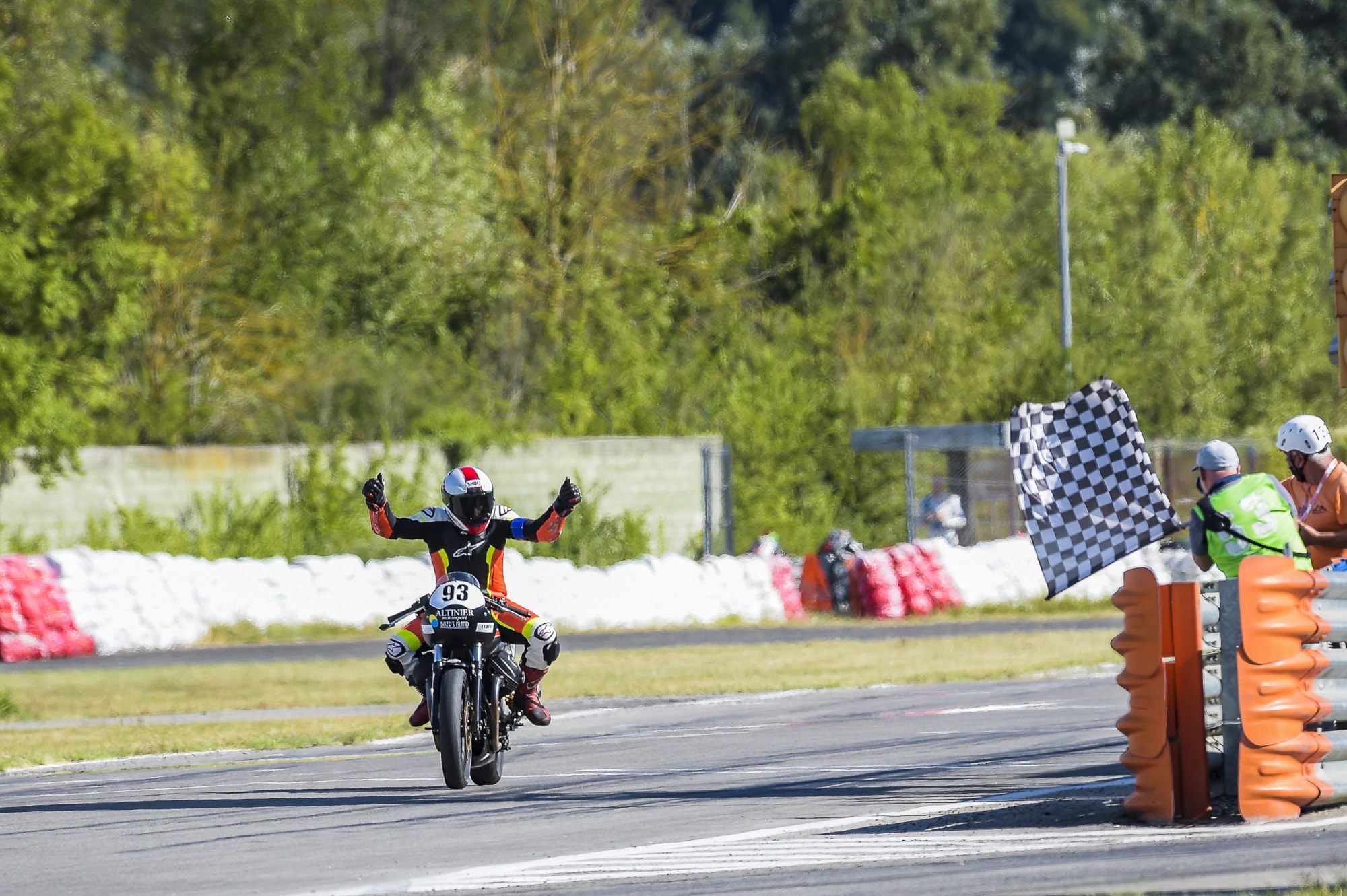 The Magione demonstrated once again just how agile, fun, and fast the “small” Moto Guzzi V7 III is in “racing” version, outfitted with the Gcorse Racing Kit and Pirelli Phantom Sportscomp RS tyres. In fact, an extremely young Filippo Rovelli, teamed up with DJ Ringo on the team Virgin Radio V7, did the fastest lap in both races, stopping the clock at astonishing times: 1’22”822 in race 1, shaving off even a bit more in race 2 at 1’22”725, with an average speed of 109.099 km/h. 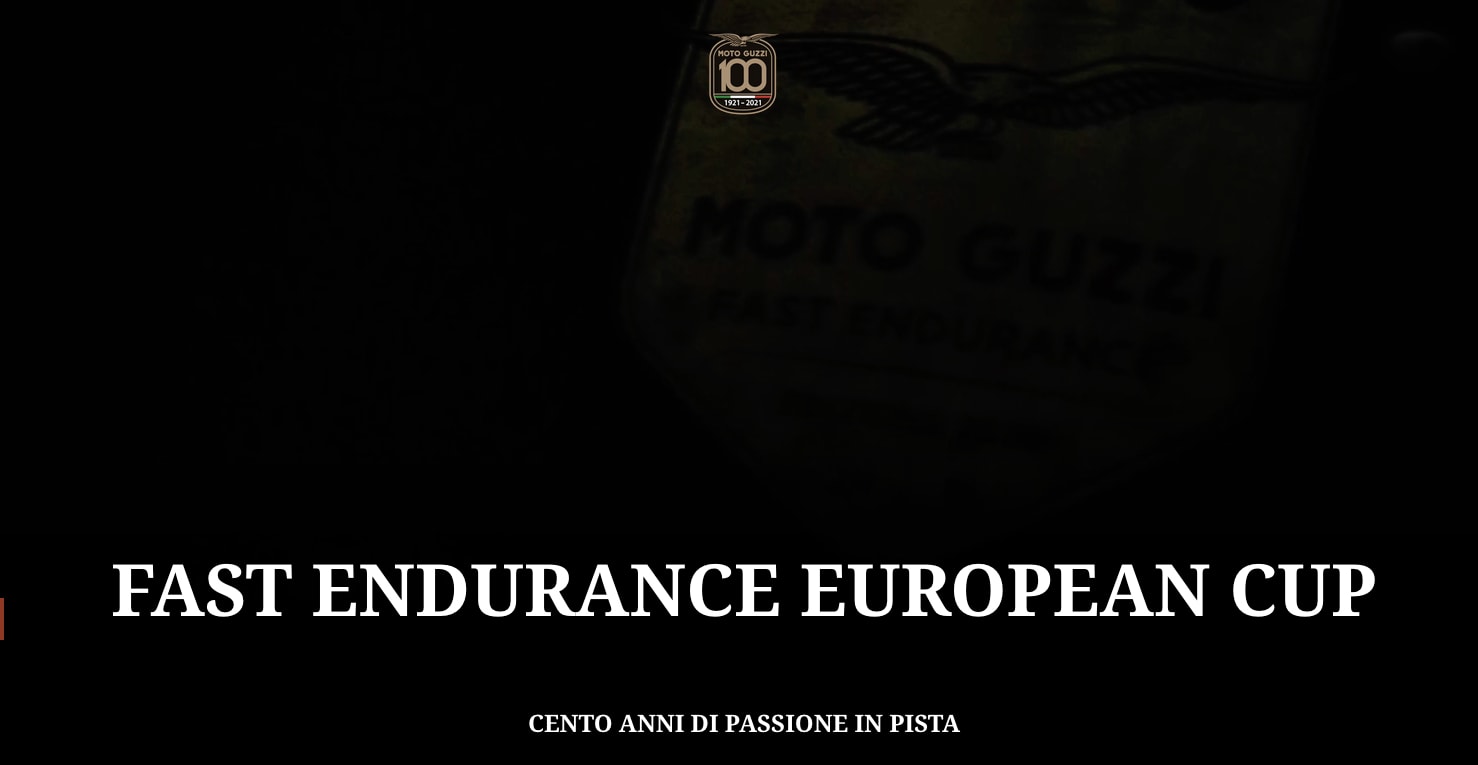 To stay up to date on all the news and on how you can participate in the 2021 Moto Guzzi Fast Endurance European Cup, go to www.motoguzzi.com and the Federazione Motociclistica Italiana website  www.federmoto.it 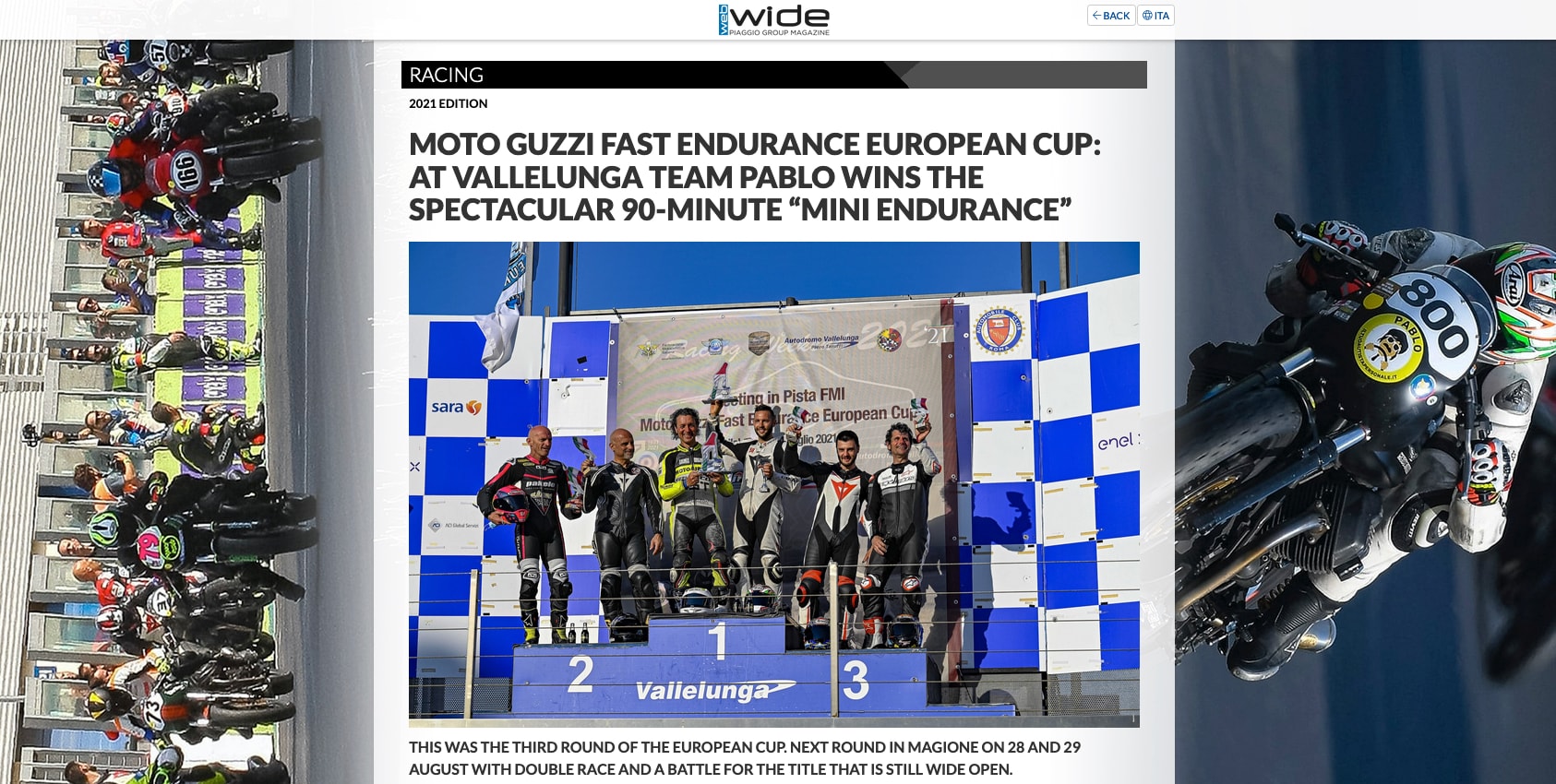