ON THE ROAD MEMORIES 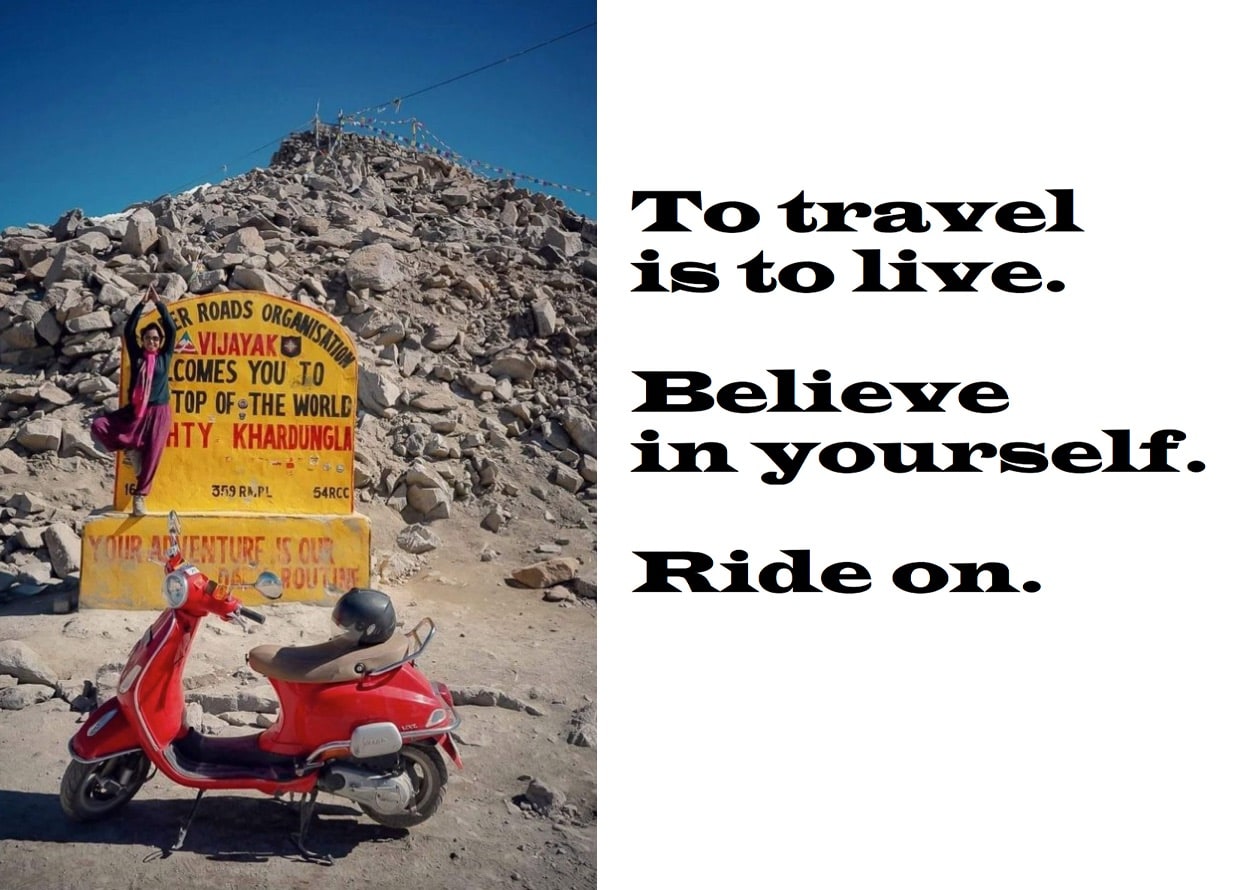 Soumita and her Vespa at the peak of Khardungla pass, Ladakh (India), a favourite destination for motorcyclists.

SOUMITA ROY CHOUDHURY, THE FIRST INDIAN WOMAN TO TRAVEL FROM CALCUTTA TO BHUTAN ON A VESPA. 2,000 KM OF FREEDOM AND COURAGE 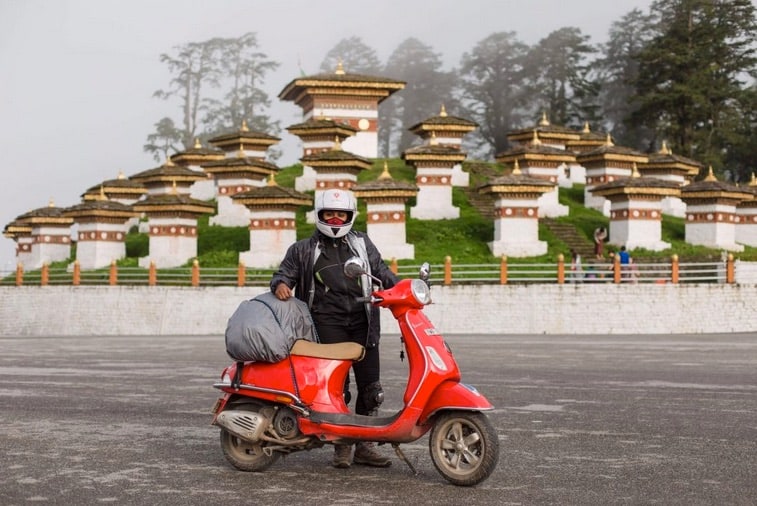 November 2020 – In these times of limitations, travelling becomes a dream… to postpone! So, we take “comfort” in recounting special road trips, like the one taken by the young, determined and courageous Soumita Roy Choudhury who completed a ride on her Vespa three years ago, starting from Calcutta, where she lives, with destination Bhutan, a Buddhist Kingdom on the eastern Himalayas (called “the happiest little country in the world”).

Official video by the Tourism Council of Bhutan.

The undertaking was a great success and received quite a lot of media coverage. It is not an easy trip, with impassable roads, safety issues, language barriers and lodging that is often makeshift. In short, a challenge, even more so if tackled by a young girl. 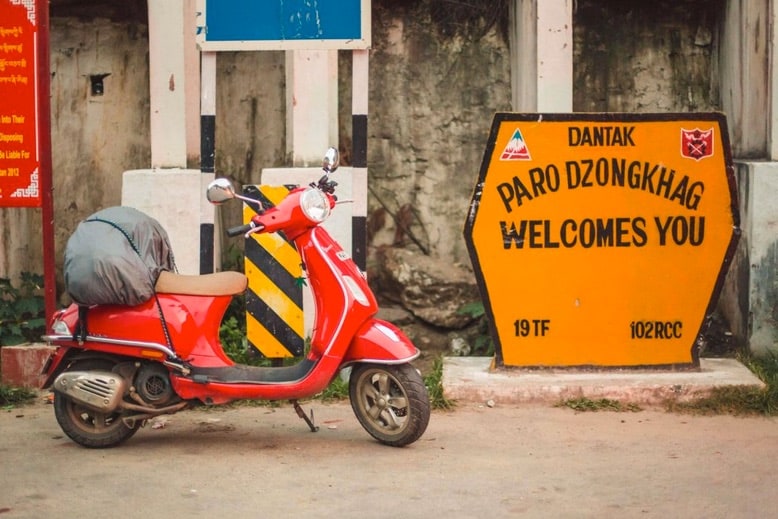 But Soumita, a passionate traveller, photographer and entrepreneur, was not discouraged by the difficulties. She packed minimum baggage, hopped on her red Vespa and rode off toward the Bhutan border. 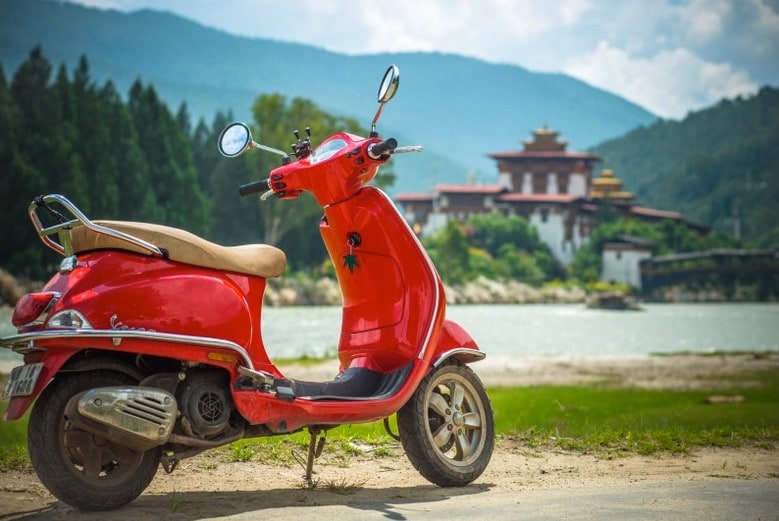 Soumita’s red Vespa; in the background, Punakha Dzong (Bhutan), important monastery complex built in the first half of the seventeenth century.

She told the papers that she had already taken other trips, primarily in the southern Indian states, including Ladakh (reaching Khardungla pass at 5,602 metres above sea level on her Vespa; photo below the title), Meghalaya, Uttarakhand, Sikkim and Kerala; but the Bhutan trip was her first long-distance ride. She also added that she bought the Vespa, which has become her world-exploration vehicle, just one year prior to the big trip. Departing on September 1st, 2017, she rode about 2,000 km between the trip there and back in about ten days. Start from Calcutta to Jalgaon, then Siliguri, crossing the border, going through immigration procedures into Phuntsholing, continuing on to Paro, Thimphy and Punakha, in the heart of Bhutan. 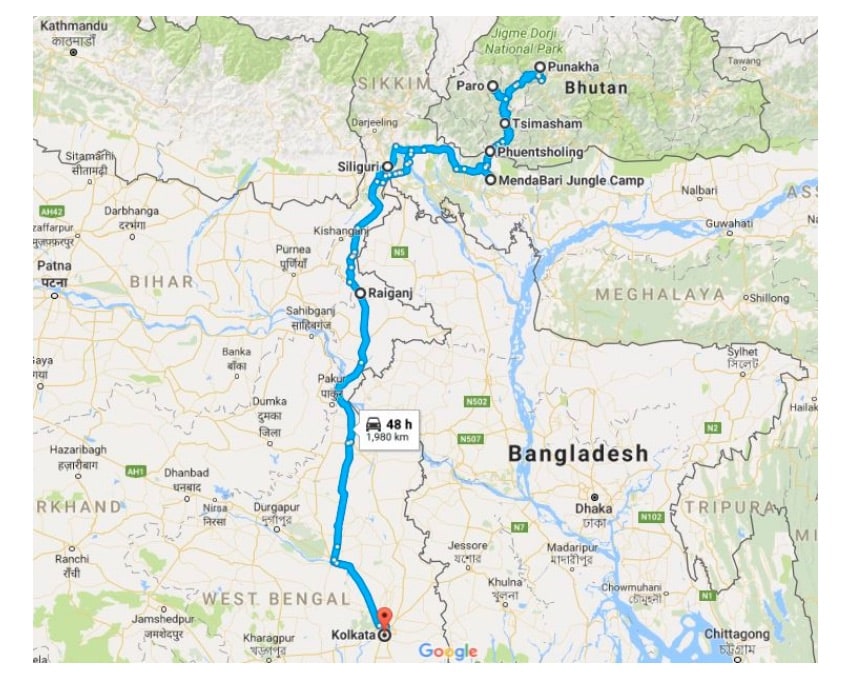 In her baggage on the trip back home, Soumita took with her “great satisfaction, because the experience of travelling lets you discover yourself and gives you the ability to face life and others more confidently. Travelling makes my soul happy.” 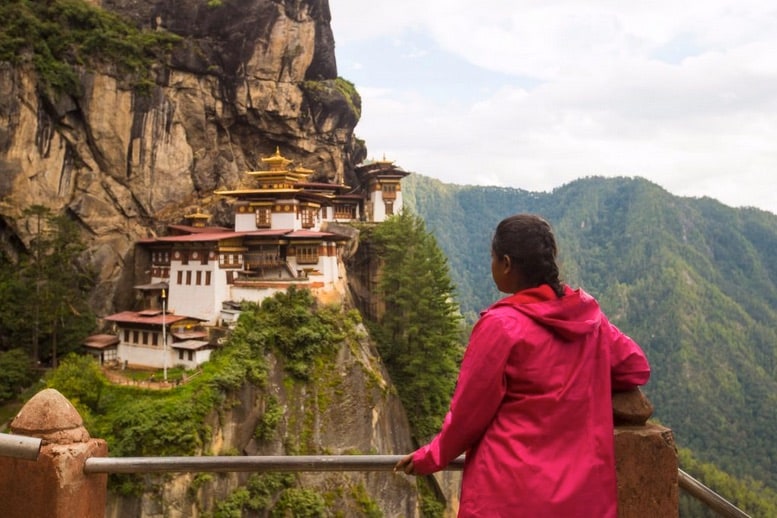 Taktsang Monastery (Paro, Bhutan), nestled among the mountains. The start of construction on the complex dates back to 1692. It is called the “tiger’s den”.

And now, she has no intention of stopping. Other trips, other destinations, astride her red Vespa. And she encourages women to travel more, no matter what you ride, whether it’s a scooter or a superbike: willpower can take you anywhere in the world. All you have to do is believe in yourself and difficulties will be overcome with enthusiasm and determination. Take it from Soumita, a true Vespista. 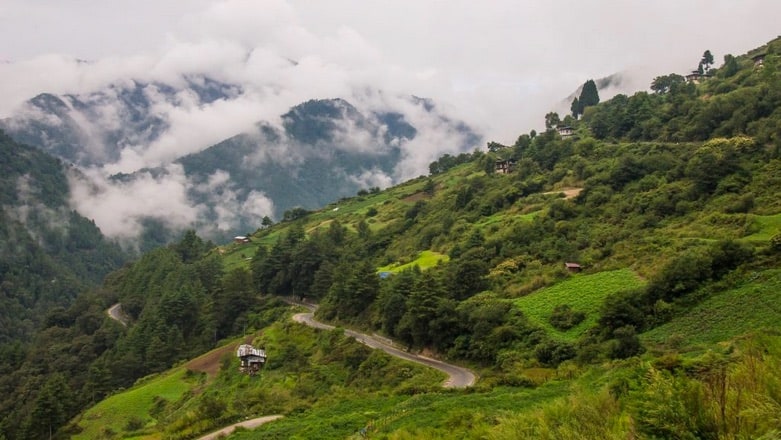 Spectacular view of the roads Soumita travelled toward Bhutan. 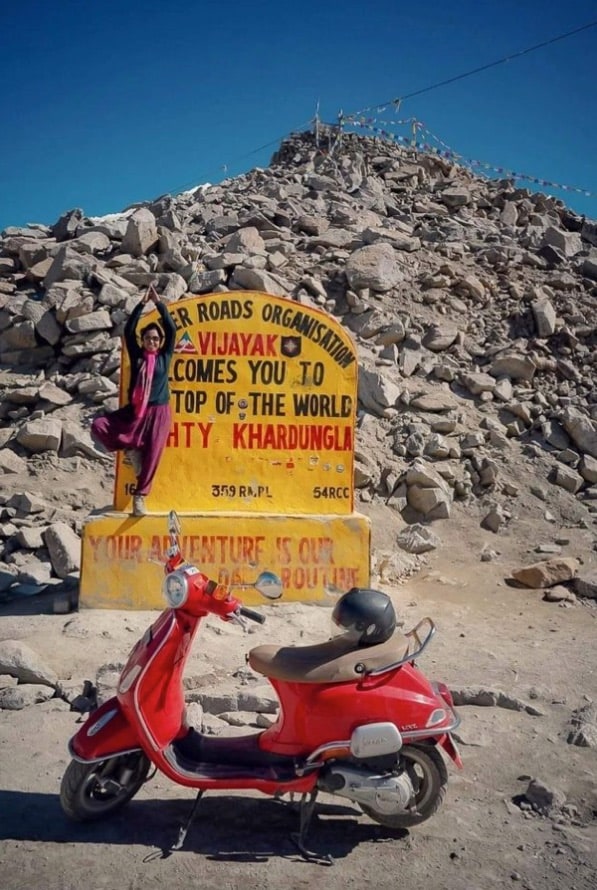 THIS ARTICLE ON SOUMITA ROY AND HER VESPA TRIP. 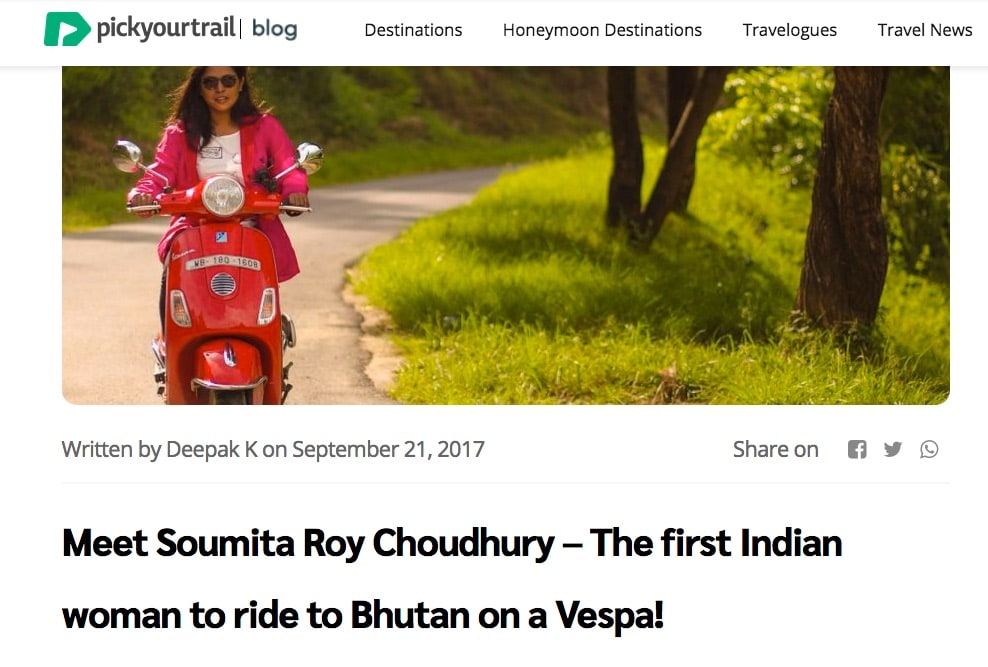