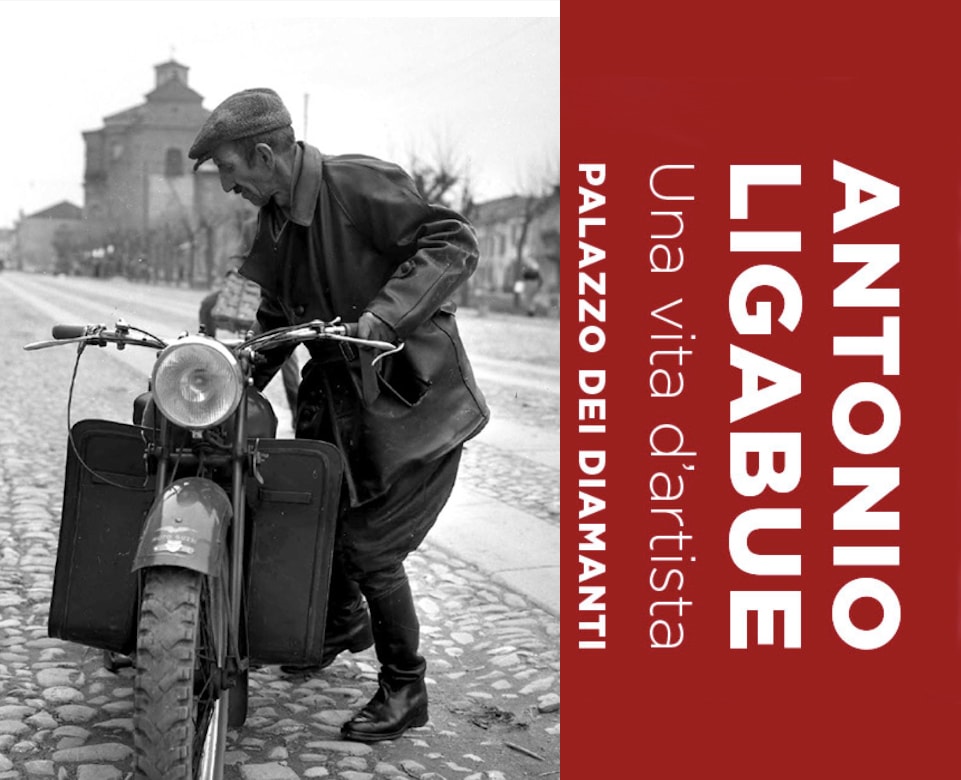 THE MULTIPLE AWARD-WINNING FILM “VOLEVO NASCONDERMI” (“I WANTED TO HIDE”) IS BACK IN CINEMAS, SILVER BEAR RECIPIENT AND WINNER OF 7 DAVID DI DONATELLO AWARDS. AND FERRARA DEDICATES AN EXHIBIT TO THE GREAT PAINTER AND SCULPTOR, WHO TRAVELLED ASTRIDE EAGLE BRAND BIKES. IN HIS LIFE, HE HAD NO FEWER THAN 16 MOTO GUZZIS.

May 2021 – During the Moto Guzzi centennial (1921-2021), Antonio Ligabue deserves a mention, a renowned artist, painter and sculptor (Zurich-Swisse, 1899 - Gualtieri, Reggio Emilia-Italy, 1965) with a pained and troubled life, who loved riding around on his Moto Guzzi bikes (he had no fewer than 16), also depicted in his works of art. And the Italian film dedicated to him – Volevo Nascondermi (translation: “I wanted to hide”) by Giorgio Diritti, starring Elio Germano – that came out in the summer of 2020 is a cinematographic phenomenon, winner of the Silver Bear award for best actor (Elio Germano) at the Festival of Berlin (2020) and 7 David di Donatello awards (2021): best film, best director (Giorgio Diritti), best starring actor (Elio Germano), best photographer (Matteo Cocco), best set designer (Ludovica Ferrario, Alessandra Mura, Paola Zamagni) best hair stylist (Aldo Signoretti), best sound.
And we should remember that the biopic on Antonio Ligabue also won two ‘Golden Globe’ (Italian edition): best film and best photography. Presenting the two awards (2020) was the Foreign Press Association in Italy: the film was chosen by a panel of more than 50 foreign correspondents. And in May 2021, the film returned to cinemas with great success. 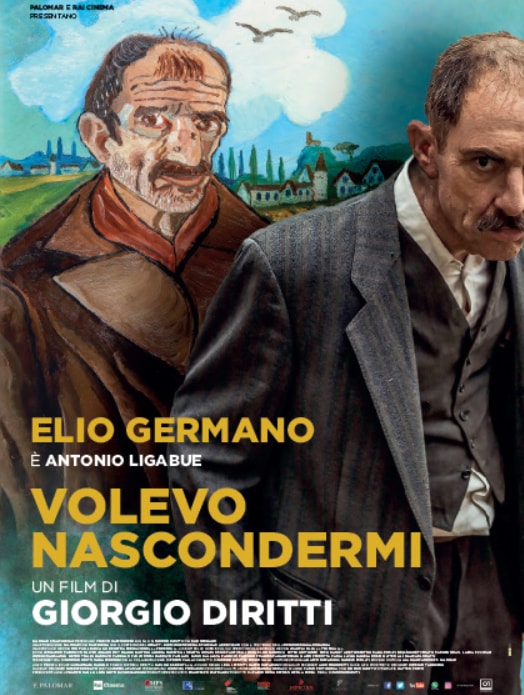 The film by Giorgio Diritti was preceded in 1977 by a three-part television series directed by Salvatore Nocita, with Ligabue played by Flavio Bucci. From this series, a cinematographic version was also created, which won the Festival of Montréal, the Grand Prize of the Americas and best male actor. 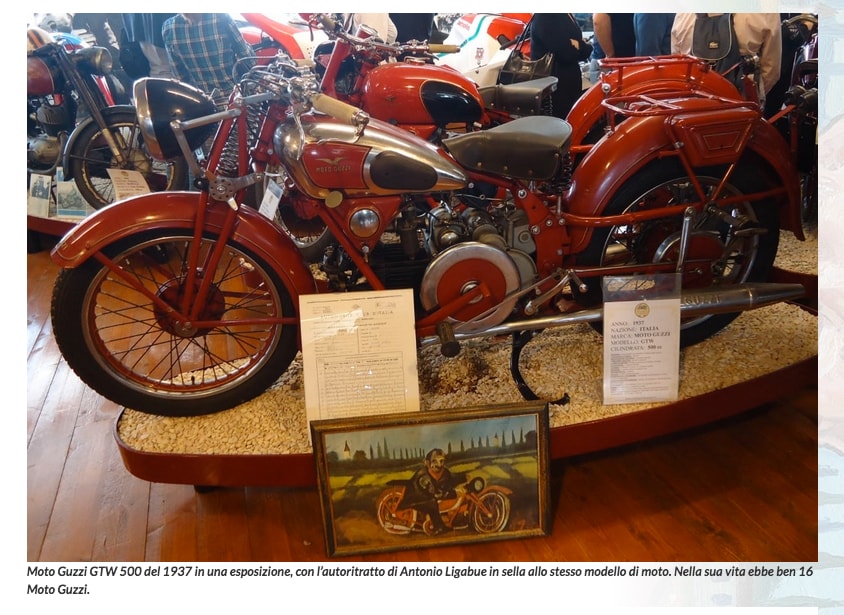 “Volevo Nascondermi” tells the story of a painful life which gives birth to an art that is an explosion of colours and forms; a way, perhaps the only and indispensable way for the ingenious and tormented artist Ligabue, to escape the suffering of a difficult life, albeit alleviated by the beauty of nature which he transformed in his works, between imaginative and exotic places and animals and more serene scenery of the Reggio Emilia countryside that he rode through on his beloved Moto Guzzi bikes in red livery. 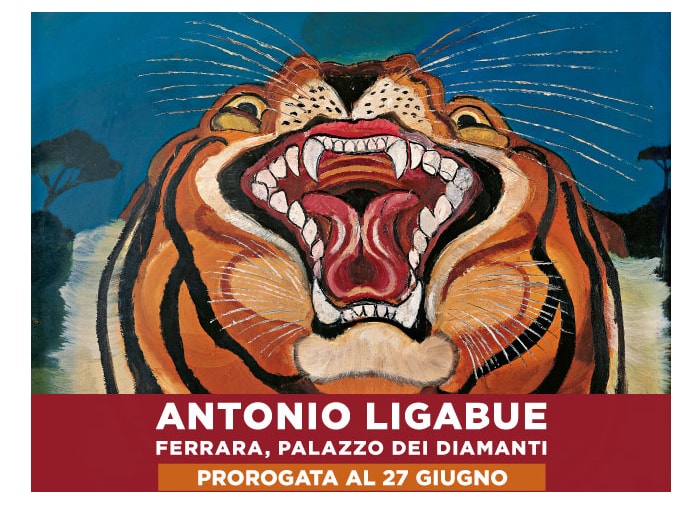 EXHIBIT AT THE PALAZZO DEI DIAMANTI, FERRARA (ITALY). Antonio Ligabue was one of the most original artists of the twentieth century, capable of moving us with a brush of colour and transporting us into his authentic and visionary world. Born in Zurich, after a difficult childhood and adolescence, he was expelled from Switzerland and in 1919 he arrived in Gualtieri, in the Reggio Emilia province, homeland of his adoptive father. Even here, he continued to live a difficult life, marked by hostility, misunderstandings and repeated admissions to psychiatric hospitals. But Ligabue resisted, finding in art that "safe place" that he had never had before. Painting and sculpting became the means for transforming difficulties into opportunities and to give voice to his thoughts.
The exhibit – “Antonio Ligabue – Una vita d’artista” (Antonio Ligabue – An artist’s life) documents all of Ligabue’s activity through more than one hundred works including paintings, sculptures and drawings, some of which had never before been exhibited.  Through the exhibit, fundamental themes of his research emerge: from the personal diary with self-portraits to his favourite landscapes, from portraits to still lifes, from wild animals to pets, from harsh landscapes to hunting scenes to snowstorms. A tale that places the emphasis on the singularity of his poetry and reveals the natural, pure and instinctive force of his genius. 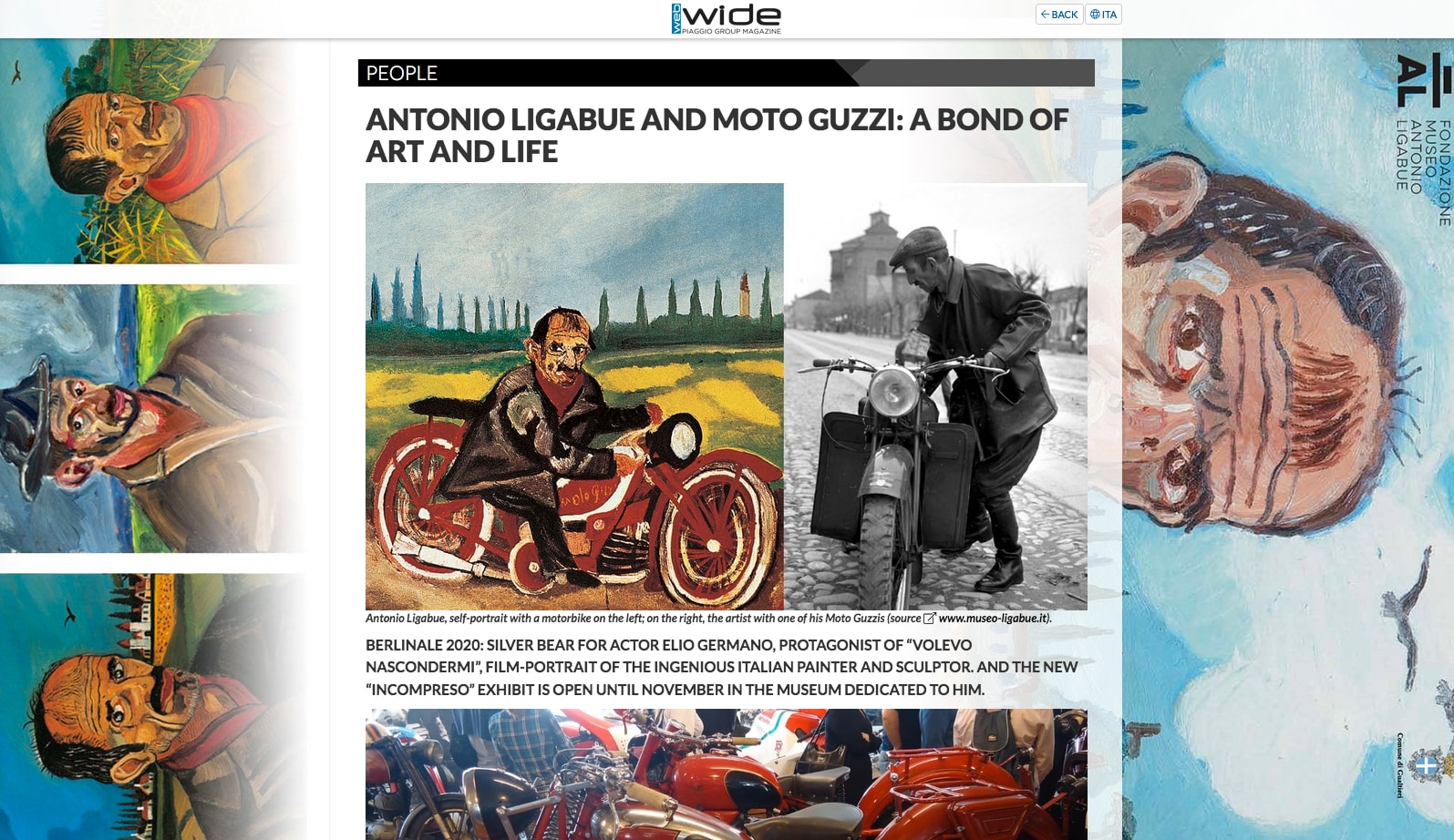